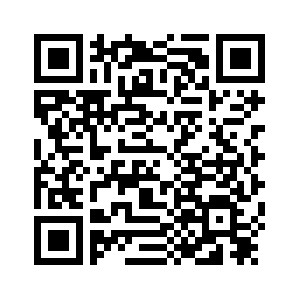 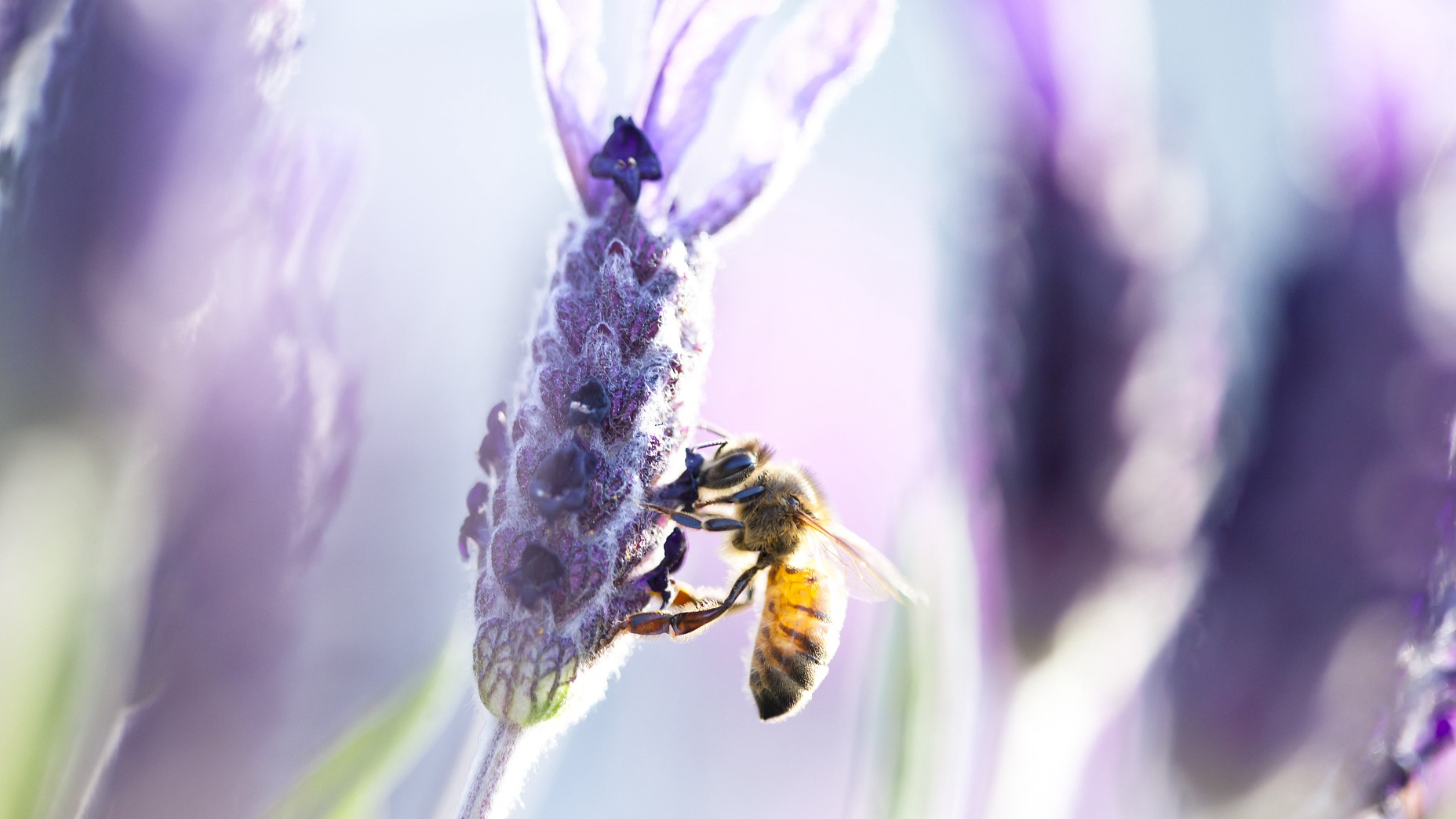 High up in the Bolivian cloud forest, a woman tends to her bees, smoker in hand, working from hive to hive under a canopy of leaves to delicately gather panels of honeycomb. It's a bucolic scene that experts say won't last, for the bees are dying. 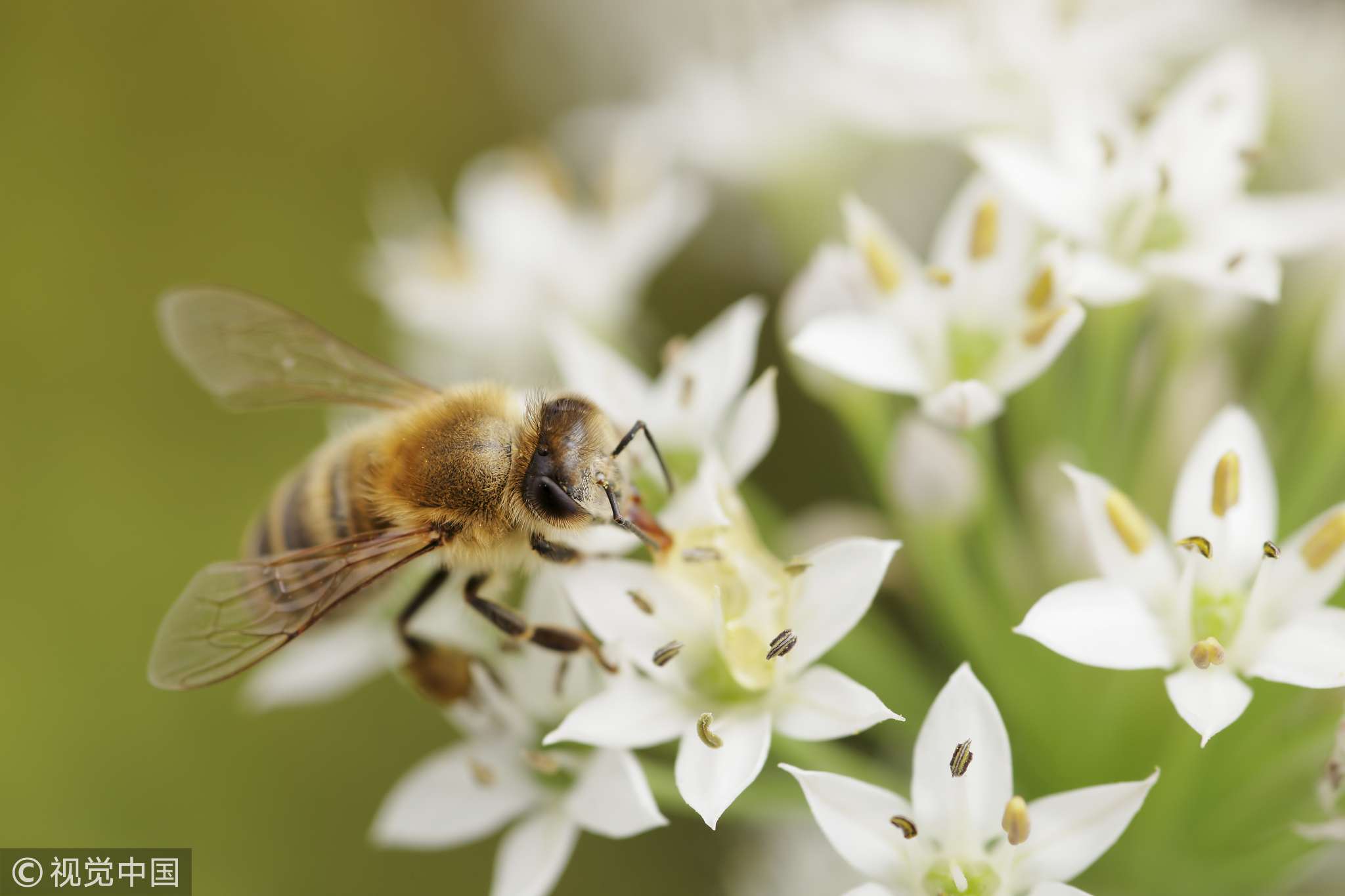 The culprit – as in so many other cases across the world – is pesticide. The difference in Bolivia is that pesticide use, along with the coca plantations it is being used to protect, is on the rise.
Environmentalists and beekeepers like Rene Villca say the bee population is being decimated by massive and intensive use of chemical pesticides to protect the region's biggest cash crop.
In the idyllic Nor Yungas region north of the cloud-high capital La Paz, the pesticides are taking a toll on Villca's hives.
"Of the 20 hives I have, 10 are producing normally and 10 are not."
On another part of the mountain where Nancy Carlo Estrada tends to her bees, a canopy of protective netting around her head, Exalto Mamami wades through a waist-high coca plantation, pumping out liquid pesticide from a canister on his back, face covered with a long cloth against harmful blowback from the spray.
He is all too aware of the pesticide's toxicity, but has other priorities. 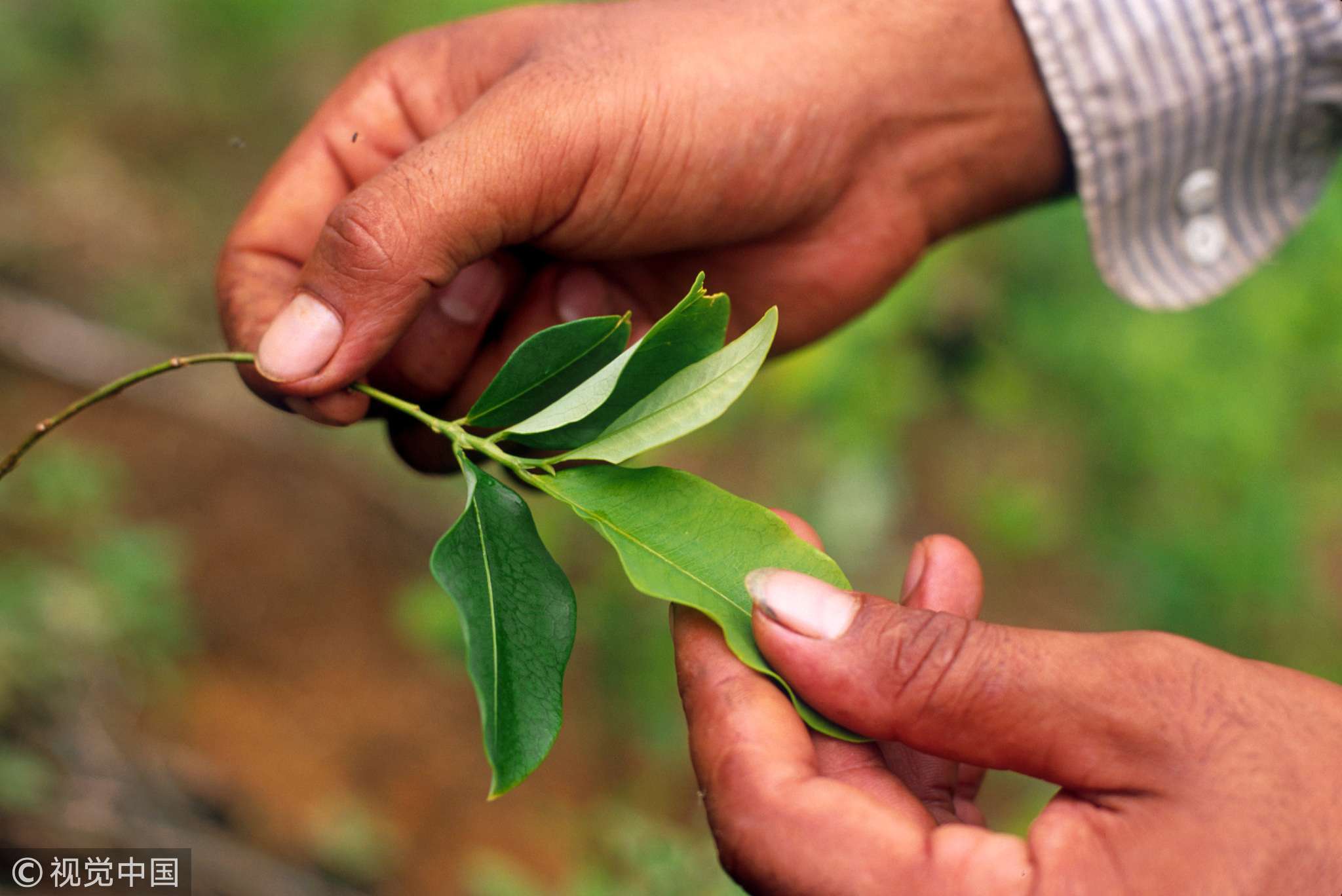 Coca leaves are very much a part of Bolivian culture. /VCG Photo

Coca leaves are very much a part of Bolivian culture. /VCG Photo

"We use pesticides because the pests eat through the coca leaves and this affects our income. The plants can dry out and that way we as coca farmers lose out economically," said Mamani.
The sale of coca leaves – the base component of cocaine – is legal in this part of Bolivia and sold openly for traditional use in the local towns. They are chewed, used for making teas, and in religious and cultural ceremonies. 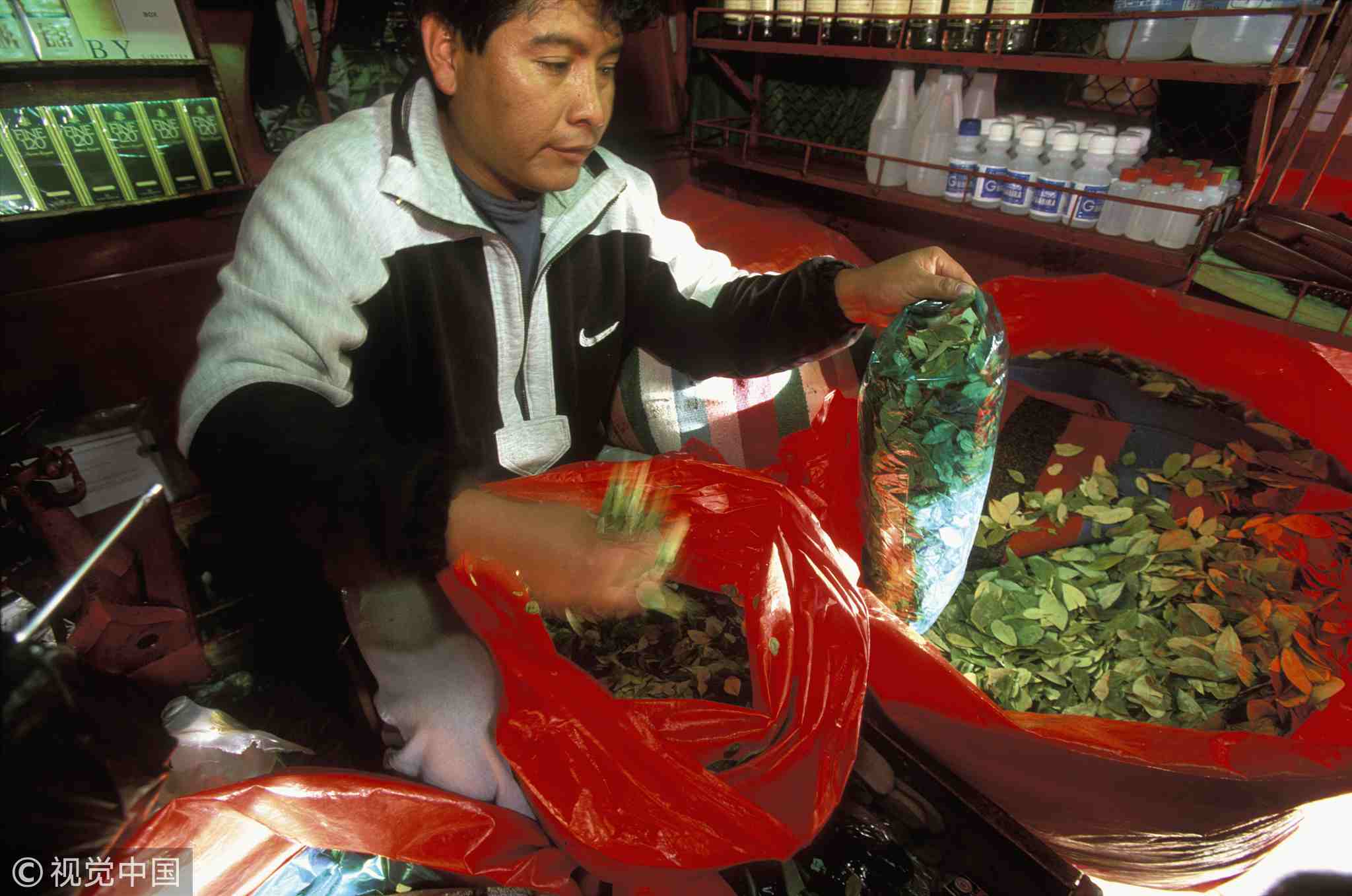 According to the latest survey by the UN Office on Drugs and Crime, Bolivia has 24,500 hectares under coca cultivation, an increase of 7.0 percent in a year. The government is collaborating with the UNODC in alternate development programs but despite this, between 35 and 48 percent is destined for cocaine production.

On the steep slopes of the region's valleys, the lush forest is pockmarked with small plots of coca arranged in terraces. 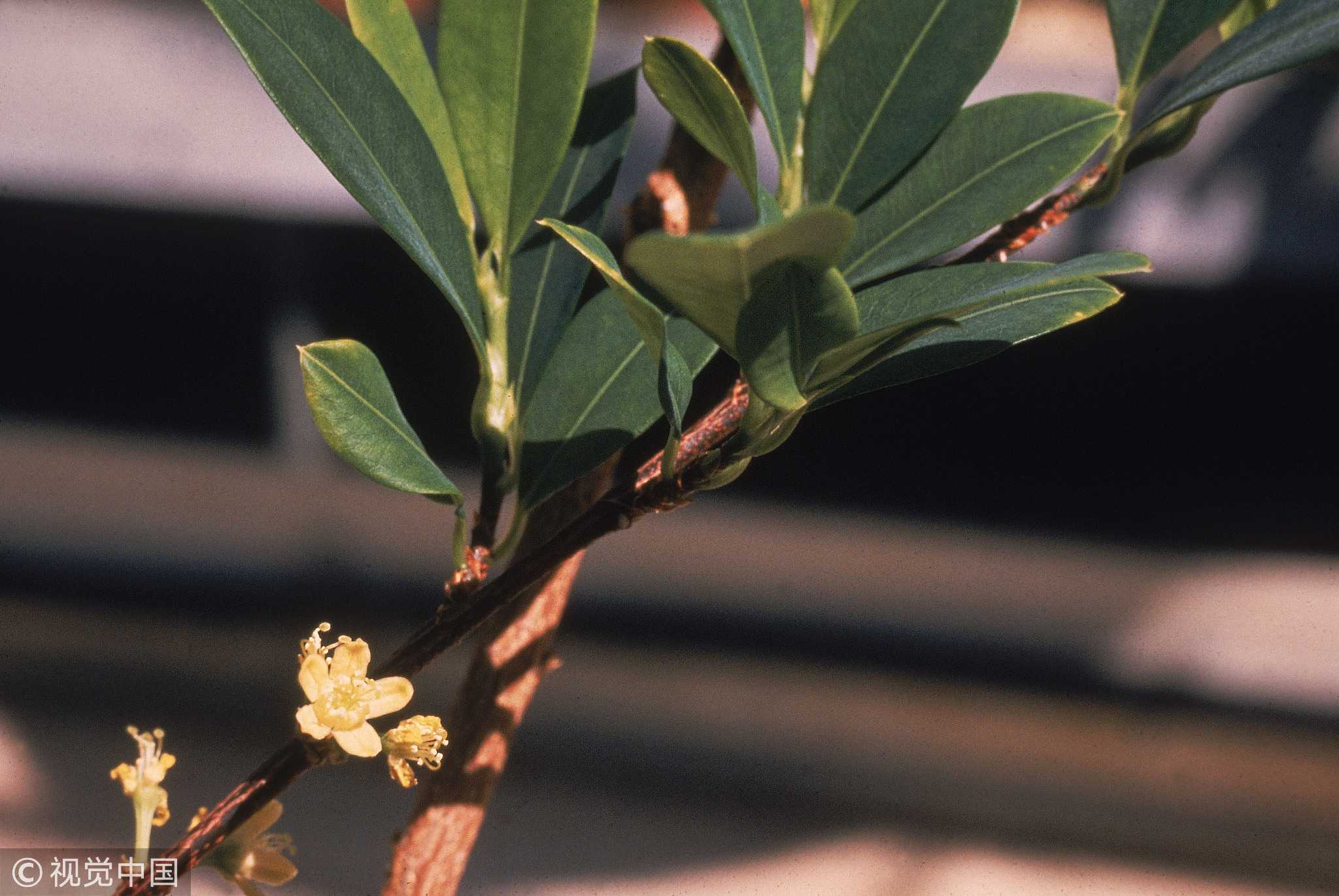 "The area of coca cultivation has expanded and the native forest has been reduced to alarming levels," said Miguel Limachi, an entomologist at La Paz's San Andres University.
Limachi says the expansion of coca cultivation has helped to destroy other plants that provide a natural defense against the coca-leaf pests, particularly the Tussock moth. 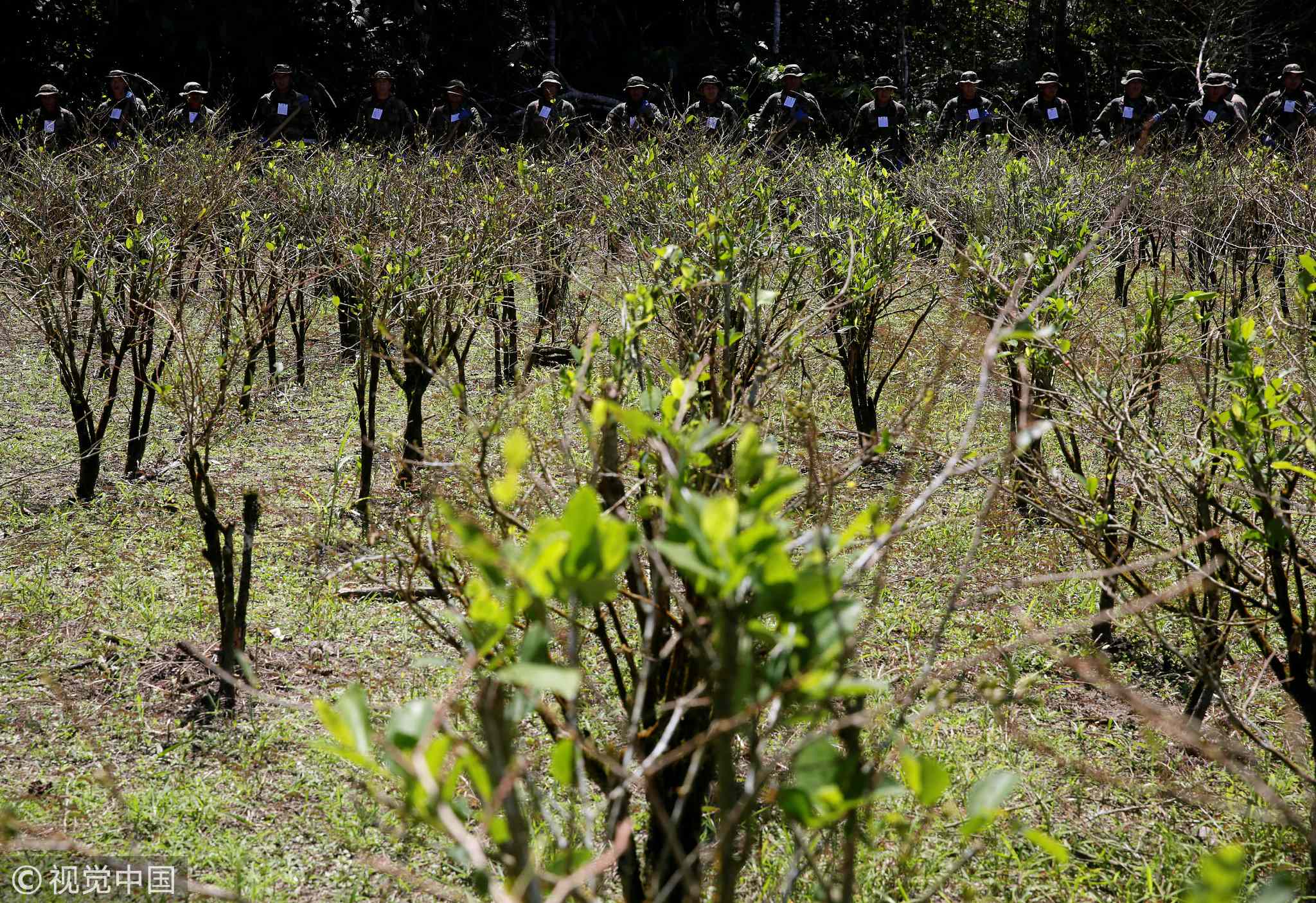 Members of police task forces are seen in Villa Cristal during an eradication drive against coca plants program in the Chapare region, Bolivia. /VCG Photo

Members of police task forces are seen in Villa Cristal during an eradication drive against coca plants program in the Chapare region, Bolivia. /VCG Photo

In other parts of the Andes, the pale moth has been used as a biological weapon against coca cultivation.
"A monoculture is more at risk from pests or fungi because there is no longer native vegetation – there are no natural controllers," Limachi explained. "And then more pesticides are used in higher concentrations."
Harmful organophosphates in the pesticides mean the bees – "a social insect and extremely organized," according to Limachi – become disorganized, and less able to feed and care for larvae.
In recent years across the globe, bees have been mysteriously dying off from "colony collapse disorder" blamed party on pesticides, but also on mites, viruses and fungi. 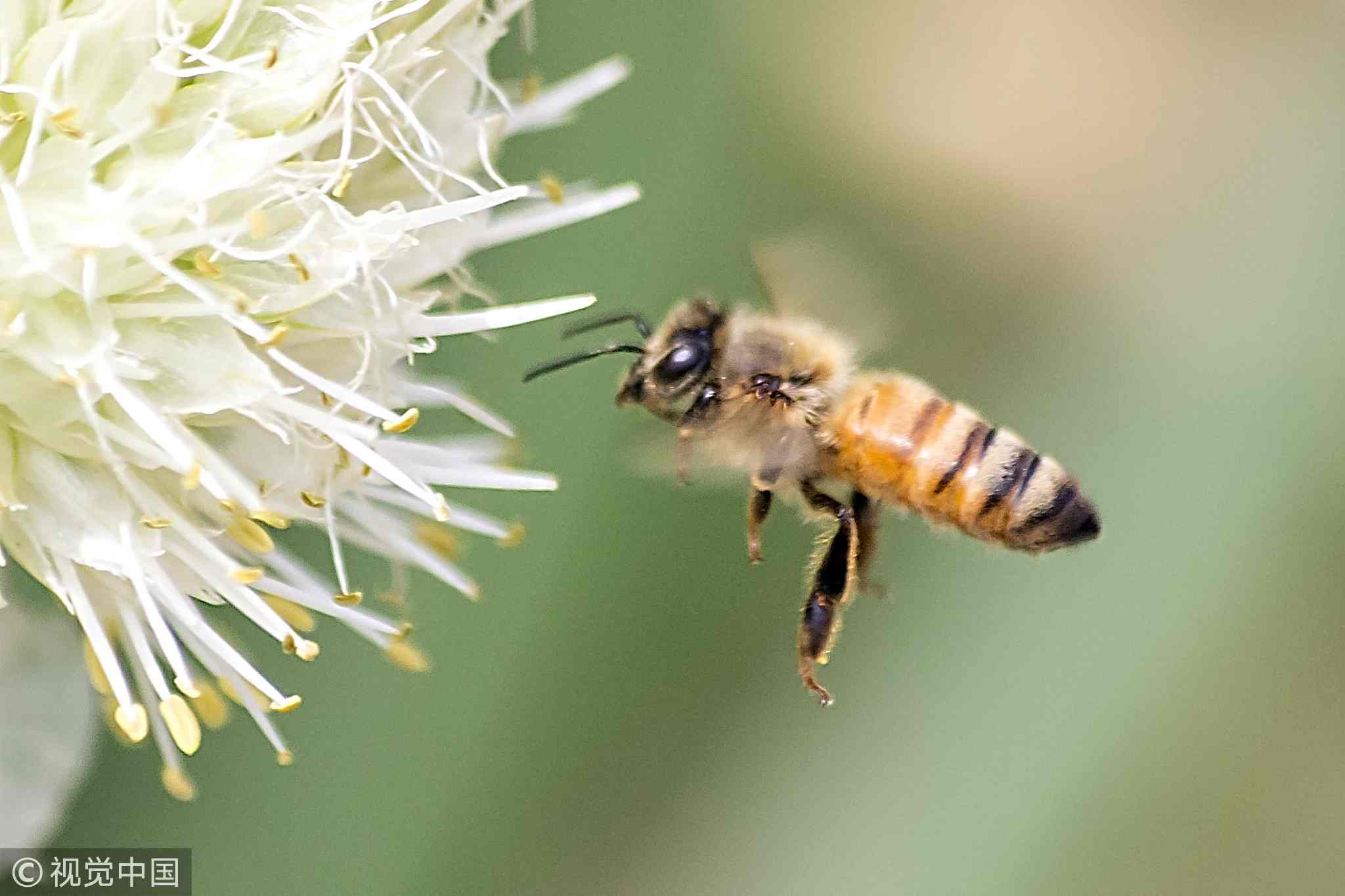 Bees have been mysteriously dying off from "colony collapse disorder." /VCG Photo

Bees have been mysteriously dying off from "colony collapse disorder." /VCG Photo

The danger of increased pesticide use in the Bolivian highlands is that they "remain in the soil, on the surface of the plants and obviously contaminate all the organisms present – both the growers themselves, their children and their families, and the wildlife," Limachi told AFP.
Pesticides are also used to protect other crops in the country such as coffee plantations and some tropical fruits.

Growers have no choice

For Exalto Mamani, there is no other option but to use pesticides.
"Many of the coca growers are aware that we are affecting the environment with these chemicals, but we have no other alternative because the coca supports us and gives us the economy to support our family," he said. 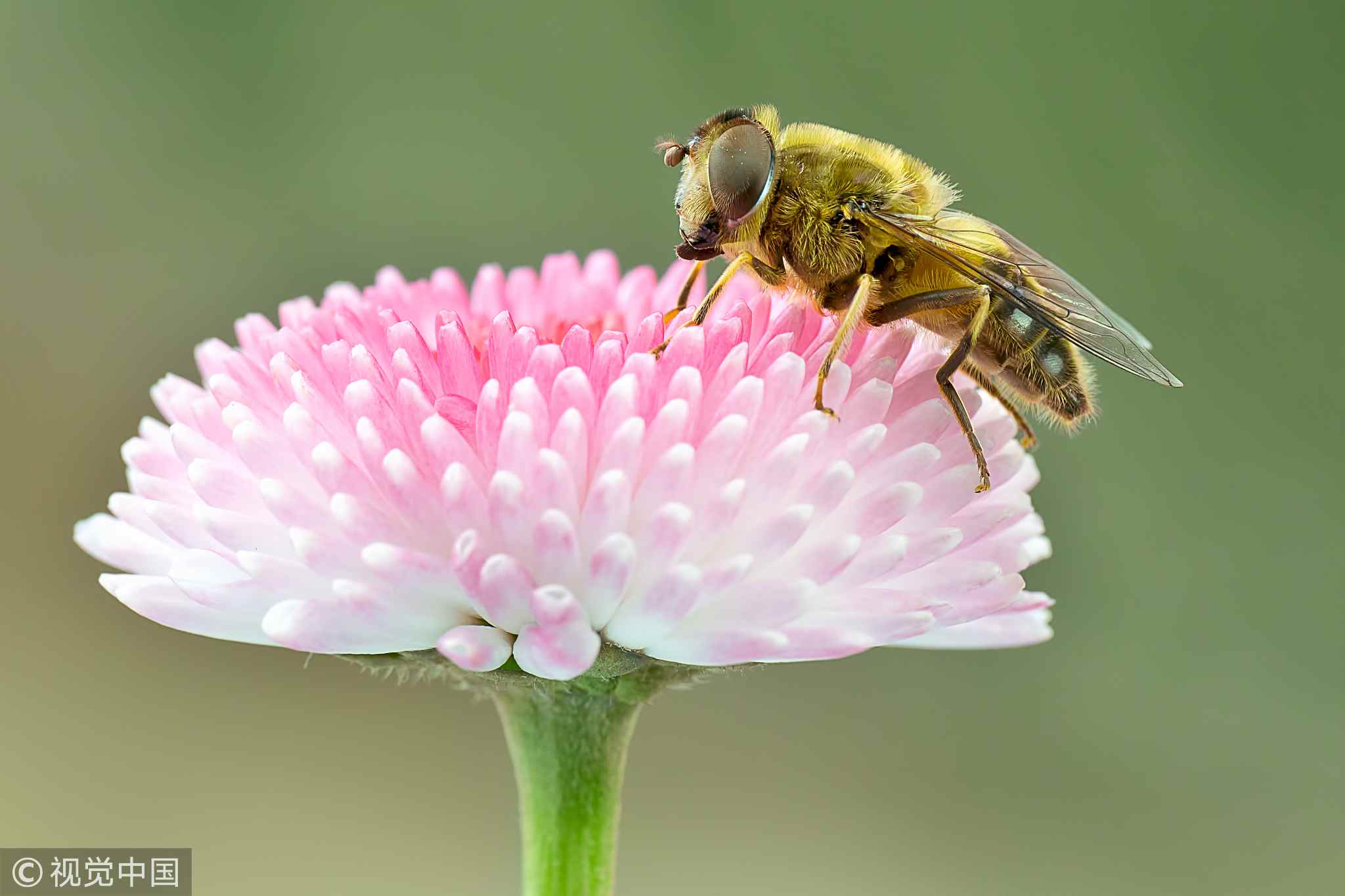 Bees are important to the food chain. /VCG Photo

Bees are important to the food chain. /VCG Photo

He says climate change has meant coca leaf pests are on the increase.
Limachi agrees that climate change has played a role in reducing bee populations.
"Very dry years and other years that have too much rain change the availability of flowers from which the bees use to feed the hives," he said.
Other human factors also play a role, he said.
"Electromagnetic pollution, the emission of cellular waves, microwaves, radios, television...all that can affect their communication and the operation of the hive because they interrupt processes such as food collection, care of the larvae or cleanliness of the colony," said Limachi. 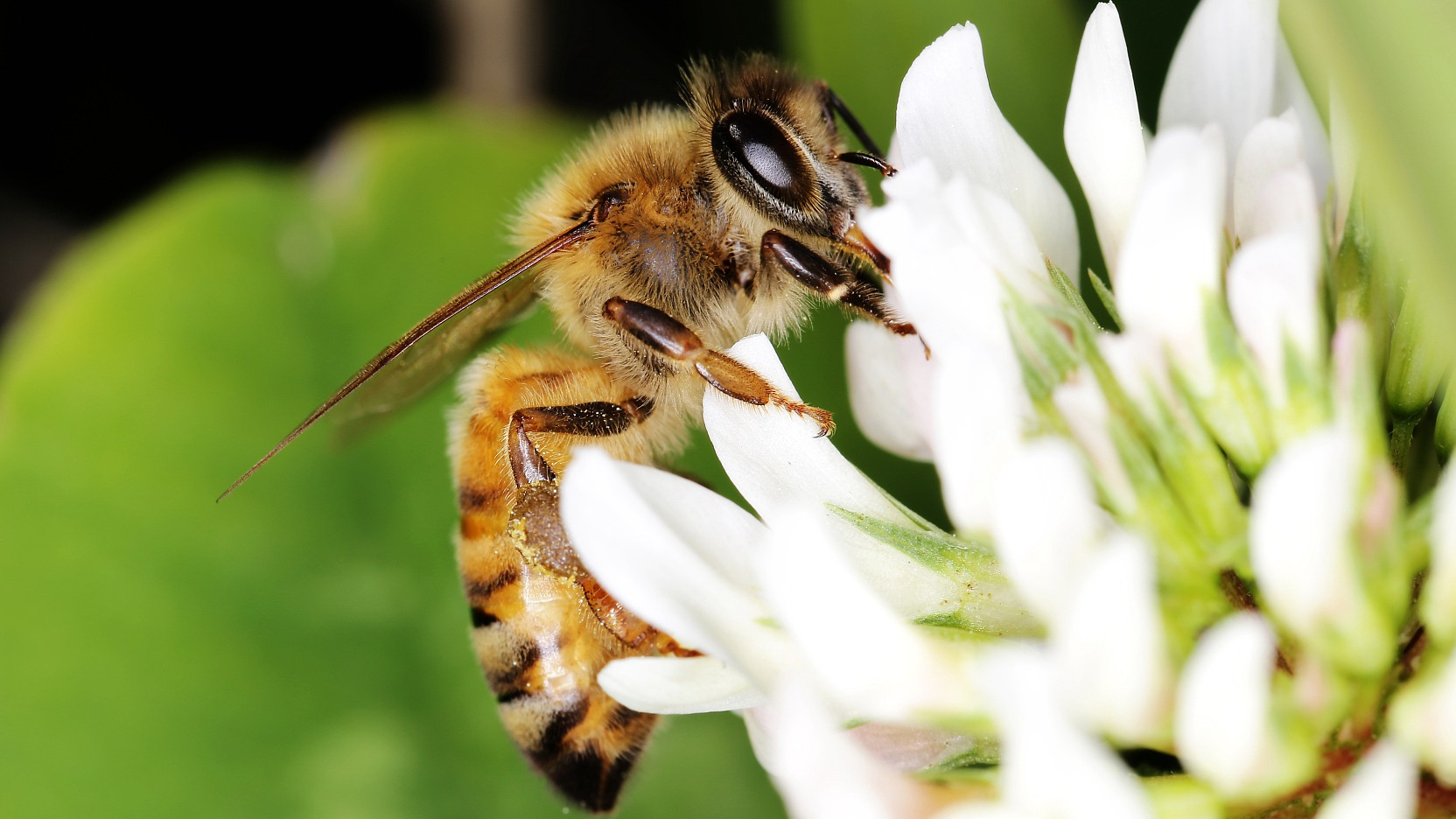 Very dry years and other years that have too much rain change the availability of flowers from which the bees use to feed the hives. /VCG Photo

Very dry years and other years that have too much rain change the availability of flowers from which the bees use to feed the hives. /VCG Photo

On the lush steep slopes around Coroico, beekeeper Villca has no doubt about the immediate threat to his bees.
"We hope that the coca producers realize the value of this golden insect," he said.
Source(s): AFP