Fighting against climate change: Time to agree to the game's rules
Damian Ryan 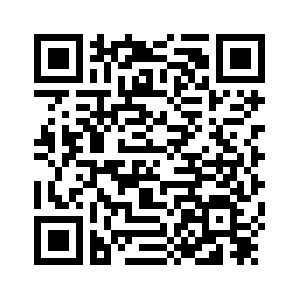 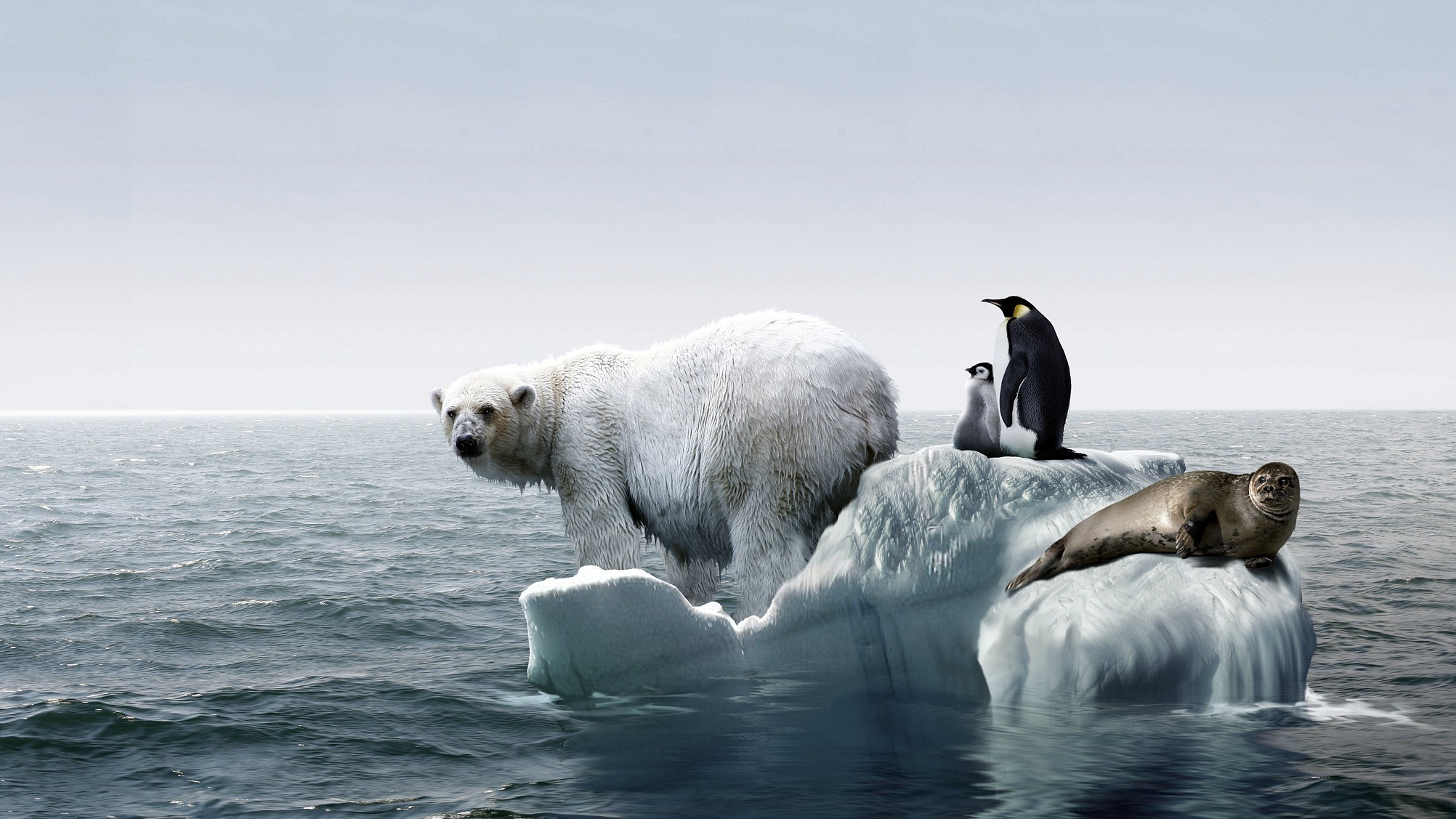 Editor's note: Damian Ryan is Director for Strategy at The Climate Group. The article reflects the author's opinions, and not necessarily the views of CGTN.
The annual UN climate conference, otherwise known as COP24, is currently underway in Katowice, Poland.
The summit has two principal goals. The first is to agree to the so-called "Paris Rulebook" – effectively the guidelines that will allow countries to fully implement the Paris Agreement that was signed in 2015. The second is to send a clear political signal that governments are committed to increasing the level of climate ambition in 2020 – the first "ratchet" moment agreed on in Paris.
On paper, delivering both objectives should be straightforward and uncontroversial. The rules under negotiation are essentially technical in nature, while the need for increased ambition is scientifically undisputed in the wake of recent reports, such as that produced by the Intergovernmental Panel on Climate Change (IPCC). 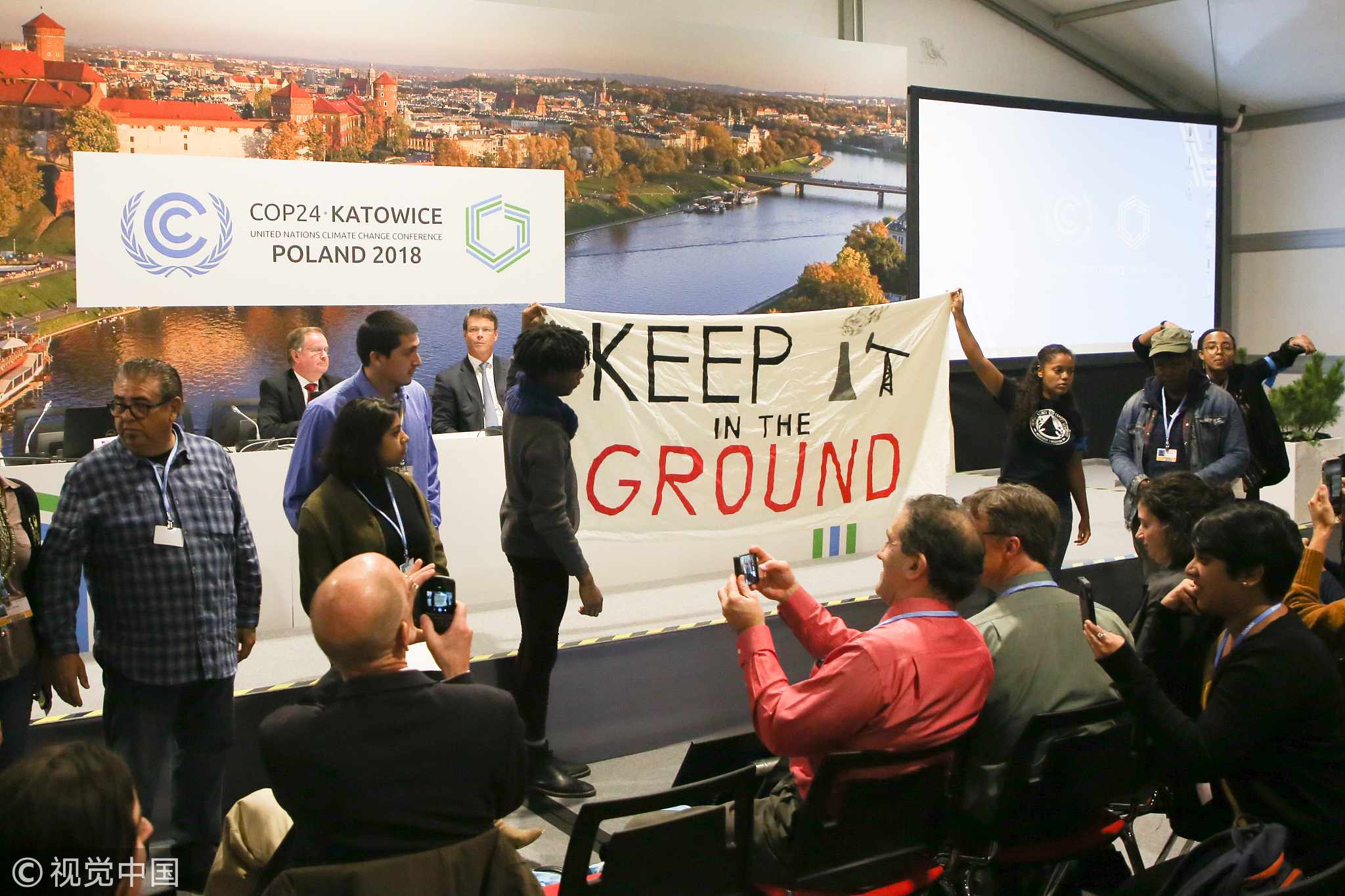 Demonstrators erupted at COP24 after Wells Griffith said the U.S. will not be rejecting coal mining or fossil fuel use in Katowice, Poland, December 10, 2018. /VCG Photo

Demonstrators erupted at COP24 after Wells Griffith said the U.S. will not be rejecting coal mining or fossil fuel use in Katowice, Poland, December 10, 2018. /VCG Photo

The reality, however, is that the post-Paris "glow," which previously characterized talks, has now waned and climate negotiations are again subject to today's international political realities.
The biggest shadow cast across the talks is the position of the U.S. and President Trump's decision to withdraw from the Paris Agreement. The rules of the agreement mean that the U.S. won't formally leave until 2020, but the messaging, tone and very limited engagement from the White House on climate issues have undoubtedly impacted the shape and ambition of the COP talks.
A key dividing line that is again re-emerging as part of the rulebook negotiations (due largely to the absence of a progressive U.S. position) is the respective responsibility of developed and developing countries in tackling climate change. 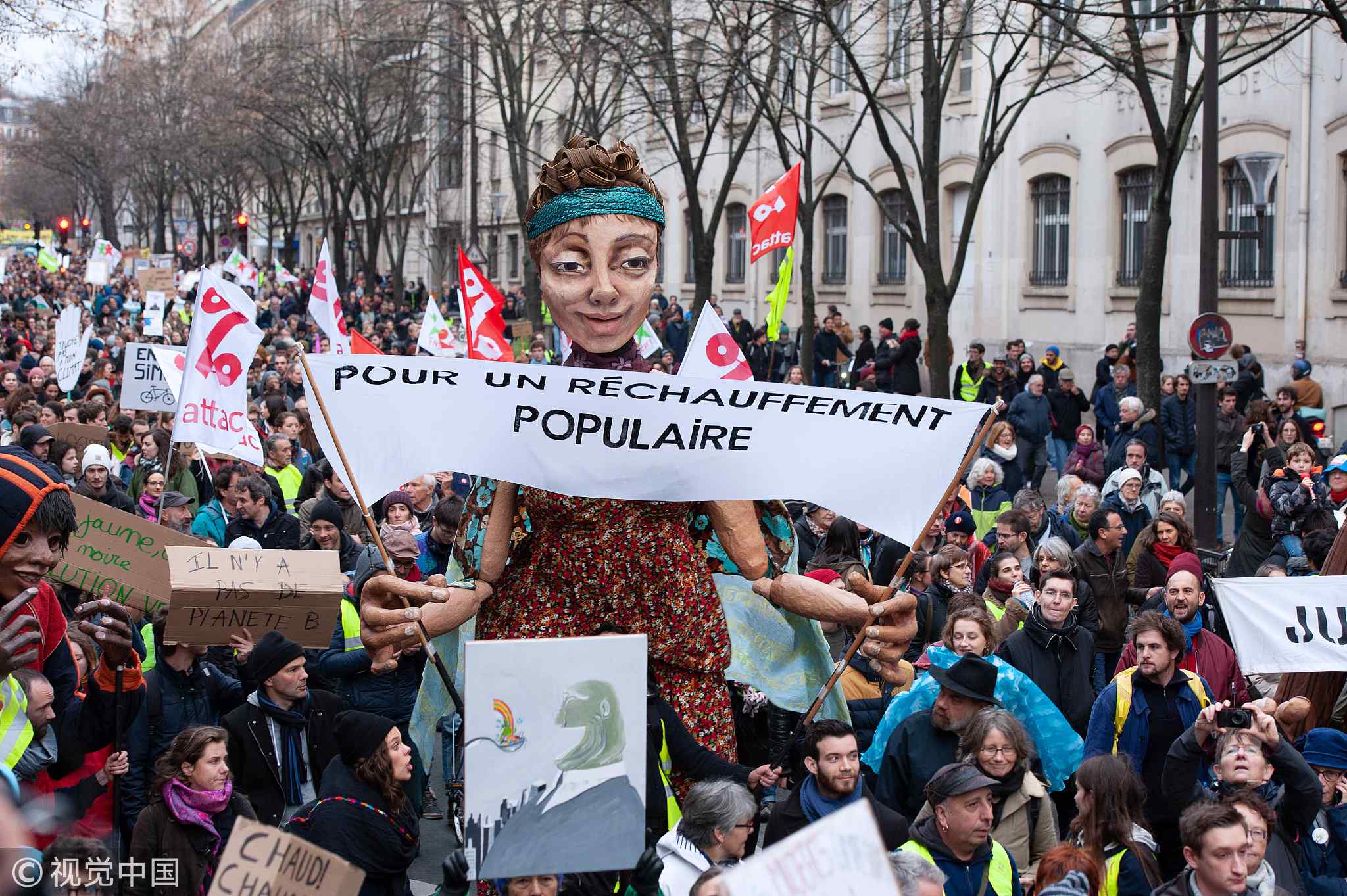 In Paris, the March for the climate brought 25,000 people together in a festive atmosphere on December 8, 2018. /VCG Photo

In Paris, the March for the climate brought 25,000 people together in a festive atmosphere on December 8, 2018. /VCG Photo

Obama administration officials had worked hard with their Chinese counterparts to craft an outcome in Paris that ensured all countries committed to taking action but in ways that reflected their different circumstances and capabilities. President Trump's decision to leave the agreement has effectively upended that deal.
There is a risk now that a regime emerges which effectively has different rules for developed and developing countries. This would be a problem since, to use a sporting analogy, any game where teams use different rules just results in chaos.
Extending the sporting analogy, what's needed is not different rules for the teams but a handicap system that recognizes that some countries will need help and more time before they can play the full game. 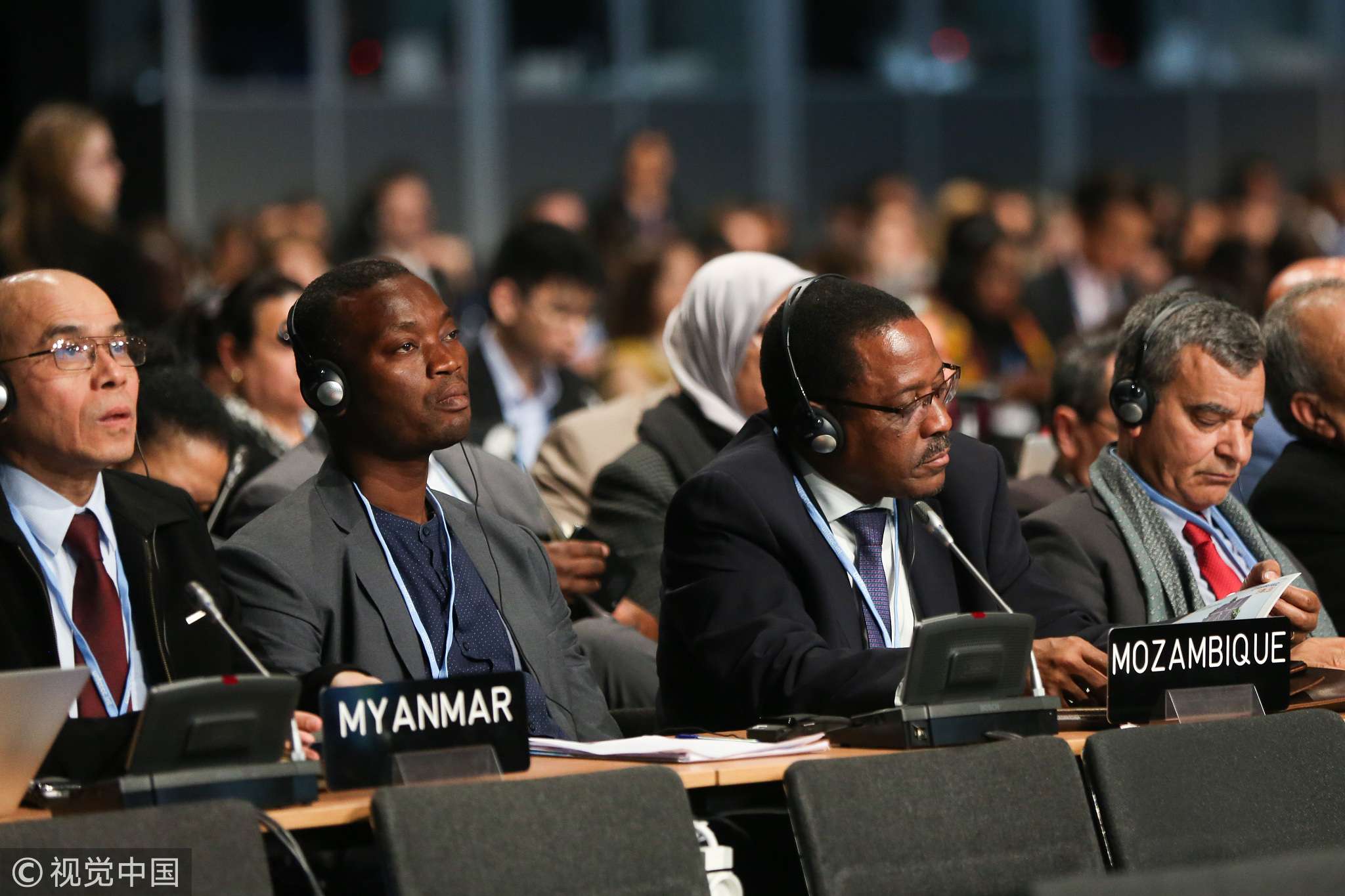 Delegations during COP 24, the 24th Conference of the Parties to the United Nations Framework Convention on Climate Change in Katowice, Poland, on December 10, 2018. /VCG Photo

Delegations during COP 24, the 24th Conference of the Parties to the United Nations Framework Convention on Climate Change in Katowice, Poland, on December 10, 2018. /VCG Photo

Some countries – notably those with a heavy reliance on fossil fuel exports – have little incentive to accelerate climate action, so are aligning with the Trump administration's position to help slow progress and limit ambition. This is a mistake, not least because it will make it very difficult for a future and more enlightened U.S. to re-join Paris (i.e., if it sees that China gets to play by different rules) and so ultimately undermine the kind of collective climate action we desperately need.
One good bit of news is that while national governments have dithered, many other actors, including businesses, cities, investors and state and regional governments have stepped up their climate action this year.
From businesses committing to sourcing 100 percent of their power from renewable sources to others switching their fleets to electric vehicles, like China's Baidu, or the subnational governments committed to cutting their emissions by up to 90 percent, there is undoubtedly a groundswell of ambitious climate action around the world.
In Katowice, national governments need to build on this leadership and ambition shown by non-state actors. By setting the climate rules that the world needs, COP24 can mark a pivotal point in effectively tackling this century's greatest challenge. It's time for national governments to step up.
(If you want to contribute and have specific expertise, contact us at opinions@cgtn.com.)