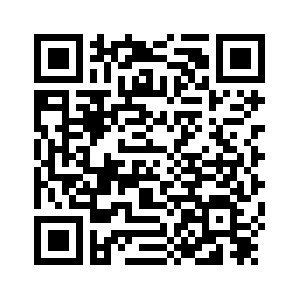 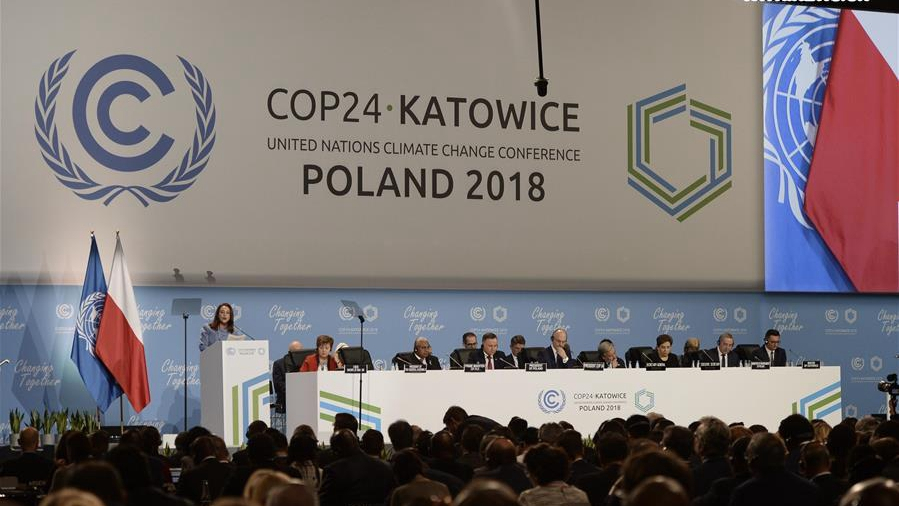 Editor's Note: Jeffrey D. Sachs, Professor of Sustainable Development and Professor of Health Policy and Management at Columbia University, is director of Columbia's Center for Sustainable Development and the UN Sustainable Development Solutions Network. The article reflects the author's opinion, and not necessarily the views of CGTN.
The solution to human-induced climate change is finally in clear view. Thanks to rapid advances in zero-carbon energy technologies, and in sustainable food systems, the world can realistically end greenhouse-gas emissions by mid-century at little or no incremental cost, and with decisive benefits for safety and health. The main obstacle is inertia: politicians continue to favor the fossil-fuel industry and traditional agriculture mainly because they don't know better or are on the take.
Most global warming, and a huge burden of air pollution, results from burning fossil fuels: coal, oil, and gas. The other main source of environmental destruction is agriculture, including deforestation, excessive fertilizer use, and methane emissions from livestock.
The energy system should shift from heavily polluting fossil fuels to clean, zero-carbon energy sources such as wind and solar power, and the food system should shift from feed grains and livestock to healthier and more nutritious products. This combined energy-and-food transformation would cause net greenhouse-gas emissions to fall to zero by mid-century and then become net negative, as atmospheric carbon dioxide is absorbed by forests and soils.
Reaching net-zero emissions by mid-century, followed by negative emissions, would likely secure the goal of limiting global warming to 1.5 degree Celsius relative to Earth's pre-industrial temperature. Alarmingly, warming has already reached 1.1 degree Celsius, and the global temperature is rising around 0.2 degree Celsius each decade.
That's why the world must reach net-zero emissions by 2050 at the latest. The shift toward clean energy would prevent hundreds of thousands of deaths each year from air pollution, and the shift to healthy, environmentally sustainable diets could prevent around ten million deaths per year. 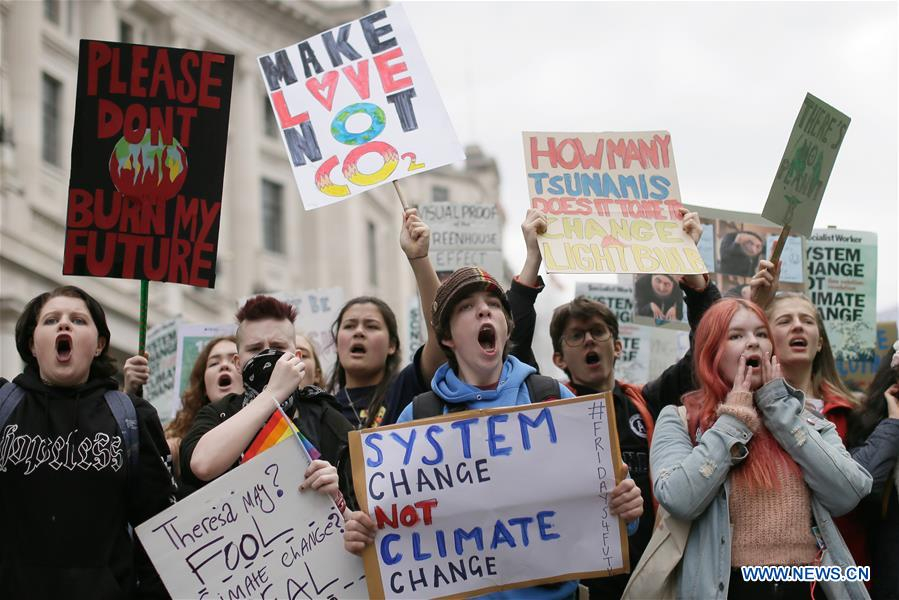 A low-cost shift to clean energy is now feasible for every region of the world, owing to the plummeting costs of solar and wind power, and breakthroughs in energy storage. The total system costs of renewable energy, including transmission and storage, are now roughly on par with fossil fuels.
Yet fossil fuels still get government preferences through subsidies, as a result of incessant lobbying by Big Coal and Big Oil, and the lack of planning for renewable alternatives.
The key step is a massive increase in power generation from renewables, mainly wind and solar. Some downstream energy uses, such as automobile transport and home heating, will be directly electrified.
Other downstream users – in industry, shipping, aviation, and trucking – will rely on clean fuels produced by renewable electricity. Clean (zero-emission) fuels include hydrogen, synthetic liquids, and synthetic methane. At the same time, farms should shift toward plant-based foods.
Asia's continued construction of coal plants, together with ongoing deforestation in Southeast Asia, Africa, and Brazil, is putting our climate, air, and nutrition at huge and wholly unnecessary risk.
In the United States, the Trump administration's promotion of fossil fuels, despite American's vast renewable-energy potential, adds to the absurdity. So does the renewed call by Brazil's new populist president, Jair Bolsonaro, to develop – that is, to deforest – the Amazon.
So, what to do? 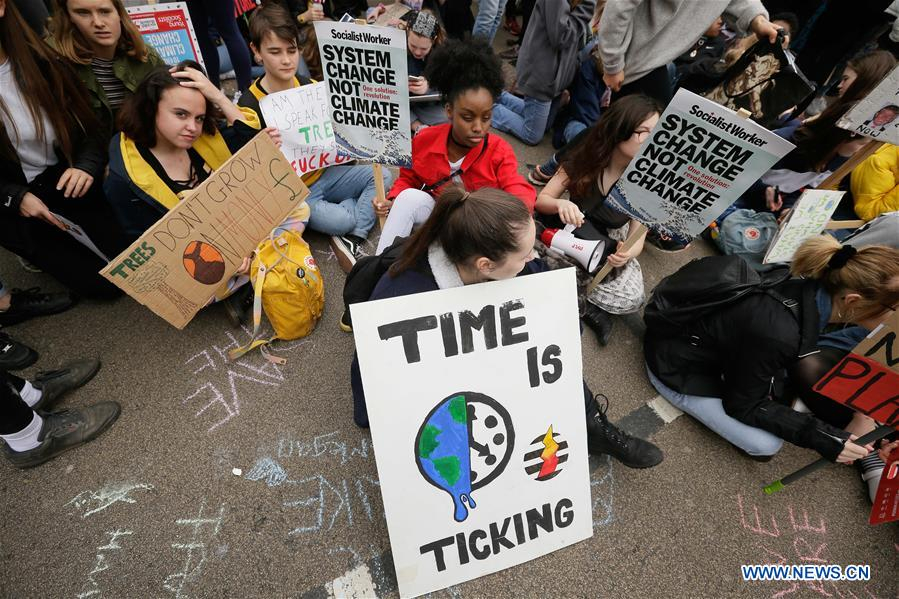 The most urgent step now is to educate governments and businesses. National governments should prepare technical engineering assessments of their countries' potential to end greenhouse-gas emissions by mid-century. And businesses and banks should urgently examine the technologically compelling case for clean, safe energy and food systems.
An important new study shows that every world region has the wind, solar, and hydropower potential to decarbonize the energy system. Countries at higher latitudes, such as the U.S., Canada, northern European countries, and Russia, can tap relatively more wind than tropical countries. All countries can shift to electric cars, and power trucks, ships, planes, and factories on new zero-carbon fuels.
This energy transition will create millions more jobs than will be cut in the fossil-fuel industries. Shareholders in companies like ExxonMobil and Chevron that refuse to acknowledge the coming energy transition will end up paying a heavy price. Their ongoing fossil-fuel investments will be stranded assets in future years.
Governments and utility commissions should require that all new power-generating capacity is zero carbon. As old fossil-fuel plants age and are shut down, they should be replaced by clean power generation on a competitive basis, for example through renewable-energy auctions.
Private-sector firms will compete intensively to lower still further the costs of renewable energy systems, including power generation, energy storage, and downstream uses such as electric vehicles, electric heating and cooking, and the new hydrogen economy.
Governments should set limits on emissions, and the private sector should compete to deliver low-cost solutions. Government and business together should finance new research and development to drive costs even lower.
The story with land use is the same. If Bolsonaro really thinks he's going to bring about a Brazilian economic boom by opening the Amazon to further deforestation for soybeans and cattle ranches, he should think again. Such an effort would isolate Brazil and force the major downstream food companies, facing the threat of a massive global consumer backlash, to stop buying Brazilian products.
Consumer foods are going another way. The big news is that Burger King, in a new venture with Impossible Foods, is moving toward plant-based burgers. Impossible burgers taste just like beef burgers, but smart chemistry using plant-based ingredients allows burger lovers to savor their meal while saving the planet.
By transforming our energy and food systems, we can enjoy low-cost power and healthy, satisfying diets without ruining the environment. The high-school kids striking for climate safety have done their homework. Politicians like Trump and Bolsonaro need to do theirs or get out of the way.
Copyright: Project Syndicate, 2019.
(Cover photo: The UN Climate Change Conference in Katowice, Poland, December 3, 2018. /Xinhua Photo)
(If you want to contribute and have specific expertise, please contact us at opinions@cgtn.com.)