Being single is the new norm and China is no exception
By Zhou Jingnan, Zhao Hong 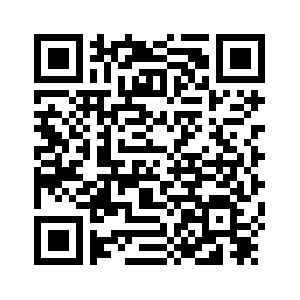 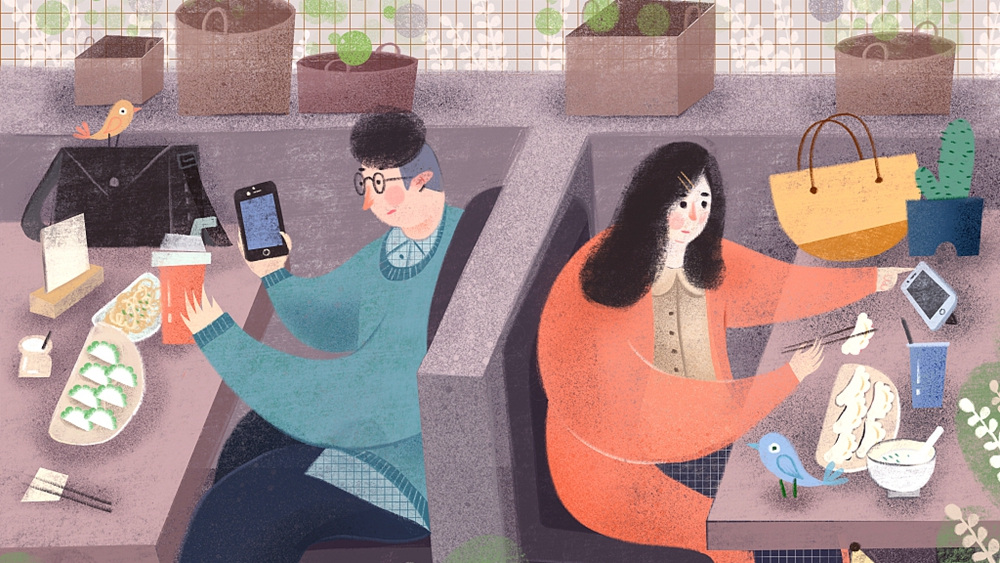 Once perceived as a path to a lifetime of happiness, marriage is now being crossed off the to-do list of people across the world.

Headlines like "More people than ever before are single," "Why more women are staying single," or even "There's never been a better time to be single" are prevalent across media outlets, and range from developed countries to emerging economies.

A 2014 Pew report pointed out, when the current generation of young adults in America reach their mid-40s to mid-50s, a record high share of 25 percent will likely have never been married.

China is no exception in this trend.

Data from the Chinese Ministry of Civil Affairs in 2017 revealed that there are 200 million single people in China and that number is still growing.

"Singledom doesn't necessarily mean being alone forever. In fact, many single people now delay tying the knot. In other words, the percentage of people who stay single at a traditional marrying age is increasing," said Du Peng, Vice President of Renmin University of China, and an expert on aging and population studies, to CGTN Digital. 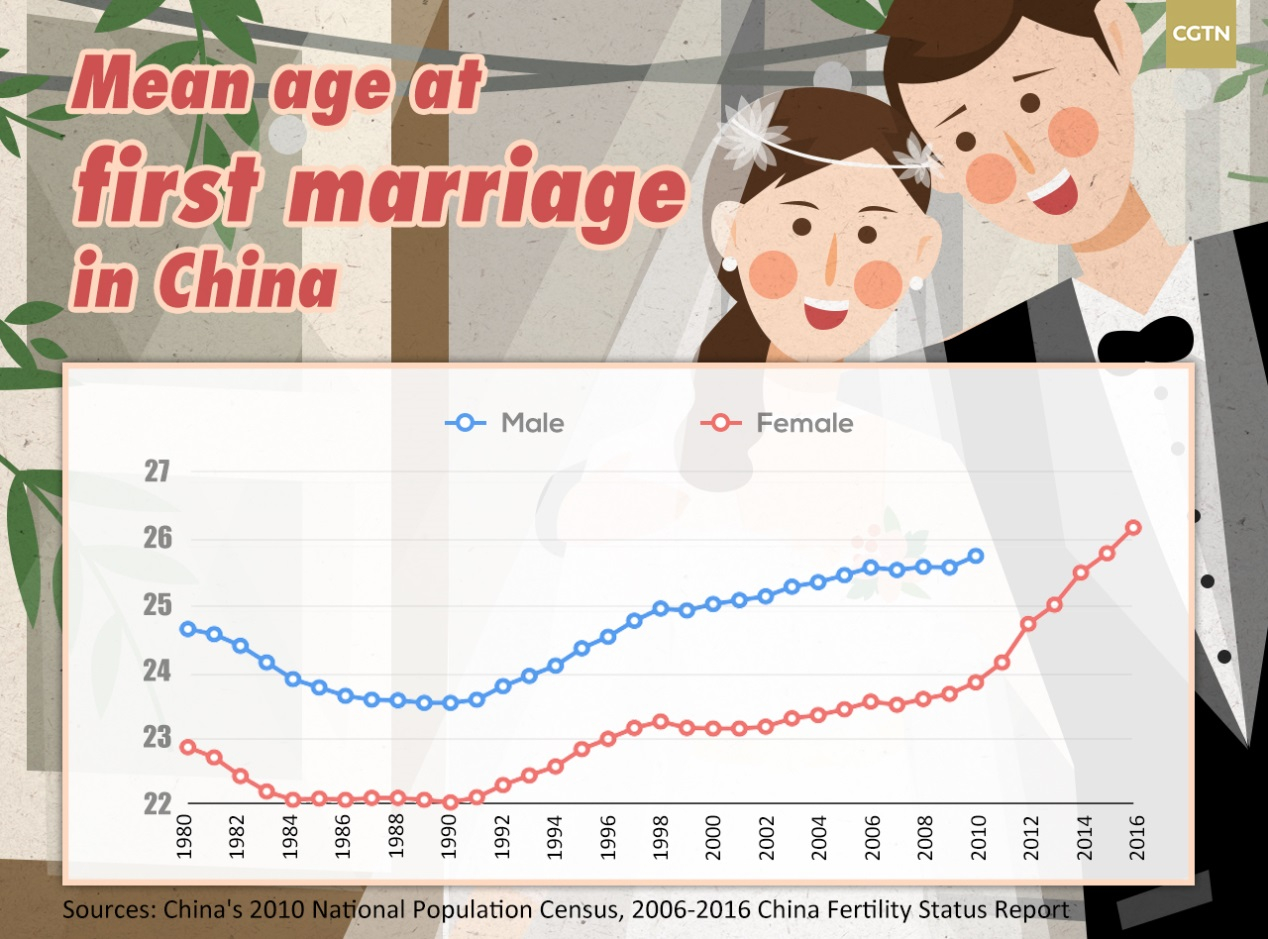 Figures from the National Population Census in 2010 and a 2016 fertility status report show the average age for a first marriage in China has been rising since 1990. Both men and women are marrying later, with the average age for females soaring to 26.3 in 2016 from 22.0 in 1990.

"Staying single or getting married is just a choice, as long as you are comfortable."

The reason given by Zou Xuling, a 30-year-old teacher, on why she's single may be echoed by many.

"Right now, I am feeling comfortable living my single life: I have a satisfying job, supportive parents, friends for life, and the cutest dog in the world! I travel once in a while, spend time enjoying music, movies and painting, and work out in a gym. I have no intention to rush into marriage until I find someone that could double my happiness."

Indeed, being happy in a marriage is becoming more of a priority. Divorces used to have stigmas attached to it in traditional Chinese culture, but nowadays, a growing number of people are choosing to cut ties if their marriage doesn't work. 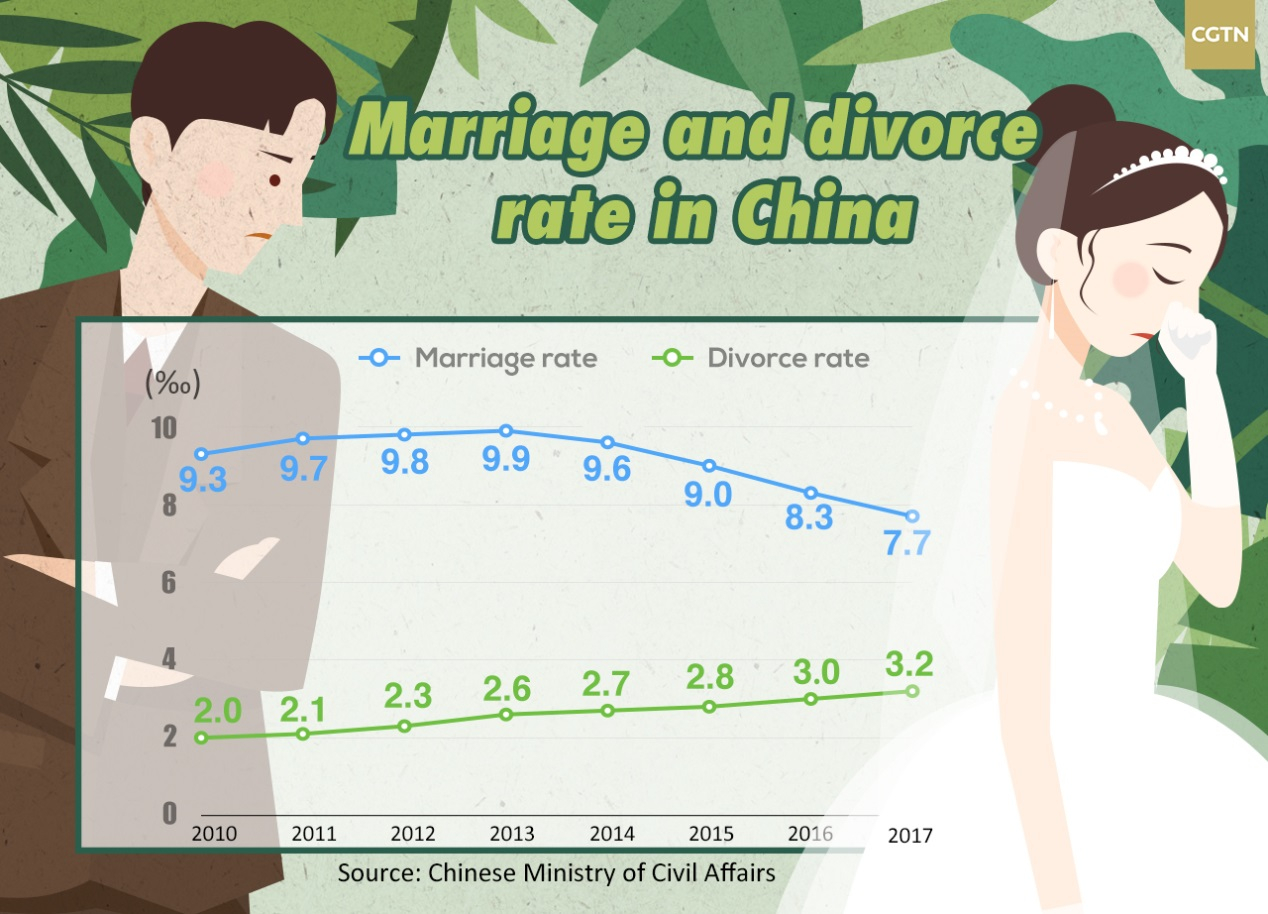 The reasons for being single can vary. For Libra Nie, editor for the website of a state-owned newspaper, it has more to do with kids.

"The thing is, I don't want kids, but if I get married, then my parents would most certainly expect me to have one. Besides, I don't suppose there are quite many girls who are okay with not having children if married. So for me, marriage is basically off the table."

Prof. Du attributed the growing trend of staying single to multiple factors. Economic and social development has equipped women with enough means to live a decent life independently, so they are not in a hurry to find financial support through marriage. Western influences have contributed to a more open attitude towards marriage, while the availability of higher education has naturally postponed the age of graduation, thus leading to late marriages. And the old family planning policy that proposed late marriage and childbearing has also played its role.

Whatever the reason, the willingness to get married among young people, particularly those born in the 1990s and beyond, is not strong.

A 2018 survey with more than 40,000 participants by KnowYourself, a popular WeChat-based account specializing in social psychology, found that people born in the 1990s and 2000s are less likely to think of marriage as a necessity. 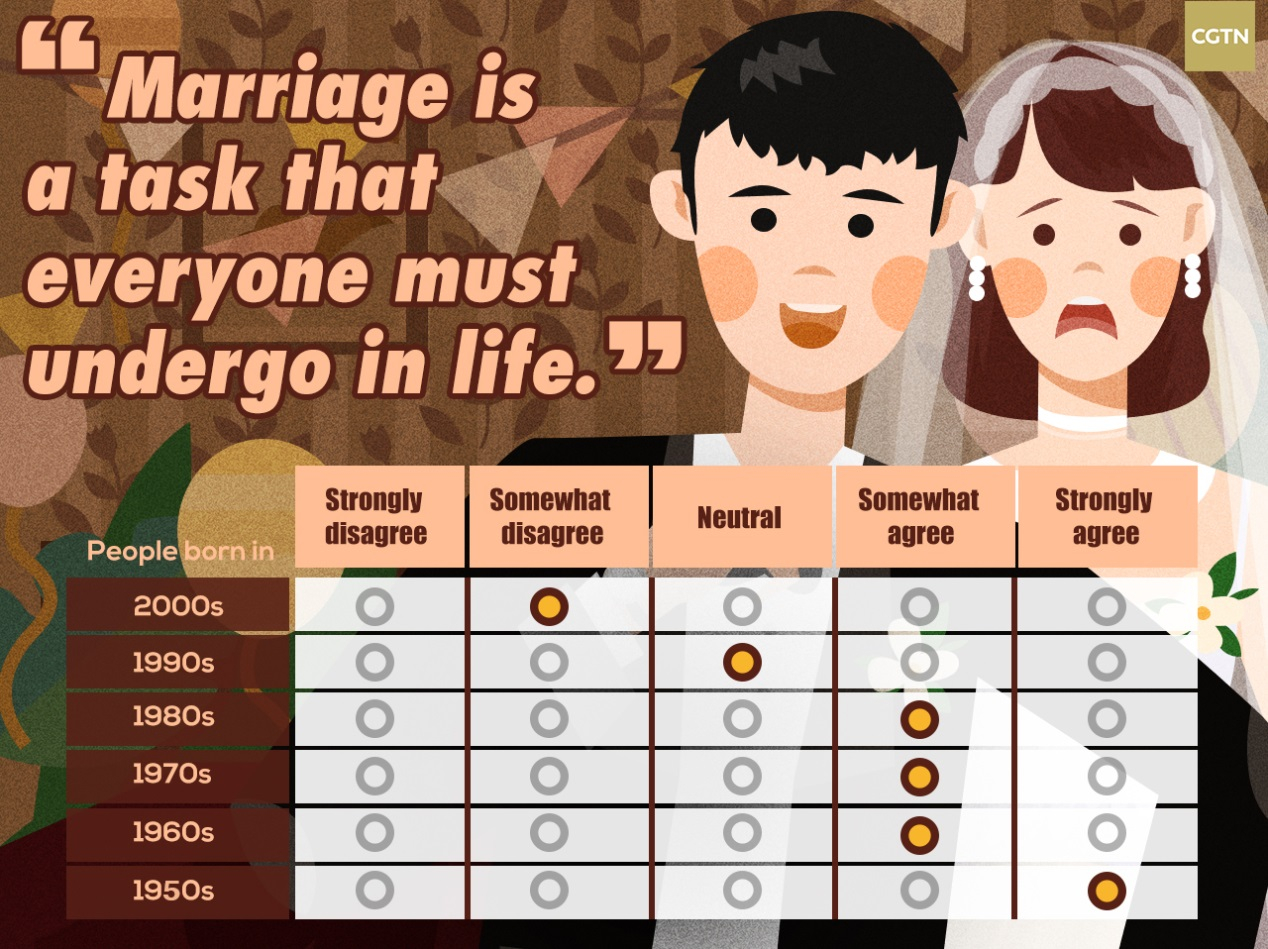 As Prof. Du pointed out, late marriage or singledom are byproducts of China's opening-up and advancements, so it should be viewed with more tolerance. However, in the long run, they do risk incurring negative impacts.

"Late marriage and singledom will further decrease the fertility rate, hence aggravating the aging problem. What's more, the weakening of family bonds might lead to weakened awareness about the nursing of seniors within the family, which will possibly cause social instability."

A plan issued by the Chinese State Council in 2017 predicted that a quarter of the population would be 60 years old or over by 2030.

Prof. Du emphasized that while being understanding of the phenomenon, the government should also adjust its public policies to better cope with it.

He suggested measures including providing more incentives for people to have a second child, implementing more preferential policies towards tax payers so individuals have a stronger sense of security, and reinforcing young people's rights to paid holidays and annual leave through legal means to guarantee their time to be able to engage with their communities. 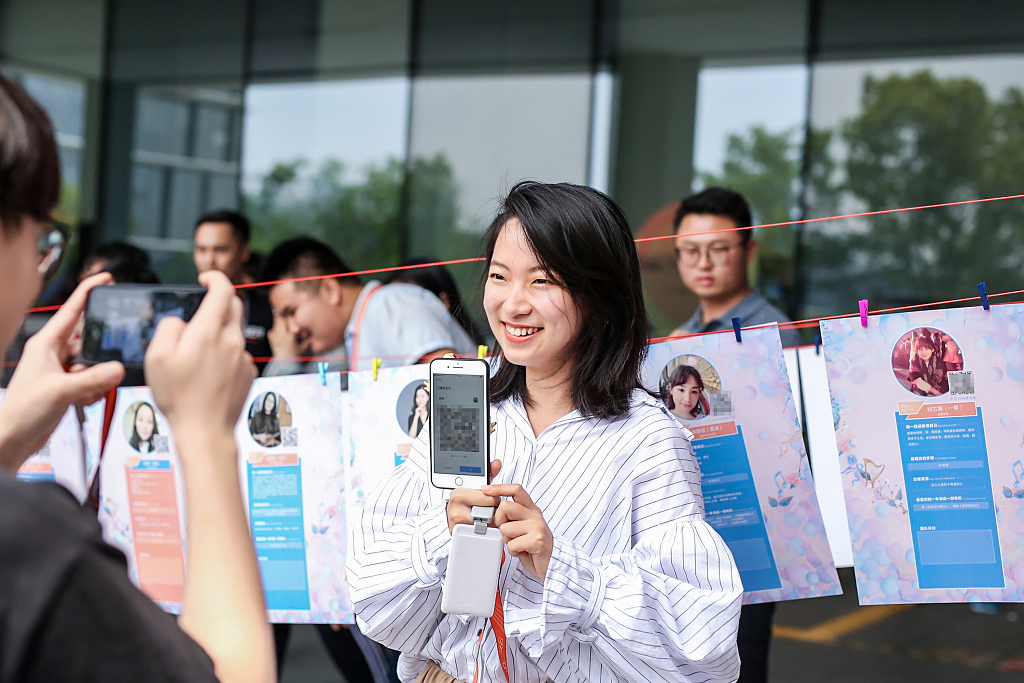 A dating activity organized by China's e-commerce giant Alibaba for its employees in Hangzhou, China, May 10, 2018. /VCG Photo

A dating activity organized by China's e-commerce giant Alibaba for its employees in Hangzhou, China, May 10, 2018. /VCG Photo

The population studies expert added that in the future, as Chinese culture and traditions evolve, it is very likely that de facto marriages and having children while being unmarried will become more acceptable.

Ultimately, it is a personal choice whether or not to get married, but it doesn't negate the fact that there are still many people who are enjoying the beauty of marriage.

As Zhang Jing, a 35-year-old mother and lawyer with a four-year-old daughter said: "To marry a person you love means a sweet relationship being extended to a steady future. Two independent persons 'nest' a family, design and develop it – by raising their children, supporting the elderly, sharing happiness and jointly overcoming difficulties."