Whither the Trans-Atlantic Partnership
James Rae 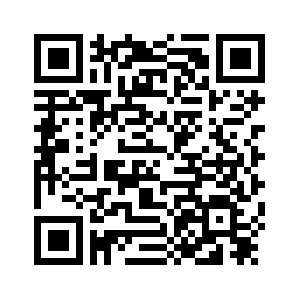 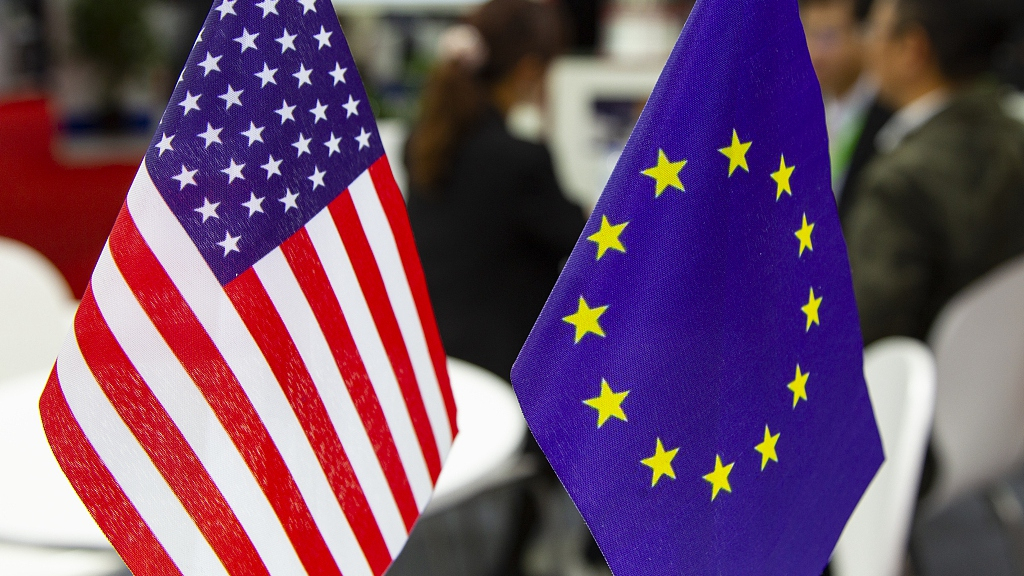 Editor's note: James DeShaw Rae is a professor from California State University Sacramento. He was also a Fulbright Scholar at Beijing Foreign Studies University from 2017 to 2018. The article reflects the author's opinion, and not necessarily the views of CGTN.
“The European Union has taken advantage of the U.S. on trade for many years. It will soon stop!” So tweeted American President Donald Trump as he threatened 11 billion U.S. dollars in tariffs against the EU in response to subsidies for European airplane maker Airbus.
As the U.S.-China trade negotiations have circuitously moved forward over the past year, President Trump has opened (or re-opened) a new front against Europe that reflects his skepticism of free trade and multilateralism.
Meanwhile, China and the EU are concluding their 21st annual summit with a joint statement identifying a multitude of areas for cooperation. The more the Americans push hard on Europe, the less easy it will be for President Trump to pursue his competitive approach to China.

Where do U.S.-EU relations head?

They are likely to continue trending downward so long as the Trump foreign policy team demonizes supranational forms of global governance and opposes reasoned and careful diplomatic approaches to international problems.
If Trump is a realist and sees China as a long-term strategic competitor and wishes to martial resources to check its ability to project economic or military power, then the United States must engage more robustly with Europe in foreign policy including economic and diplomatic endeavors outside of purely strategic interests. 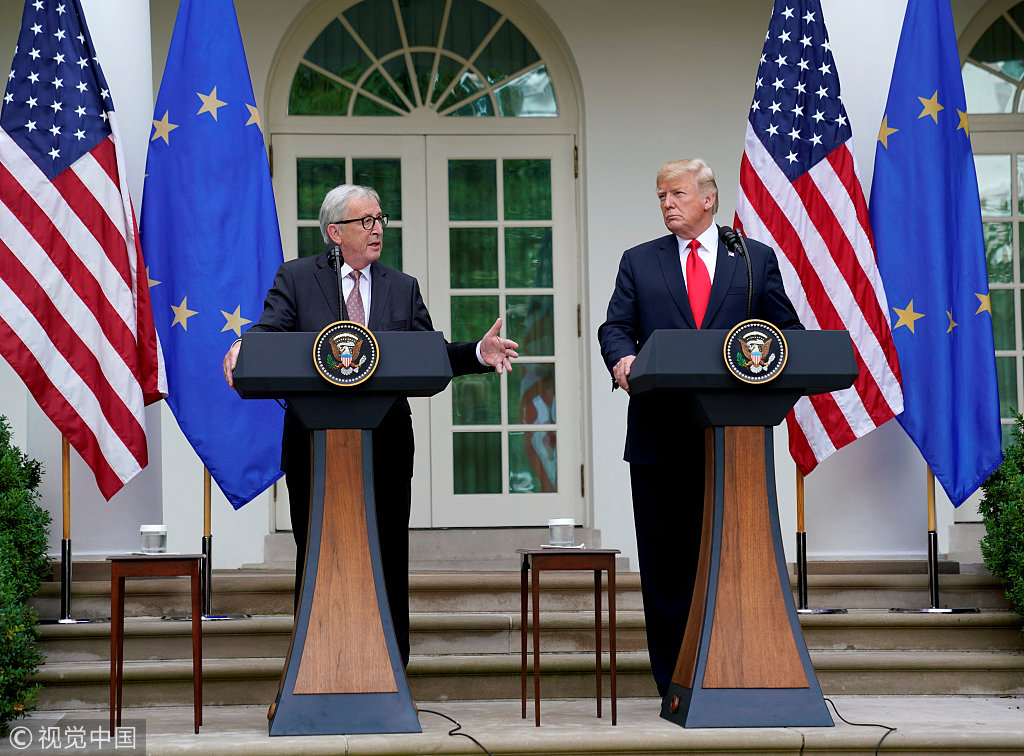 If he and his team of advisers are simply ideologues driven by nationalist fantasies of atomistic global politics and wish to undermine institutions of global governance, then China, Europe, and other primary actors are likely to be driven together in a shared commitment to maintaining the current order.
Backing Boeing against Airbus is another of the short-sighted reactions of the American president that undermines any coherent vision for a multilateral system built on Western-created norms.

Where do China-EU relations head?

The China-EU joint statement endorsed by President of the European Council Donald Tusk, President of the European Commission Jean-Claude Juncker, and Chinese Premier Li Keqiang certainly spoke in reference to Trump when it confirmed that “the EU and China firmly support the rules-based multilateral trading system with the WTO at its core, fight against unilateralism and protectionism, and commit to complying with WTO rules.”
Moreover, the two sides spoke broadly in favor of combating climate change, the Joint Comprehensive Plan of Action to maintain a nuclear-weapon-free Iran, inter-Korean reconciliation, and the Afghanistan peace process.
They further shared views on creating peace and stability in sensitive countries like Ukraine and Venezuela and situating the G20 as the premier forum for economic and financial cooperation. 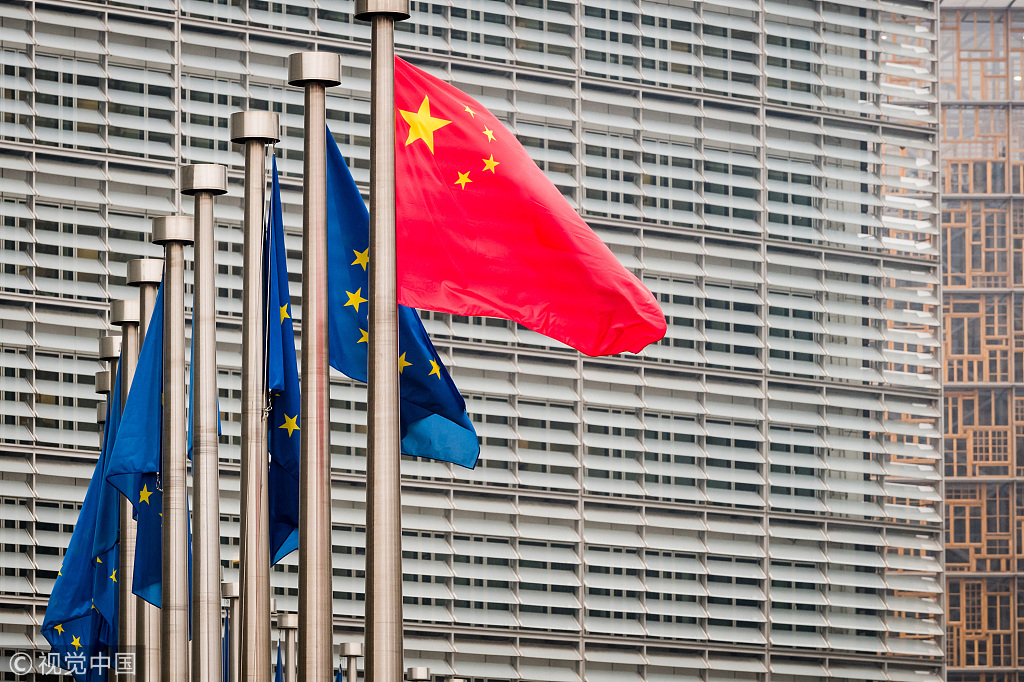 More specifically, both sides agreed to pursue the well-developed EU-China 2020 Strategic Agenda for Cooperation and EU-China Comprehensive Investment Agreement in 2020 and reiterated that there should not be forced transfer of technology.
Meanwhile, European states join Chinese-led institutions of global governance or economic integration such as The Asian Infrastructure Investment Bank (AIIB), the Belt and Road Initiative, and 16+1 framework (Central and East European Countries and China).
Much like the juxtaposition of the joint statements and agreement at the Shanghai Cooperation Organization's 2017 gathering in Qingdao against the acrimonious 2018 G7 Summit in Canada, the United States continues to isolate itself from ally and friend and drift aimlessly toward some random protectionist position that forfeits its role as organizer of the post-WWII order.
So far, most major economies have sought to engage the United States and resist the pursuit of a trade war. For now, the world must watch for the next targets of Tariff Man in his ambition to upset the long-established rules of the game in seeking to save a few more jobs or some minor concessions (such as with the jettisoning of NAFTA). The battle rages on.
(If you want to contribute and have specific expertise, please contact us at opinions@cgtn.com.)