The vanishing wilderness
By Li Yunqi 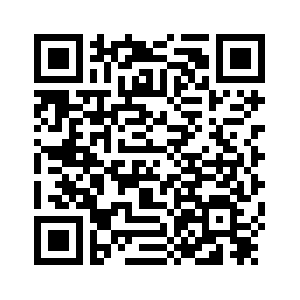 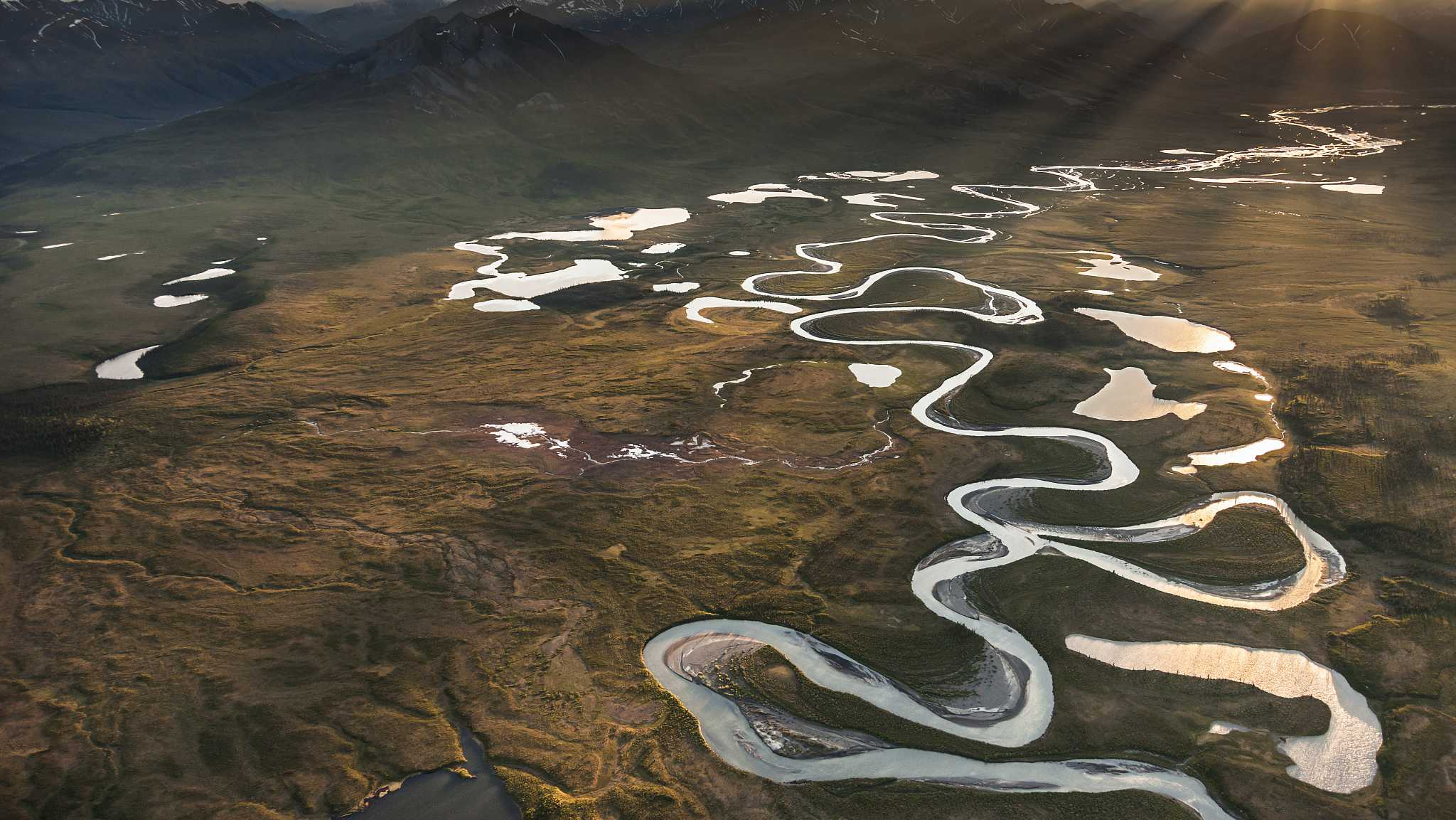 According to a latest research, true wilderness, areas that are mostly unaffected by human activities, now cover only a quarter of the planet.
Scientists and researchers from the Wildlife Conservation Society announced on Wednesday that only 23 percent of the landmass and 13 percent of the ocean, excluding Antarctica, can be considered as wilderness. 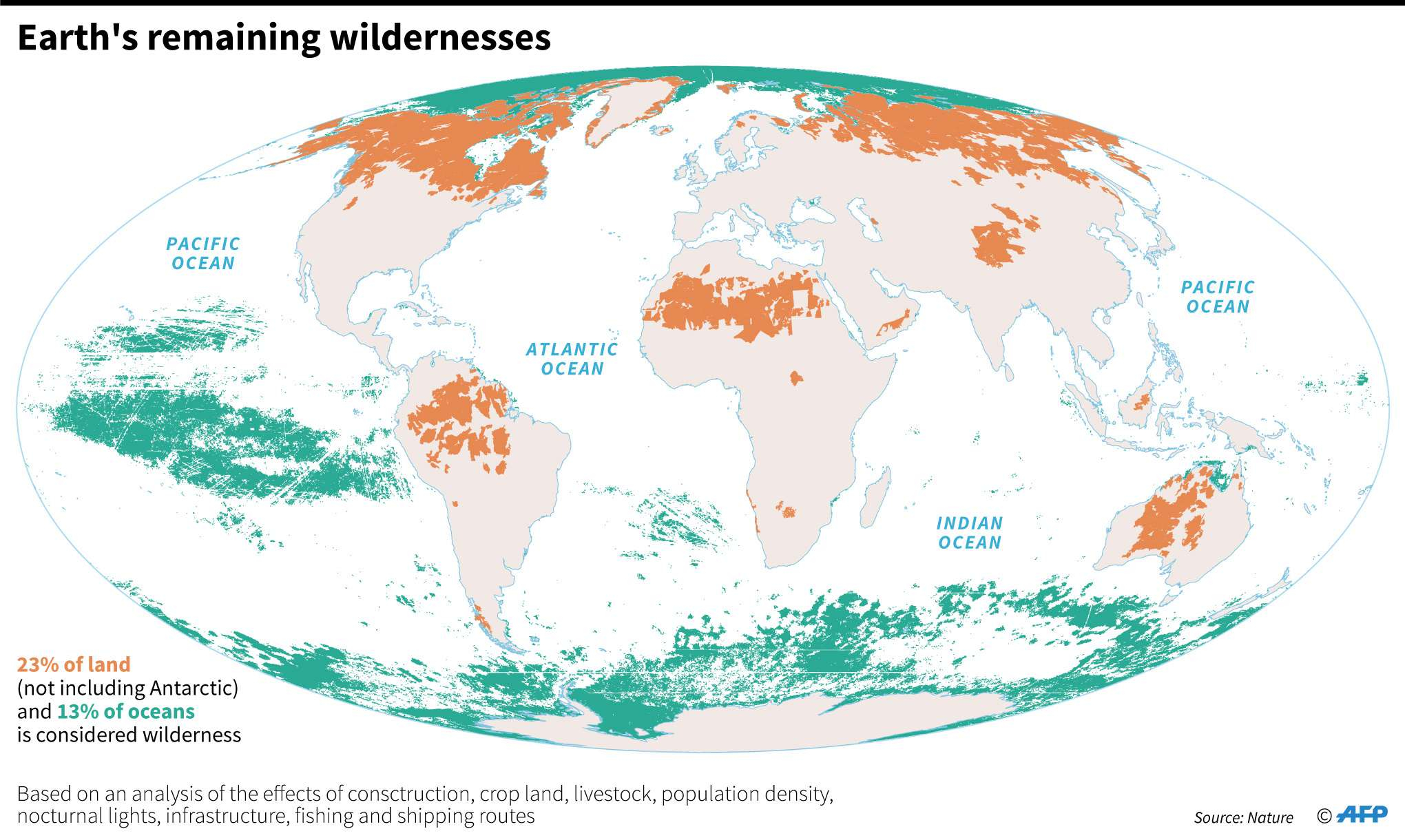 According to the study, which was published on Wednesday in the British journal Nature, the intact ecosystem is declining rapidly due to excessive human activity such as mining, heavy farming, massive-scale infrastructure constructions, shipping, and fertilizer run-off.

Importance of the remaining wilderness 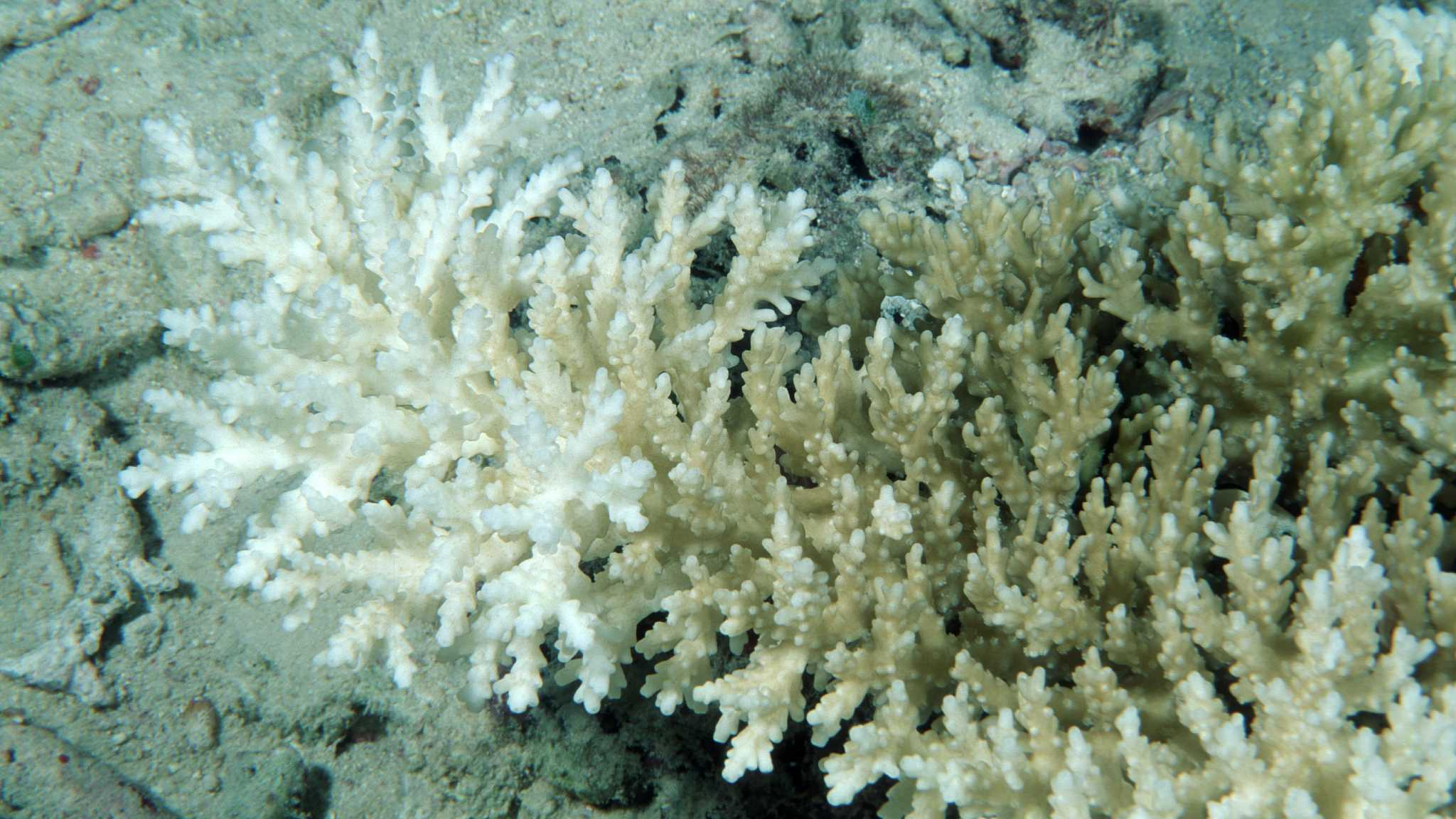 Scientific studies have revealed the significance of the remaining wilderness in acting as important buffers against the effects of climate change, because of their self-recovery function.
For example, according to a 2009 study, when mass coral bleaching occurs due to climate change, the bleached corals in less polluted areas or low fishing pressure recover four times faster than those in areas with high levels of both. 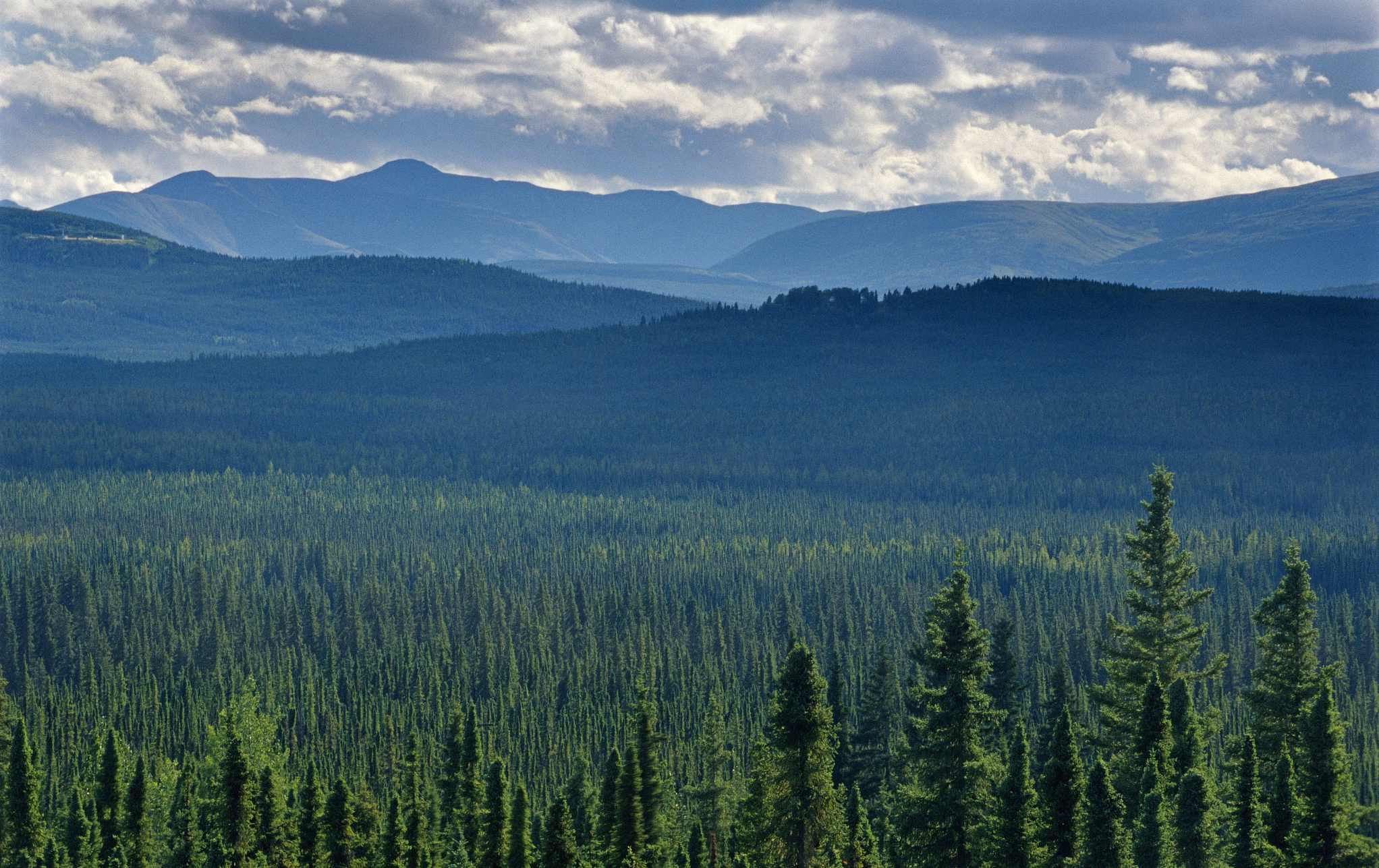 Many wilderness areas are considered as critical carbon sinks that help reducing the effects of global warming. These are usually large forests that can hold a large amount of atmospheric carbon dioxide.
For instance, the boreal forest in northern Canada is the most intact ecosystem on the planet because it can store one-third of the world's terrestrial carbon. And fortunately, it is under federal protection. 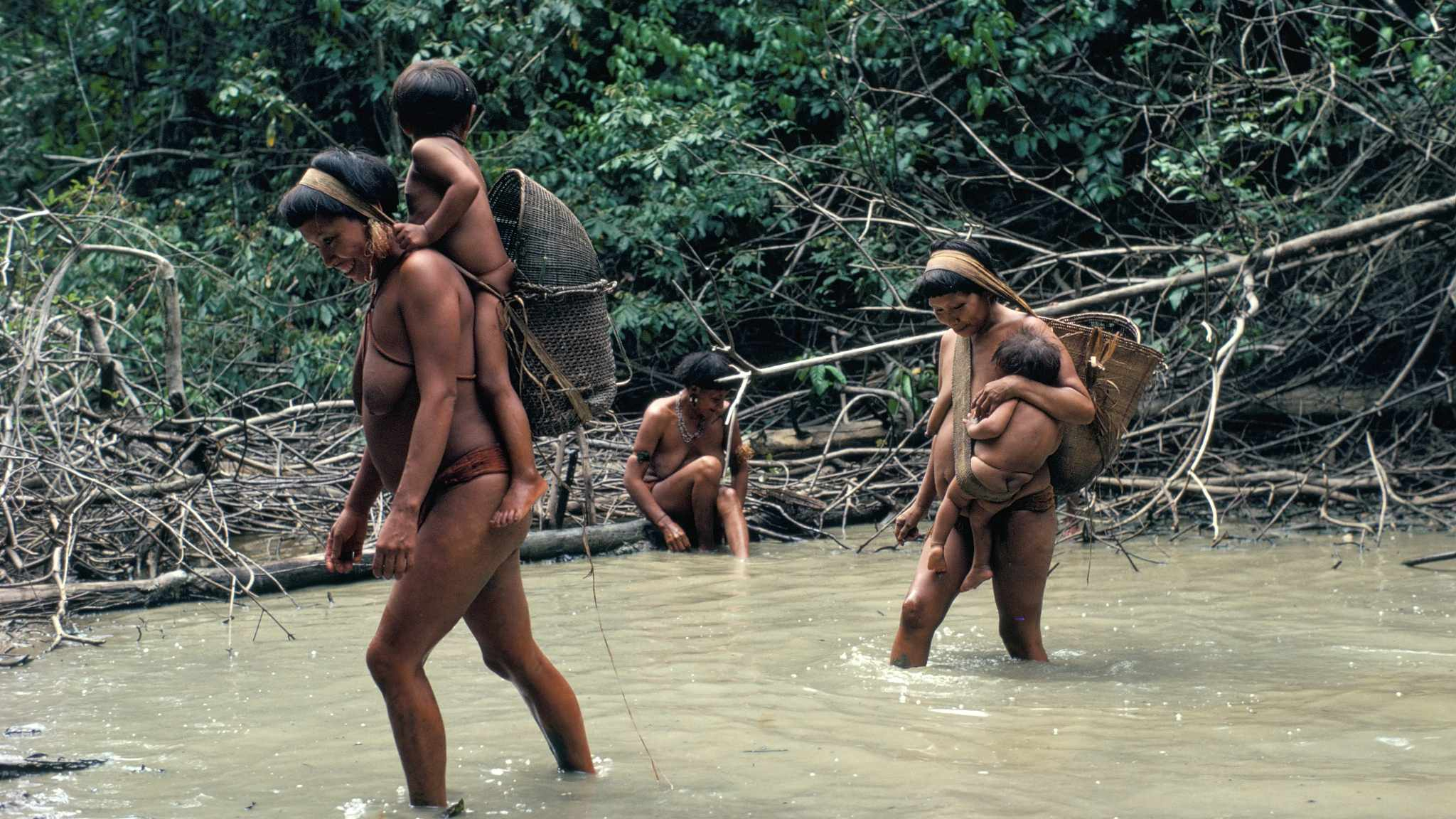 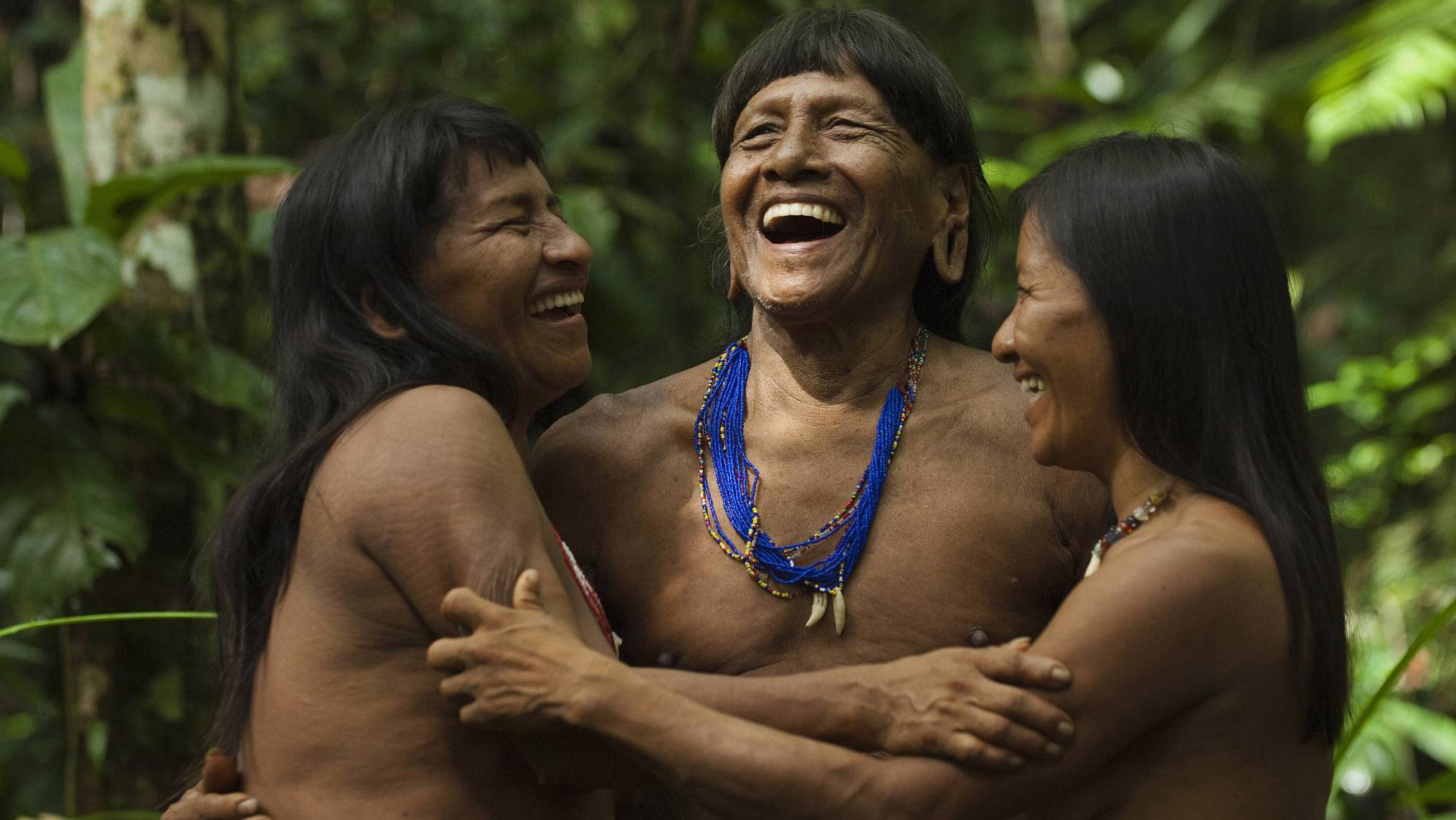 The wilderness also plays a crucial part in sustaining biodiversity and preserving genetic information of various species. In addition, wilderness areas are home to millions of indigenous people who have been maintaining close bonds with land and sea. 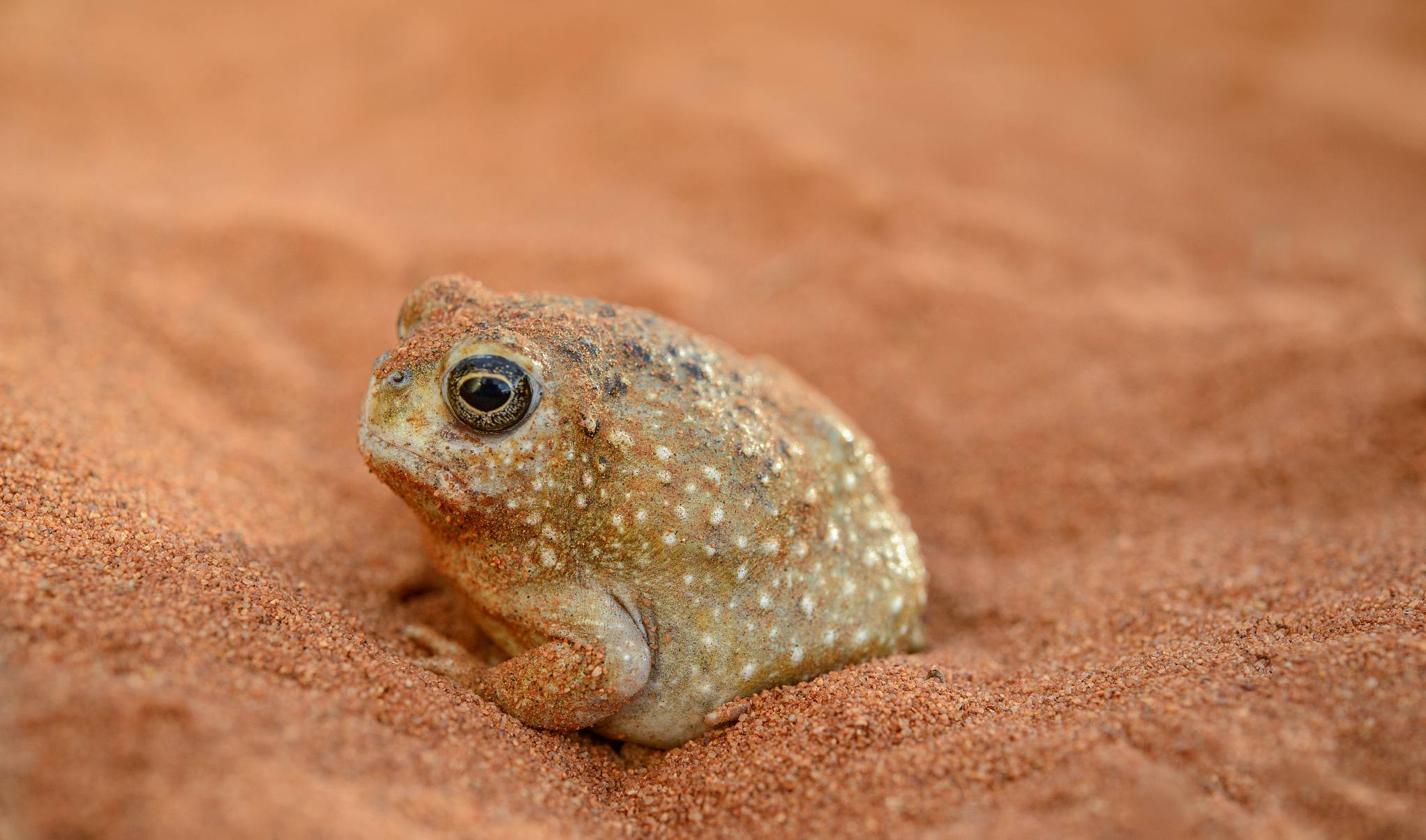 What we should do

A latest research has found that 70 percent of the world's wilderness that's left belongs to Australia, Brazil, Canada, Russia, and the US.
It is a crucial task for these countries to establish protected areas where they can significantly lower the impacts of industrial activities.
Containing most of the world's rain forest, which is vital to the exchange of oxygen for carbon dioxide in the atmosphere, Brazil has taken major steps in recent years to protect it amid massive deforestation which has reduced its size by about 20 percent in the past 50 years. However, with a newly-elected president, who has pledged to withdraw legal protections for the Amazon rain forest, there have been growing concerns among environmentalists, according to an AFP article. 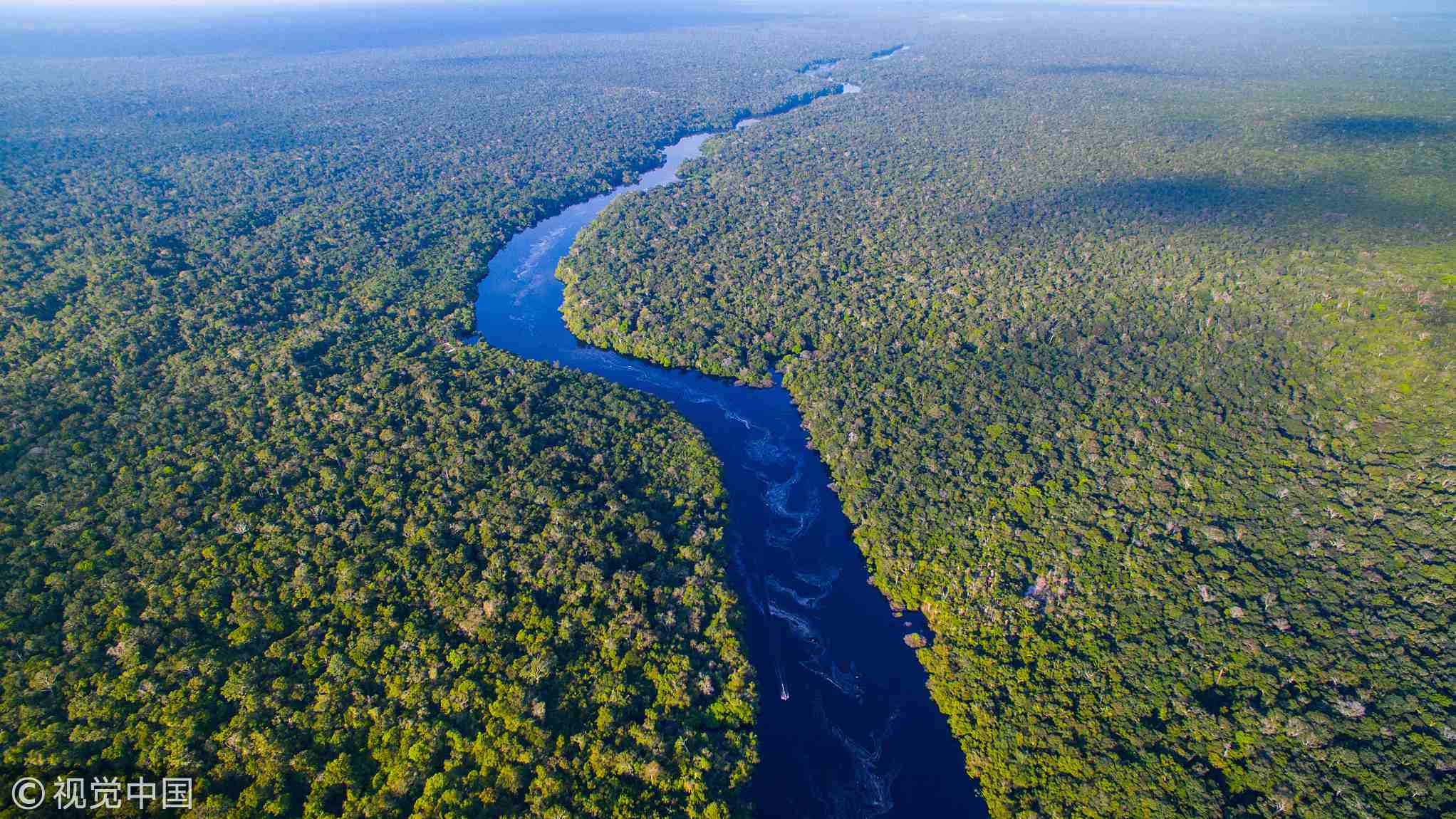 As a country that contains the most wilderness areas in the world, Russia has also drawn controversial critiques on legislated protections of the intact ecosystem.
“There were no such anthropological factors, such emissions, and the warming had already started,” the Independent quoted Rusian President Vladimir Putin as saying.
Russia's vast swathes of taiga forest and permafrost contain trillions of trees that are crucial to adjusting the impact of greenhouse gas emissions. 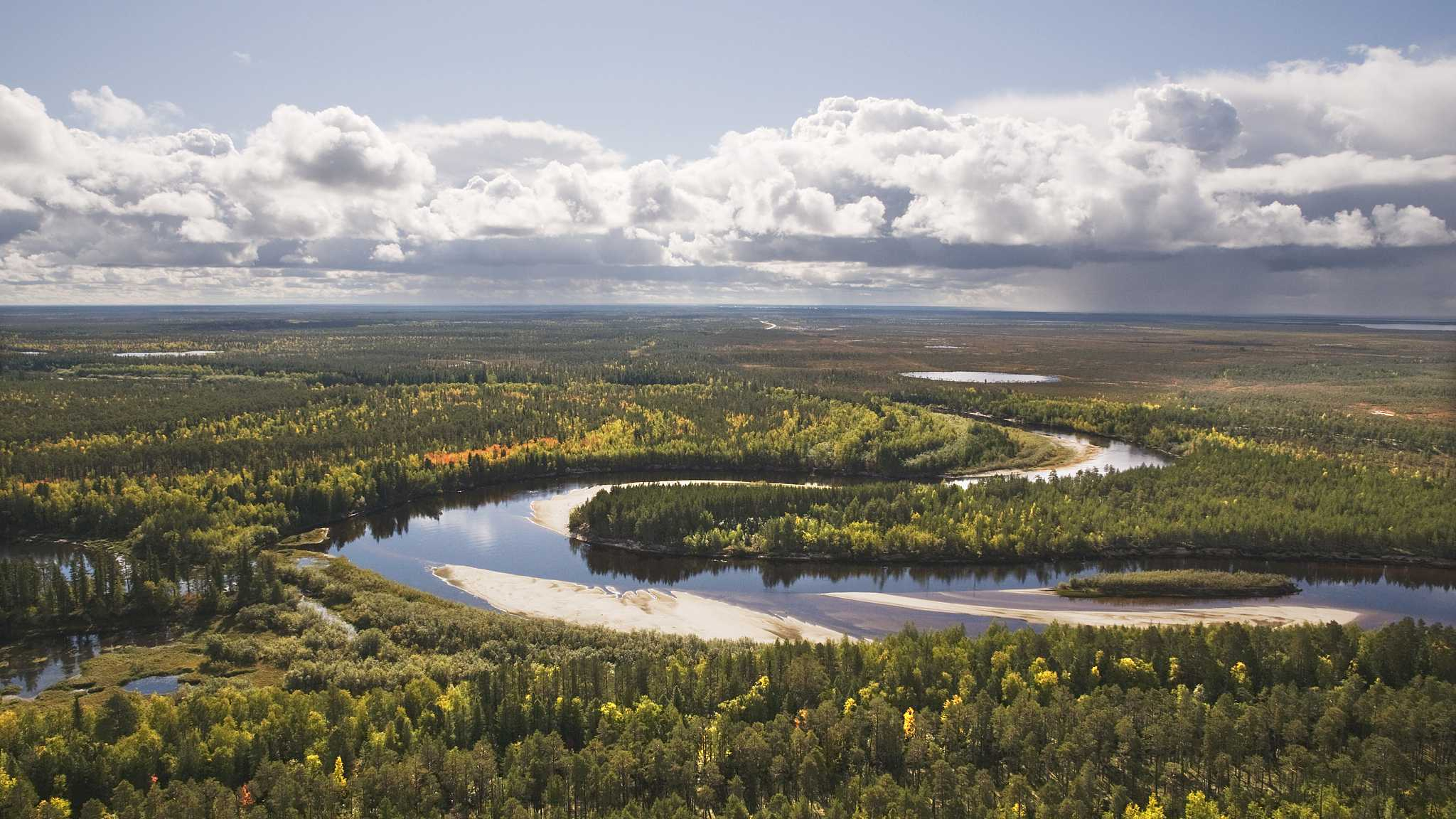 “If future generations are to remember us with gratitude rather than contempt…we must leave them a glimpse of the world as it was in the beginning.” Former US President Lyndon B Johnson said when he signed the US Wilderness Act in 1964.
But, what he could not foresee is, half a century later, President Trump would counter his ideas by pulling the US out of the Paris Climate Change Agreement. 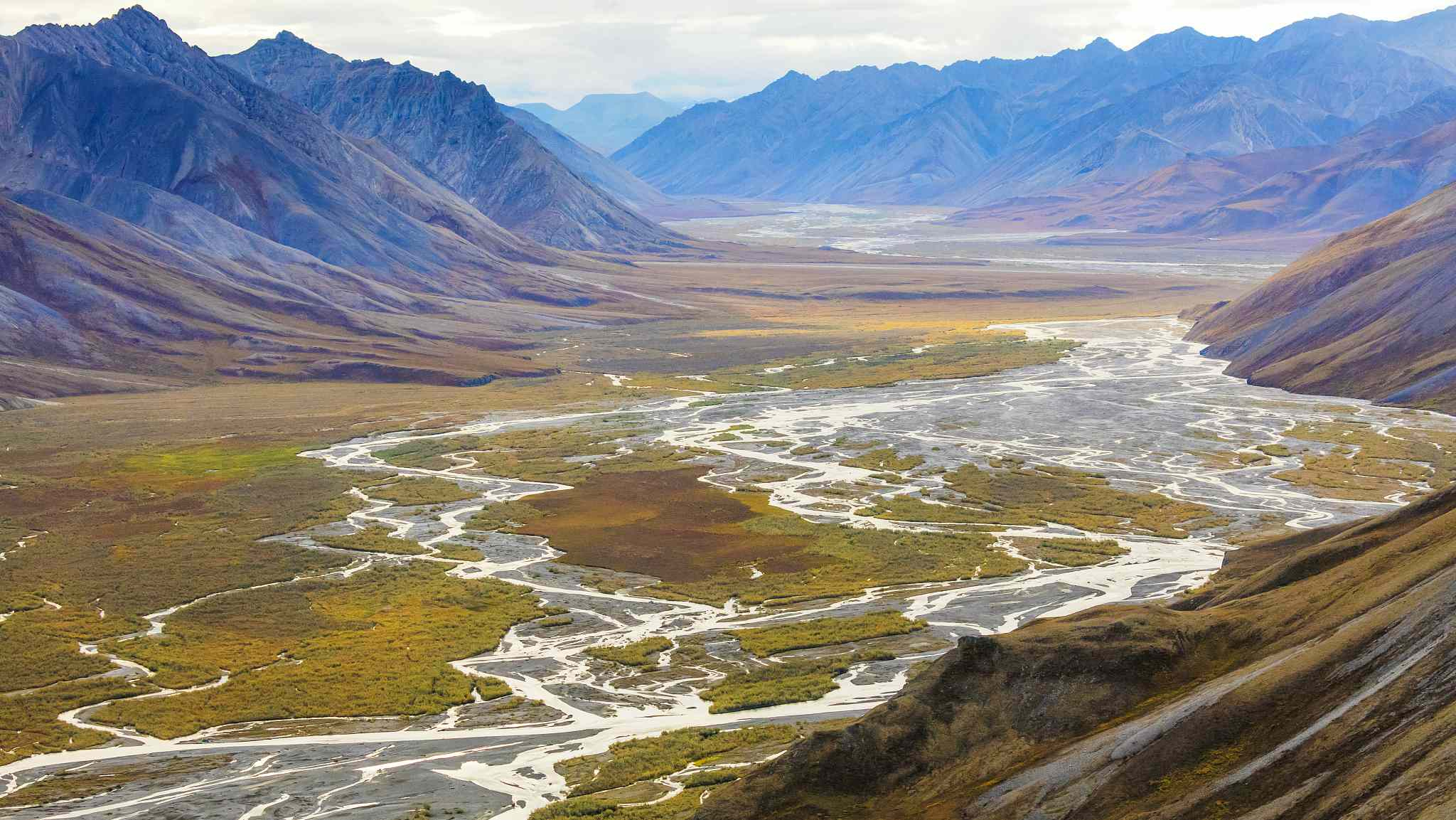 The importance of establishing international frameworks in conserving the earth's wilderness areas needs to be acknowledged by every country.
"We can't just exploit everywhere and these nations still have these strongholds of wilderness. I think the world would appreciate these nations standing up and saying we're going to look after these places," said James Watson, a professor at the University of Queensland and a member of the Wildlife Conservation Society.