Opinion: Theresa May survived the vote, yet Brexit is no easier
Ji Xianbai 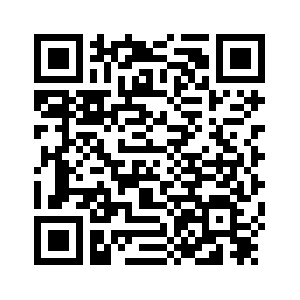 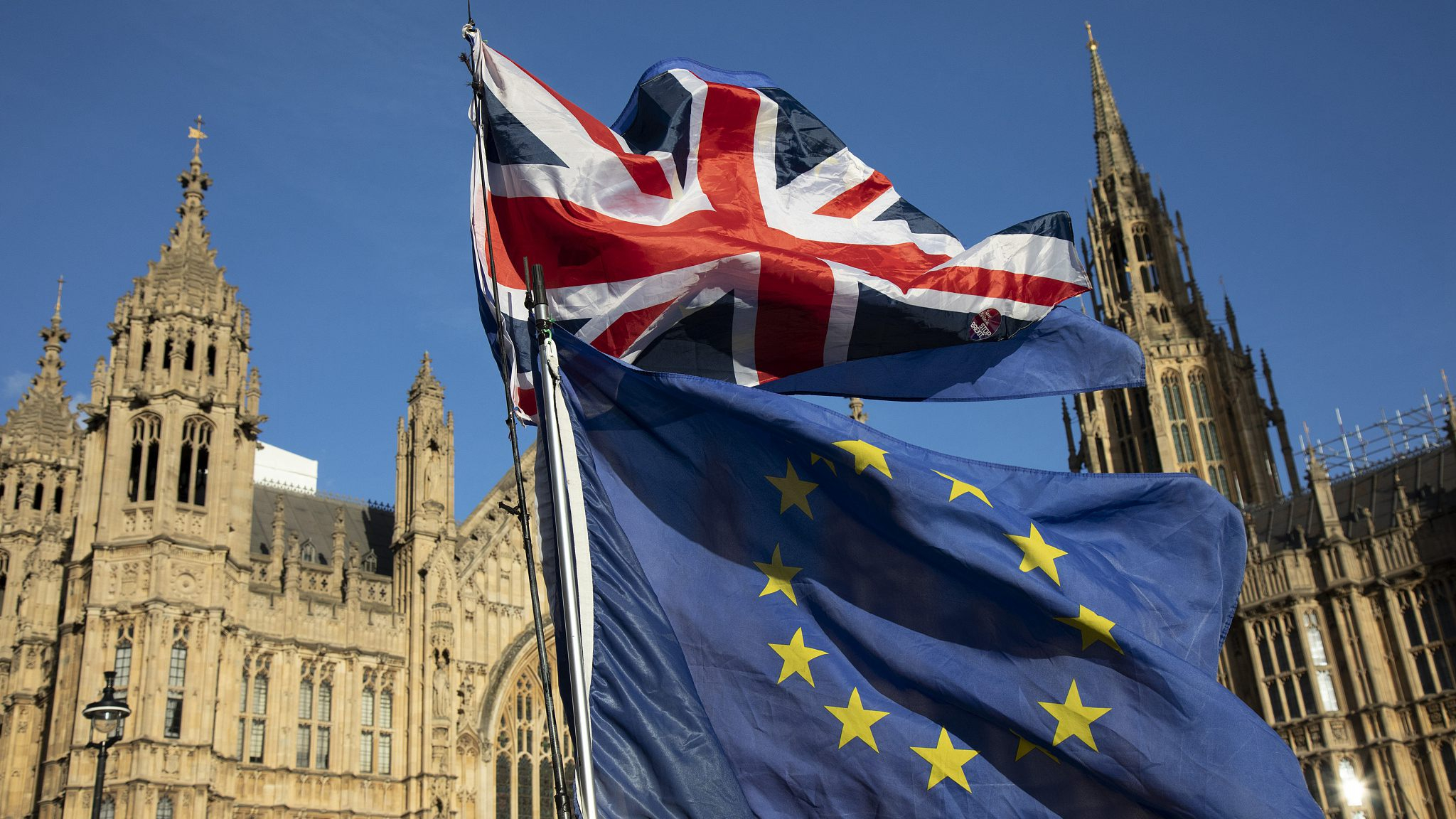 Editor's note: Ji Xianbai is a doctoral candidate at the S. Rajaratnam School of International Studies (RSIS) at Nanyang Technological University in Singapore. He is also an associate fellow at the EU Centre (EUC) in Singapore. The article reflects the author's opinion, and not necessarily the views of CGTN.
British politics is broken. A vote of no confidence in the Tory leadership of Prime Minister Theresa May was held on Wednesday following her decision to postpone the "meaningful vote" in the House of Commons initially scheduled on December 11 on whether to accept the Brexit deal she reached after two years of negotiations with the European Union (EU).
On the surface of it, May survived the vote relatively comfortably by 200 to 117 and will not face rebellion from her own party in the next 12 months. Three undercurrents, however, are mounting against her in practical terms.
First, she has lost her party and remains weak. The 200 members of parliaments (MPs) who voted in favor of May staying in office did so not because they genuinely believed in her statesmanship, but because of the reality of the political calendar – the Conservatives in all likelihood would not have enough time to install a new leader to carry out Brexit in March next year, not to mention to return to Brussels for a substantively better deal.
And in many ways, it was a vote against a no-deal Brexit where Britain crashes out of Europe disorderly without a transition period. Still, the chilling fact that a total of 117 Tory backbenchers who accused May of betraying the referendum results backed the non-confidence motion was not insignificant politically – and personally. Former British prime ministers such as Margaret Thatcher and John Major resigned swiftly even when they fared better than May under similar circumstances.
Second, while May might have won the acrimonious leadership challenge, she has little chance of successfully changing the dire parliamentary arithmetic in ways that would ensure the eventual passage of her Brexit deal. 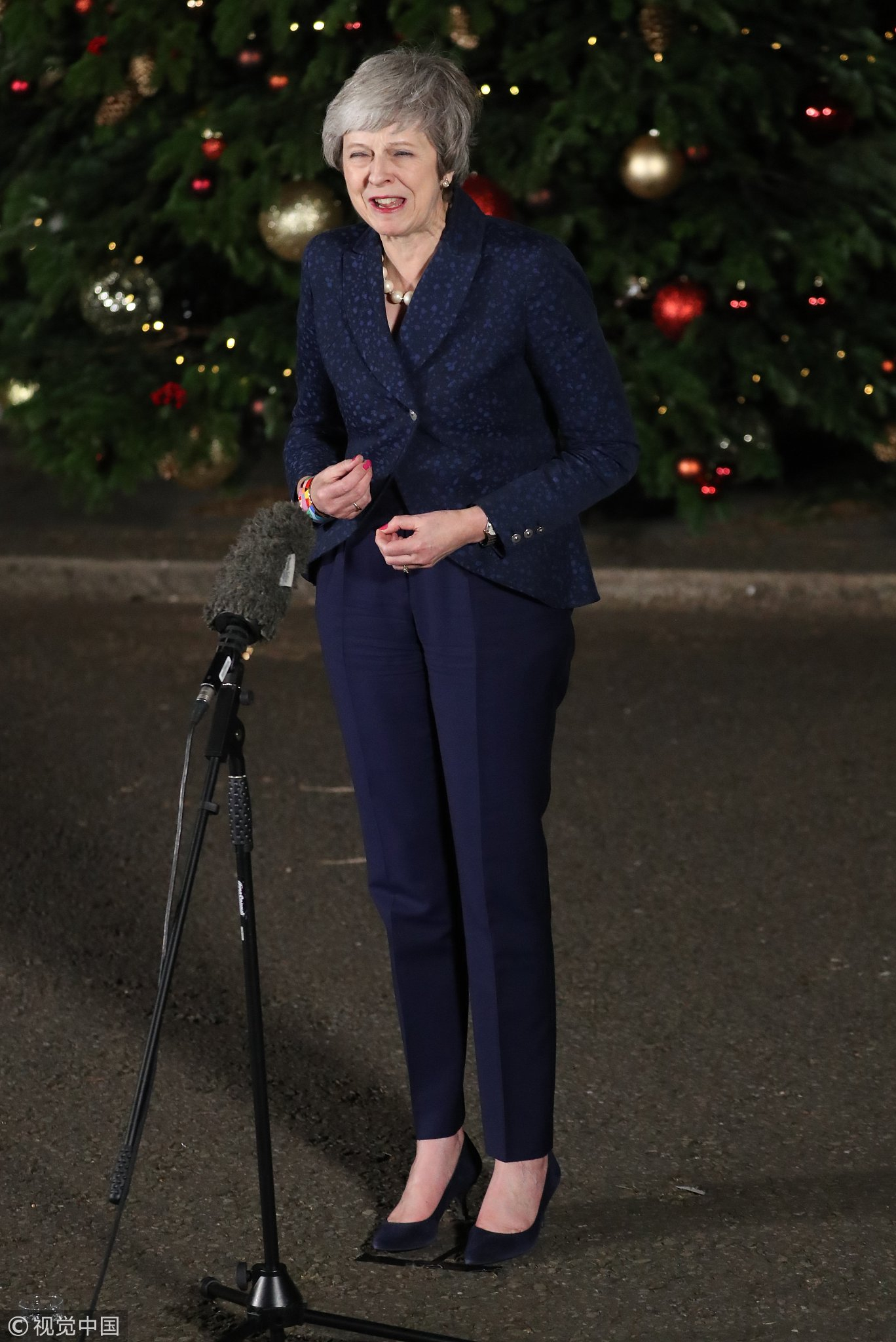 British Prime Minister Theresa May speaks after the vote of confidence in her leadership of the Conservative Party in 10 Downing Street, London, December 12, 2018. /VCG Photo

British Prime Minister Theresa May speaks after the vote of confidence in her leadership of the Conservative Party in 10 Downing Street, London, December 12, 2018. /VCG Photo

Many hard-line Tory Brexiteers rallying around Boris Johnson and Jacob Rees-Mogg had publicly declared their rejection of the Brexit deal as it is and May's most important political ally in Westminster, the Northern Irish Democratic Unionist Party, has repeatedly made it clear that the Northern Irish backstop that may require the territory to be treated as part of the EU is completely unacceptable.
The opposition Labour party has not been supportive of May since day one and has been actively making the case for a "job-first" Labour-style Brexit that would ensure Britain to stay in a customs union with the EU post-Brexit.
Third, the vote results do not mean that her government won't face a confidence vote in the House of Commons in the foreseeable future. MPs from the Labour and the pro-EU Scottish National Party and Liberal Democratic party have been urging Labour leader Jeremy Corbyn to table a no-confidence motion through which all MPs will vote on the fate of the government.
A general election would take place if May were to lose that vote. Labour said it plans to pull the trigger when they felt that they had a chance of winning it. After losing the parliamentary majority in the recklessly called 2017 snap election, the danger of the Tories losing the democratic consent to govern in the next election is only real and increasing by the day.
Labour did not immediately trigger the process partly because the best time from their perspective to fight a general election is after the parliament has voted down May's final Brexit deal. To avoid a humiliating defeat on her Brexit deal and steer away from the risk of losing power to the opposition, May has to clinch a better deal that is acceptable to at least a majority of British MPs.
This is difficult, if possible. While the EU has indicated its willingness to facilitate the passage of the Brexit deal in the British parliament, it is not going to re-negotiate it in any decisive way. The EU's position is sensible because if Brussels agrees to revise certain provisions of the deal to suit London's interest, those British politicians – remainders and Brexiteers alike – who do not like the deal will keep coming back to harass Michel Barnier for re-negotiations and further concessions from the European side. 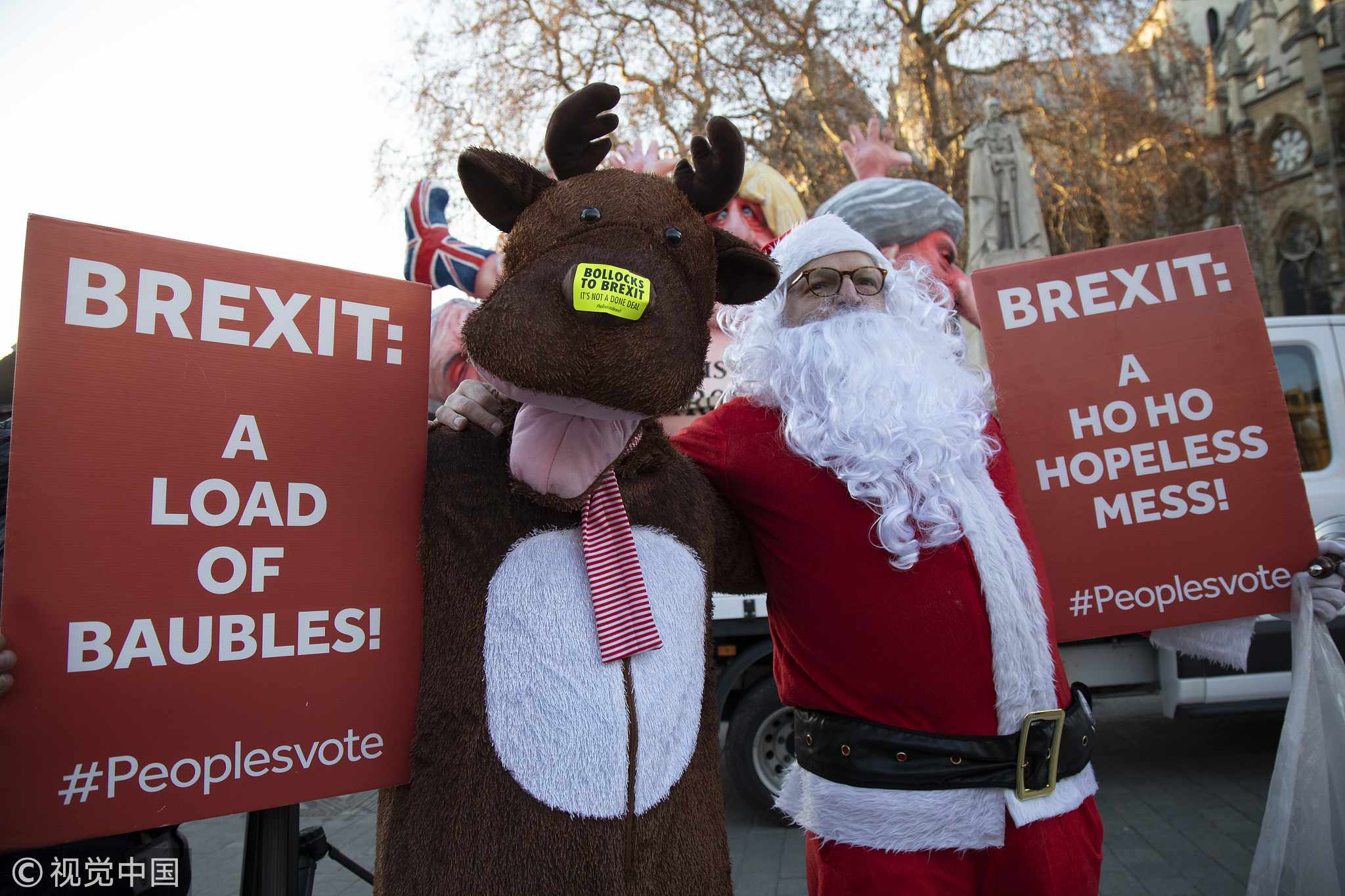 An anti-Brexit demonstrator dresses up as Santa Claus in Westminster opposite Parliament in London, December 12, 2018. /VCG Photo

An anti-Brexit demonstrator dresses up as Santa Claus in Westminster opposite Parliament in London, December 12, 2018. /VCG Photo

Looking ahead, there are only four realistic ways forward. The first is no-Brexit. This option cannot be realized without a general election or a second referendum, and it remains unclear if the withdrawal of the notification will stop Brexit once for all or just delay the process for a certain period of time.
The second option is a no-deal Brexit. This scenario is out of question damaging economically and politically.
The third option is to accept May's deal but the House is so hostile towards it for the moment.
The last option is to have a bespoke Norway+ or Canada++ deal that will keep post-Brexit Britain in a customs union relationship with the EU and the UK would have to accept freedom of movement in return. This option curbs the UK's ability to negotiate its own trade deals with third-party countries and is highly unpopular in the UK as of now.
None of the four options is perfect and none simultaneously suits the interest of all in a politically, economically and demographically polarised UK. The only way to make arguably the most important decision in the recent British political history is to go back to the people, consulting them directly again on whether to leave the EU and on the terms of the departure. The UK should do that sooner rather than later.
(If you want to contribute and have specific expertise, please contact us at opinions@cgtn.com.)