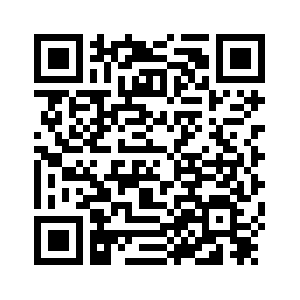 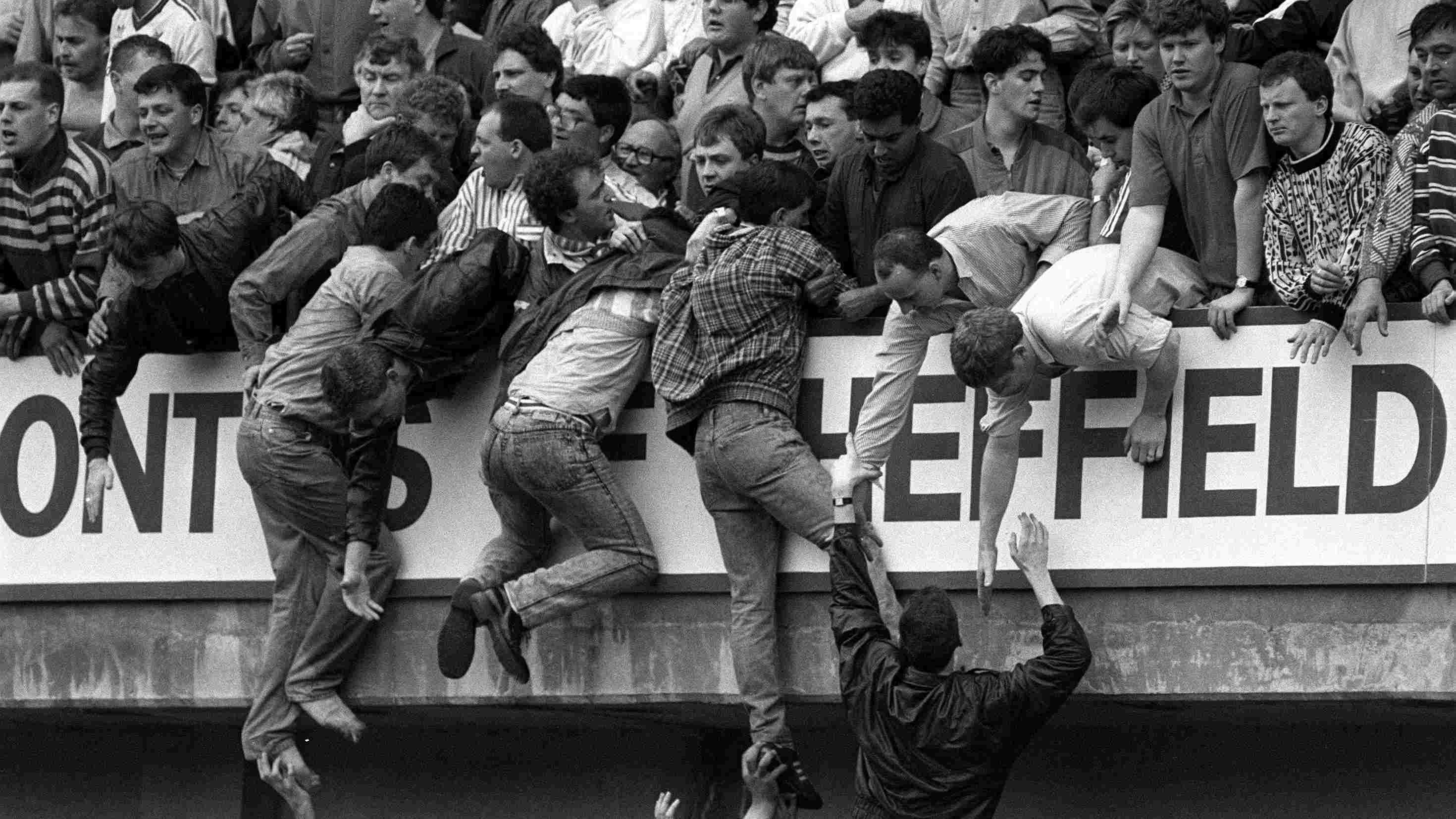 A former police chief and an ex-football club official go on trial on Monday for manslaughter in connection with the Hillsborough disaster, which killed 96 people during an FA Cup semi-final between Liverpool and Nottingham Forest on April 15, 1989.
The name Hillsborough still resonates with sports fans around the world but, unfortunately, it is far from the only, or the worst, tragedy of its kind.
Here is a look at some of the worst football stadium disasters in history, and what has been done since to prevent them from happening.

Anger over a disallowed goal at the end of a crucial Olympic qualifying match pitting Peru against Argentina on May 24, 1964, led to a pitch invasion by Peruvian fans, causing police to fire tear gas into the crowd. Panicked fans tried to flee but found the exit gates closed. An estimated 328 people died in the resulting crush. Many in Peru believe the death toll was much higher. 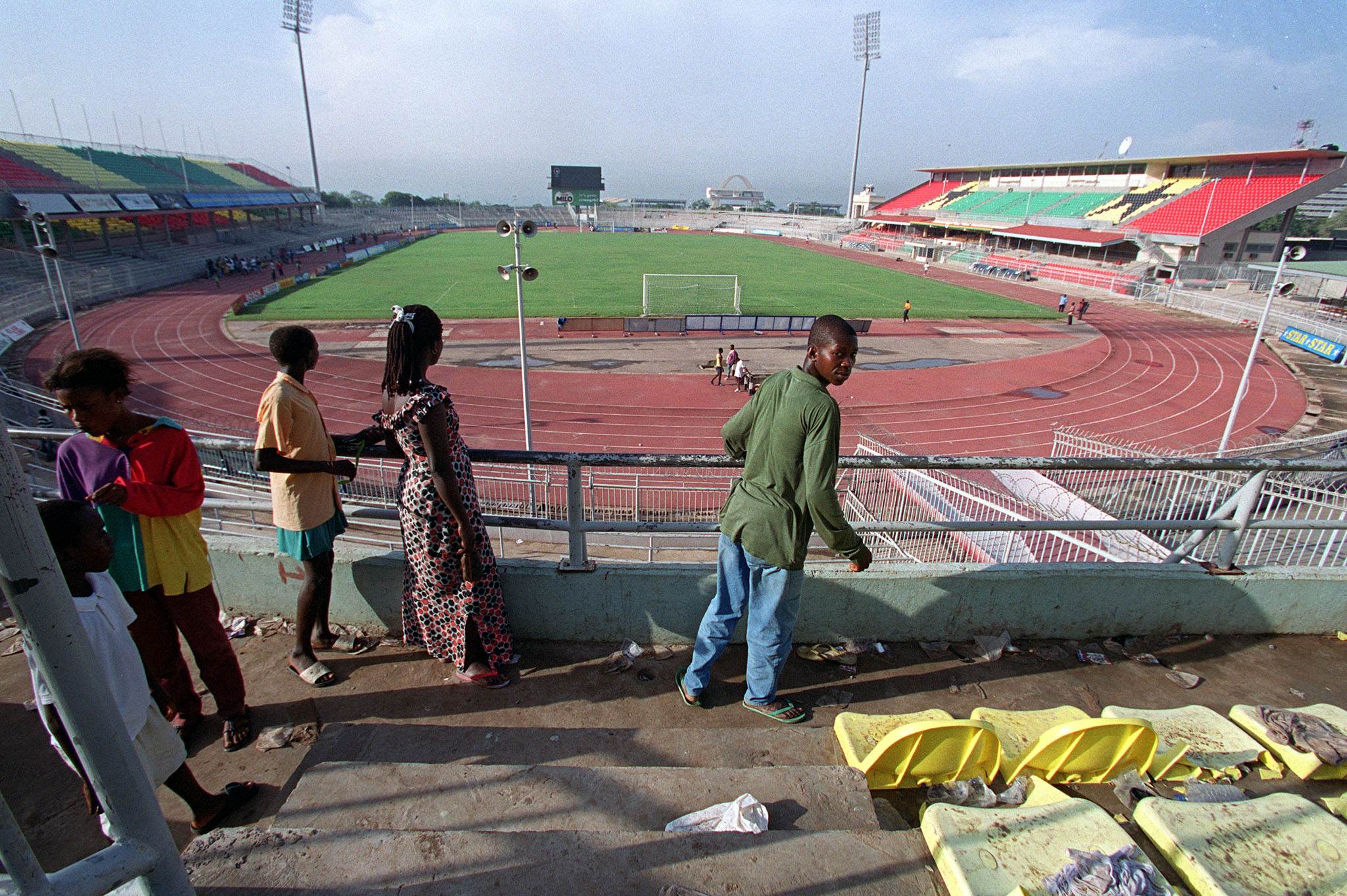 Residents look at the empty Accra stadium after a deadly stampede, Accra, Ghana, May 10, 2001. /VCG Photo

Residents look at the empty Accra stadium after a deadly stampede, Accra, Ghana, May 10, 2001. /VCG Photo

A crush developed at the end of a UEFA Cup match between Dutch club Haarlem and home team Spartak Moscow on October 20, 1982, but Soviet authorities kept details of the tragedy secret for seven years before revealing in 1989 that 66 people had been killed. Others put the death toll closer to 340, making it even worse than the Lima disaster.

The home of Scottish club Rangers FC has the dubious distinction of being the site of two disasters, the first on April 5, 1902, when a stand collapsed, killing at least 25 people and injuring close to 600. On January 2, 1971, a crush during an "Old Firm" derby between Rangers and cross-town rivals Celtic left 66 people dead, with over 140 injured. 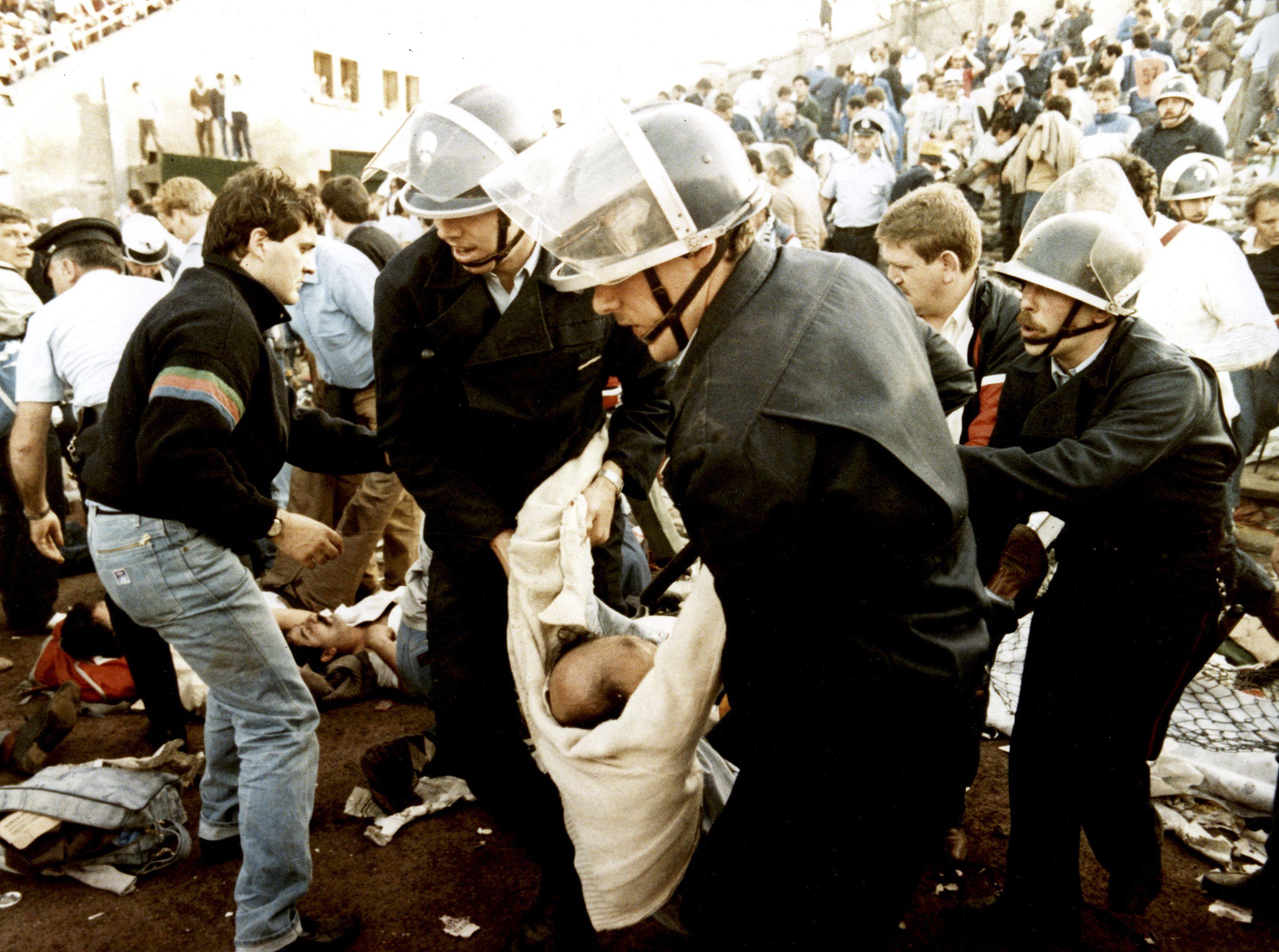 Rescue staff carry a victim after a wall collapsed during violence between fans before the European Cup final between Juventus and Liverpool at the Heysel stadium, Brussels, Belgium, May 29, 1985. /VCG Photo

Rescue staff carry a victim after a wall collapsed during violence between fans before the European Cup final between Juventus and Liverpool at the Heysel stadium, Brussels, Belgium, May 29, 1985. /VCG Photo

During a league game on May 9, 2001, between Ghana's top two football teams – Accra Hearts of Oak and Asante Kotoko – angry fans began throwing objects onto the pitch and police responded with tear gas. Much like in Lima, fleeing fans found themselves trapped by closed exits. A total of 127 were killed.

A violent hailstorm during a match between Nepalese and Bangladeshi football teams on March 12, 1988, caused fans to run for the exits only to find them locked. An estimated 93 people died in the stampede.

Tragedy struck on October 16, 1996, even before a World Cup qualifier between Guatemala and Costa Rica got underway at Guatemala City's Estadio Nacional Doroteo Guamuch Flores. Forged tickets apparently contributed to mass overcrowding, causing fans to tumble down the terrace as more tried to squeeze into the stadium. At least 82 people were killed. 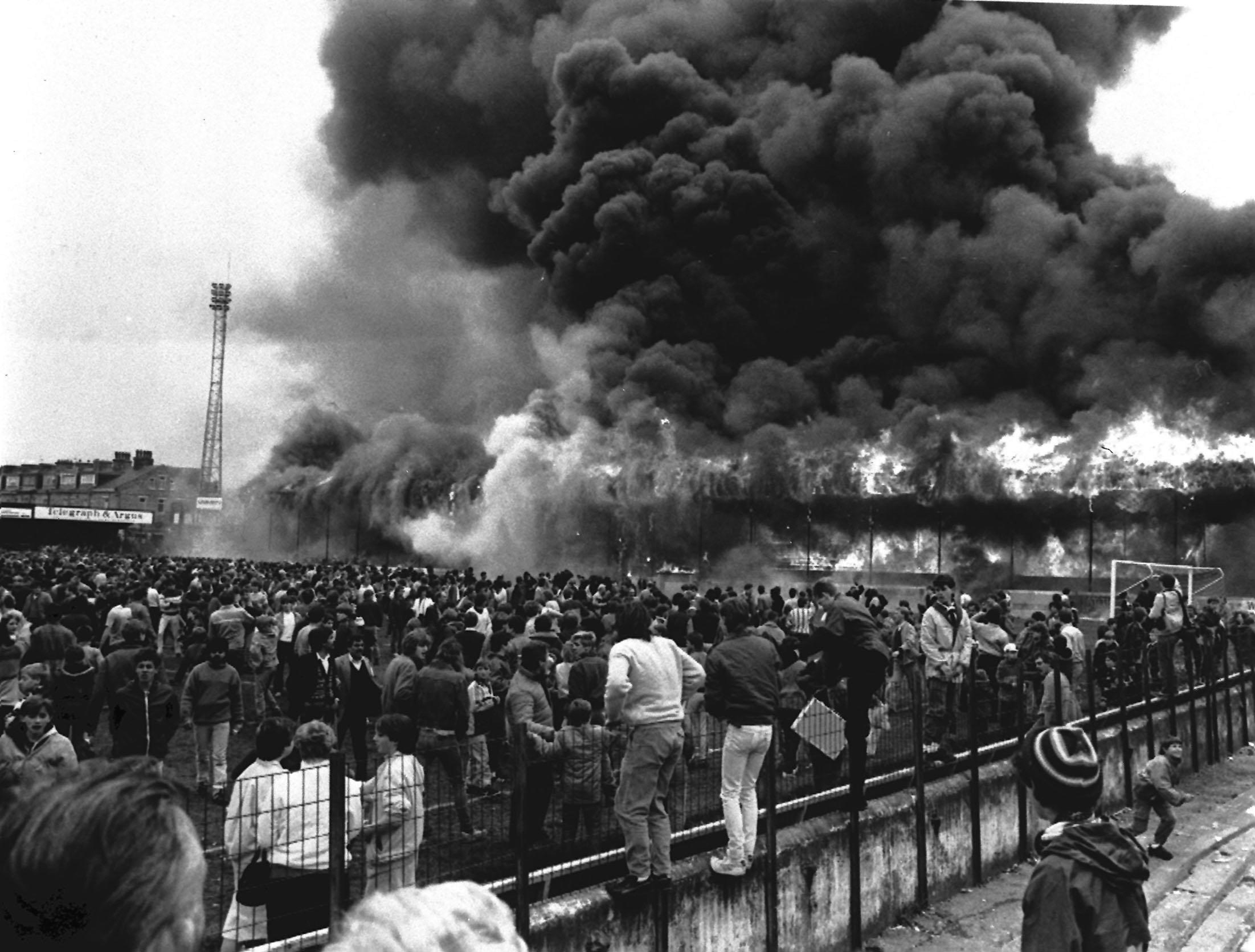 On June 23, 1968, a stampede during the Superclasico derby pitting Boca Juniors and River Plate in Buenos Aires, Argentina, left 71 dead.

Amid a series of deadly UK stadium disasters, Hillsborough stands out as the worst and perhaps the one with the deepest wounds, as can be seen by the numerous investigations and trials that have resulted over the past 30 years.
Overcrowding during the match between Liverpool and Nottingham Forest led to fans being crushed against stadium barriers: 96 people were killed and 766 injured. Even today, Liverpool FC players still wear jerseys with the number 96 on their collar, in honor of those killed. 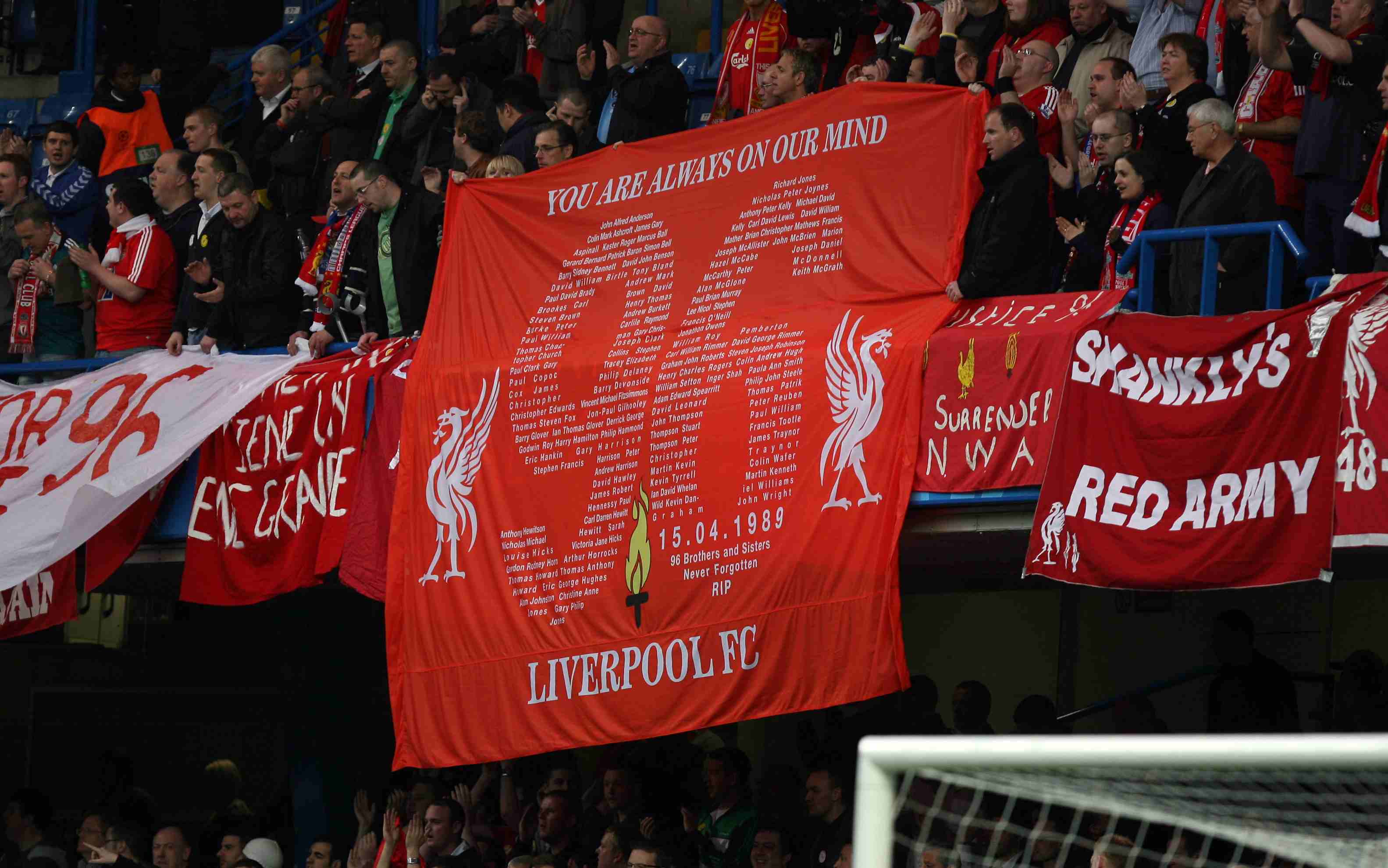 Liverpool fans hold up a banner in memory of the 96 Liverpool fans who died in the Hillsborough disaster, during a match, April 14, 2009. /VCG Photo

Liverpool fans hold up a banner in memory of the 96 Liverpool fans who died in the Hillsborough disaster, during a match, April 14, 2009. /VCG Photo

The list of football stadium tragedies goes on. Much-cited examples include Turkey's 1967 Kayseri Ataturk Stadium disaster (43 dead) and the 1985 Heysel Stadium disaster in Brussels (39 dead, 600 injured), both blamed on hooligans; the 1985 fire that tore through Bradford City's Valley Parade stadium during an English third-division match, killing 56; and South Africa's "Soweto" derby between the Kaizer Chiefs and Orlando Pirates, which saw stampedes on two occasions: killing 42 people at Orkney's Oppenheimer Stadium in 1991, and 43 more at Ellis Park, Johannesburg in 2001.

Stadium disasters are not a modern invention. Twenty-thousand people were reportedly killed when a wooden amphitheater in Fidenae, near Rome, collapsed in 27 A.D during gladiatorial games. Perhaps the most famous stadium in history, Rome's Circus Maximus, also experienced disaster when a wooden stand collapsed in 140 AD, killing over 1,100 spectators. 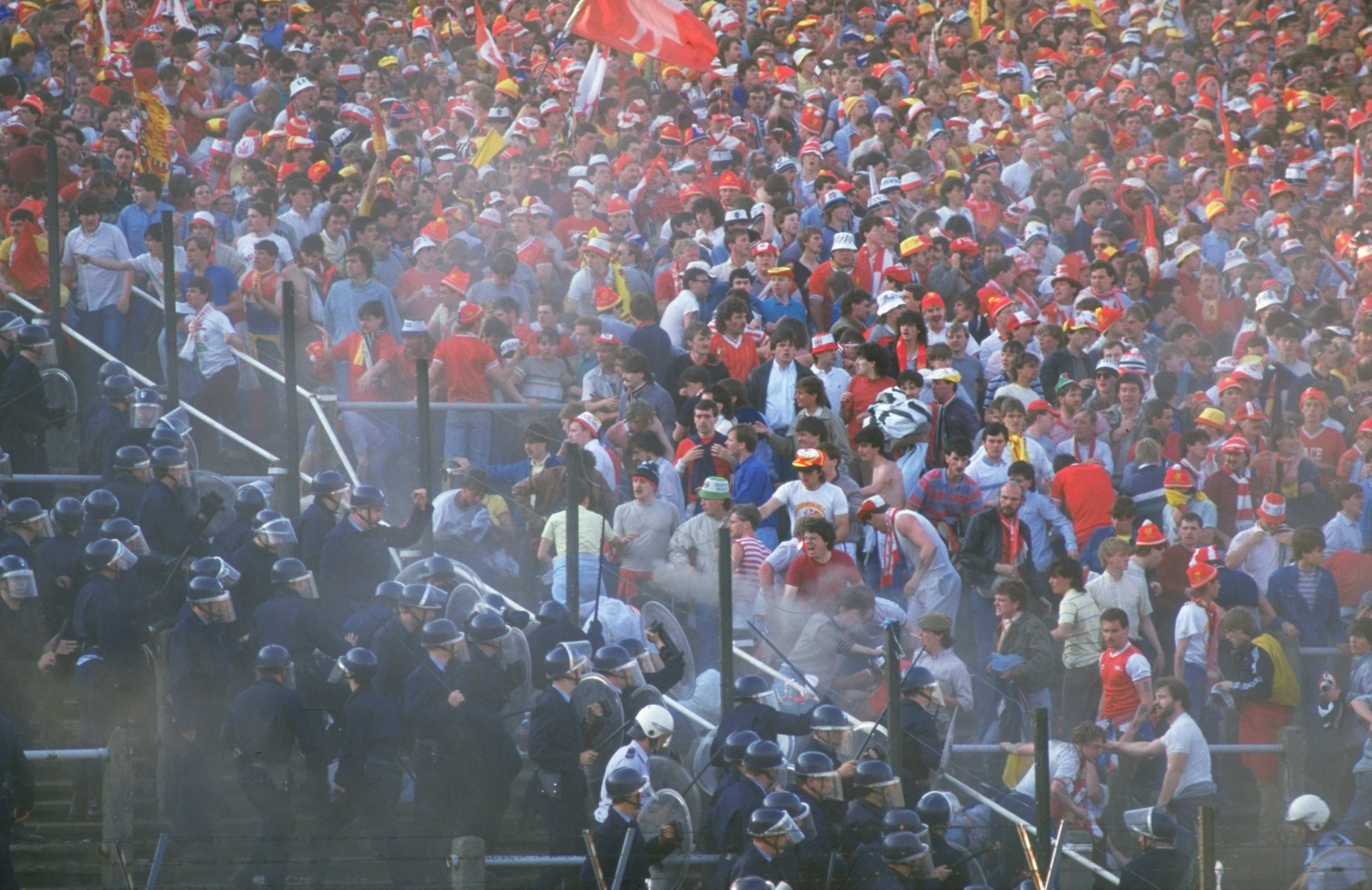 Barriers collapse as supporters try to get on to the pitch during the European Cup Final between Liverpool and Juventus at the Heysel Stadium in Brussels, Belgium, May 29, 1985. /VCG Photo

Barriers collapse as supporters try to get on to the pitch during the European Cup Final between Liverpool and Juventus at the Heysel Stadium in Brussels, Belgium, May 29, 1985. /VCG Photo

To prevent tragedies from happening again, authorities introduced a variety of measures over the years: old stadiums were demolished or upgraded; capacity was reduced, standing areas were replaced by seating and stricter policing was put in place to prevent overcrowding; fencing, a major factor in crushes, was removed and stands were built in sturdier material to avoid collapsing.
Today, security checks ensure dangerous objects and weapons are not brought into venues, and strict rules keep out known hooligans and trouble-makers. New stadiums are built in a way that makes access and crowd control easier, and police and emergency services have contingency plans in case of incidents. As a result, no major disaster has been seen in Europe in over 20 years.
But in many other parts of the world, they are still a reality. In 2012, a local match in Port Said, Egypt descended into rioting. Over 70 people died and hundreds were injured.
(Top picture: A file photo of Liverpool fans trying to escape severe overcrowding at Hillsborough Stadium, Sheffield, UK, April 15, 1989 /VCG Photo)