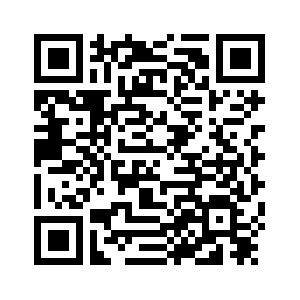 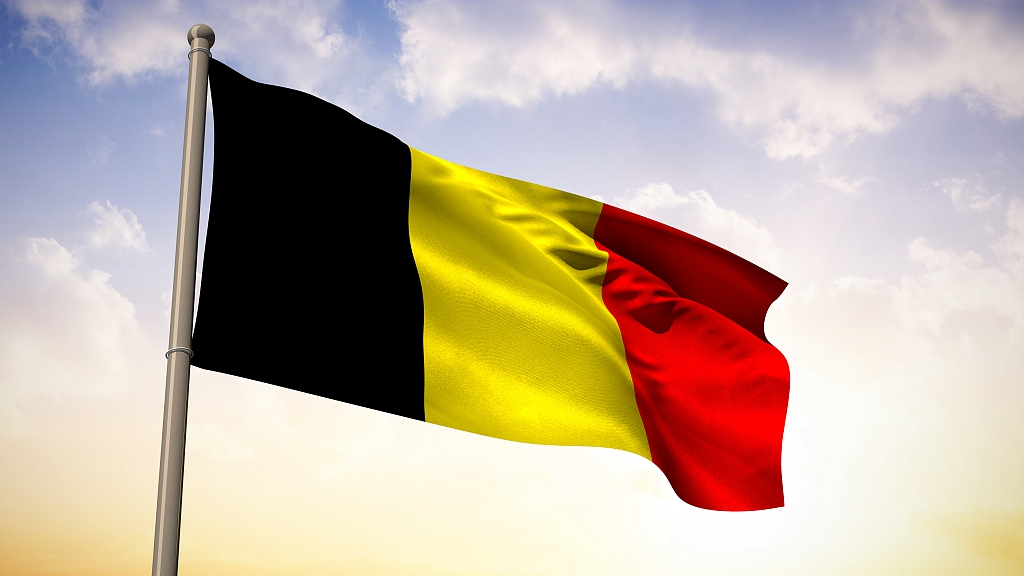 Editor's note: The article is based on an interview with Ding Chun, director of the Center for European Studies at Fudan University. The article reflects the expert's views and not necessarily those of CGTN.
In a departure from its amicable approach to Beijing, Brussels ramps up criticisms against China's investments in the EU. In a paper released on March 12, the European Commission branded China as “an economic competitor in pursuit of technological leadership and a systemic rival promoting an alternative model of governance.”
Brussels' sharpened stance on Beijing is not surprising to Ding Chun, director of the Center for European Studies at Fudan University. “The EU, perplexed by a slew of crises, is becoming increasingly anxious about China's rise,” Ding told CGTN, noting that “the times that ‘competition' is mentioned in Brussels' China-related reports have gradually outnumbered that of ‘cooperation'.”
From the influx of refugees to a multi-year debt crisis to Brexit, the EU is being squeezed between international and domestic pressures. The economic slowdown and political divisions are gradually crippling the bloc's comprehensive strength.
“It is Europe that increasingly looks like the biggest threat to global growth… Industrial production across the 19-nation euro area is falling at the fastest pace since the financial crisis,” Bloomberg commented in its recent article.
In sharp contrast, China is seeing steadfast development. With its investment projects springing up across the world, China's economic power and political influence are growing with unprecedented speed. The way China has risen is not something the EU is ready to accept and the pressure from such a contrast, according to Ding, has made Brussels more vigilant. 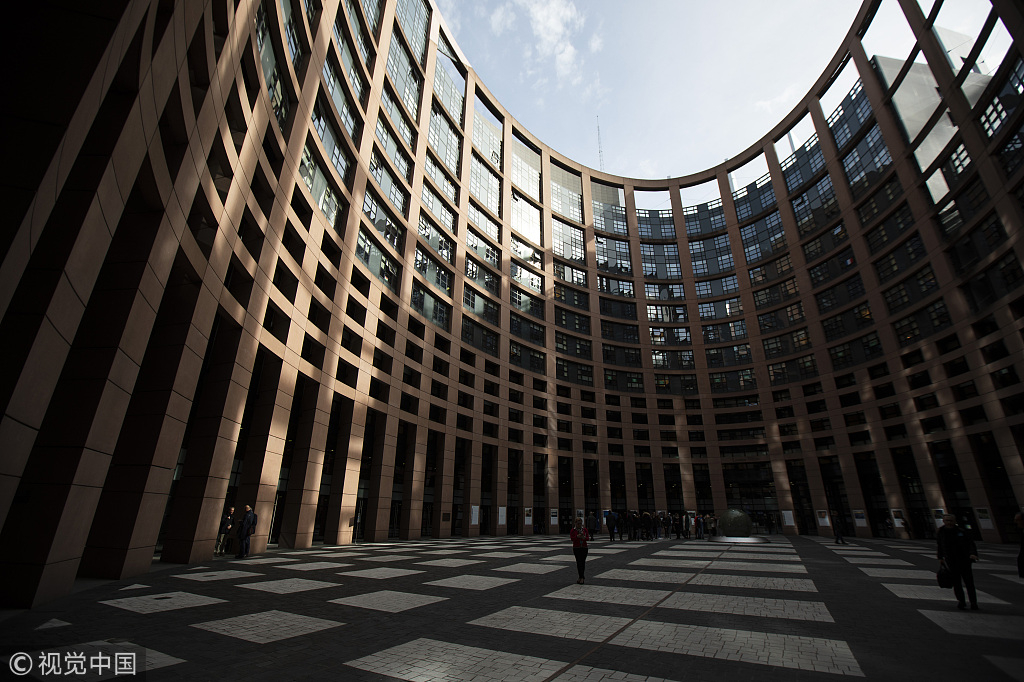 Visitors cross the central courtyard of the Louise Weiss building, the principal seat of the European Parliament, in Strasbourg, France, March 12, 2019. /VCG Photo

Visitors cross the central courtyard of the Louise Weiss building, the principal seat of the European Parliament, in Strasbourg, France, March 12, 2019. /VCG Photo

“China is adept in playing European countries against each other,” Marietje Schaake, a Dutch member of the European Parliament, reportedly said, accusing China of buying influence in Europe.
“European suspicions against China are, to a large extent, a result of misunderstandings,” Ding responded, adding that “China has no reason to divide and can reap no fruits from a divided Europe, especially as the Asian giant is locked in a trade war with the United States.” Indeed, there are certain competitions between Beijing and Brussels, but this cannot be equated with a strategic rivalry.
China's investments including the Belt and Road Initiative (BRI) are mutually beneficial, in which some European countries are showing strong interest.
For instance, Italy is moving to become the first G7 country to join the BRI. Cooperation with Beijing is an independent choice of the EU member states and cannot be regarded as evidence of China's “sowing dissension.”
The U.S. factor has made the China-EU relationship even more complicated. Since the outbreak of the Sino-U.S. trade fight, Washington has been lobbying its allies to ban Chinese telecommunications giant Huawei from participating in their 5G networks.
Earlier this week, U.S. Ambassador to Germany Richard Grenell even threatened that if Berlin dismisses the Huawei ban, it will be excluded from future intelligence-sharing cooperation with Washington. 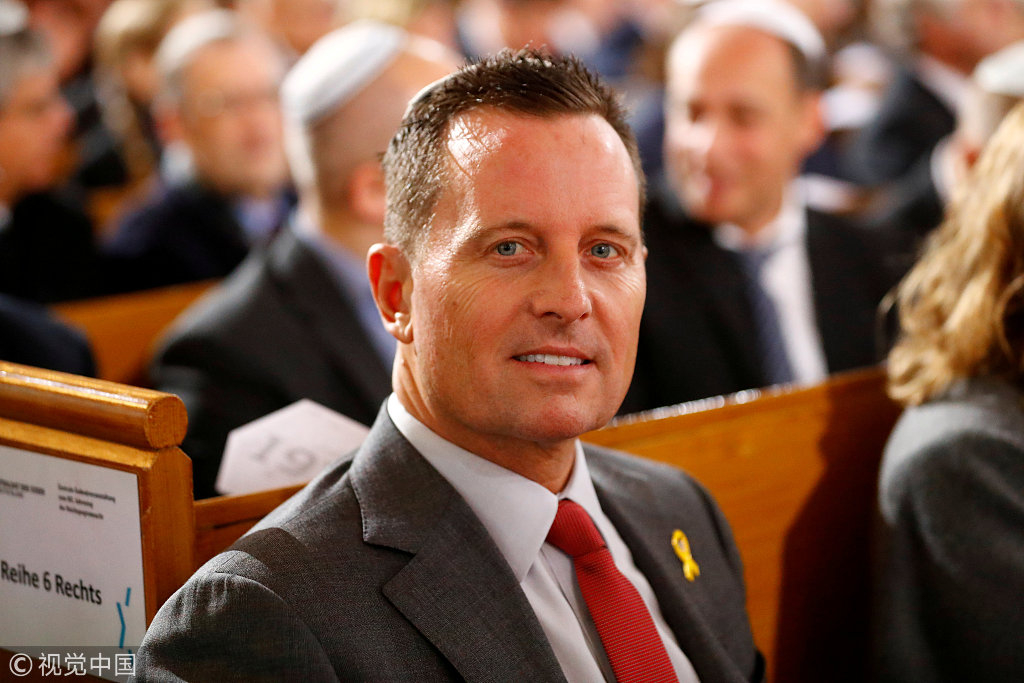 These dirty tactics are taking effect. Unable to afford to ruin ties with the world's largest economy and its long-term ally, Brussels has no other choice but to chime in with Washington's tough rhetoric on China.
But tough rhetoric cannot be interpreted as Brussels' hardened Beijing policy. In the era of global integration, China and the EU are inseparable, with the EU being China's largest trading partner and China being the EU's second largest. Brussels has the wisdom to distinguish its core interests from the need to pacify the United States.
Indeed, rising skeptical voices within the EU bloc are worth attention. But they will not play a determining role in Beijing-Brussels relations. After all, the two sides see no strategic conflict, and a sound relationship is multi-beneficial.
It's worth noting that Europe is the first destination of Chinese President Xi Jinping's 2019 visits, highlighting the importance Beijing has attached to its ties with the EU. The two sides should take the trip as an opportunity to clear up misunderstandings and intensify cooperation for common growth.
(If you want to contribute and have specific expertise, please contact us at opinions@cgtn.com.)