China is all about football, even without its team making it into World Cup
By Li Jingjing, Nick Moore and Huang Yichang 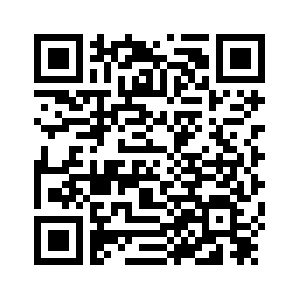 The FIFA World Cup kicked off in Moscow on Thursday, with hundreds of millions of fans around the world tuning in to the opening match between hosts Russia and Saudi Arabia.
At home, in bars, online or even inside the Luzhniki Stadium itself, the four-year wait for the most-watched sporting event on the planet has finally come to an end for Chinese fans.
China is already well-known for its legions of passionate football fans, happy to sacrifice sleep to watch matches in the middle of the night before getting up for work the next day.
Statistics from football's world governing body FIFA showed that 87 million Chinese viewers watched the 2014 World Cup final, despite a kick-off time of 3 a.m.! 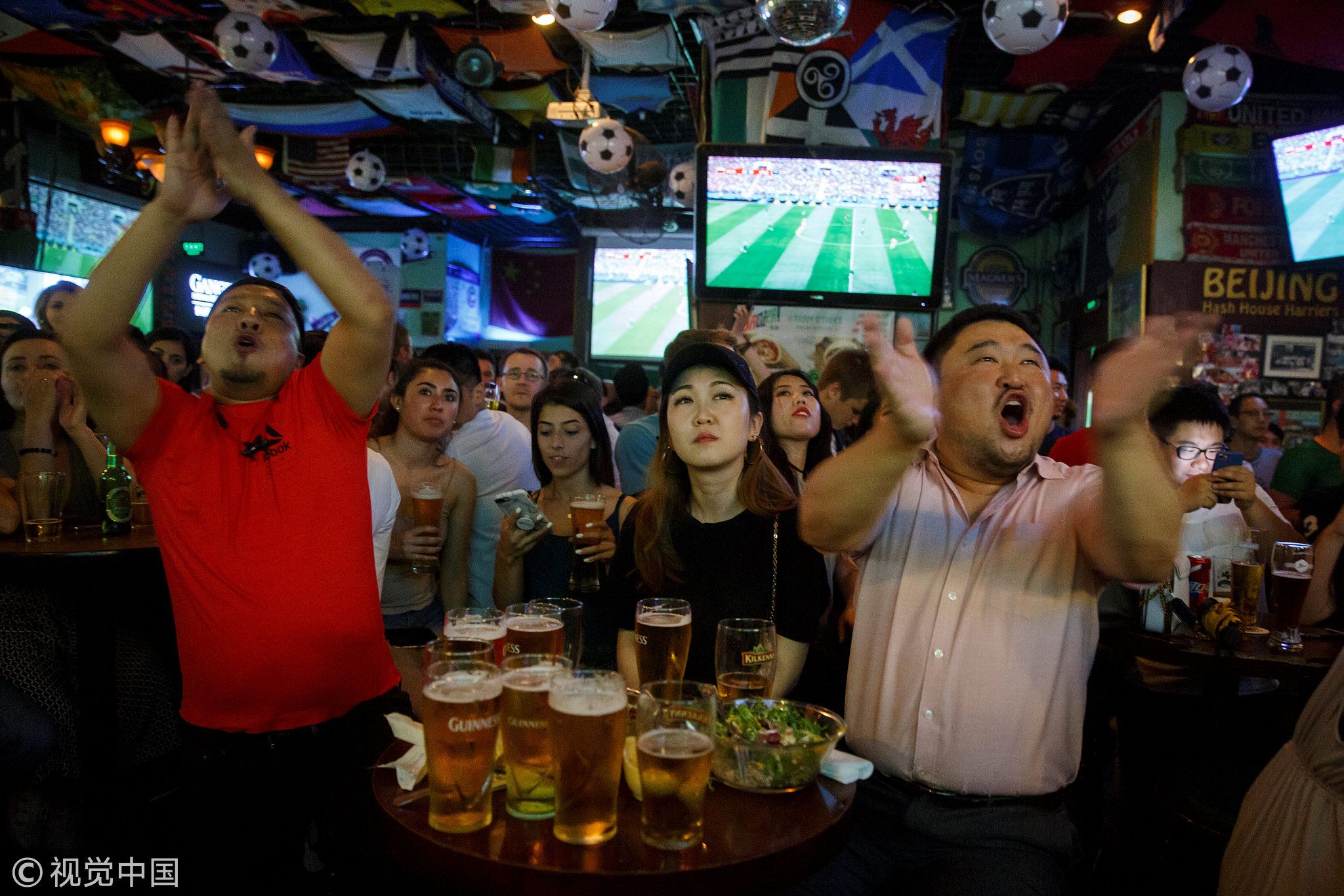 For this tournament in 2018 however, things have changed. The World Cup in China is no longer just about staring bleary-eyed at TV screens – it’s now all about the experience, a sign of the country’s growing football culture.
The huge growth in overseas tourism in recent years, with younger generations particularly passionate about travel abroad, means for many fans, the World Cup can be experienced first-hand in Russia itself.
China, unfortunately, did not qualify for this tournament – but that doesn’t mean football lovers need to stay at home. As many as 100,000 Chinese fans are expected to travel to Russia for the tournament, but only 40,000 of them actually hold tickets for matches.
This is a common phenomenon for other major footballing countries – in 2006, 100,000 England fans traveled to Germany, despite only being allocated 14,000 tickets.
Many ticket-less fans travel to tournaments just to soak up the local atmosphere, see the sights and celebrate matches in city-center fan zones with thousands of others.
As CGTN reported earlier this week, Chinese companies are organizing sports package tours to Russia, including hotels, flights, match tickets and trips to Moscow and St. Petersburg, with fans happy to pay prices ranging from 60,000 to 100,000 yuan (9,355 to 15,590 US dollars). 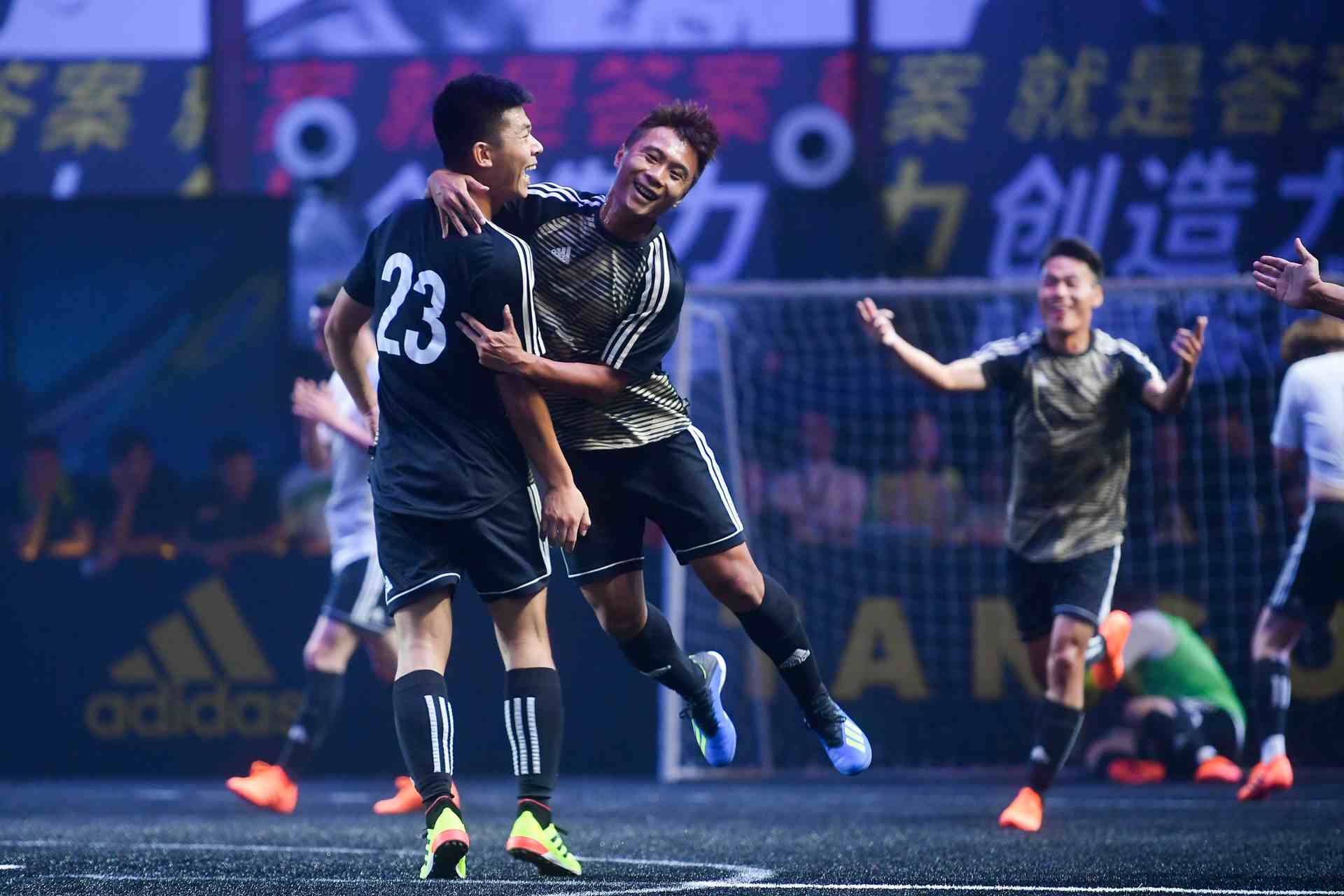 Amateur footballers playing a match in Beijing right before the World Cup kicked off on June 14./Photo courtesy of Edelman.

Amateur footballers playing a match in Beijing right before the World Cup kicked off on June 14./Photo courtesy of Edelman.

For fans back in China, the emphasis is increasingly on enjoying a wider World Cup experience, rather than simply following the games. Away from the pitch, major sports companies like Adidas are working with Chinese authorities to encourage more young people to get into the spirit of the game, with events held across China to show people of all ages there’s more to the tournament than just football.
That could mean getting the same haircut as your favorite player, taking on gamers around the world through FIFA Online or buying and collecting official World Cup merchandise. Through looking for a bigger and better World Cup experience, Chinese fans are becoming consumers on a massive scale.
Fans traveling to Russia are expected to spend approximately 25 million US dollars on tour packages, while a survey of 30,000 fans last year by the Red Card + Report found 65 percent of Chinese fans intend to buy official branded products for their favorite team.
The joys and pains of following your favorite team through the competition are no longer emotions to go through on your own at home – bars across Beijing, Shanghai and other major cities all screen the games long into the night, attracting huge crowds despite the late evening kick-off time.
Without a doubt, China has some of the most dedicated football fans in the world. The next question that remains for China’s football culture is whether it can turn that fan passion into performances on the pitch. Can China qualify for another World Cup by 2030, and establish itself as a football team to be reckoned with by 2050?