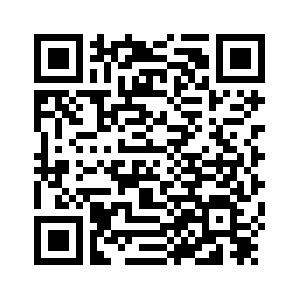 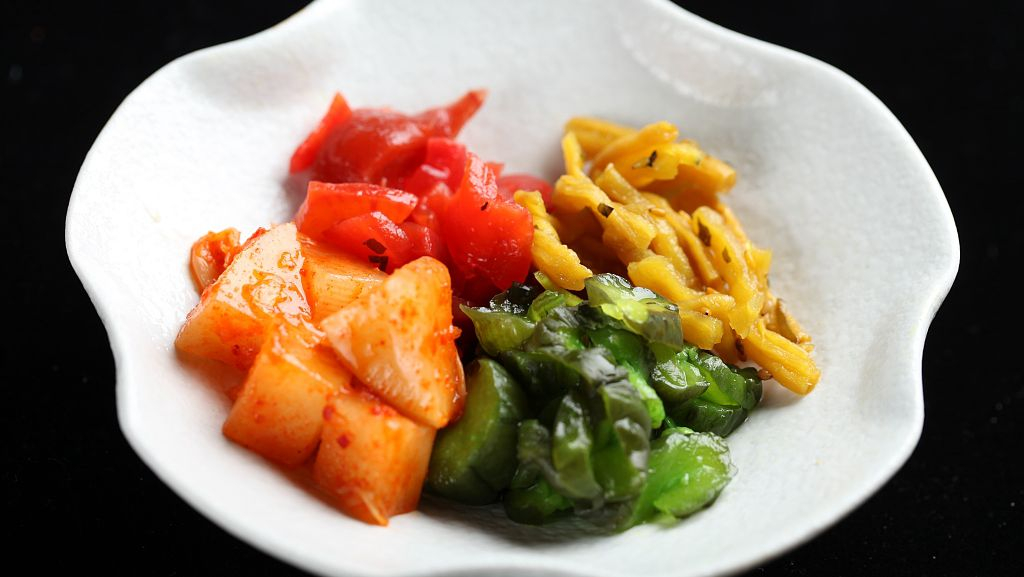 The recent hit TV series “Memories of Peking” centered on one of the humblest traditional Chinese delicacies, jiangcai, or vegetables pickled in sauce.
From sweet tender cucumbers to flavorful radish shreds, these pickles with an unimpressive appearance are indispensable to Chinese cuisine. 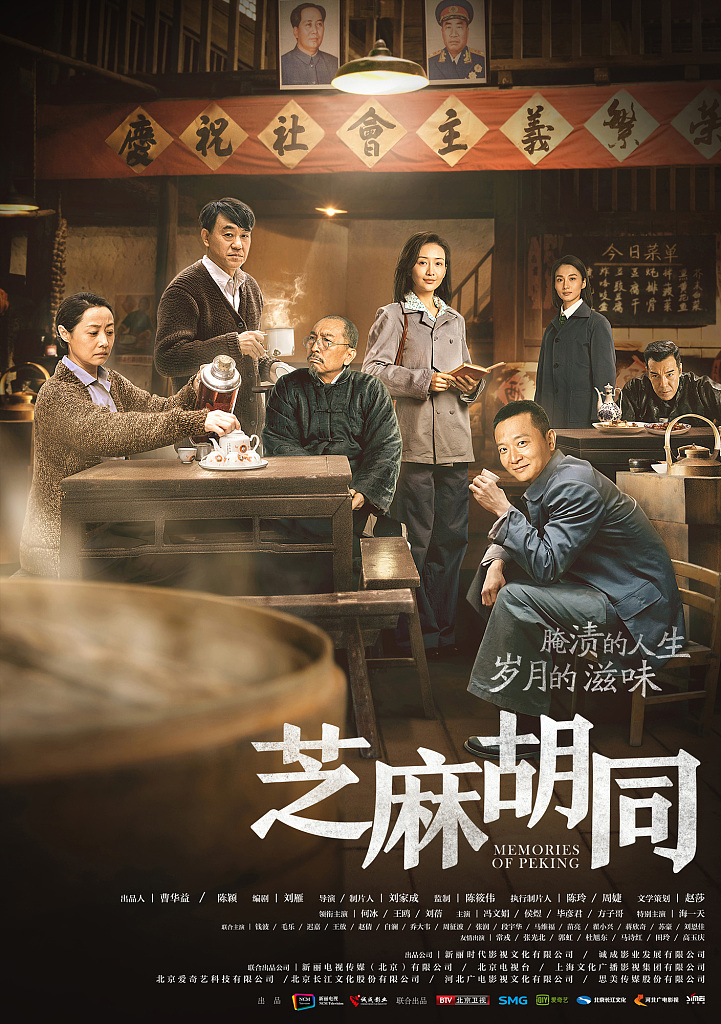 A poster of the Chinese TV series "Memories of Peking". /VCG Photo

A poster of the Chinese TV series "Memories of Peking". /VCG Photo

Paired with plain congee, they make simple Chinese comfort meals that can warm the stomach and heart at any time. The extra flavorful pickles can also cheer the appetite especially in the warmer months. Small plates of different pickles are often served as starters before main dishes in restaurants.
And while traveling away from home, bringing small vacuum packs of pickles can make one feel better instantly because the strong flavor gives the palate a much-needed boost.
One should note that vegetables pickled with large quantities of salt are to be avoided by people with high blood pressure or other health conditions that need a limit on sodium intake. 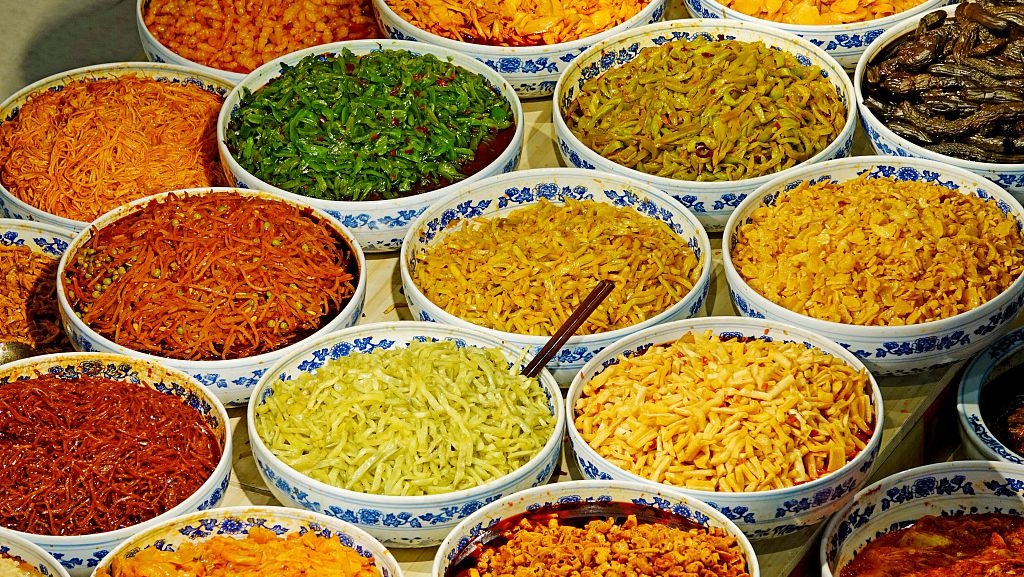 Jiangcai, or any other kind of Chinese pickles, was created as a means to preserve vegetables during a time of food scarcity, such as the lack of fresh produce in wintertime.
The basic process of making jiangcai is to cure the vegetables with lots of salt, then soak and rinse with water to remove excess salt before pickling them in soybean sauce or soy sauce.
While salt extends the life of fresh produce, the foundation of jiangcai is the jiang, or sauce.
In the first few episodes of “Memories of Peking,” the making of soybean paste sauce was demonstrated in great detail. 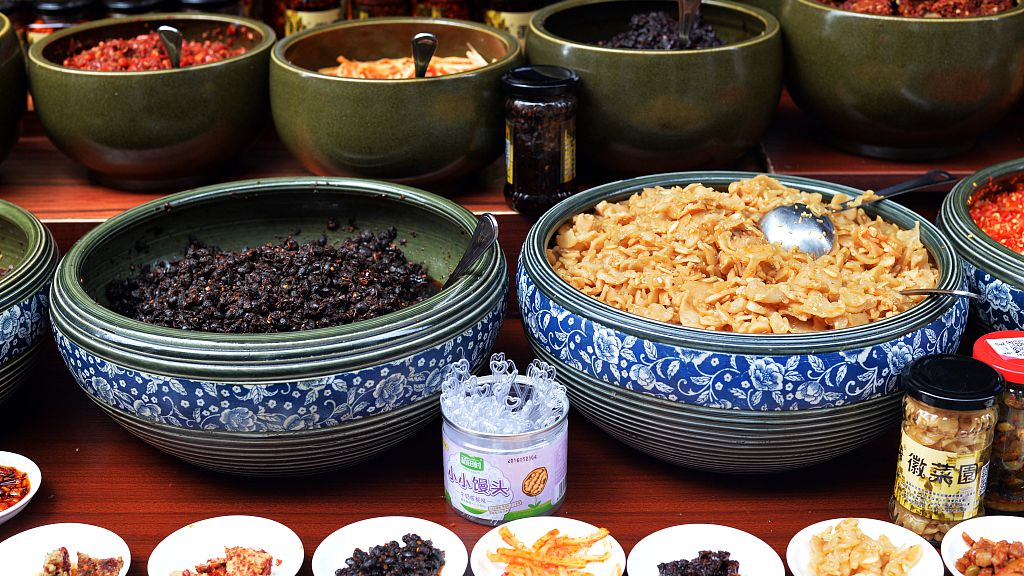 The first step is shangti, which is steaming the soy beans in giant bamboo steamers until they are fully cooked. Then, the soy beans are mixed with flour. The third step is called caihuangzi, that is to step on the beans to crush and blend them.
After the beans are prepped, it's time to let the fermentation do its magic. In an environment of 25 to 30 degrees Celsius, the beans are turned daily to allow even fermentation and they'll be covered in greenish yellow mould. These beans are called quzi. The beans are sun-dried until fully dried.
Next, the beans are mixed with seasoned salt water and placed in large jars which are turned regularly to ensure an even flavor.
The best season to make soy bean paste sauce is summer because of the high temperatures and strong sunlight.
When pickling vegetables in the sauce, a crucial step is called daba, a physically challenging task that brings the vegetables in the bottom to the top using a rake-like tool to ensure every bite has an even flavor.
The traditional Beijing lifestyle emphasizes going to the right place for the best quality products, hence there's the saying of “stir fry of Feng Ze Yuan, jiangcai of Liubiju, roast duck of Quanjude and medicines from Tong Ren Tang.” 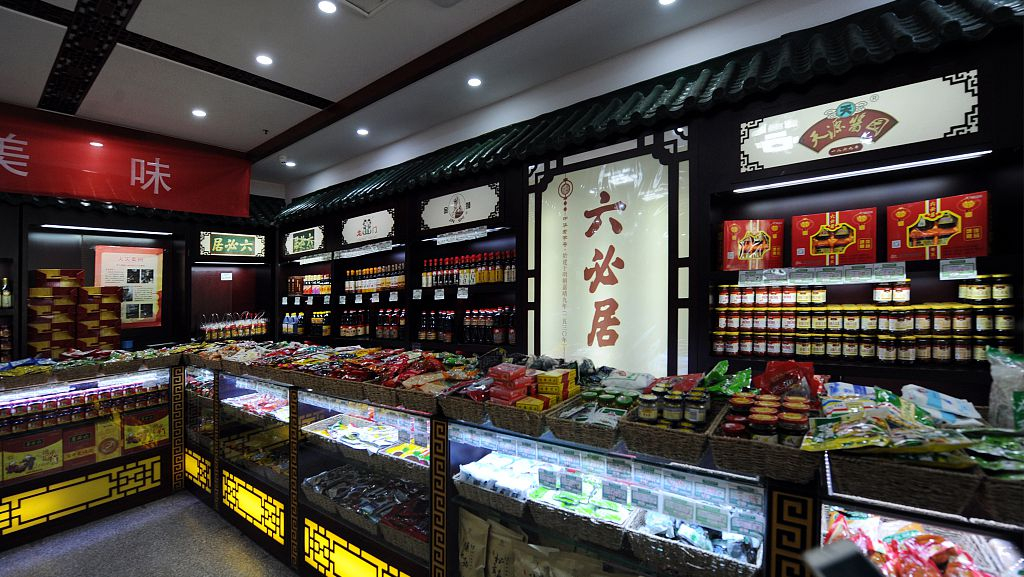 The craftsmanship of making pickled vegetables from Liubiju, the renowned and oldest Beijing jiangcai and sauce brand, was recognized as national intangible cultural heritage in 2008. It's said to have originated in the Ming Dynasty (1368-1644).
As a time-honored brand, Liubiju sources all ingredients from fixed production areas and controls every step of the process to ensure consistent qualities.
Jiangcai can be made with almost any vegetable — radishes, lotus roots, garlic sprouts, asparagus lettuce and so on.
In northern China, the Beijing-style jiangcai dominates, while in the south the representative variety is the Yangzhou style. The flavors of the two styles vary — the jiangcai is saltier in Beijing and sweeter in Yangzhou.
(Cover image via VCG)
Source(s): Shanghai Daily