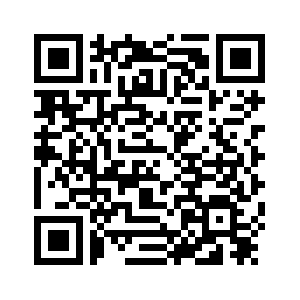 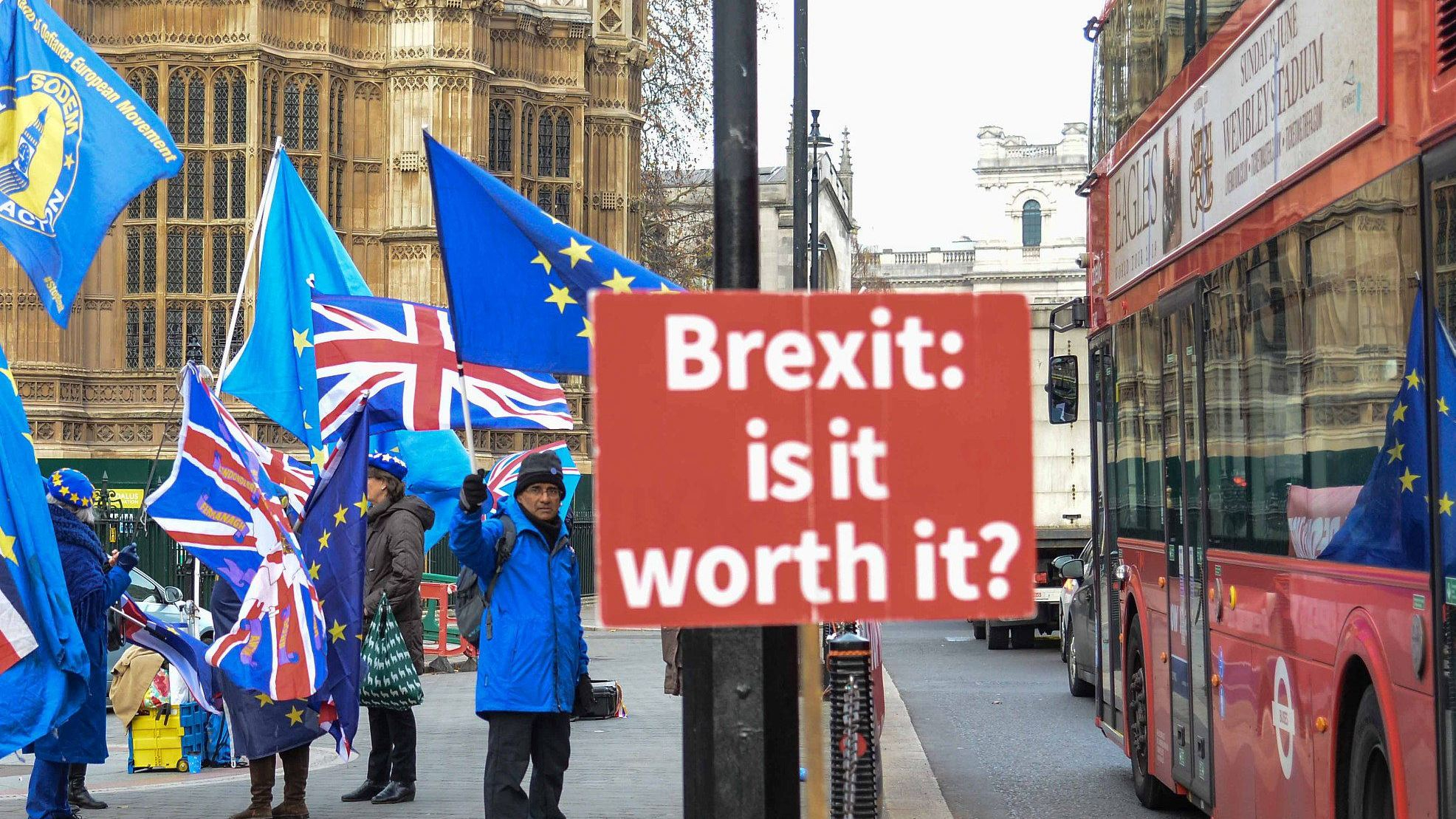 Editor's note: Zhu Zheng is an assistant professor at China University of Political Science and Law. The article reflects the author's opinion, and not necessarily the view of CGTN.
As Brexit is reaching its final point, intense heat could be felt in the negotiations and debates thereof. At this juncture, it is necessary to recap the whole process and highlight some key points, with an aim to map out where we are and give a clear idea of what awaits in the future.
Broadly speaking, Brexit consists of three key steps. The first one is, of course, the triggering Article 50 of the Lisbon Treaty, which is the official start of the process.
Pursuant to Article 50 of the Treaty, any member state is allowed to withdraw from the EU, but it has to “notify” the European Council of its intention “in accordance with its own constitutional requirements.”
In the case at hand, therefore, the UK has to notify the European Council of the intention to depart in accordance with the British Constitution, under which the job falls on the prime minister.
Under the UK constitutional conventions, the prime minister is entitled to wield the so-called “prerogative powers” to decide diplomatic matters, which includes severing ties with the EU.
Seen in this light, notwithstanding strong political oppositions and even legal challenges (e.g. Miller case which dealt with the legal question of whether the government was entitled to trigger Article 50 without both Houses of Parliament passing legislation enabling it to do so and royal asset being given by the Queen), the Brexit bill proposed by the government went through Parliament in March 2017, which successfully started the first phase of Brexit. 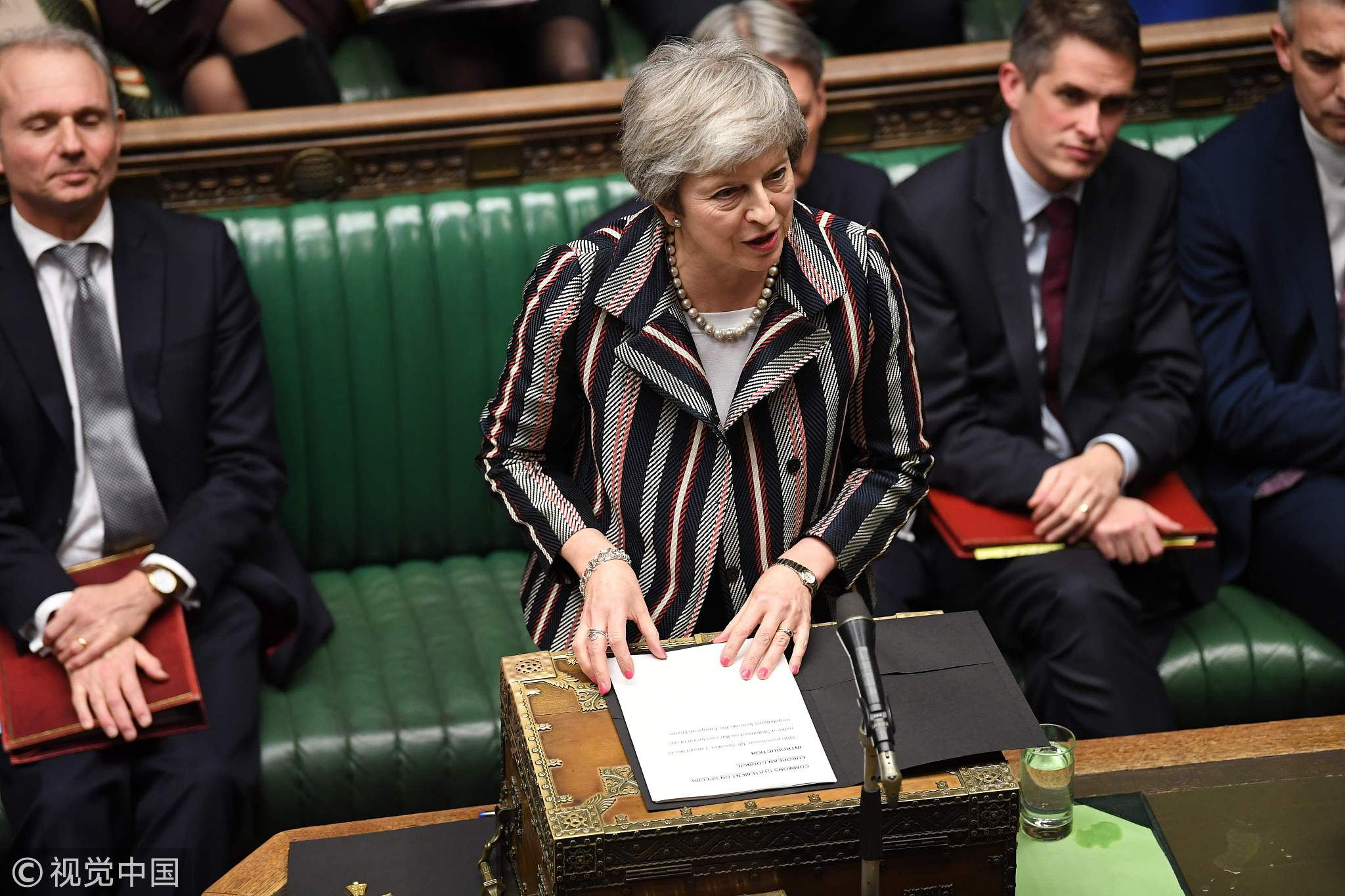 Britain's Prime Minister Theresa May giving a statement to the House of Commons in London on November 26, 2018. /VCG Photo

Britain's Prime Minister Theresa May giving a statement to the House of Commons in London on November 26, 2018. /VCG Photo

Following the first step, the second phase of Brexit focuses on the arrangements for the UK's withdrawal. It should set out the framework for the future relationship between the UK and the EU.
As reported, after lengthy and fraught talks, along with political maneuvers such as postponing the Irish border question, Britain finally struck a deal with the EU on June 19, 2018, laying out details of customs, VAT and so on.
The newly reached agreement, often called “the Chequers plan,” was approved by the British Cabinet and the EU early this month.
Put in a nutshell, the 585-page agreement has addressed three main concerns. First, Britain will formally exit the EU on March 29, 2019, but stay in the bloc's single market and remain subject to EU laws and regulations until the end of December 2020. The transition period gives more time for further negotiations, and it can be extended once again before July 1, 2020, for an unspecified period of time.
Second, both sides agreed that there will be no hard border between Northern Ireland as one part of the UK and the EU member Republic of Ireland. Furthermore, a single customs market will be built up removing all tariffs and covering all products except fishery goods between the UK and the EU. 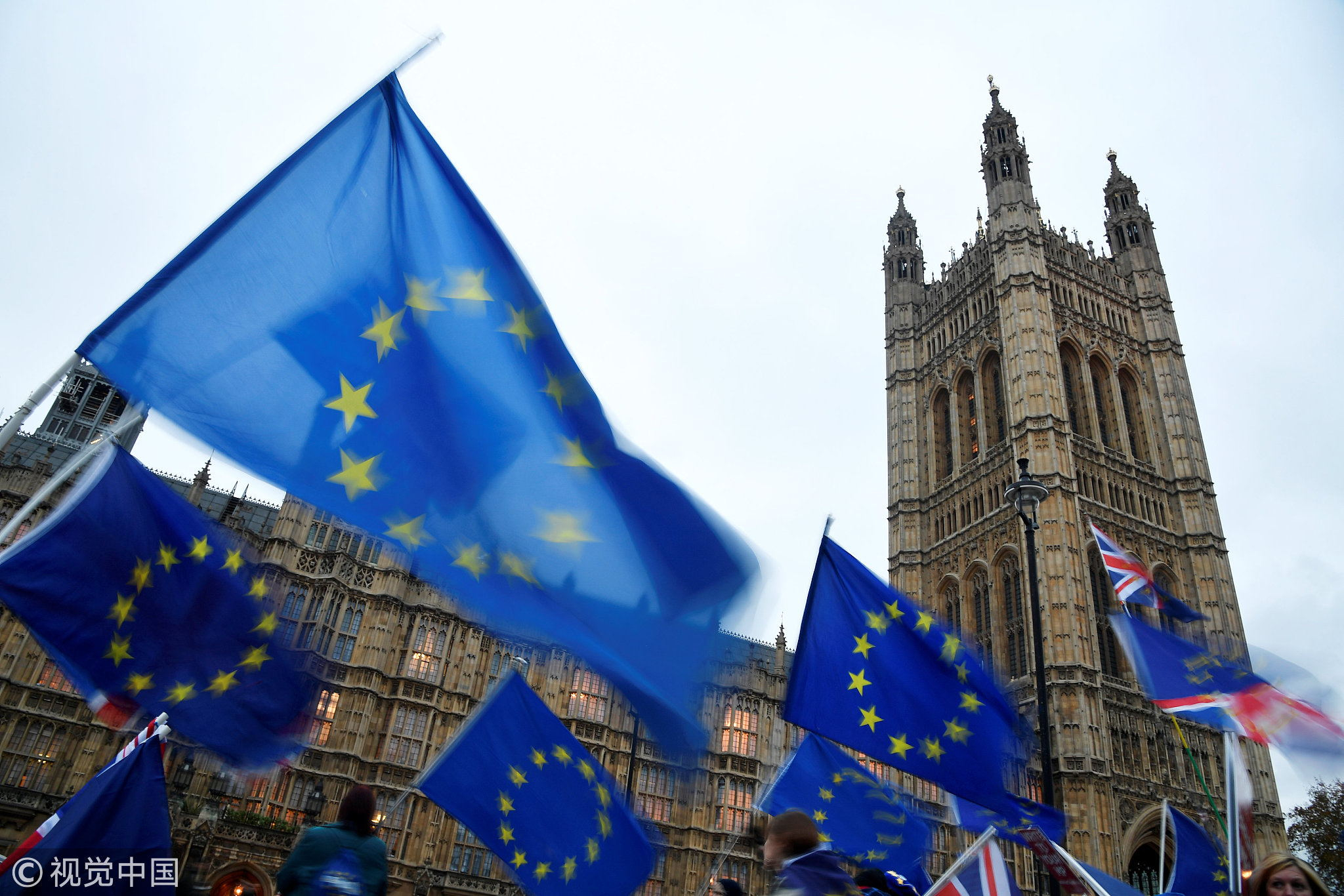 The final point of the agreement concerns the free movement of 3 million EU citizens living in the UK and over 1 million UK nationals in EU member states. The very people are authorized to continue living, working or studying as they presently do until a final deal is made in or after the transition period is concluded.
After the transition period, as promised by Theresa May, the Brexit process will come to a concluding point where a “Great Repeal Bill” will be made, nullifying the European Communities Act 1972 and all UK statutes that were previously in force under EU law. This is the third and final phase of Brexit.
All three Brexit steps highlighted above are subject to Parliament review. In the first one, for example, the Brexit process was launched with Parliament's authorization, and in the concluding one, all pertinent domestic enactments will be repealed by Parliament through legislation.
With no exception, the present stage as the second phase of Brexit will also witness a heavy examination of Parliament – Theresa May's Brexit proposal will be closely reviewed and heatedly debated by some Tory backbenchers in Parliament. It is due on December 11.
In this upcoming Parliament debate, the prime minister would lose the command of her Cabinet if the plan were voted down, meaning she would not be able to carry on as the head of government, and a general election would ensue, or if the bill were successfully passed in Parliament, Theresa May would be coroneted as the "Queen of Brexit" in the country's history. Regardless, at this moment, Theresa May has no choice but to press ahead.
At the end of the day, the sovereignty of the country lies in the hands of Parliament. For all three stages of Brexit, Parliament should have the final say. Make no mistake: Parliamentary sovereignty is something unshakable in the kingdom.
(If you want to contribute and have specific expertise, contact us opinions@cgtn.com)