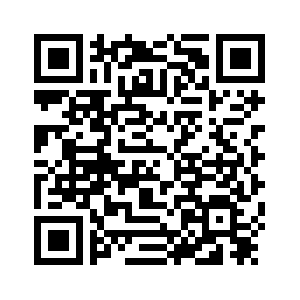 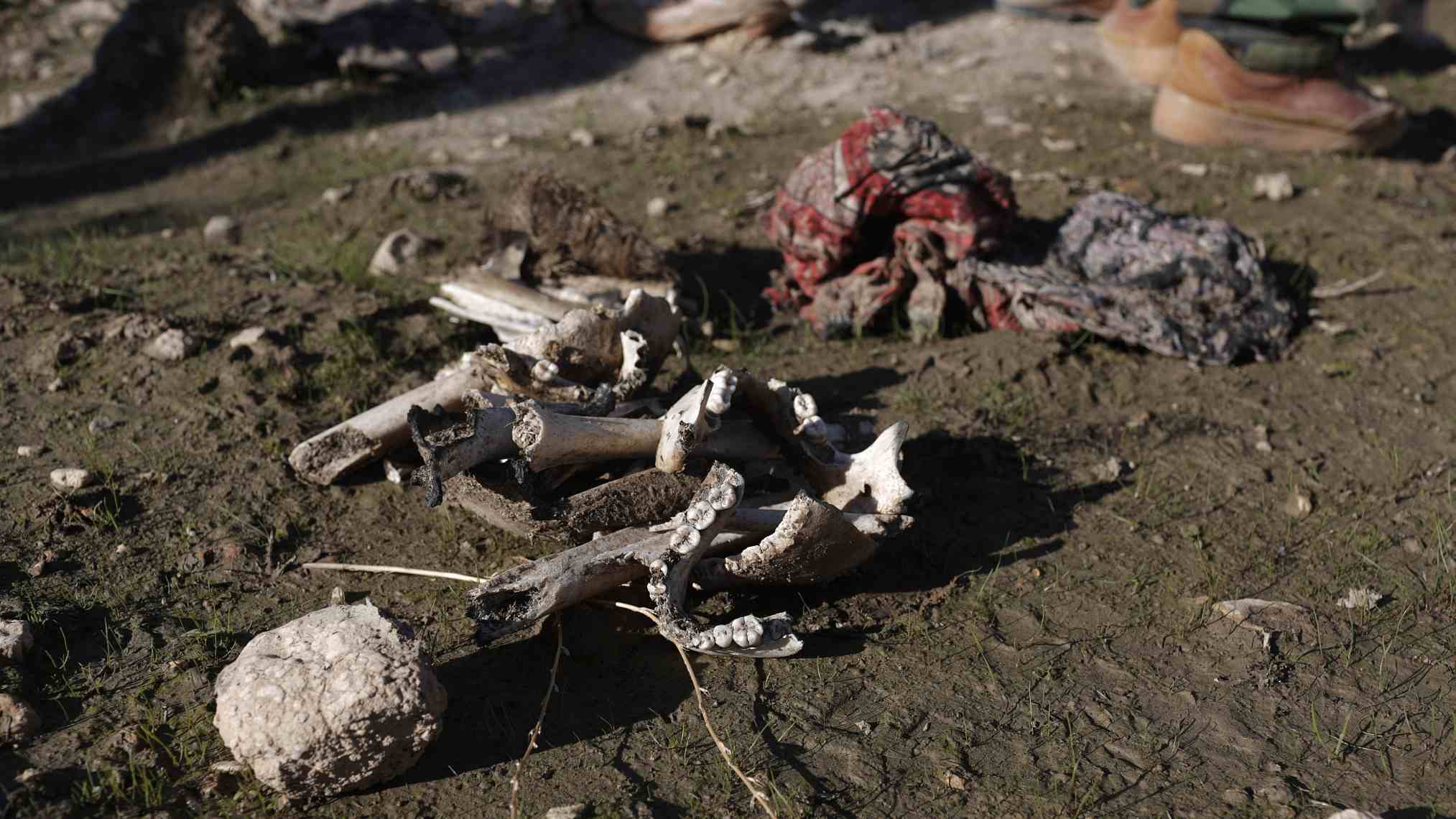 More than 200 mass graves containing thousands of victims have been discovered in Iraqi areas previously controlled by the extremist Islamic State of Iraq and the Levant (ISIL) militant group, a UN report said on Tuesday.
"The UN Assistance Mission for Iraq (UNAMI) and the UN Human Rights Office have documented the existence of 202 mass grave sites in the provinces of Nineveh, Kirkuk, Salahudin and Anbar in the northern and western parts of the country," the Office of the UN High Commissioner for Human Rights (OHCHR) said.
The report said that there are maybe more mass graves, and it is difficult to determine the total number of people in these graves.
"The smallest site in west Mosul contained eight bodies while the biggest is believed to be the Khasfa sinkhole in south of Mosul which may contain thousands," according to the report. 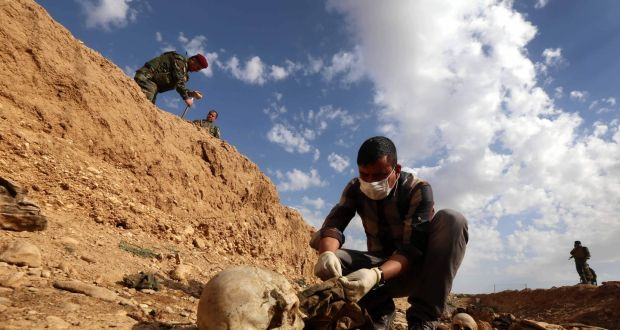 Inspecting the remains of members of the Yazidi minority killed by ISIL after Kurdish forces discovered a mass grave near the village of Sinuni, in the northwestern Sinjar area of Iraq, February 2015. /AFP Photo

Inspecting the remains of members of the Yazidi minority killed by ISIL after Kurdish forces discovered a mass grave near the village of Sinuni, in the northwestern Sinjar area of Iraq, February 2015. /AFP Photo

"Evidence gathered from these sites will be centralized to ensure credible investigations, prosecution and convictions in accordance with international due process standards," the report said.
"Meaningful truth and justice requires the appropriate preservation, excavation and exhumation of mass grave sites and the identification of the remains of the many victims and their return to the families," the report added.
In 2014, ISIL group captured vast swaths of Iraqi territory, including the country's second largest city of Mosul.
The militant group carried out "a campaign of widespread violence and systematic violations of international human rights and humanitarian law, acts that may amount to war crimes, crimes against humanity, and possible genocide," according to the report.
The UN envoy to Iraq, Jan Kubis, said "the mass grave sites documented in our report are a testament to harrowing human loss, profound suffering and shocking cruelty." 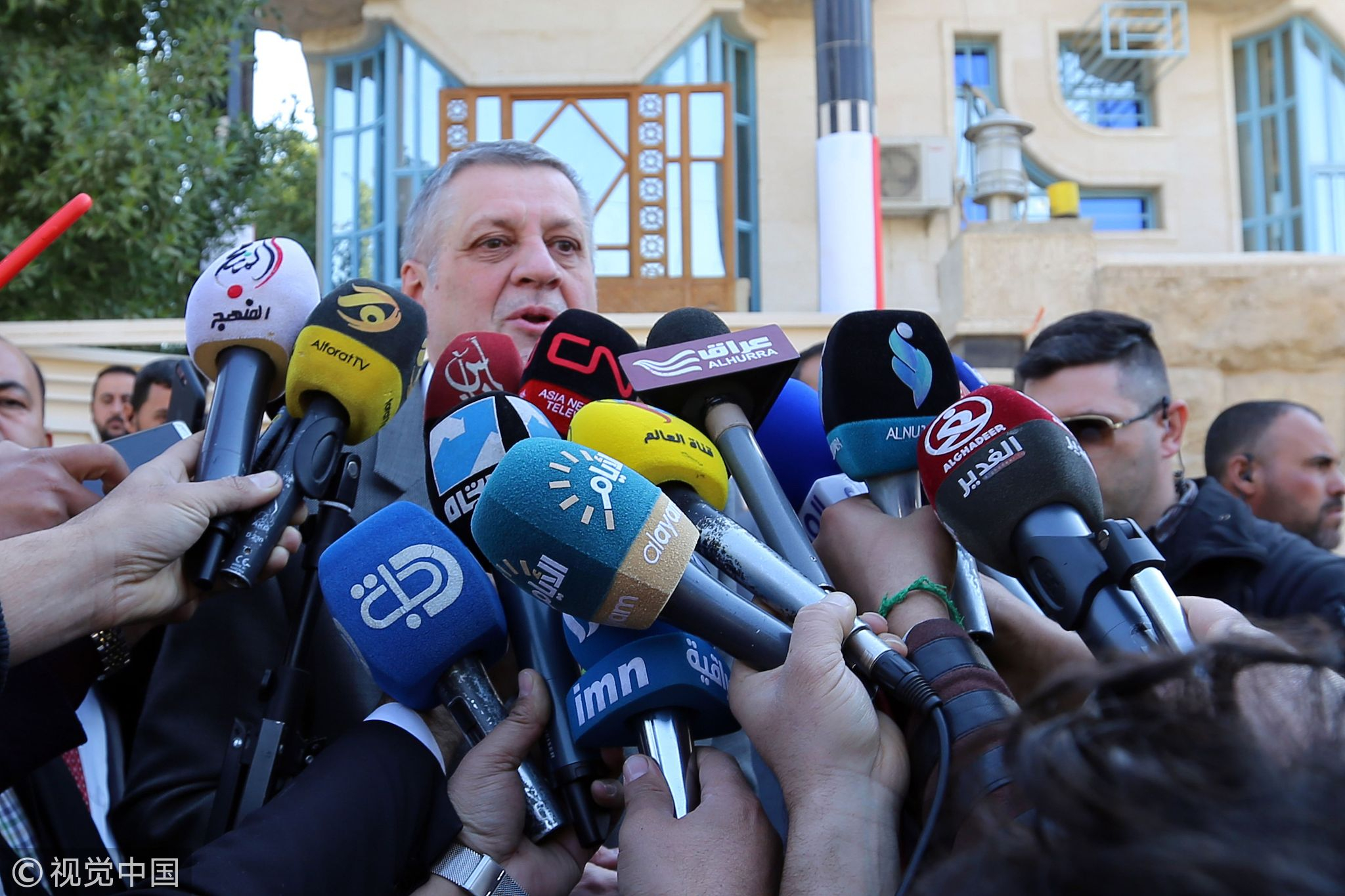 "Determining the circumstances surrounding the significant loss of life will be an important step in the mourning process for families and their journey to secure their rights to truth and justice," he said.
UN High Commissioner for Human Rights, Michelle Bachelet, said, "ISIL's horrific crimes in Iraq have left the headlines but the trauma of the victims' families endures, with thousands of women, men and children still unaccounted for."
"These graves contain the remains of those mercilessly killed for not conforming to ISIL's twisted ideology and rule, including ethnic and religious minorities," he said.
"Their families have the right to know what happened to their loved ones. Truth, justice and reparations are critical to ensuring a full reckoning for the atrocities committed by ISIL," Bachelet added.
Kubis said the report was aimed at supporting the Iraqi government in protecting and excavating these mass graves, through the work of Iraq's Mass Graves Directorate and its international partners.
Bachelet and Kubis reiterated their support to the Government of Iraq in carrying out this significant task.
The report also called on the international community to support the efforts related to the exhumation, collection, transportation, storage and return of human remains to families, as well as their identification, particularly by helping strengthen the Mass Graves Directorate.
On December 9, 2017, Iraq declared full liberation of all the areas once seized by the extremist group.
(Cover image: Bones, hair and traditional Yazidi garb are seen at the site of a suspected mass grave outside the Institute of Technology, some 5 km east of the town of Sinjar, Iraq, November 15, 2015. /VCG Photo)
Source(s): Xinhua News Agency