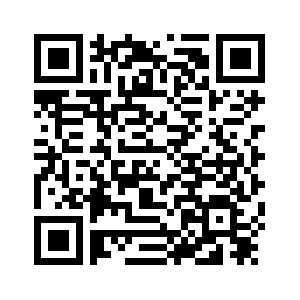 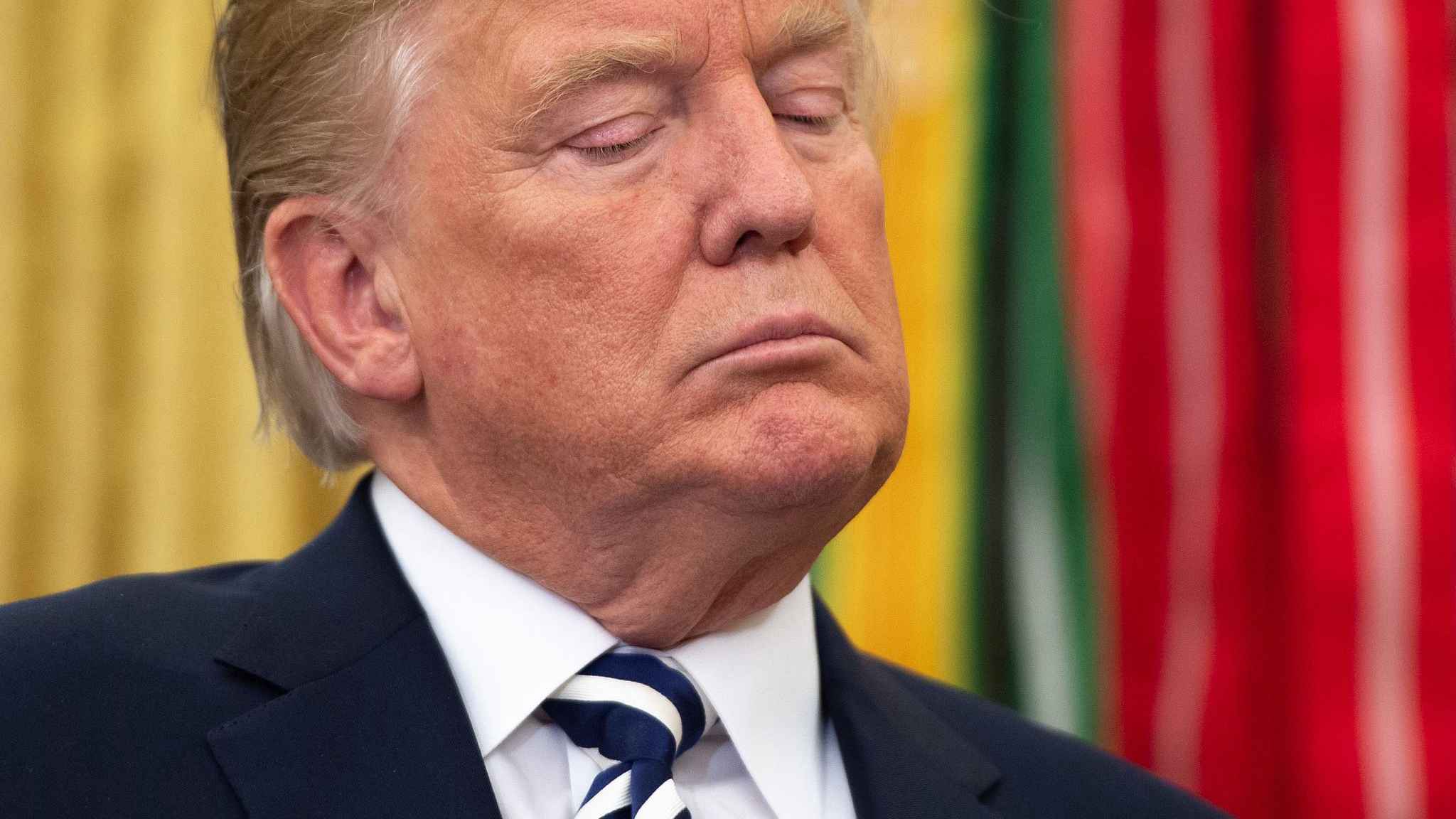 Editor’s note: Dr. John Gong is a research fellow at the Charhar Institute and professor at the University of International Business and Economics. The article reflects the author’s opinion, and not necessarily the view of CGTN.
Finally, someone is standing up against Trump’s tyranny over the Republican Party!
Who would have imagined that the party that put Abraham Lincoln in presidential office and made its name in history from abolishing slavery to championing economic liberalism would sink to today’s level of localism, protectionism and xenophobia under Trump’s leadership! His mercantilist political maneuver has not only made the country more divisive, but also the Republican Party more divisive.
This week, an influential political force and arguably one of the largest financiers within the Republican Party has had enough of Trump’s trade war. The Koch brothers are wildly successful industrialists who have a long history of active political participation.
The Koch network, which is a powerful fundraising machine, was in fact born fighting tariffs, steel tariffs to be specific – under the George W. Bush administration in 2003. The Koch brothers founded the network with a group of business leaders sharing the same free trade vision. 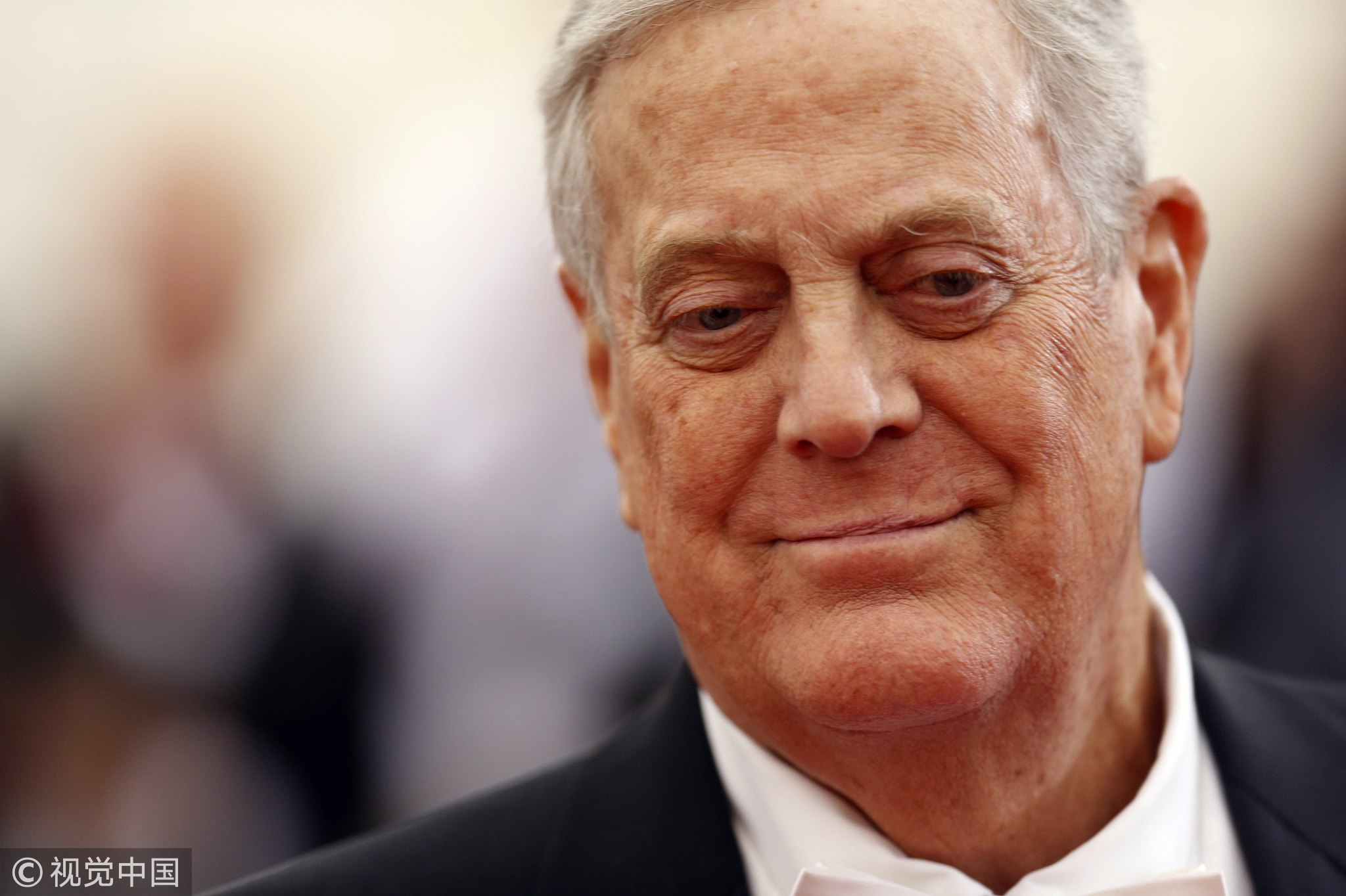 Today, the network has grown to encompass more than 700 donors who each contribute at least 100,000 US dollars annually to political action groups affiliated with the Koch network. The mission hasn’t changed a bit – still fighting tariffs.
And ironically after 15 years, the Koch brothers are still fighting tariffs on steel, plus aluminum, plus a whole bunch of other things. As of July 6, Trump’s tariffs have already covered 34 billion US dollars' worth of imports from China. On Wednesday Trump told US Trade Representative Robert Lighthizer to consider raising proposed tariffs on 200 billion US dollars in Chinese goods to 25 percent.
A few days ago, more than 500 of the Koch network donors gathered for a three-day retreat at the sprawling Broadmoor resort in Colorado Springs, a beautiful place with a breathtaking view of the Rocky Mountains that I visited many times to attend the CableLabs Summer Conference when I was working in the US.
A four-minute video featuring Charles Koch narrating directly at the camera was produced for the conference, and it will be shown at Koch network events across the country. The first part of the video is some boasting of Koch Industries’ success story, but the second half strikes the anti-protectionism message home.
He credits the growth of his company to “rejecting protectionism for a vision of mutual benefit and continual transformation.” This video will air to millions of people, and likely on national TV networks as well; the Koch network is deep-pocketed. It has said it will spend up to 400 million US dollars in this year’s midterm election. 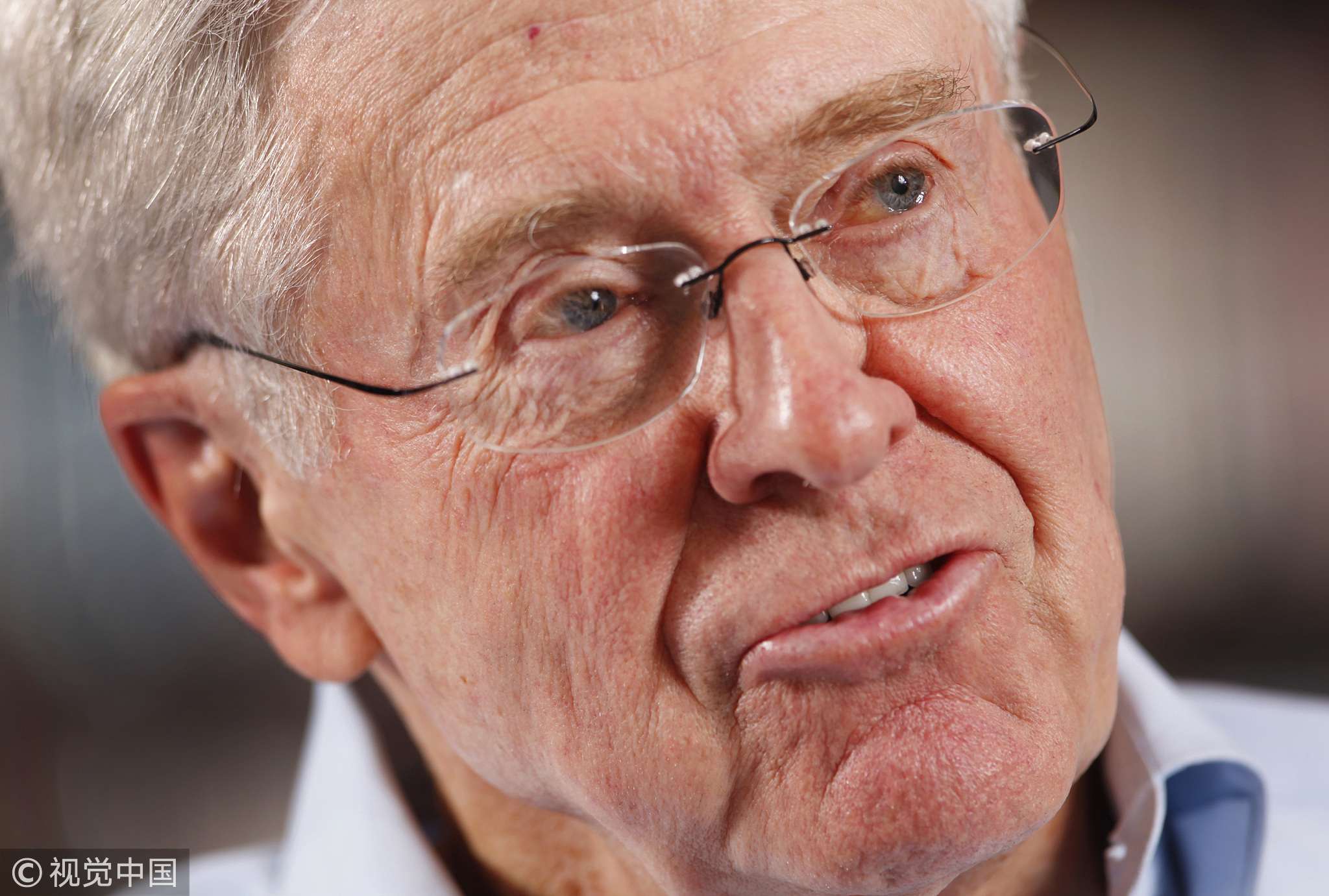 Charles Koch, 76, speaks during an interview on May 22, 2012, in his office at Koch Industries in Wichita, Kansas, where Koch Industries manages 60,000 employees in 60 countries. /VCG Photo

Charles Koch, 76, speaks during an interview on May 22, 2012, in his office at Koch Industries in Wichita, Kansas, where Koch Industries manages 60,000 employees in 60 countries. /VCG Photo

The first victim on the Republican side looks like it will be Republican Representative Kevin Cramer, who is currently campaigning in an effort to unseat Democrat Senator Heidi Heitkamp of North Dakota. On Monday, the Koch network announced that it does not currently plan to support Cramer as Trump does, who earlier had campaigned for Cramer at a rally in Fargo last month.
Trump characteristically snapped back, especially not to be outdone by a billionaire. “The globalist Koch Brothers, who have become a total joke in real Republican circles, are against Strong Borders and Powerful Trade,” he wrote on Twitter. “I never sought their support because I don’t need their money or bad ideas.”
This clearly indicates the chasm within the Republican Party is widening. Some of the Party’s financiers are being badly hurt by Trump’s trade war and are now serious about raising the pressure on the Trump administration over its trade policy, even at the cost of losing more Republican seats in the House and the Senate.
This draws an interesting, electorate picture showing that the extreme segment of the Republican Party – particularly the part representing the mostly white have-nots of the economic transition in America’s industrial heartland that have been ferociously loyal to Trump so far – is further sliding to the side of the extreme Democrat segment composed of mostly union members in the Rust Belt who have been traditionally anti-trade and anti-globalization.
This is indeed the vision, the vision of establishing an alliance between the two segments, advocated by Steven Bannon, Trump’s previous strategic advisor. America being controlled by these people is a scary scenario for the world. If they are successful, we would see more destructive foreign policy coming from Washington.