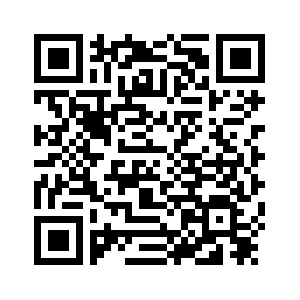 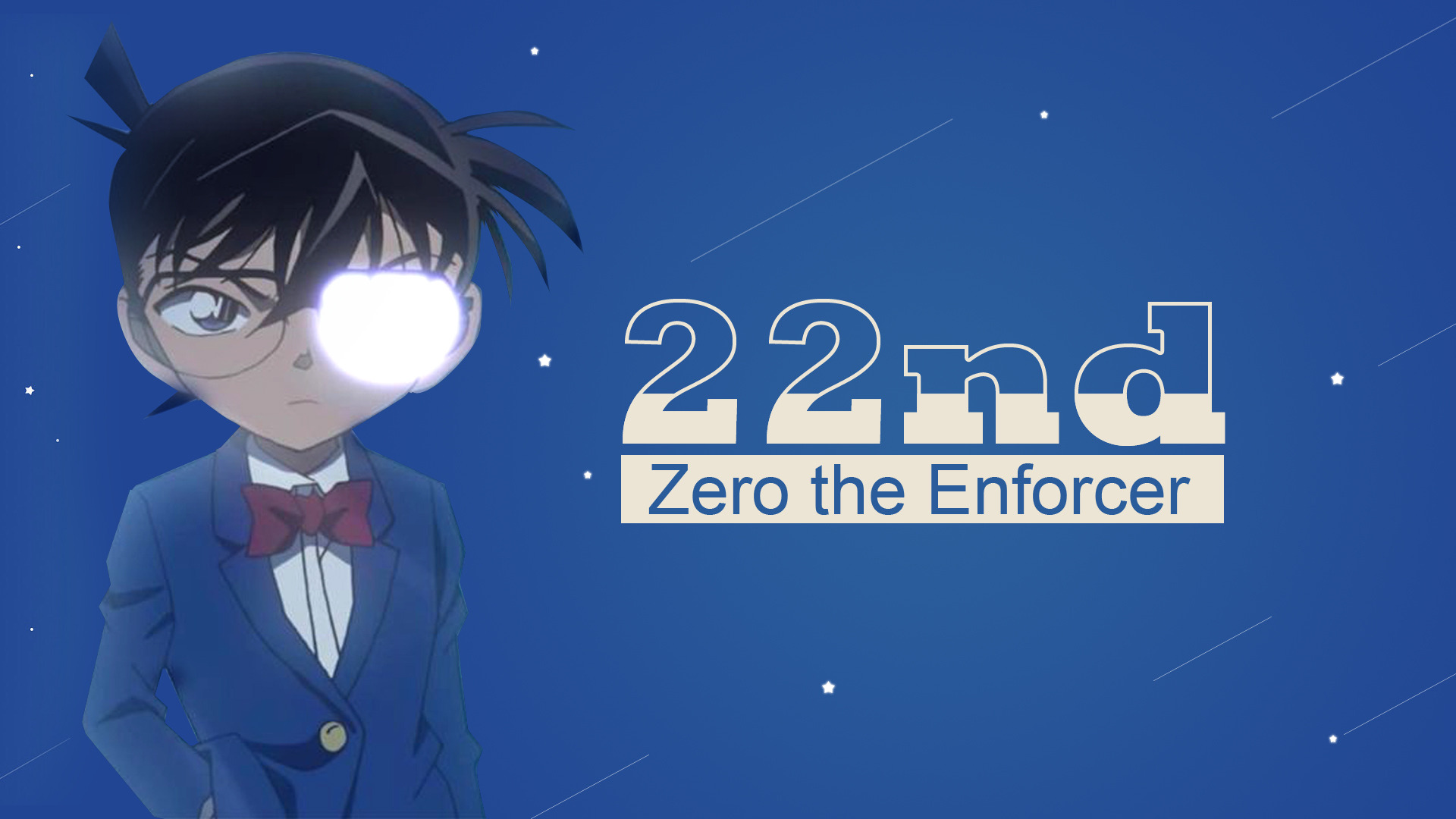 "Detective Conan: Zero the Enforcer", the 22nd installment of the long running anime film series, opened today in China's mainland.
The Detective Conan film series has always been very popular, and “Zero the Enforcer” broke multiple box office records in Japan.
According to Mtime's report, the film's local box office reached 8.8 billion yen (about 70 million US dollars), making it the eighth most popular animated movie overall in the country. This, combined with the casting of several high profile Chinese voice actors, suggested the film would be a definite hit when released on the mainland.

Detective Conan is one of the most beloved anime series in China. Since it's debut in 1996, it has gathered a huge fan base and is considered to be a landmark series that grew alongside the post 80s generation.
Fans were so excited when they found out about the film's release. Zheng Xiangyun, an English teacher at a primary school in Beijing, cleared their schedule so they could get to the cinema on Friday.
“I watched this cartoon when I was the same age as my current students. It's hard to believe that I have followed it all through these years, but yes, it is a must-see for me,” said Zheng.
“My students, they don't care about Conan, it's no longer a cartoon for children. It's a cartoon for us, especially the post-80s. I remember my sister and I myself sitting in front of TV waiting for Conan after school,” said Zheng, sharing her childhood memory with CGTN.
Fans were so excited for the film that there was even a poster design competition for the Chinese release, showing that they don't just like Detective Conan, but that they want to be involved in it too. 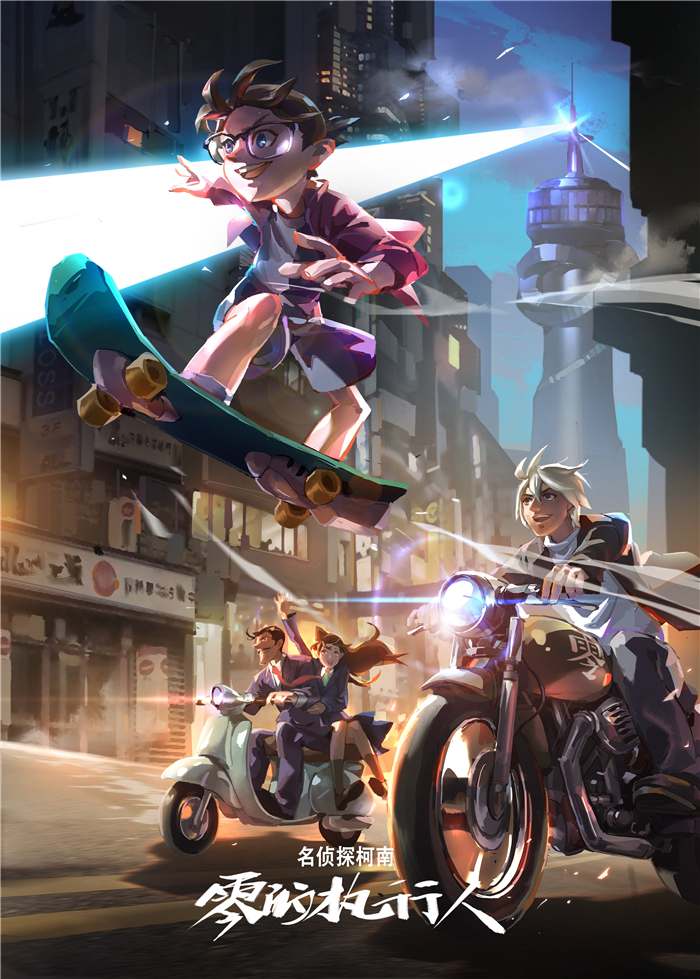 One of the posters designed by a fan. /Xinhua Photo

One of the posters designed by a fan. /Xinhua Photo

What are the fans saying?

After all the hype, and the success in its native Japan, it's been surprising to see that "Zero the Enforcer" has been poorly received by Chinese moviegoers.
“Zero the Enforcer” got only 5.8 points out of ten on Douban, a Chinese website that is similar to Rotten Tomatoes. It is so far the second lowest rated in the whole series. The lowest is still the 19th film "Detective Conan: Sun Flowers of Inferno”, which is slightly lower with only 5.7 points out of ten. 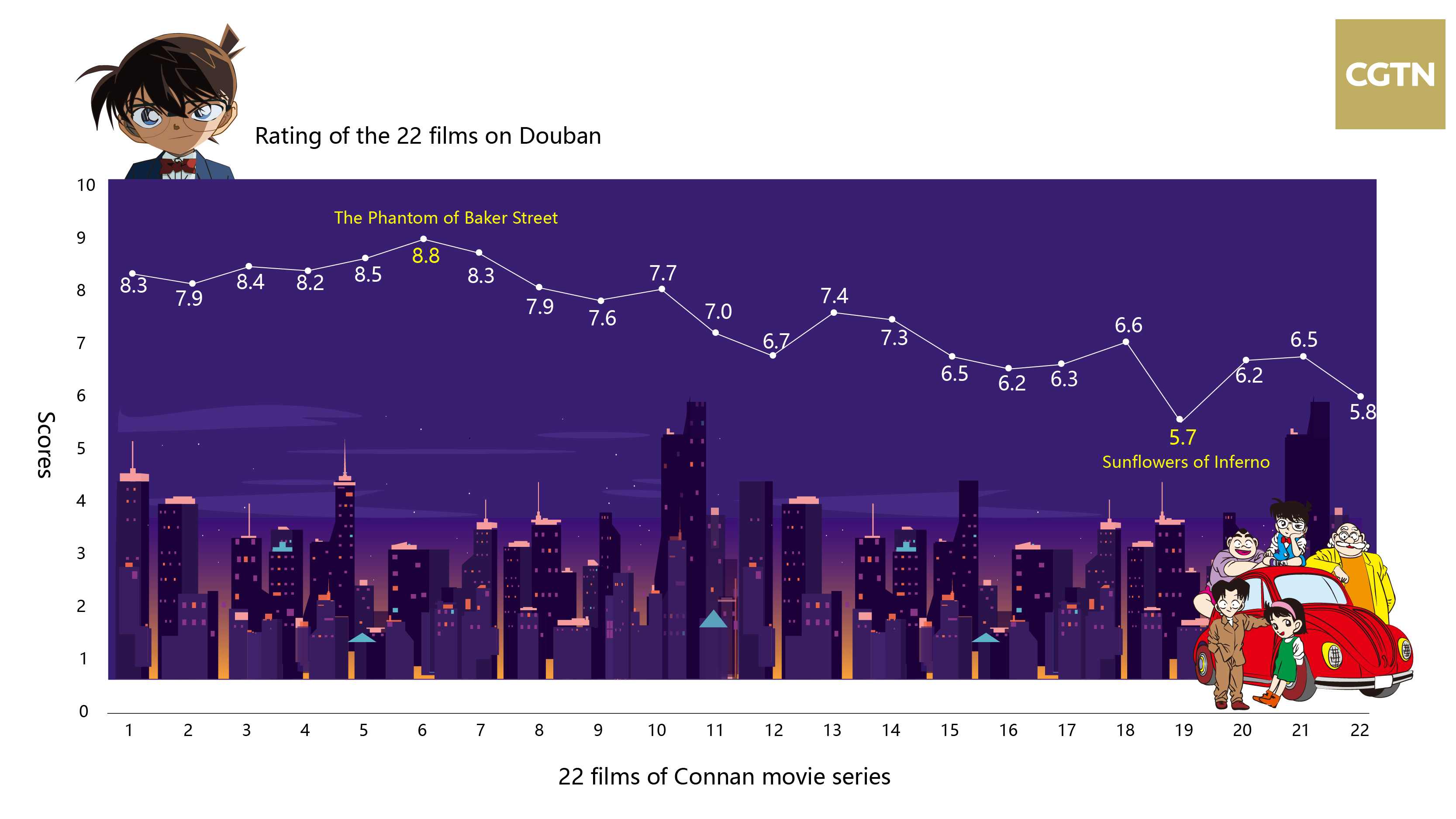 Audiences pointed out that the plots are becoming repetitive, and some of the films don't make sense anymore.
Fans have even summarized some common elements of a Detective Conan plot:
1. The Junior Detective League says something that is irrelevant to the case, but inspires Conan to solve it.
2. Kogoro Mouri - known as “Richard” in the English adaptation - always steps in to eliminate incorrect solutions.
3. Conan's increasingly superb skateboarding and football skills make no sense.
4. Professor Agasa invents something that is key for Conan's investigation.
Conan, who has been dubbed “the toughest boy on Earth”, may have to do some growing up of his own if he wants to keep pleasing his now-grown-up fans.