Opinion: The prospect of the Kim-Moon summit and beyond
Guest commentary by Wang Li 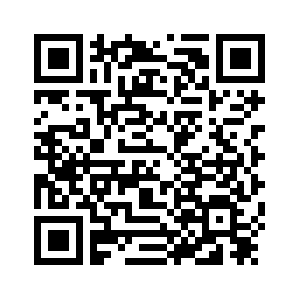 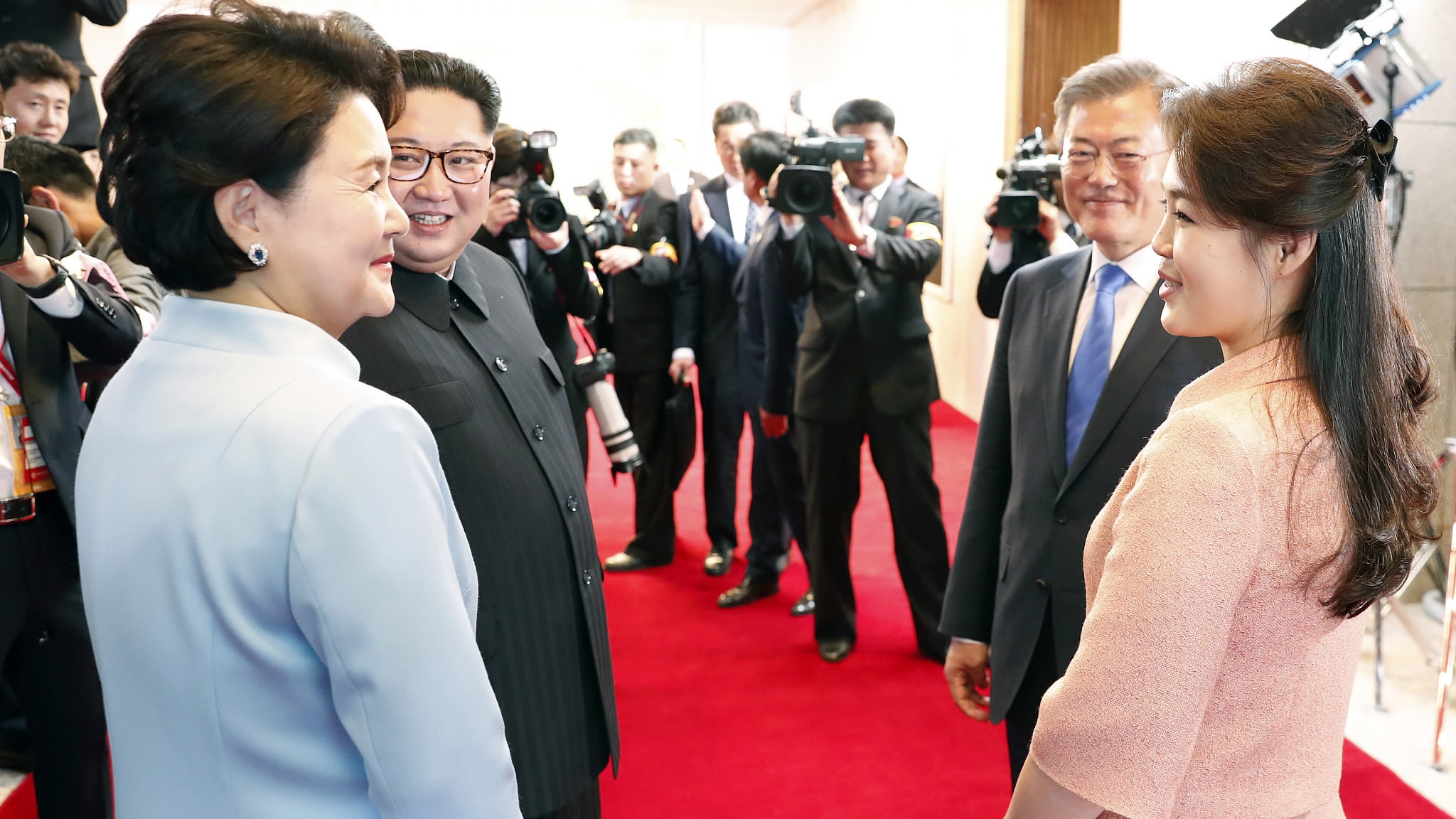 As scheduled previously, Kim Jong Un and Moon Jae-in, the top leaders of the DPRK and the ROK, finally shook hands in the Peace House in Panmunjom on April 27, 2018. It will be recorded as a historic day in the annals of international relations. Yet, due to historical reasons, the North and South are still de jure at war, having engaged in a frozen conflict for 65 years. 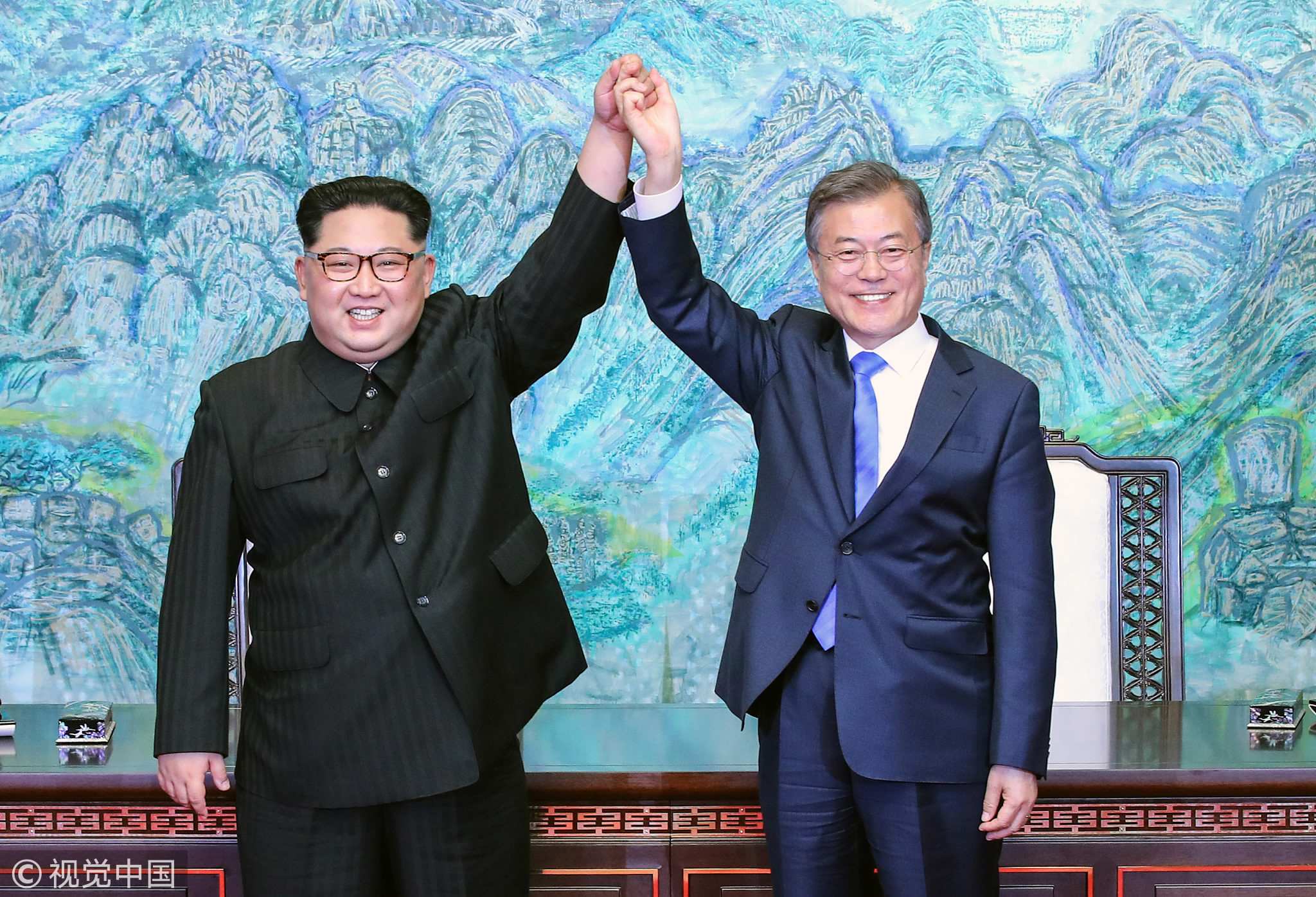 A new chapter in history was written when Kim Jong Un crossed the Korean borders. As the first historic summit was held in the demilitarized zone (DMZ), it is far more than a symbol, which some media organizations have supposed. In effect, the entire world was watching closely when the two leaders shook hands while talking to each other cozily.
Clearly, the Kim-Moon summit aims to seek a practical and considerate way to denuclearize the Korean Peninsula. Previous inter-Korean summits were focused on the meeting of the leaders itself and the inter-Korean relations and cooperation. The denuclearization process had been discussed in the form of six-party talks, which involved the DPRK, ROK, China, the United States, Russia and Japan, but have been suspended since late 2008.
From the very beginning of 2018, the DPRK has made a turnaround. As Kim had stated, “We earnestly wish the Olympic Games a success.” His remarks were sure to surprise the world, and the dimensions could be perceived from three major factors.
First, bilaterally, President Moon’s “moonlight” policy has aimed to improve inter-Korean relations and it now works. Second, internationally, the increasingly tough sanctions against the DPRK also work well. Since July 2016, the United Nations Security Council has passed 11 punitive resolutions against Pyongyang, ranging from military embargoes to economic sanctions. Third, personally, Kim is convinced that his country has completed the state nuclear force, and that the cause of building a rocket power means a real nuclear deterrence in his hand. 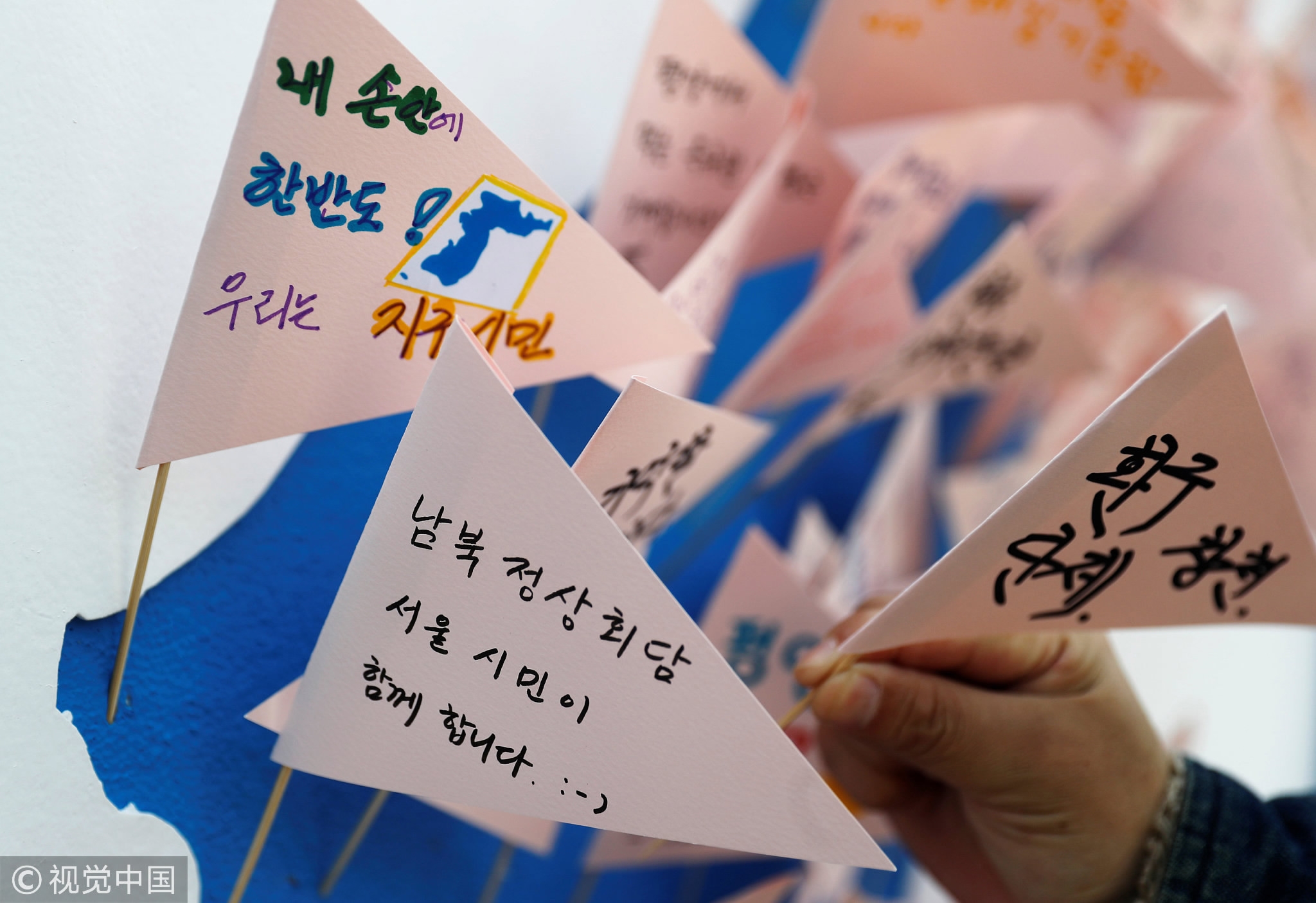 People post goodwill messages on a board featuring the shape of the Korean Peninsula outside City Hall in Seoul, ROK, April 27, 2018. /VCG Photo.

People post goodwill messages on a board featuring the shape of the Korean Peninsula outside City Hall in Seoul, ROK, April 27, 2018. /VCG Photo.

Understandably, Kim has appeared more confident and transparent in public than ever before after his recent trip to Beijing, where he met Chinese President Xi Jinping. According to the press release, Kim expressed his willingness to commit to denuclearization talks with Moon and Trump, as scheduled in April and May.
Equally, during the following meeting, Kim further made it clear that his country has no reason to possess a nuclear program if its security is guaranteed and military threats toward it are removed. More recently, Kim spoke at the third Plenary Meeting of the ruling Workers' Party of Korea (WPK) that DPRK would suspend nuclear and missile tests and close down its main nuclear testing facility in Punggye-ri, where all of its six nuclear tests were conducted over the past years.
Kim’s trip to Beijing and his meeting with President Xi seemed to have impressed him and his entourage that the real power of a state eventually comes from economic strength backed up by technological innovation, social stability and people’s welfare. Therefore, another key matter high on the agenda of the Kim-Moon summit is setting the stage for a peace process on the Peninsula.
According to The Panmunjom Declaration, which was signed at the end of the summit, the two leaders vowed to work together to affect the establishment of a peace regime, to ease military tensions and to promote co-prosperity and unification of the North and South. In addition, they confirmed the common goal of complete denuclearization of the Korean Peninsula in accordance with the world’s high expectations of peace for the entire region. If their talks on denuclearization and all missile programs go well, inter-Korean economic cooperation are likely to be promoted and expanded substantially. 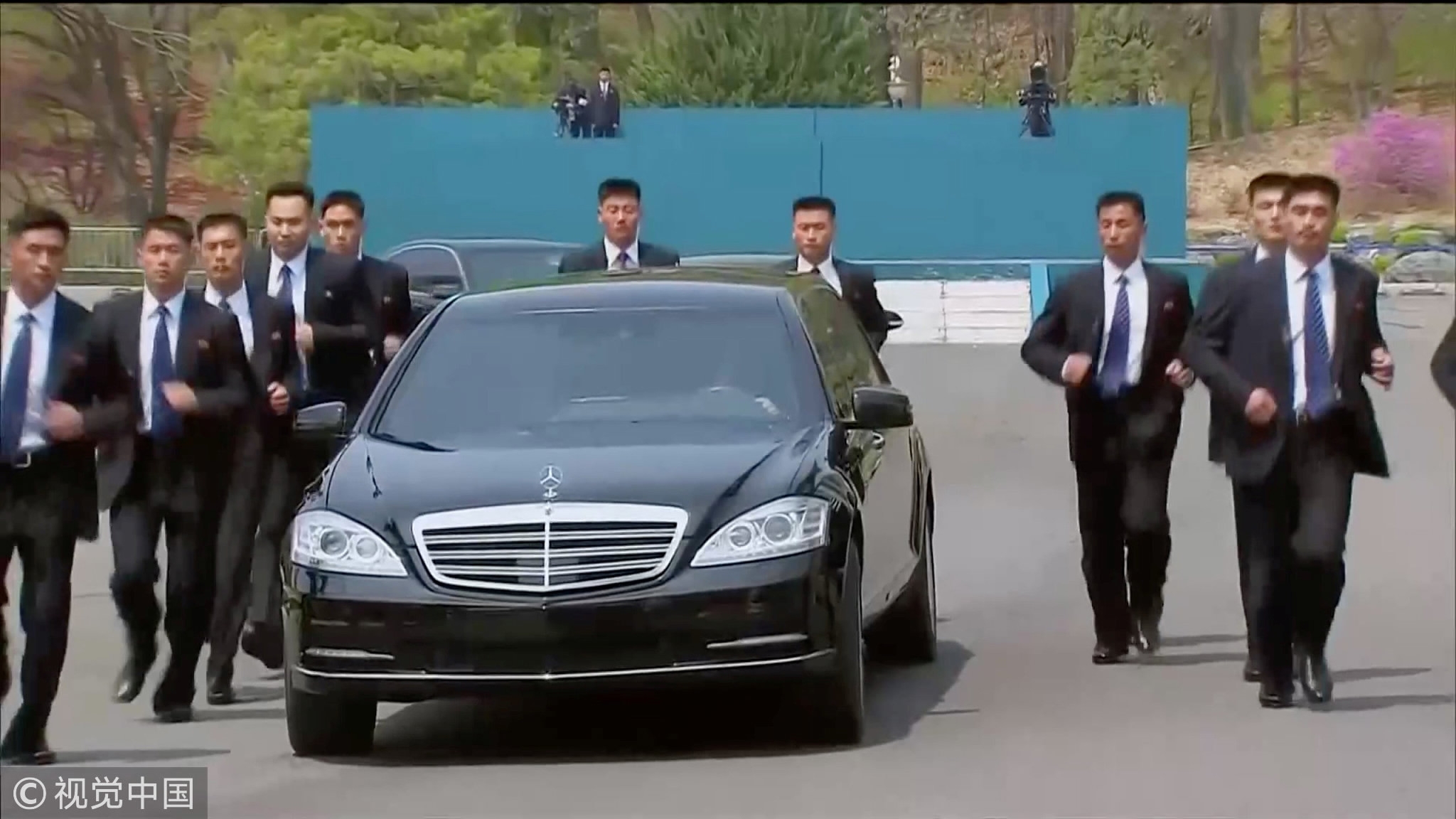 The April 27 summit is surely a significant step in resolving the Korean issue, for the two sides confirmed their joint commitment to denuclearization. Yet, the inter-Korean summit can’t sidestep the United States because the next and more vital summit between Kim and Trump is scheduled for May. Then, Kim would likely insist on the closely tying the Korean nuclear issue to the long-term security threats to the DPRK.
Due to this, it is fair and reasonable to resolve the legitimate security concerns of Pyongyang. Both politically and morally, it is correct to achieve denuclearization gradually. That is China’s long-standing proposed "dual-track approach," namely, the realization of the denuclearization of the Korean Peninsula and the simultaneous establishment of a peace mechanism in region. Only in so doing can the Kim-Moon summit send a solemn promise of peace to the world.
(Wang Li is a professor of International Affairs from Jilin University. The article reflects the author's opinion, and not necessarily the views of CGTN.)