Refugees from Balkans surge in Bosnia and Herzegovina
Natalie Carney 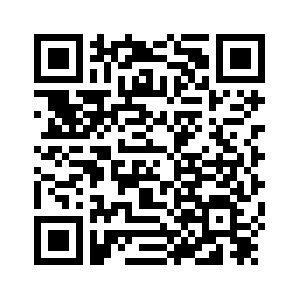 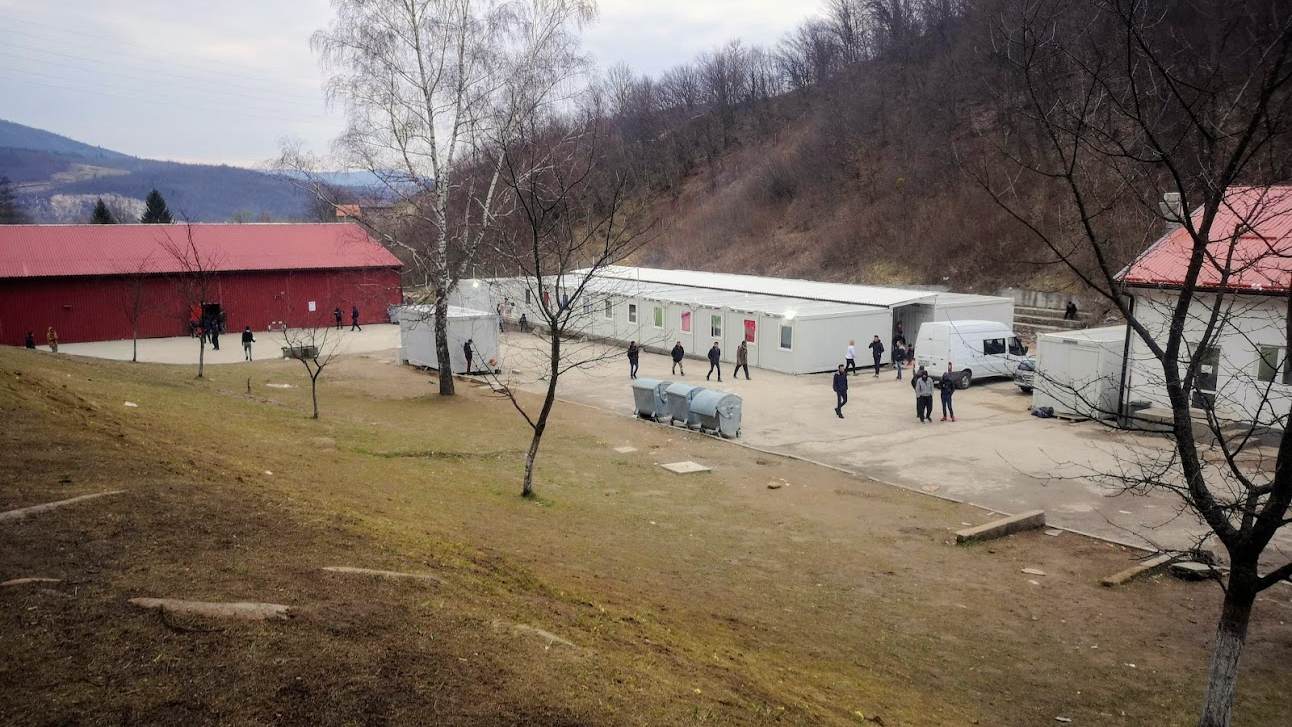 Bosnia and Herzegovina has seen a sharp rise in the number of refugees and migrants entering the country over the last year.
According to the latest information from the country's Ministry of Security, some 30,000 people arrived in the country between January 2018 and April 2019.
That's a huge increase, says Neven Crvenkovic, the Spokesman for the United Nations High Commissioner for Refugees (UNHCR) in southeast Europe.
“Just for an example. In the whole [of] 2017, we had an overall of 755 arrivals, so it just shows what an increase it was and still is.”
When Hungary erected barbed wire fences along their southern borders during the height of the refugee crisis back in 2015 and 2016, the well-known “Balkans route” for refugee and migrants was forever changed. 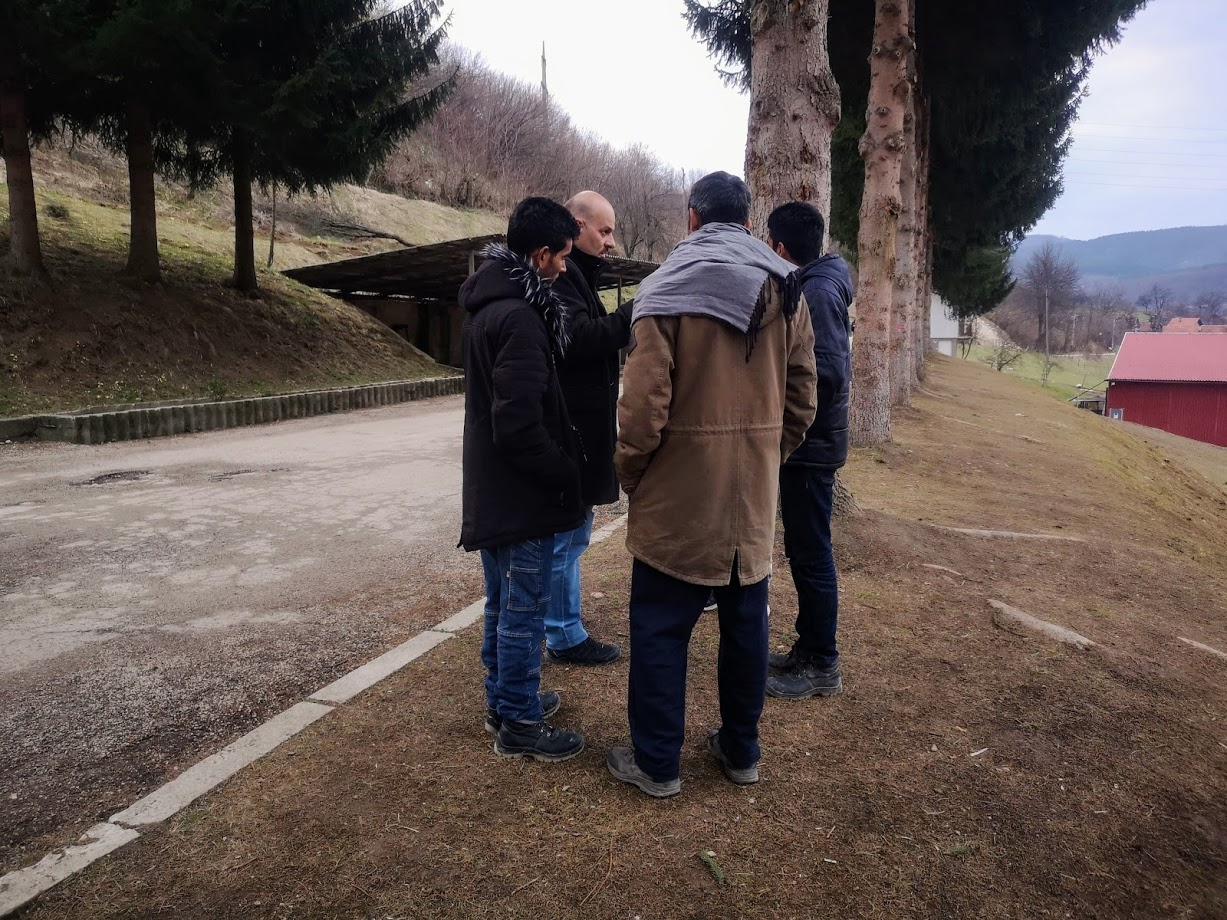 Stevan Jugociv, the International Organization for Migration's camp manager discusses an issue with some migrants from Pakistan at a center for migrants and refugees outside the capital Sarajevo. /CGTN Photo

Stevan Jugociv, the International Organization for Migration's camp manager discusses an issue with some migrants from Pakistan at a center for migrants and refugees outside the capital Sarajevo. /CGTN Photo 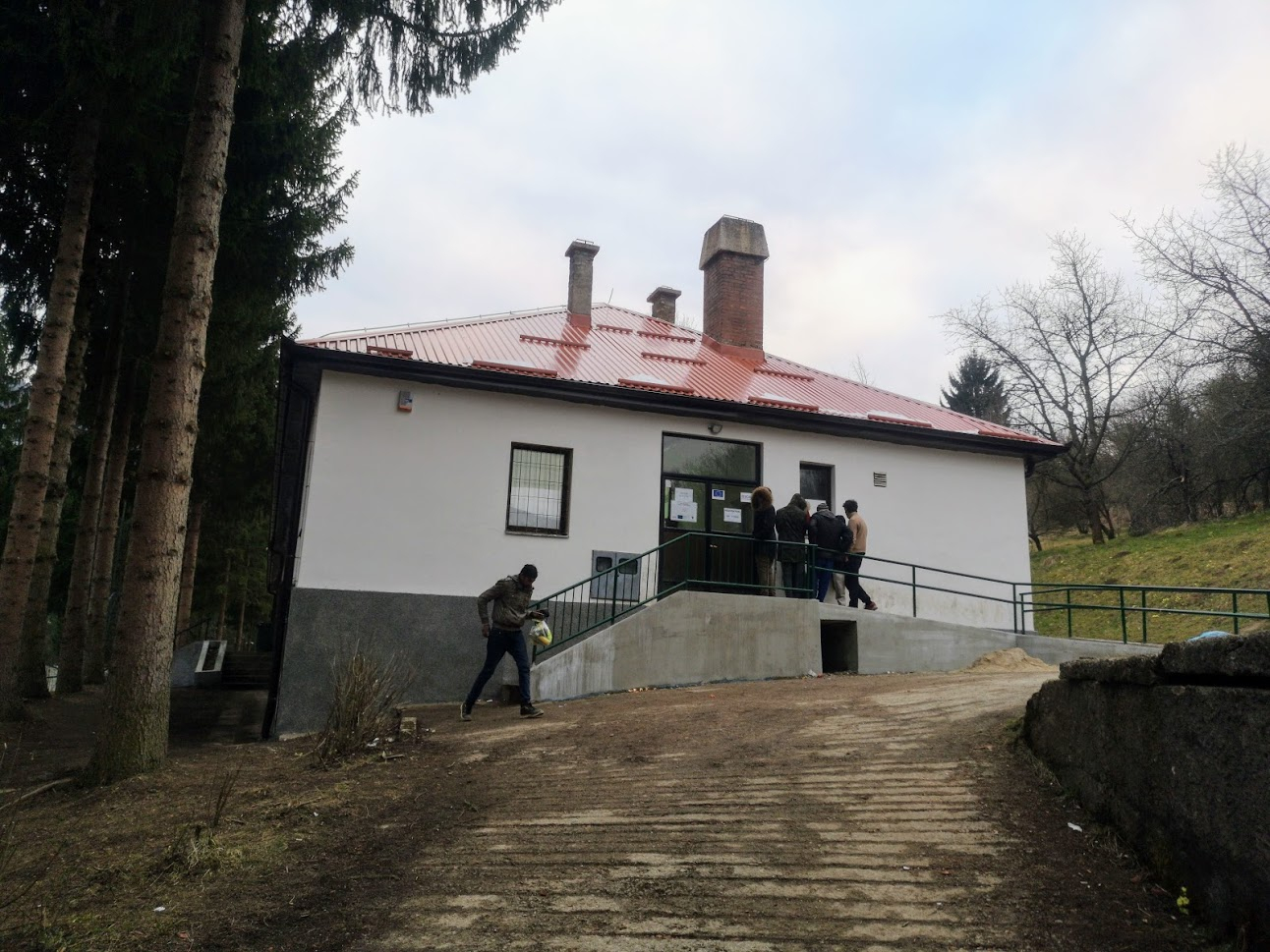 Refugees wait outside the main hall at a center for migrants and refugees outside the capital Sarajevo run by IOM. /CGTN Photo

Refugees wait outside the main hall at a center for migrants and refugees outside the capital Sarajevo run by IOM. /CGTN Photo

“The bulk of responsibility and work was left unto the municipal level who really had to cope for a long time with this increased number of arrivals on their own. They were the first line of response.”
Stevan Jugovic, the manager of a migrant camp just outside Sarajevo run by the International Organization for Migration (IOM), says civil society immediately stepped in where the government could not.
“We had excellent support by the local community. I mean, people in this small community, they never made any kind of complaints or problems regarding migrants, never. And in many times they help us. They were making barbecue for migrants, incredible yeah…two days a long line of migrants from the morning to the evening were waiting to get their share in barbecue.”
It's no doubt, say many, that Bosnia and Herzegovina's own recent past inspired them to react as they did.
During their own devastating civil war in the 1990s, well over half a million Bosnians were displaced, so they know exactly how these new refugees are feeling, says Crvenkovic. 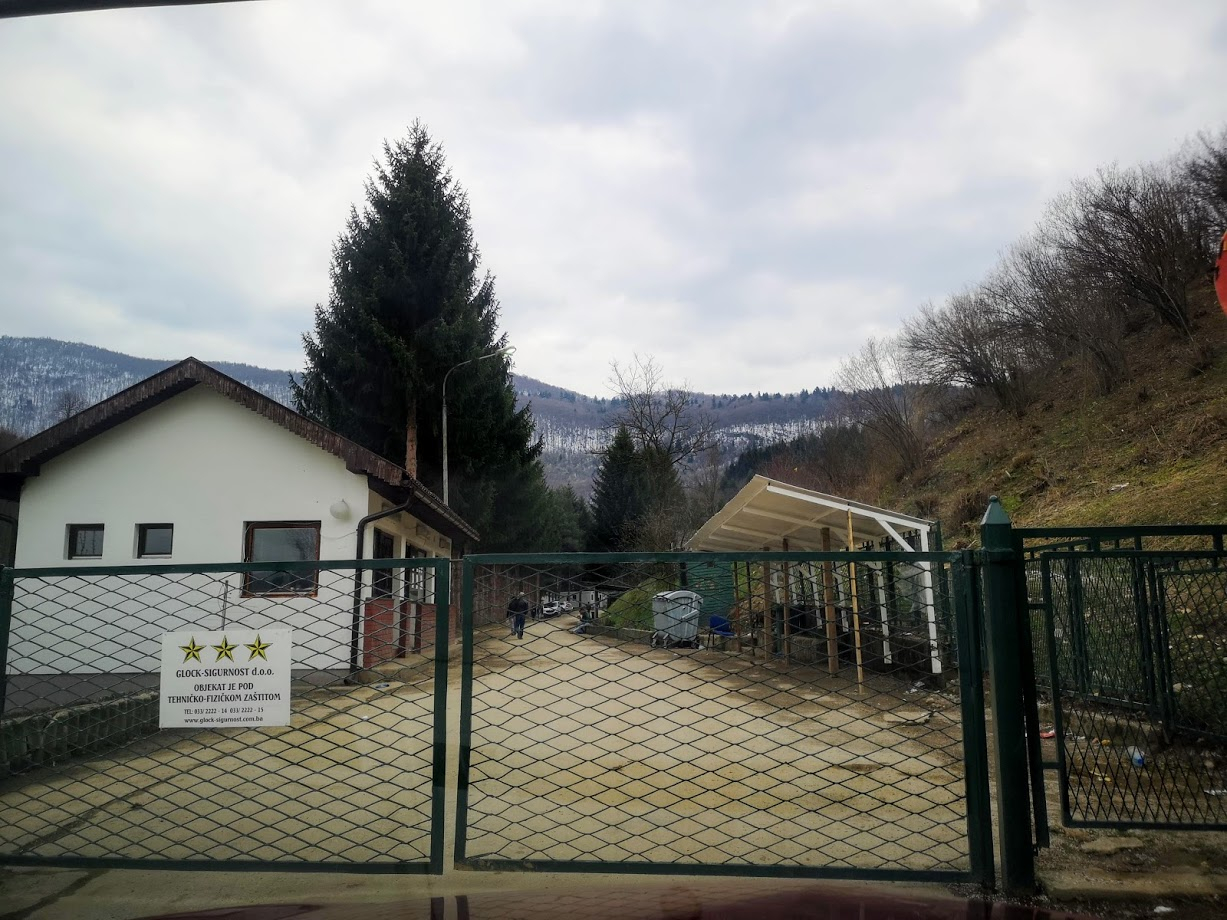 The entrance of a migrant and refugee accommodation center run by IOM outside the capital Sarajevo. /CGTN Photo

The entrance of a migrant and refugee accommodation center run by IOM outside the capital Sarajevo. /CGTN Photo

"They themselves were in a rather similar situation, forced to flee their homes, and this obviously stayed with them. They returned the solidarity that had been extended to them 20 or so years ago back now to the people in need who are arriving to their country. And this solidarity really helped alleviate the situation until the authorities finally managed to find a somewhat adequate response to this situation.”
Reception centers have since been set up, and the government along with international organizations have been able to adequately address the housing situation thanks to a ten-million-dollar cash injection from the EU.
The new arrivals are grateful.
Hadi, 41 years old, is from Iran and has been living in the IOM-run camp since January.
“In this country, compared to other countries I was there, they contacted with us very respectful. At least they try their best to handle us here. I guess the people in this country can handle it very well, because they are experienced. This country, at least for me is the best country I saw in the way,” he said. 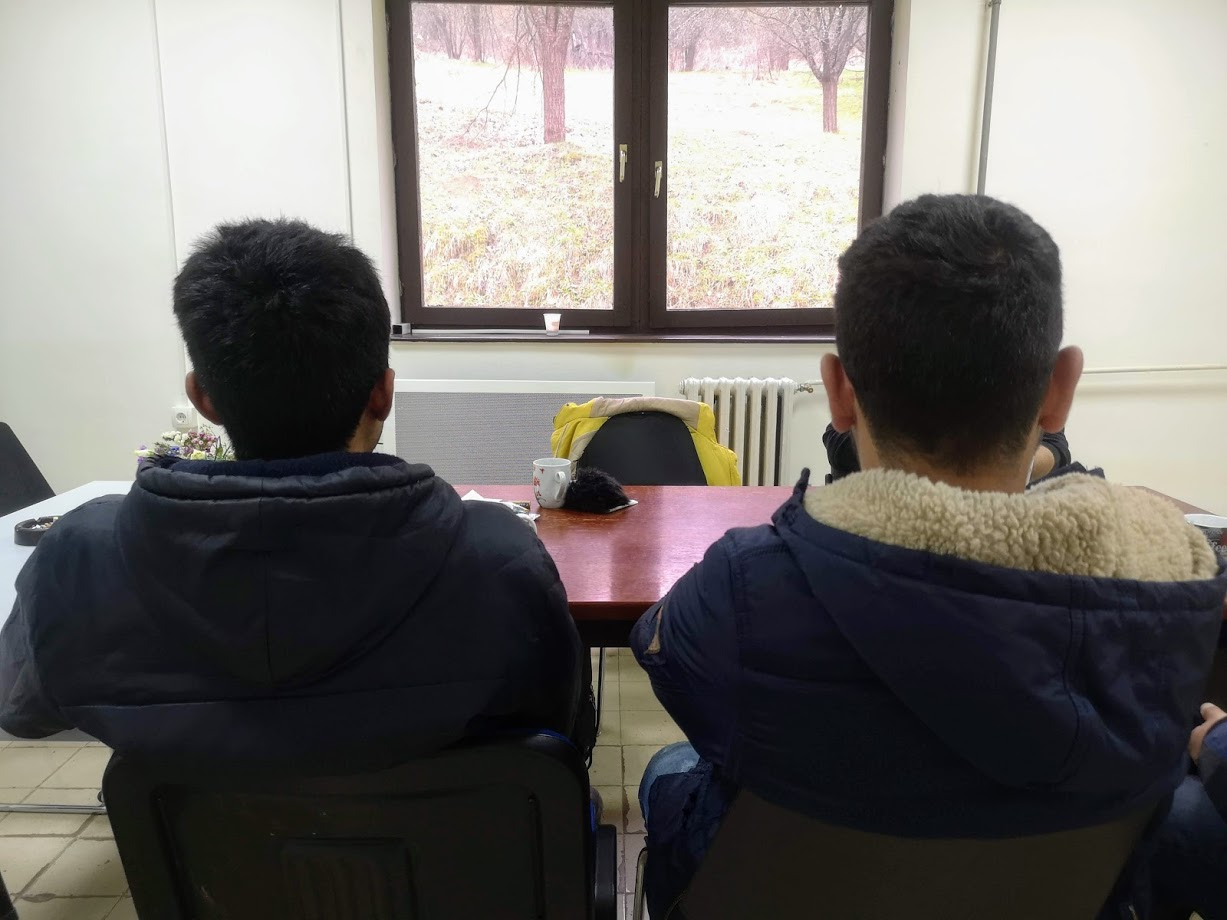 Ahmed Ali, from Iraq and Omar Faruq, from Pakistan are both stuck in Bosnia and Herzegovina after being sent back by Croatian border guards.  /CGTN Photo

Ahmed Ali, from Iraq and Omar Faruq, from Pakistan are both stuck in Bosnia and Herzegovina after being sent back by Croatian border guards.  /CGTN Photo

24-year-old migrant, Ahmed Ali from Iraq agrees.
"I just want to reach a country I can complete my education. Bosnia and Herzegovina is a good country, even if it is a poor country. I think they [want to] help us. A lot of people want to help us.”
Yet there is only so much this still war-ravaged country can do.
Bosnia and Herzegovina is one of the poorest countries in Europe, so that is why Hadi, and most others CGTN spoke to in this camp, will try to cross the Croatian border when the weather improves.
"Imagine if they accept me to stay here. I have a lot of problems in this country. This country is a poor country. They have a lot of problems with themselves." 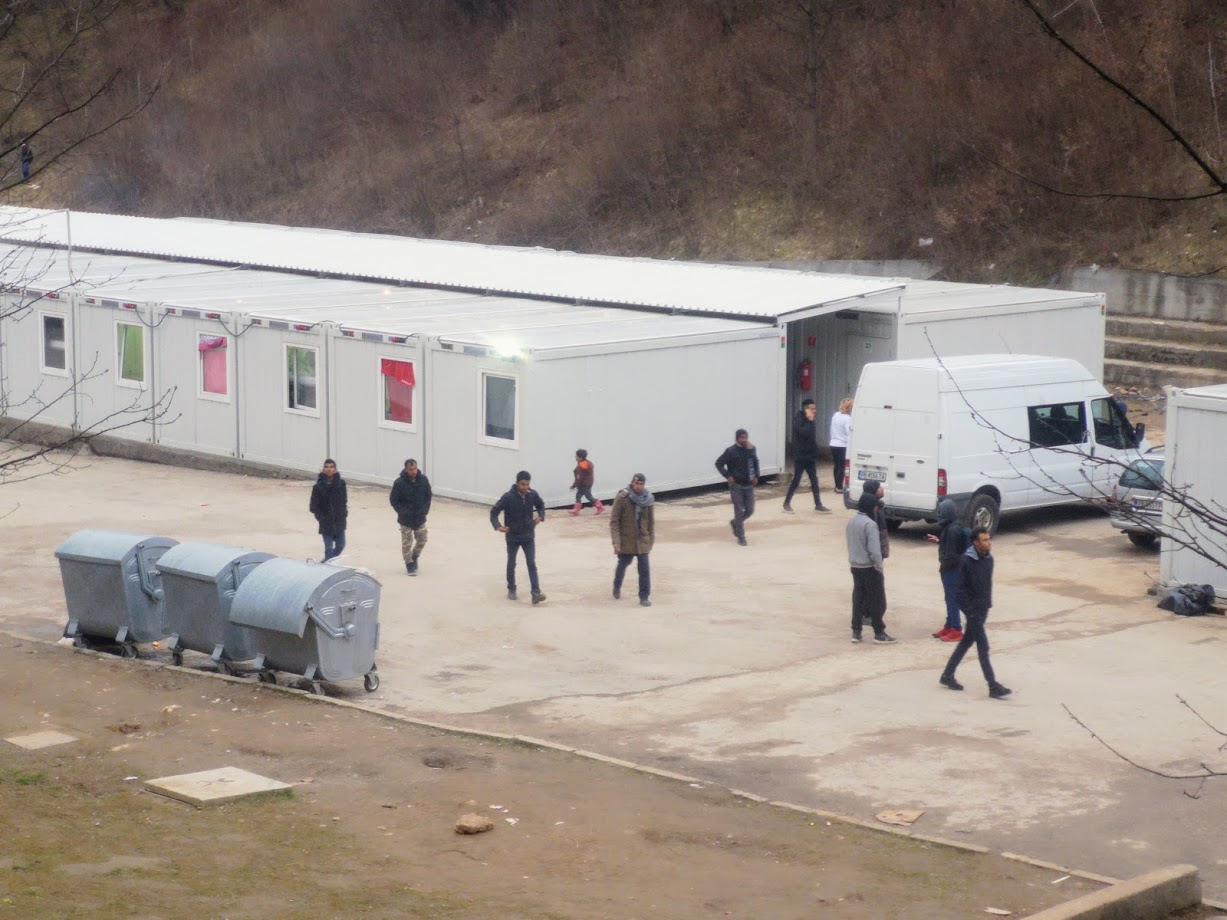 Refugees are walking in the migrants center run by IOM outside the capital Sarajevo. /CGTN Photo

Refugees are walking in the migrants center run by IOM outside the capital Sarajevo. /CGTN Photo

Only 1,700 of the nearly 30,000 refugees and migrants who arrived in the country since January of last year have claimed asylum.
For Bosnia and Herzegovina to take in more, help from other countries is needed, says Crvenkovic.
"It's a common challenge and for a common challenge you need to have a common response. To expect this from a country such as Bosnia and Herzegovina, a relatively poor country with a fragile asylum system to meet this challenge alone, it wouldn't be really fair. There is a need for a more robust and common answer."
Returning home is not an option for most refugees and migrants who have escaped persecution or spent their life's savings getting here, so most will continue to push forward towards wealthier Western European states until the circumstances are more favorable in the Balkans.