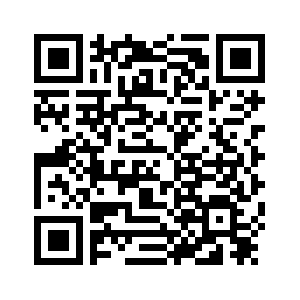 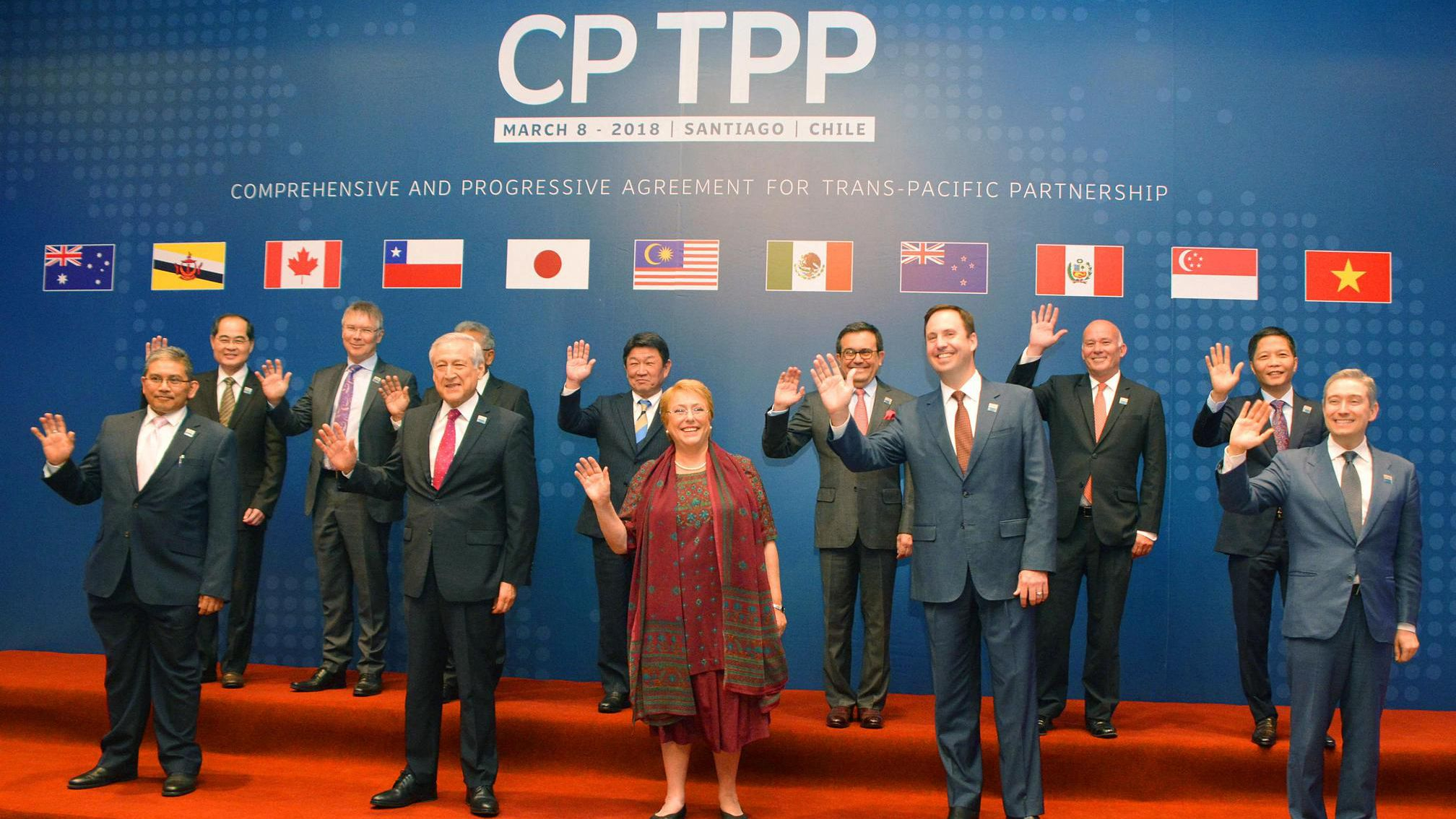 Editor's note: This article is based on a report released by the Center for China and Globalization (CCG) on China joining CPTPP. Views of the report do not represent those of CGTN.
On December 30, 2018, the Comprehensive and Progressive Agreement for Transpacific Pacific Partnership (CPTPP) entered into force.
During the Obama administration, the agreement was largely seen as a U.S.-led project, designed to reshape the economic order in Asia-Pacific. Within China, a sense of vigilance thus prevailed; some believed that the deal was intended to contain China and its provisions would largely put the country at a disadvantage.
However, since the U.S. withdrawal in January 2017, the sentiment has shifted and there has been an increasing call within the country for it to join the pact.
On January 9, one of China's top think tanks, Center for China and Globalization (CCG), held an event releasing a report which advocates China's accession into CPTPP and claims that it would spur China's growth and allow the country to push further with its free trade agenda. 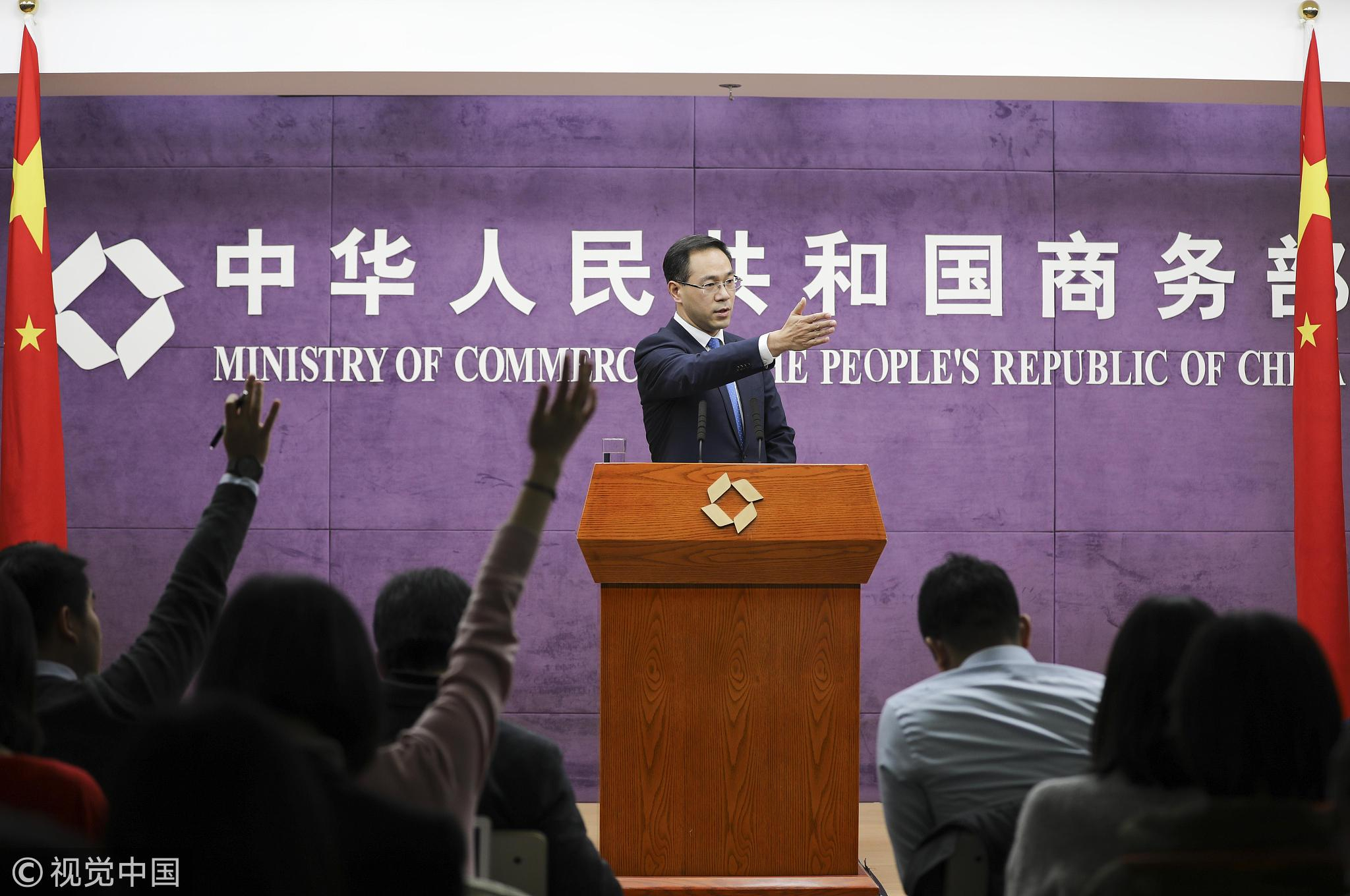 A host of reasons are given, the first of which relates to the considerable economic strength of the bloc that all together contribute to 13.2 percent of the world GDP and 15 percent of the global trade. Much faith is given in the benefits China could gain from its potential membership, especially given the fact that four of its members are highly developed economies, namely Japan (the third biggest economy in the world), Australia, Canada and New Zealand, and the rest are emerging markets with positive economic prospects.
The report also elaborates on the specific ways China could benefit, some of which were highlighted by Wang Huiyao, director of CCG, at the event.
One of them, according to Wang, is that CPTPP membership would facilitate China's structural reform.
As he spoke, the highly-anticipated U.S.-China trade talk entered its third day. He said that some of the U.S. concerns regarding trade deficits with China may be resolved in this talk; however, the two sides' disputes on structural issues would take a much longer time to address. The U.S demands China commit to structural change and Wang believes CPTPP can serve as a catalyst for that to happen as the country would have to align its economic policies with the deal if it joins.
However, domestic opposition, albeit “scant” and much less significant compared to before the U.S. withdrawal, according to Wang, does remain. Some fear that China's potential membership may send shock waves across certain domestic industries as a result of the agreement's stringent regulations, especially those concerning intellectual property rights protection, investment and state-owned enterprises. 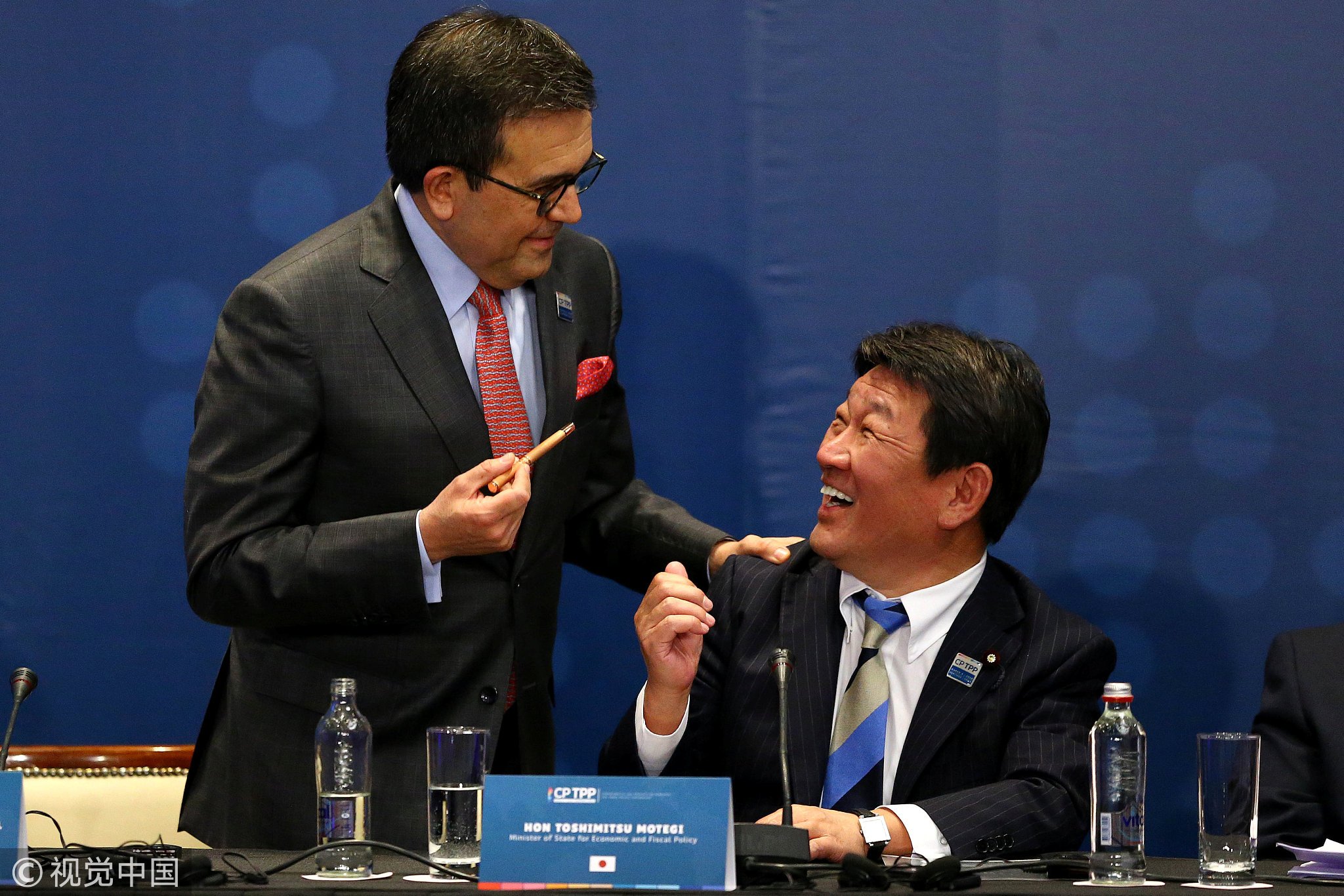 Drawing a parallel between China joining CPTPP and the country's accession into the WTO in 2001 after 15 years of negotiation, he noted that some of the current concerns resemble those regarding the impact of entering the WTO prior to China obtaining its membership.
However, China's development since being accepted into the world's largest trading organization has rendered those concerns invalid, as not only certain industries ended up receiving a great boost, such as the automobile industry, the Chinese economy overall has experienced a staggering amount of growth, with its current GDP being almost 11 times when it first joined the organization.
Moreover, instead of worrying over the possibility of some industries suffering great losses as they encounter fierce competition from foreign competitors, Wang believes CPTPP would actually provide the protection and stimulus to growth needed by certain industries, most notably the Chinese service sector, which currently accounts for over a half of the country's GDP and is expected to expand to 60 percent in 2025.
The report points out that given China's burgeoning service industry and competitive edge in e-commerce and information technology, CPTPP's strong focus on the intellectual property rights protection and the service industry will only serve China's interests in consolidating its development in these areas.
(If you want to contribute and have specific expertise, please contact us at opinions@cgtn.com.)