2018 Reporters' look back: A bumpy road ahead for China-U.S. trade relations
By Wang Hui 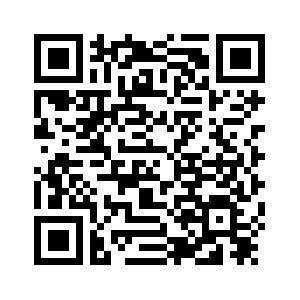 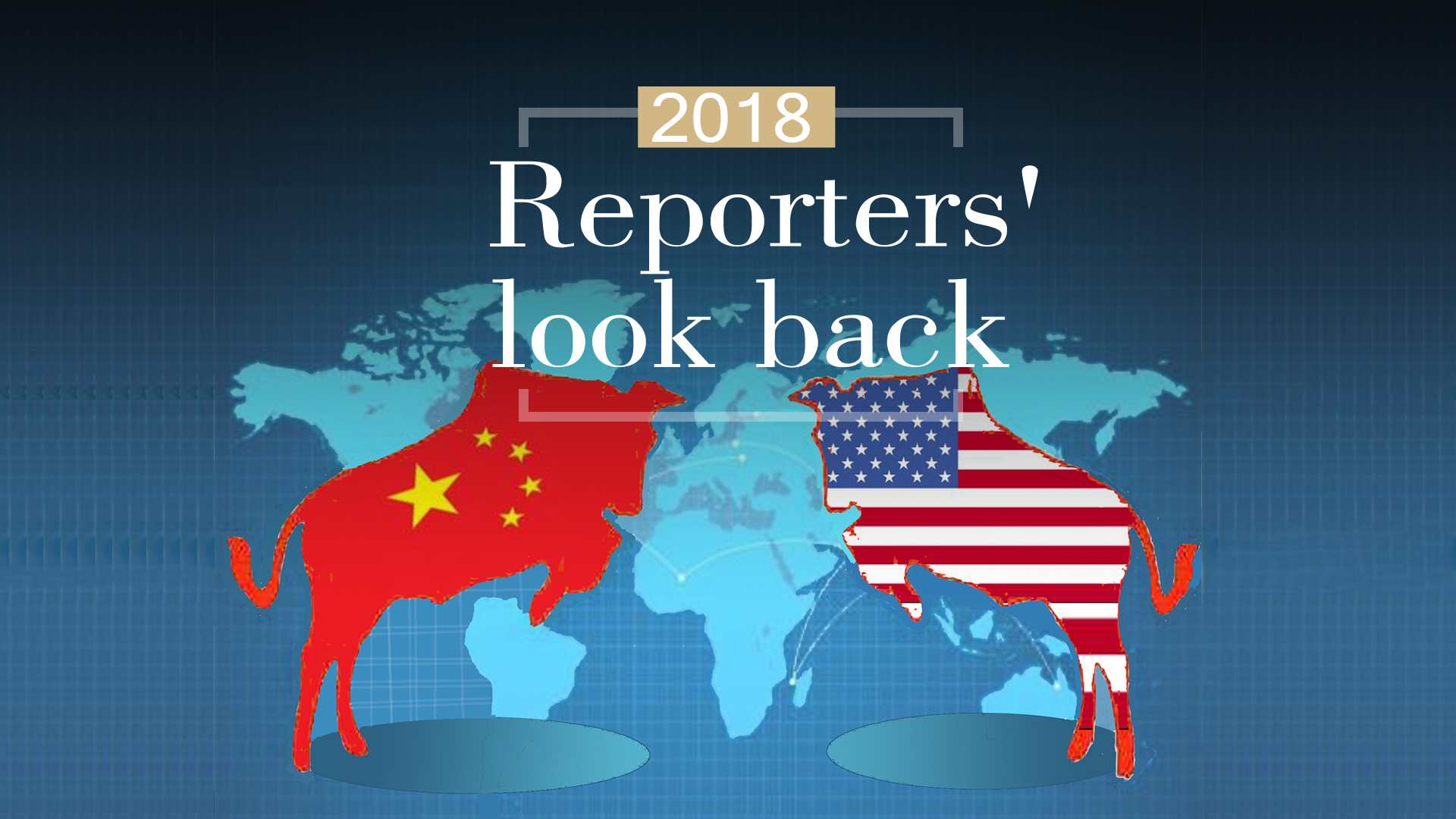 ‍When Washington launched an investigation into China's trade practices and treatment of intellectual property under Section 301 of its 1974 Trade Act in August 2017, most observers probably thought one thing: the move was comparable to previous trade spats between the world's two largest economies.
Yet few predicted the long-term consequences and the subsequent trade war that has unfolded over the past half-year. And in my three years of covering the Chinese economy and international trade, the current tensions are a situation that I myself can admit to having not foreseen.
The reality now, and concern for much of the world economy, is that if the tit-for-tat measures continue, the impacts will spill beyond the Chinese and American economies, affecting global supply chains and markets. Some have even voiced concern that the tensions are evolving toward a Cold War-like setting, an impasse which would undoubtedly influence global politics.

Following the Section 301 investigation, Washington released a report accusing China of unfair trade practices. In particular, it claimed that China's foreign investment laws were forcing U.S. firms into technology transfers with domestic partners, and that American intellectual property was being stolen.
Then on March 22, U.S. President Donald Trump announced a memorandum, stating that Washington would impose a 25 percent tariff on 60 billion U.S. dollars' worth of Chinese exports to the U.S.
Just a day later China responded, with officials laying out Beijing's unwavering stand, "China does not want to get involved in a trade war, but we are absolutely not afraid of one. We have confidence and the ability to handle any challenge.”
02:11 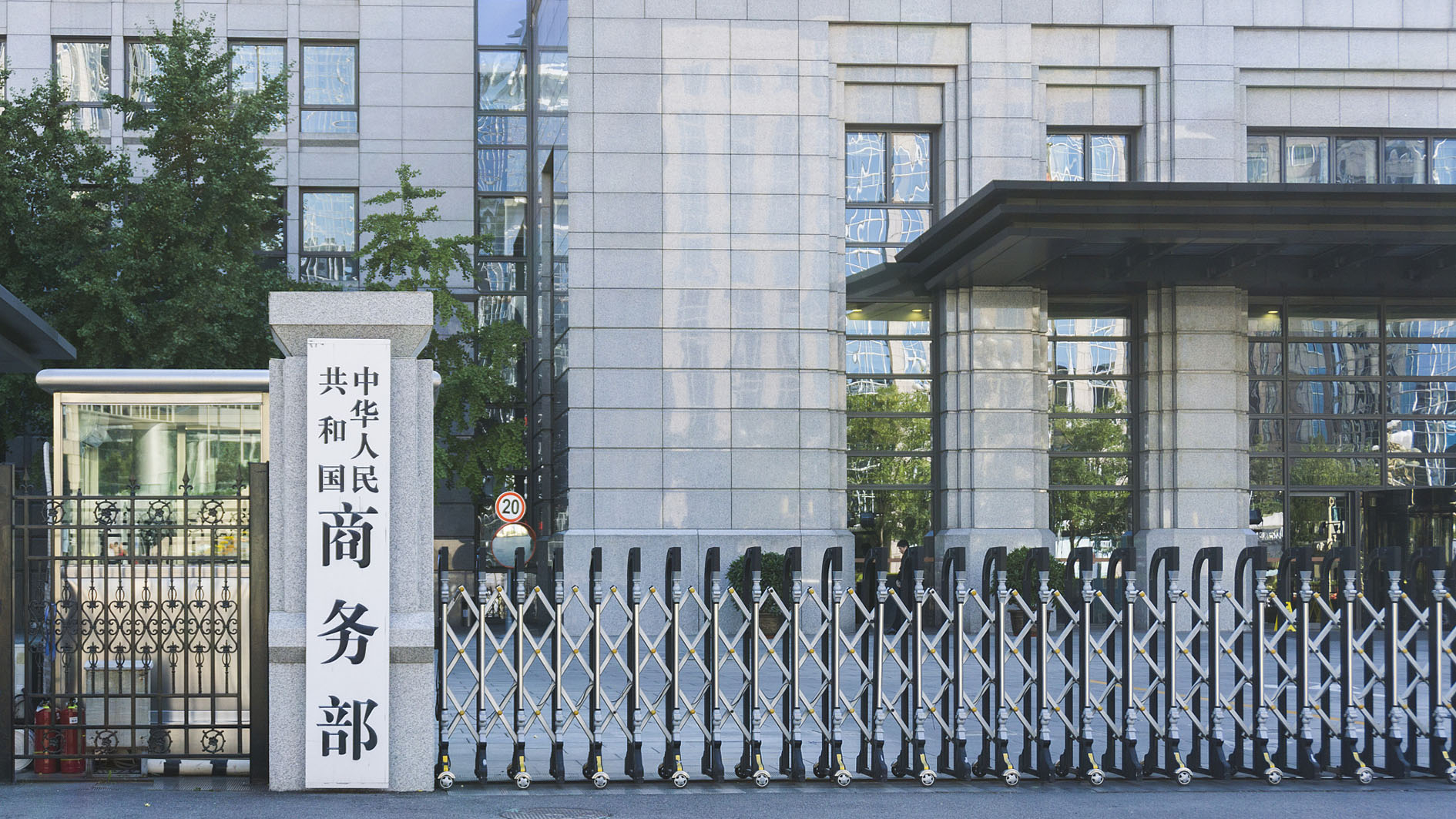 Beijing also labelled the investigation a “typical unilateral action that has its basis in protectionism”, as it stemmed from U.S. domestic laws, instead of abiding by the multilateral rules of the World Trade Organization (WTO).
Previously, when responding to questions on trade frictions with the U.S., Beijing often softened its tone saying, “China and the U.S. are important trade partners”, or, “we hope we can achieve a win-win result.” But this time around, Beijing's rhetoric was significantly stronger, using terms like “trade war” in a much more open manner. And from what I recall in covering China's Ministry of Commerce since 2015, these were some of the harshest statements that I'd heard from officials.
The Chinese Ministry of Commerce holds its weekly briefing every Thursday. During China's most important annual political gathering in mid-March, the Two Sessions, those briefings are paused. It was March 29 last year when officials first spoke at the weekly briefing to the media following Trump's announcement.
On that day, the briefing room was packed, but not just with the usual journalists who cover the briefing, but with foreign correspondents who perhaps weren't regulars. The briefing starts at 10 a.m., and we usually get there by 09:15 a.m. to ensure a good spot for our camera. Yet on this day, people arrived so early that despite being there an hour early, my cameraman had to squeeze into a small spot on the far right-hand side.
Seven of the nine questions heard that day were about the trade dispute between China and the U.S. The Ministry's spokesman, Gao Feng, while reiterating Beijing's stance, said China would retaliate if the U.S. initiated a trade war.
The bilateral trade volume between the two countries exceeded 580 billion U.S. dollars in 2017 – more than 230 times greater than that of 1979, when the two countries established diplomatic relations. Because of the rapid development of trade ties, the intertwining of the two economies has become an inevitable and natural outcome.
Similarly, the U.S. was China's largest market for its exported goods, while China was America's largest source of imported goods in 2017. China's trade surplus with the U.S. soared 13% year on year to about 1.87 trillion yuan, or about 288 billion U.S. dollars in 2017, according to the Chinese General Administration of Customs. The U.S. Department of Commerce had a different version, stating a trade imbalance of 375 billion U.S. dollars with China.
I spoke with many experts and journalists over the course of the past half-year, and despite the two nations' strong words and an intensifying atmosphere, many believe the two governments would somehow manage to resolve the problem before a real “war” would start. 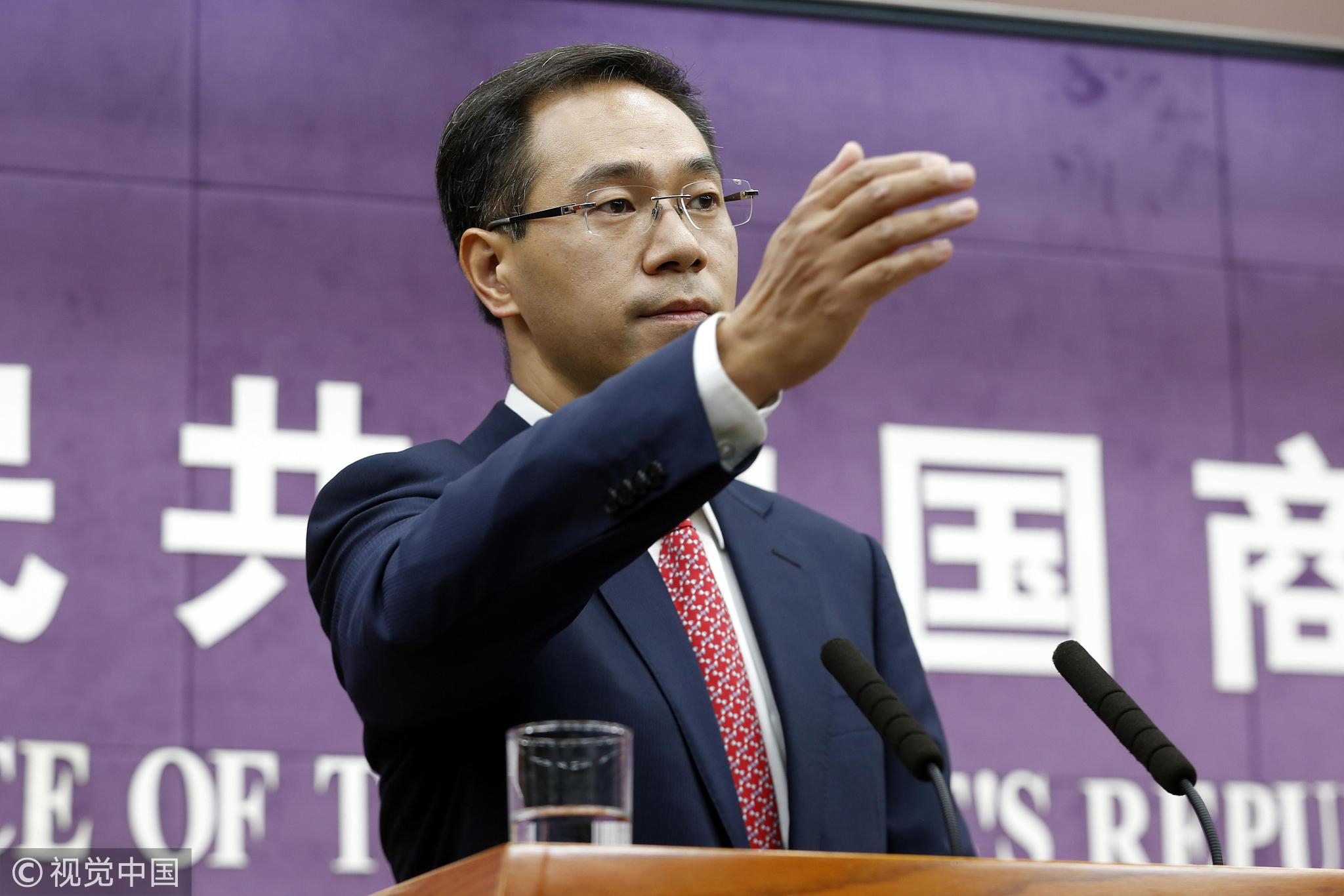 Five rounds of major trade talks have been held by the two sides since March 2018. The latest, taking place in December, included a meeting between the countries' presidents at the G20 Summit in Argentina.
The second round is of peculiar nature, with a series of ups and downs. It started promisingly, with Chinese Vice Premier Liu He leading a delegation to Washington in May. Following face-to-face talks, Beijing said the two sides had agreed to not engage in a trade war, and described the meetings as positive, pragmatic and constructive.
However, ten days later, Washington unexpectedly announced that it would still impose additional tariffs on Chinese goods, and would release an itemized list by July 15.
July 6 was a critical date. It's when the U.S. would impose an additional 25 percent tariffs on Chinese exports worth 34 billion U.S. dollars. (It would impose another 16 billion later.)
On July 5, the day before the planned implementation, I asked the Chinese Commerce Ministry the following: “If the U.S. implements tariffs on Chinese exports with a value of 34 billion U.S. dollars, will China make its own list of American exports subject to tariffs? And if the two countries take these measures, does this indicate the start of a trade war between the two countries?”
Ministry spokesman Gao Feng responded:
“The U.S. initiated this trade war. We don't want to get involved, but to protect the interests of the country and its people, we have to, when it's necessary. China definitely will not fire the first shot, but if the U.S. implements tariffs, China will be forced to retaliate.”
It was for the first time, that a spokesman had used the word “trade war”, instead of “trade dispute”.
China kept to its word, and retaliated by imposing tariffs on American goods at an equal value. The trade “dispute” had now escalated into a full-blown “war”. All the efforts from the first three rounds of talks had effectively fallen apart. 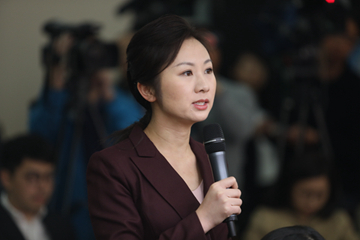 Wang Hui raising a question at a weekly briefing at the Chinese Ministry of Commerce, Beijing. /CGTN Photo‍

Wang Hui raising a question at a weekly briefing at the Chinese Ministry of Commerce, Beijing. /CGTN Photo‍

Five days later, the U.S. escalated the situation by announcing new tariffs on 200 billion U.S. dollars' worth of Chinese goods. Washington decided this round of tariffs would be implemented on January 1, 2019.
China labelled the U.S. actions as having a “lack of credibility and unsteadiness”. The Ministry of Commerce stated, “this kind of unilateralism and trade bullying is unacceptable”, and blamed the U.S. for shutting the door on negotiations.
Communication between the two countries was suspended.

New hope for the trade war

With claims that China uses unfair trade practices, enforces technology transfers, and supports trade imbalances, it was on this basis that President Trump launched the two countries into an economic deadlock.
But the real motivation behind all of this remains controversial. A major opinion in China is that Trump is concerned about China's rise, and views it as a threat. Critics say he's trying to prevent China from challenging America's position as a superpower in global politics.
Also, with all of these twists and turns in the past few months, Donald Trump is unmistakably an unpredictable character.
Continued ambiguity and vagueness is simply stirring up deeper concerns, and that the current atmosphere is just the beginning. And as suggested by U.S. Vice President Mike Pence in a speech in October last year, there's a possibility that what the world witnessed 30 years ago between the U.S. and Russia, could re-surface as a new, comprehensive Cold War.
But the situation once again turned in another direction. On November 1, right before China's International Import Expo, Chinese President Xi Jinping spoke with his American counterpart on the phone. On December 1, the presidents of the two countries met at the G20 Summit in Argentina. They agreed to refrain from imposing new tariffs on Chinese goods worth 200 billion U.S. dollars, a move described by some as a 90-day truce, and with a goal of canceling all additional tariffs.
Although Beijing says the two sides have been working closely together and are set to hold a face to face meeting in January 2019, concerns have re-emerged following the arrest of Huawei CFO Meng Wanzhou by the Canadian government at the request of Washington.
At the end of 2018, President Xi and President Trump had a phone conversation. Xi spoke highly about the conversation, saying the two working teams have been actively implementing the agreement. Trump echoed Xi's comments in a tweet, saying, “the deal is moving along very well. If made, it will be very comprehensive, covering all subjects, areas and points of the dispute.”
Although the two presidents' words seem promising, I've realized to take any optimism with a grain of salt. There is a Chinese saying, “Jing Guan Qi Bian”, which means, watch in silence for the changes. I think that's a suitable course of action, given the many twists in this trade war.
As a CGTN reporter, Wang Hui has covered the Chinese Ministry of Commerce and related stories. She's closely followed the trade spat between China and the U.S. since it started.