Abacus, Chinese wisdom at your fingertips
By Ye Qing 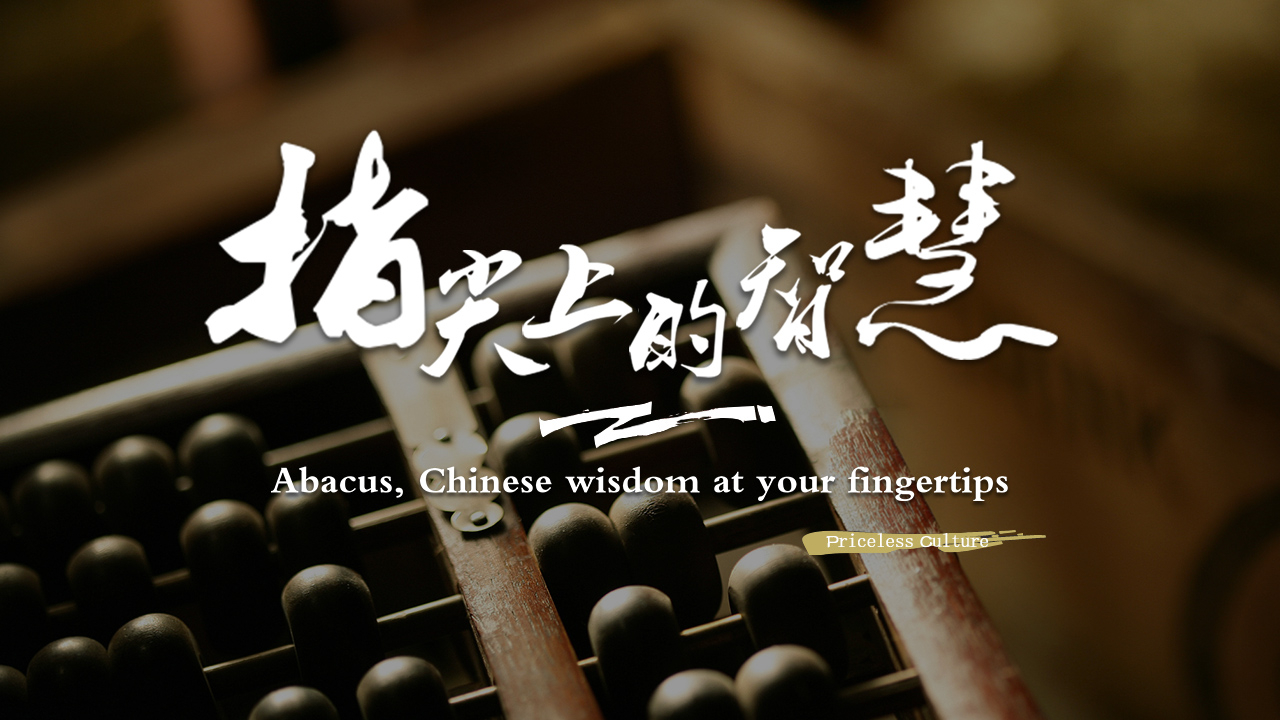 Abacus has been representative of Chinese wisdom for more than 1,800 years and is one of the symbols of ancient oriental civilization. A customer at a People's Department Store in Guilin in 1982. /VCG Photo

A customer at a People's Department Store in Guilin in 1982. /VCG Photo

In ancient times, people used small rods to count. Then, with the development of productivity, the amount requiring calculation was more considerable.  The estimation of counting-rods limited the calculation. Therefore, people invented a more advanced abacus. 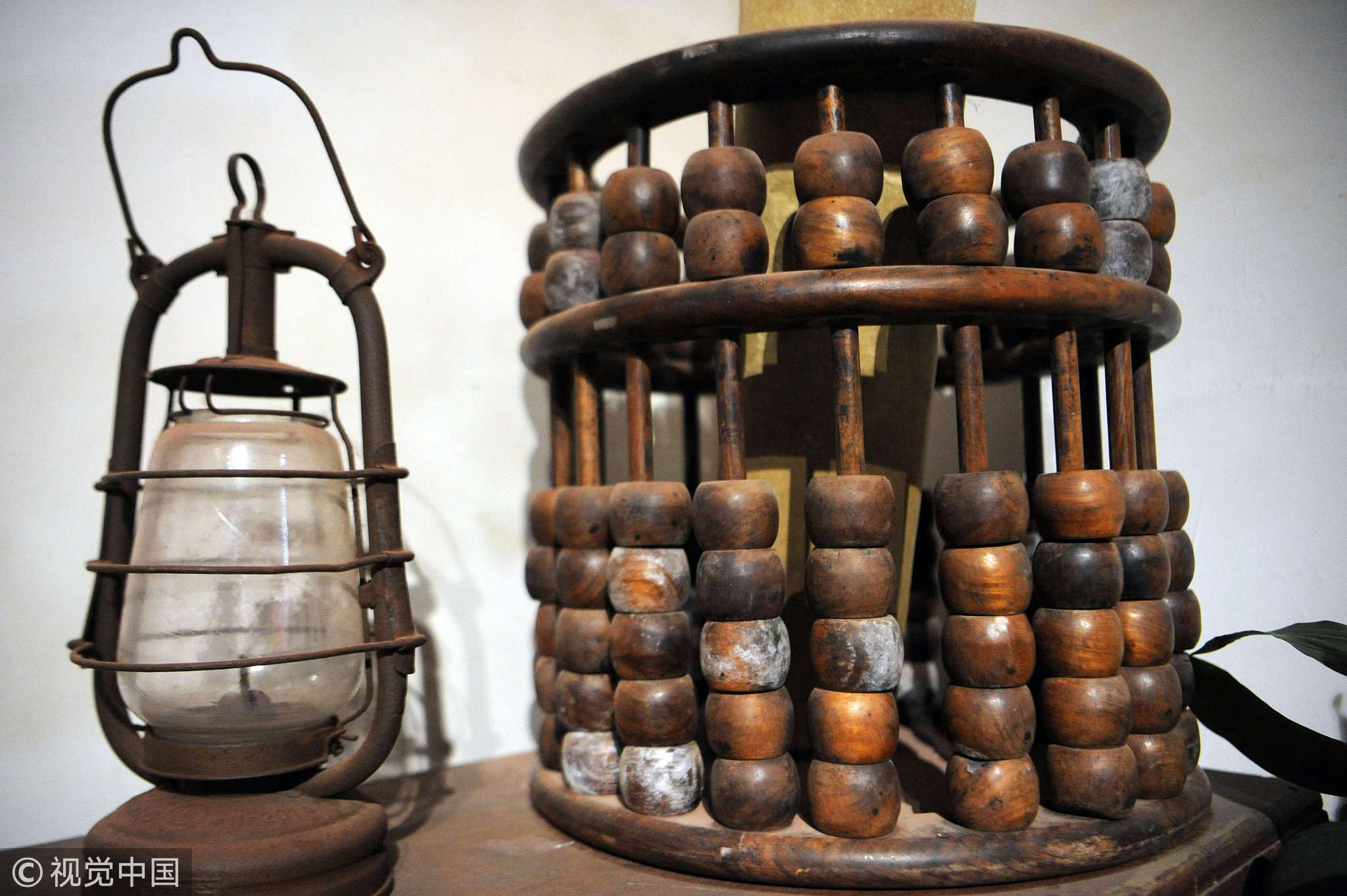 It had a profound impact in the earliest times, just like the computer in today’s society.

What is the influence of abacus?

From the historical records, abacus has had a far-reaching influence on science and technology, language, literature, art, architecture and many other fields in China and elsewhere.
It mainly played a crucial role in mathematics research, arithmetic practice and intelligence development.
"The research of brain science and the teaching practice of China's abacus all prove that China's abacus has the function of developing intelligence potential," Lu Ping, the president of Abacus and Mental Arithmetic Association of Shanghai told China Daily.
"Abacus is not a simple calculation tool, it can enhance children's memory and attention, and even can be used for rehabilitation training," Lu indicated.
For example, the association has been conducting an abacus experiment at a health school for 16 years, and the results show that the abacus can develop the left brain of children with mental retardation and improve logical thinking. 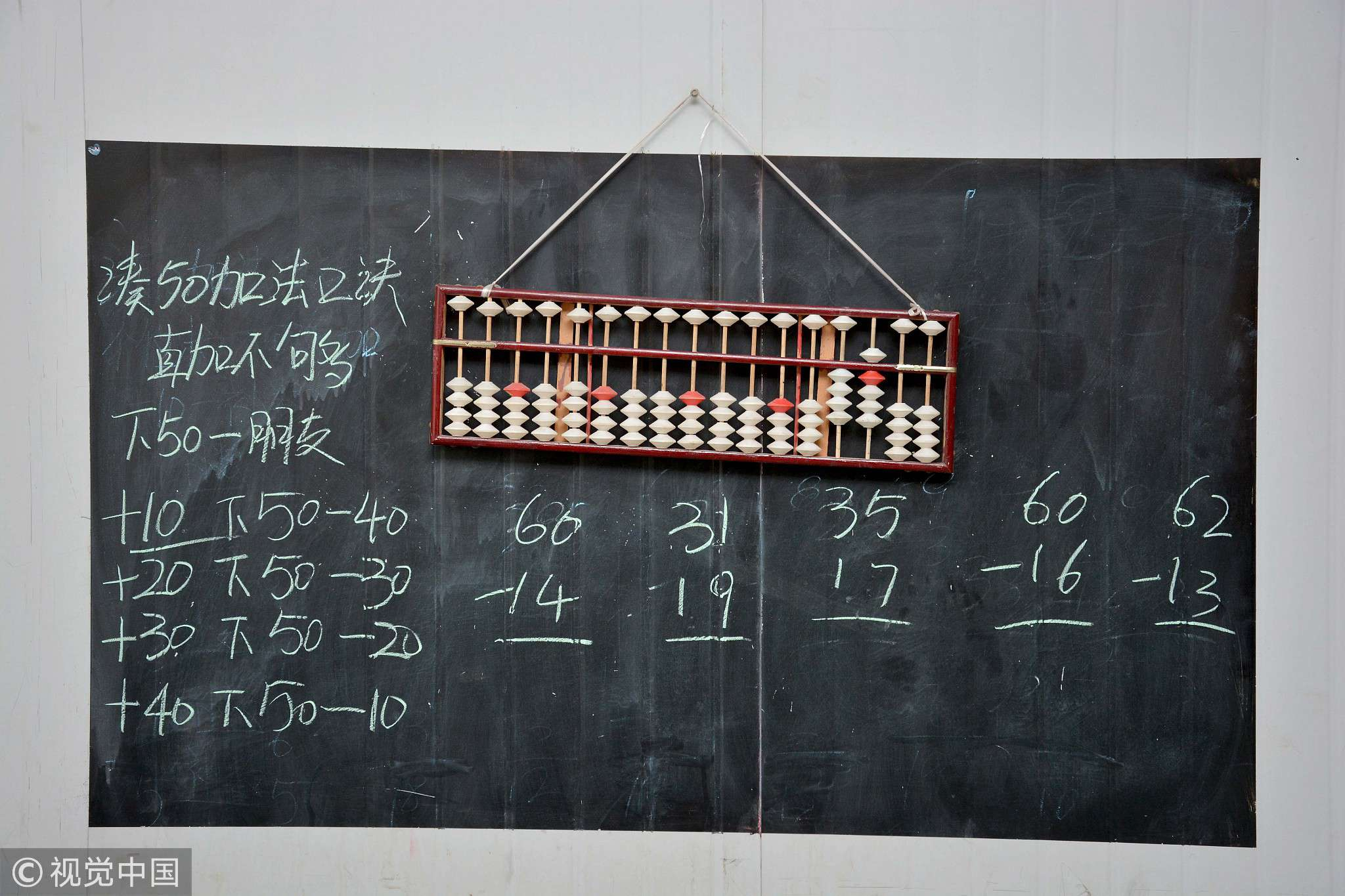 Records show that Asia’s leading position in basic mathematical cognition and skills was largely due to the popularity of abacus.
It has made an outstanding contribution to the fields of the mathematical algorithm and thinking, educational psychology and human intellectual development.
People find that using an abacus can improve thinking and practical abilities in addition to providing convenient calculation. It requires the cooperation of the mind, eyes, and hand, and it is an excellent way to develop the reaction ability.
From the 15th century, China's abacus began to spread to Japan, Korea, Vietnam, Thailand and other places, which had the important influence on the development of mathematics in these countries. According to People's network, since 2010, many American schools have offered abacus courses. 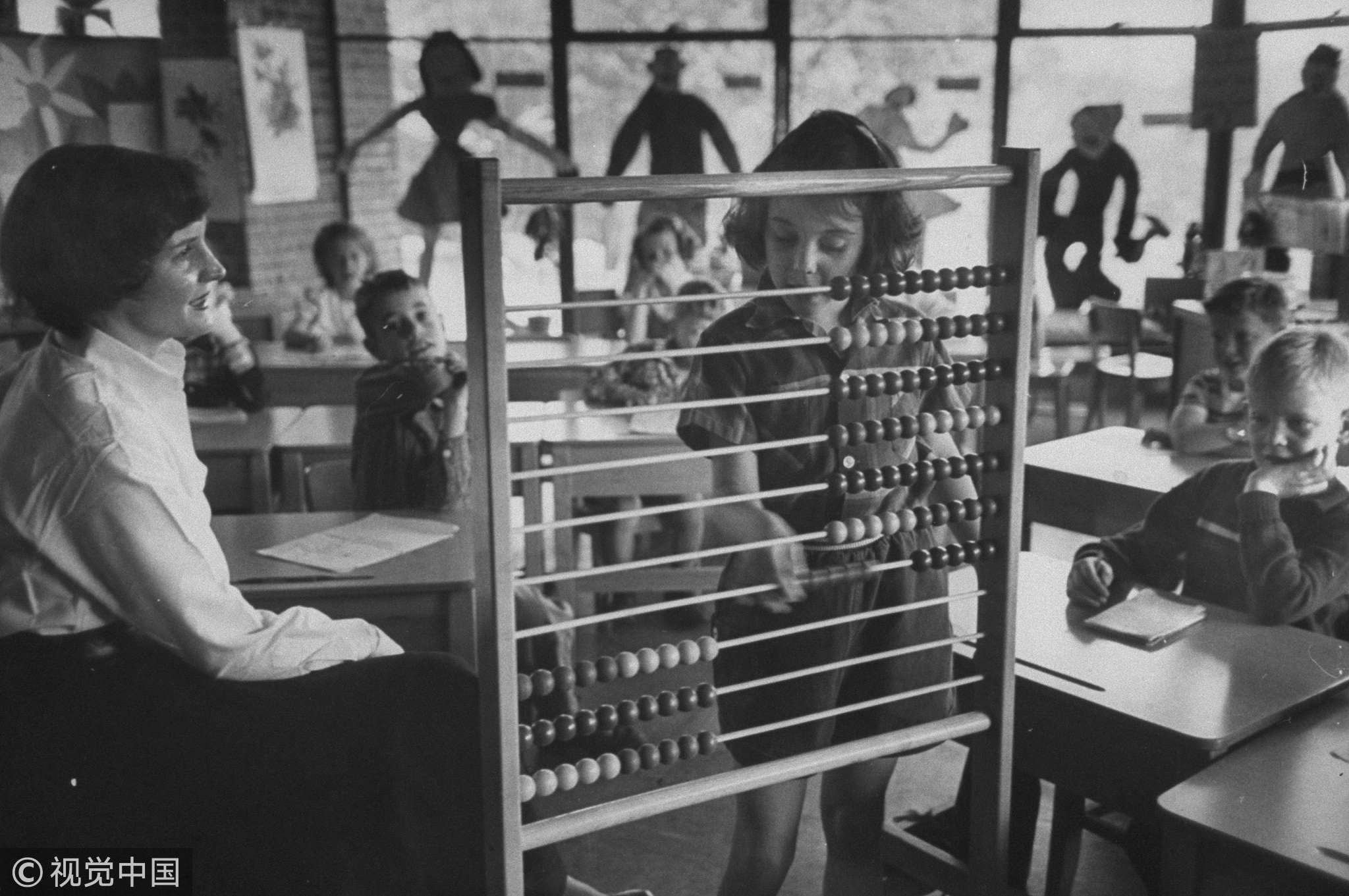 Wooden abacus which has rows of colored wooden beads-at which children are working as the teacher looks on, in a modern classroom of Heathcote Grammer School. /VCG Photo

Wooden abacus which has rows of colored wooden beads-at which children are working as the teacher looks on, in a modern classroom of Heathcote Grammer School. /VCG Photo

Particularly in Japan, China's abacus is highly valued. However, according to the Phoenix New Media Ifeng report, China's abacus course in Japan and China's Taiwan produces solidified thinking logic through a large number of exercises, which is not compatible with the Chinese mathematics course.
People should not pursue a single ability about the abacus to improve but focus on the training of learning habits, image thinking and the coordinated development of the left and right brain.

UNESCO: Another system of knowledge.

Indeed, the world has entered the electronic computer age, but the abacus is still the universal computing tools in the world.
"In the electronic age, the abacus's computational function is weakened, but the computer can not replace its education and intellectual function," said Zhao Qiumei, the professor of School of Accounting, Hebei University Of Economics And Business. 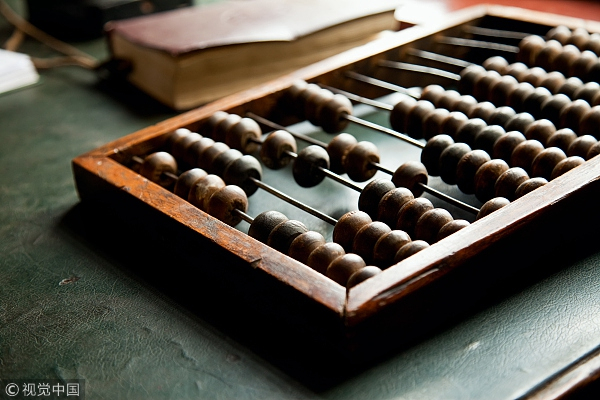 In 2007, the British newspaper, The Independent, listed 101 inventions that changed the world, and China's abacus which has enjoyed a history of more than 1,800 years ranked the first.
In December 2013, the abacus was listed as a World Intangible Cultural Heritage by the United Nations Educational, Scientific and Cultural Organization (UNESCO). And UNESCO calls it "another system of knowledge."
(Cover image by Li Xiaojie.)