The Heat: Africa looks ahead, but in much chaos
CGTN's The Heat 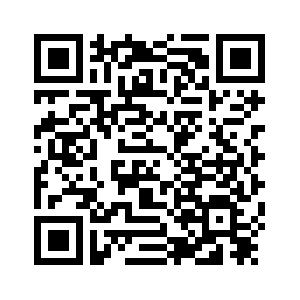 The result of the first democratic election in the Democratic Republic of the Congo (DRC) has been delayed for nearly two weeks, leading to suspicions of uncertainty over the winner. The Congolese government also cut off Internet across the country during the delay in fear of violence relating to the election.
Marie-Roger Biloa, chief executive director of the Africa International Media Group, states that the election was ill-prepared, and part of the country was not even involved in the election.
Despite all the problems, the people in the DRC show a high willingness of political participation in the hope of changing the current situation in the country. Therefore, Biloa believes that the citizens will be patient enough to wait for a longer time.
What is really delaying the election results is that the government wishes to take advantage of the election to assess the power balance inside and outside the country. Domestically, the government tries to see how churches and citizens view it, and internationally, the government wishes to evaluate neighboring countries' influence. 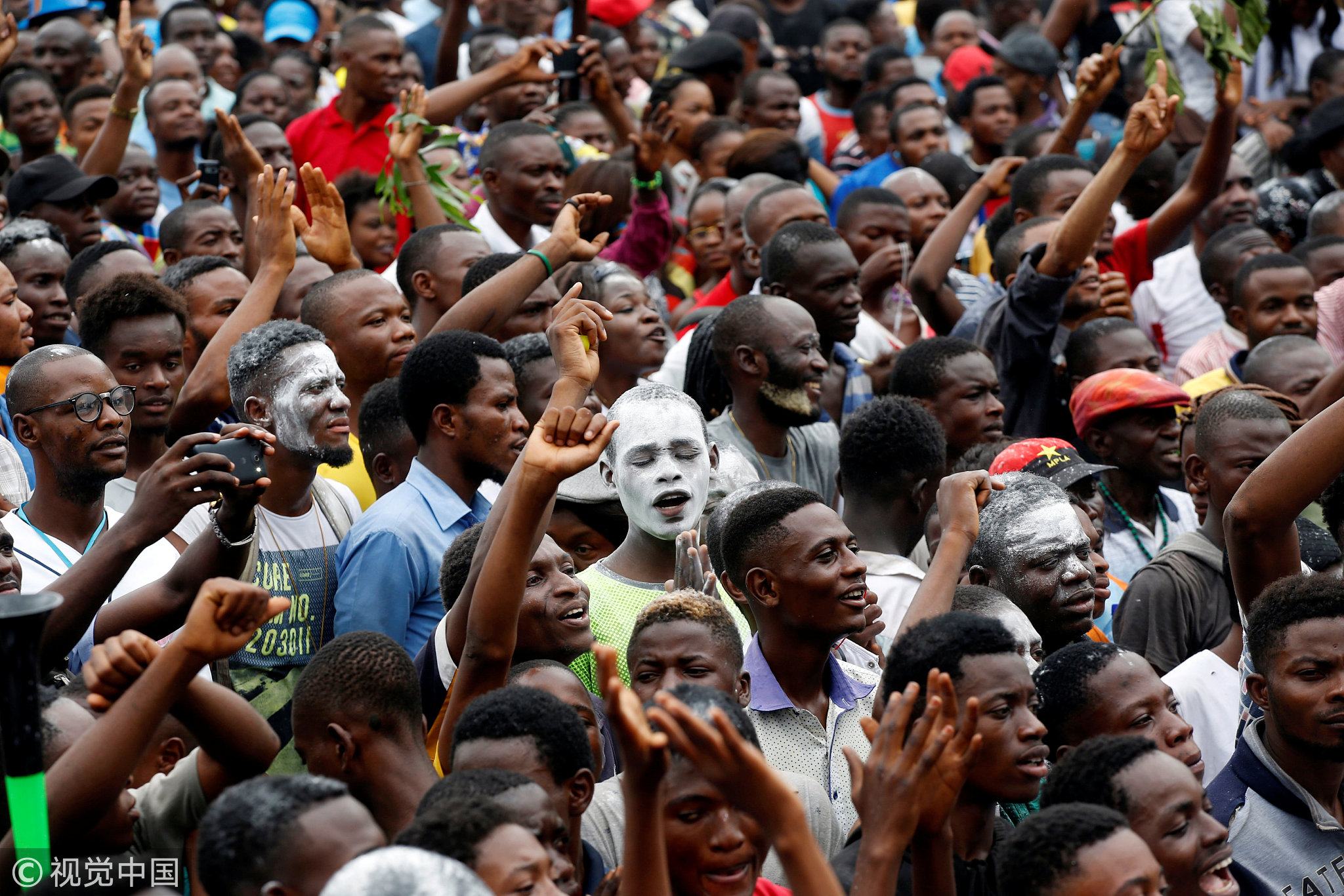 Supporters of Felix Tshisekedi, leader of the Congolese main opposition party, the Union for Democracy and Social Progress (UDPS), who was announced as the winner of the presidential elections, celebrate outside the party's headquarters in Kinshasa, the Democratic Republic of the Congo, January 10, 2019. /VCG Photo

Supporters of Felix Tshisekedi, leader of the Congolese main opposition party, the Union for Democracy and Social Progress (UDPS), who was announced as the winner of the presidential elections, celebrate outside the party's headquarters in Kinshasa, the Democratic Republic of the Congo, January 10, 2019. /VCG Photo

Cheta Nwanze, lead partner of SBM Intelligence, is afraid of a power vacuum in the DRC that the government would try to use the period to manipulate the results. Violence may breakout, as the country has a problem with small-arm proliferation. The people might decide to take the matters into their own.
The communication block from the government incites further disputes. The official discourse was that the government tries to prevent false rumors about the election results being spread throughout the country. But Biloa believes that the results can't be hidden, as all other countries will have the capability to propagate and disseminate information in the DRC.
Next month, Nigeria will face election as well. About 30 parties will compete in the election, which is going to be keenly contested. And there is a risk that the loser will not accept the result, which will raise the temperature in the political situation in Nigeria.
Nwanze observes a defection across the board, and there is high mobility between the biggest parties, the Peoples' Democratic Party (PDP) and the All Progressives Congress (APC). People from APC join PDP, and those from PDP choose to join APC. The movement will further result in a vague situation.
South Africa is also having a crucial year in 2019, as the country will hold national elections for the National Assembly. The current ruling party African National Congress (ANC) has held a majority since 1994, but support has been slipping recently. 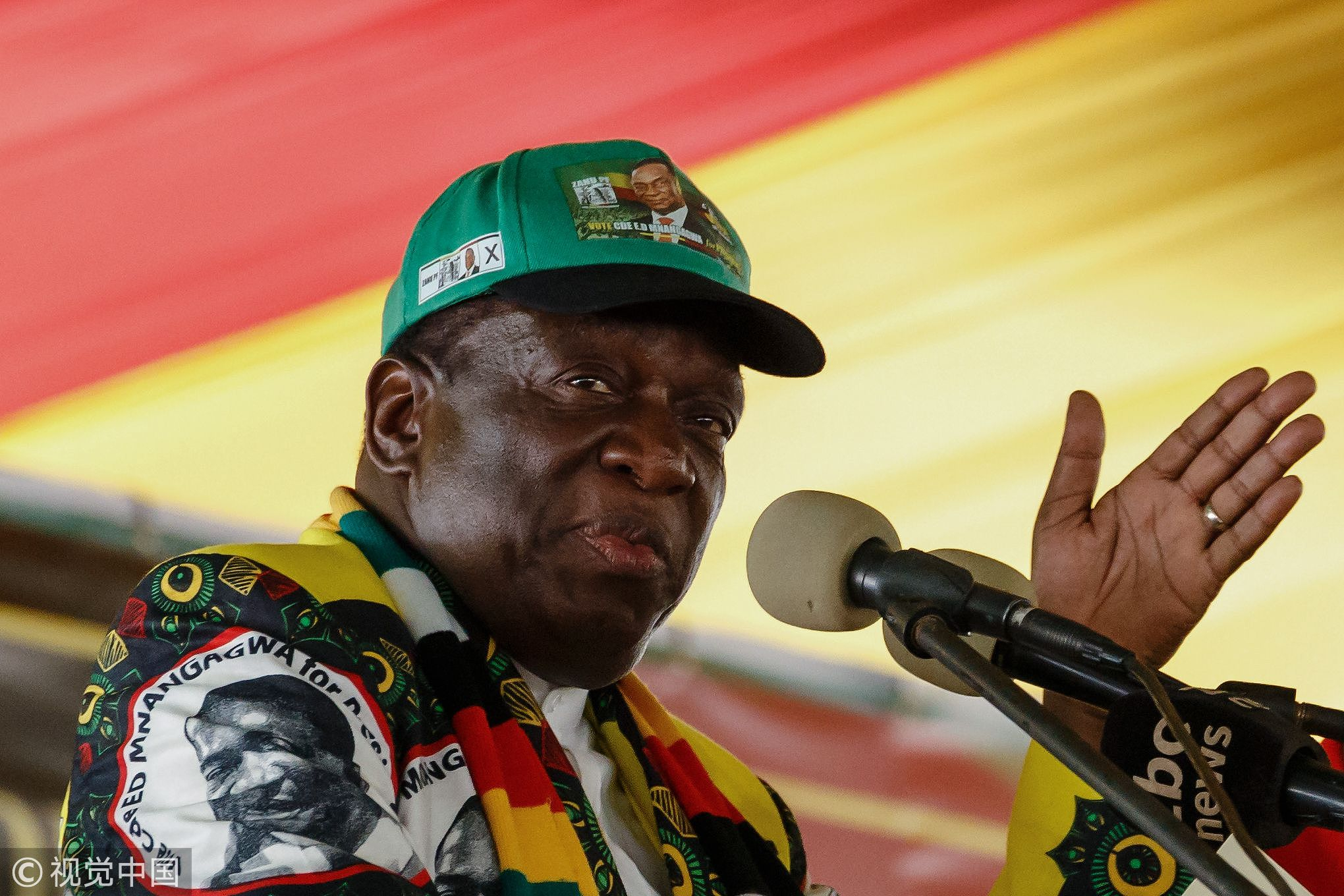 Zimbabwean President and ZANU-PF leader Emmerson Mnangagwa gestures as he delivers the closing remarks at the end of the party's 17th National People's Conference in Esigodini, Zimbabwe, December 15, 2018. /VCG Photo

Zimbabwean President and ZANU-PF leader Emmerson Mnangagwa gestures as he delivers the closing remarks at the end of the party's 17th National People's Conference in Esigodini, Zimbabwe, December 15, 2018. /VCG Photo

Nhlanhla Sehume, journalist and radio host from South Africa, suggests that the ANC's policy needs to be more transparent, especially when it comes to the land problem and slow economic development.
Too many challenges are facing South Africa, and its President Cyril Ramaphosa is under enormous pressure to pull the country out of the “lost decade” under his predecessor Jacob Zuma. Terence McNamee, the global fellow for the Africa Program at the Wilson Center, believes Ramaphosa understands how the market and economy works, but the rot is too deep, and the reform is not radical enough to reverse the situation.
On the east coast of Africa, Zimbabwe is now suffering from cash shortages, and civil servants are on strike. President Emmerson Mnangagwa was previously trying to attract foreign direct investments and put the economy back on track.
The overwhelming view from Zimbabwe is that things are not getting better, but even worse after former president Robert Mugabe. McNamee indicates that Zimbabwe is still seen as a risky investment destination even though Mnangagwa had made promises and commitments to turn Zimbabwe into a middle-income country by 2030.
Depressing views are shared within Zimbabwe. As essential commodity price surges, citizens cannot afford daily necessities such as bread and fuel. Sehume shares an extensive criticism from Zimbabweans that the new president is failing to hear the pleas from his people. People feel like there's no difference in the tenure under former president Robert Mugabe compared to what they have now.
Overall, the African community is struggling on the economic and political uncertainty in 2019. And more clarity needs to be addressed by the regional leaders, and people need to restore their confidence in both the economic and political situation in Africa.
(The Heat with Anand Naidoo is a 30-minute political talk show on CGTN. It airs weekdays at 7:00 a.m. BJT and 7:00 p.m. Eastern in the U.S.)
(If you want to contribute and have specific expertise, please contact us at opinions@cgtn.com.)