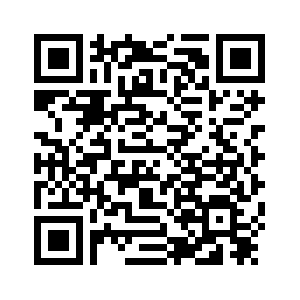 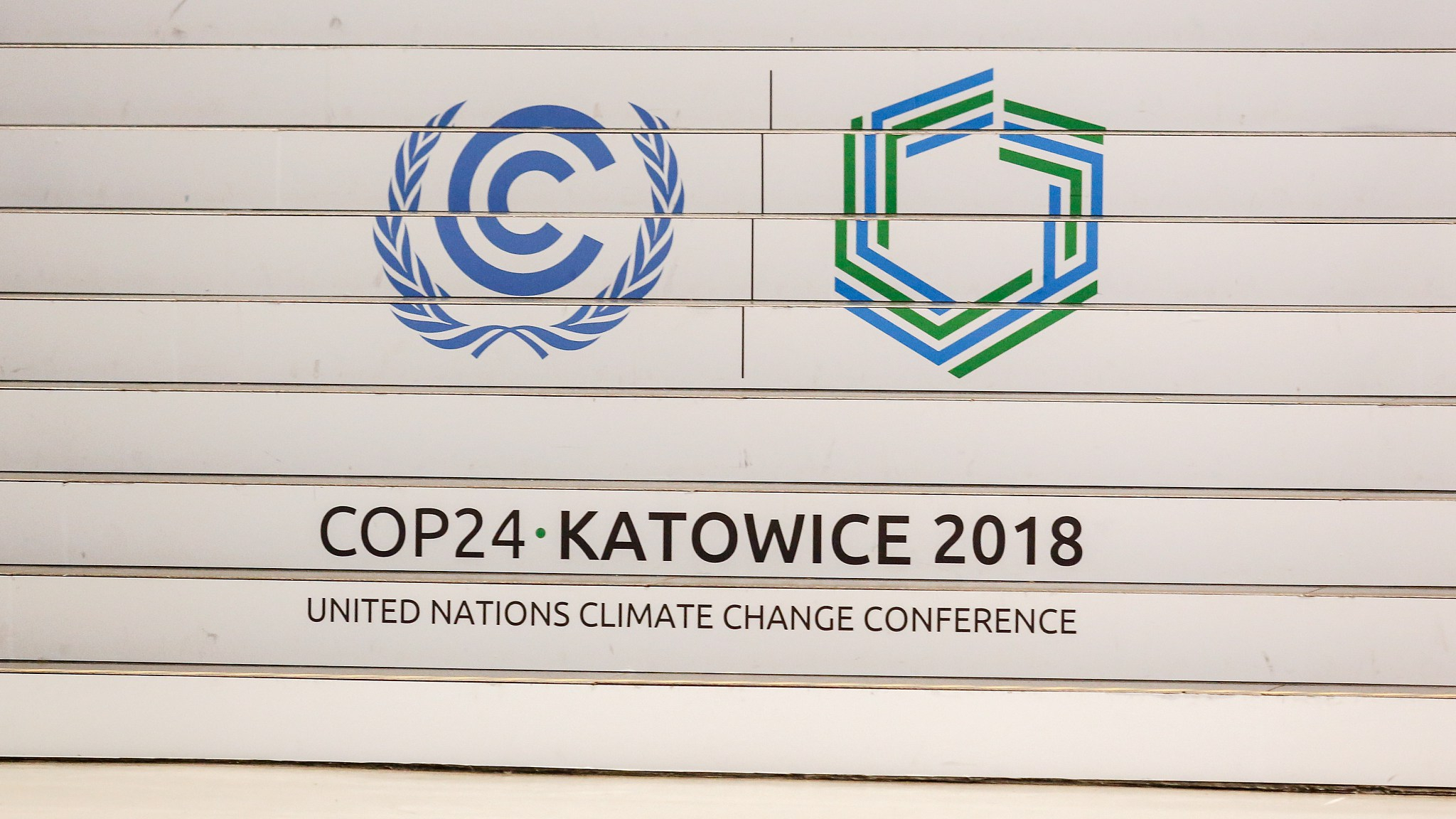 Editor's Note: Manisha Chakraborty is a freelance journalist based in India. The article reflects the author's opinion, and not necessarily the views of CGTN.
“Man has been endowed with reason, with the power to create, so that he can add to what he's been given. But up to now, he hasn't been a creator, only a destroyer. Forests keep disappearing, rivers dry up, wild life's become extinct, the climate's ruined and the land grows poorer and uglier every day.”
The famous dialogue from “Uncle Vanya” by Anton Chekhov is a solid proof about how we have become vulnerable to toxicity in the environment, forced to live with a degraded earth and a diminished future, thanks to non-eco-friendly practices by the governments across the world over the years.
Presently, the global average temperature is about one degree higher than that of the pre-industrial era and increases 0.17 degrees each decade.
In the backdrop of devastating climate disasters around the globe, from California Forest fires to Kerala floods, and Tonga Cyclone Gita to Japan extreme heat waves, the 24th Conference of the Parties (COP24) to the United Nations Framework Convention on Climate Change (UNFCCC) is being held from December 3 to December 14 in Katowice, Poland with a call for action to save the world.
A recent report by the Intergovernmental Panel on Climate Change (IPCC) warned that at current rates, global temperatures are expected to witness a spike of around 3-5 degree Celsius by the end of the century. 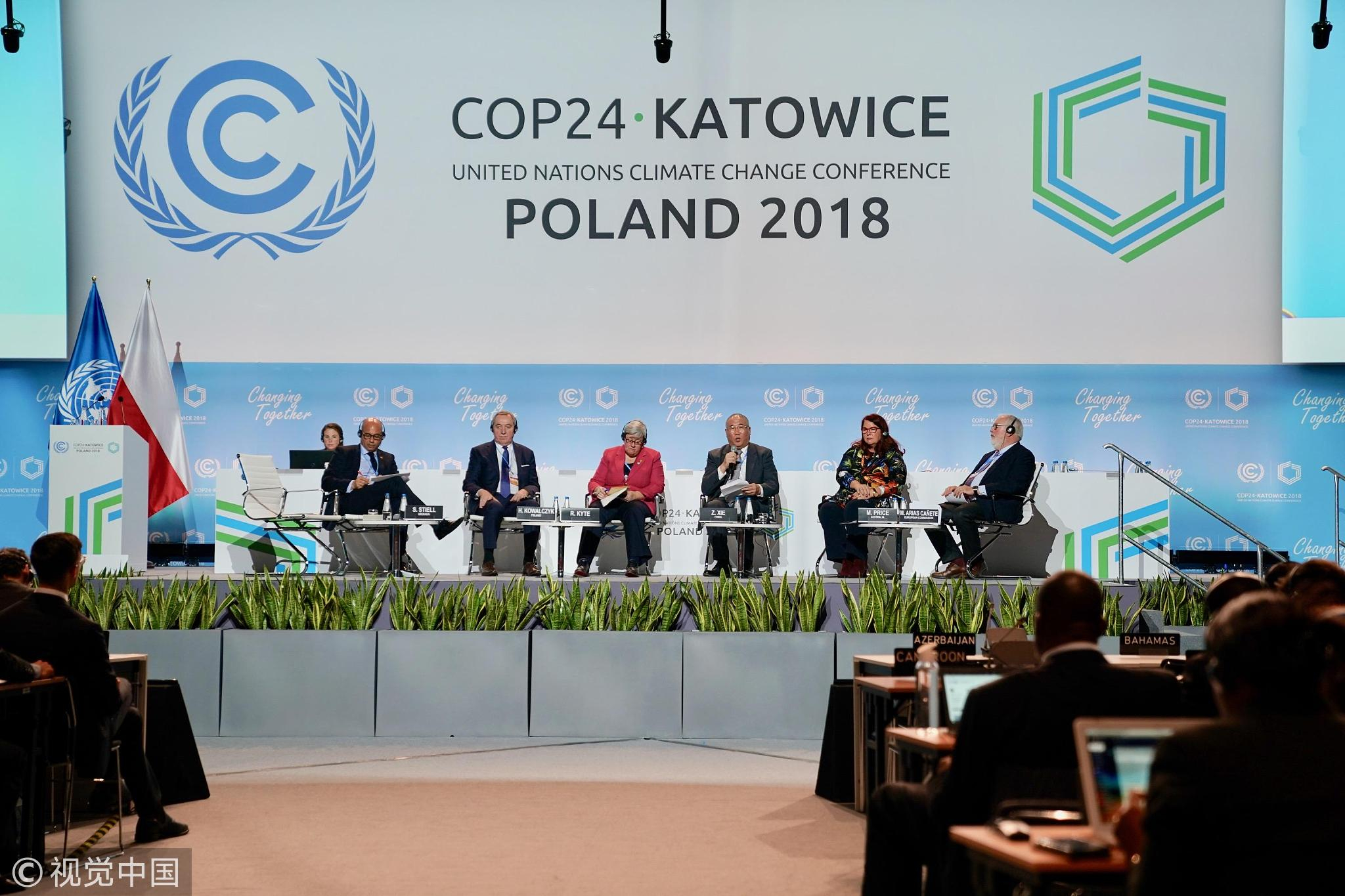 The consequences of this projected calculation would be crippling, especially for the developing countries to face increased risks of flooding, Arctic ice melting, sea level rise, species extinction and droughts.
It is expected that during the two-week Katowice COP24 climate talks, delegates from nearly 200 nations will finalize guidelines for implementation of Paris Agreement adopted on December 13, 2015, which is a milestone for the world in collectively combating the emissions of greenhouse gases and to accelerate the pursuit of inclusive sustainable development.
Indian delegation to this conference is led by Environment Minister Dr. Harsh Vardhan while Xie Zhenhua, the veteran chief of climate change official representing China at the summit.
The Katowice conference is taking place at a time when the recent G20 meeting in Buenos Aires, Argentina failed to gain a consensus on climate change, with only 19 members able to agree that the Paris Agreement was “irreversible”.
It can only be hoped that with the U.S. having pulled out of the Paris Agreement, India and China, have the potential to take on the mantle of climate leadership, shouldering more financial responsibilities on the basis of their strengths such as tech-savvy population, great entrepreneurship and strong research infrastructure. 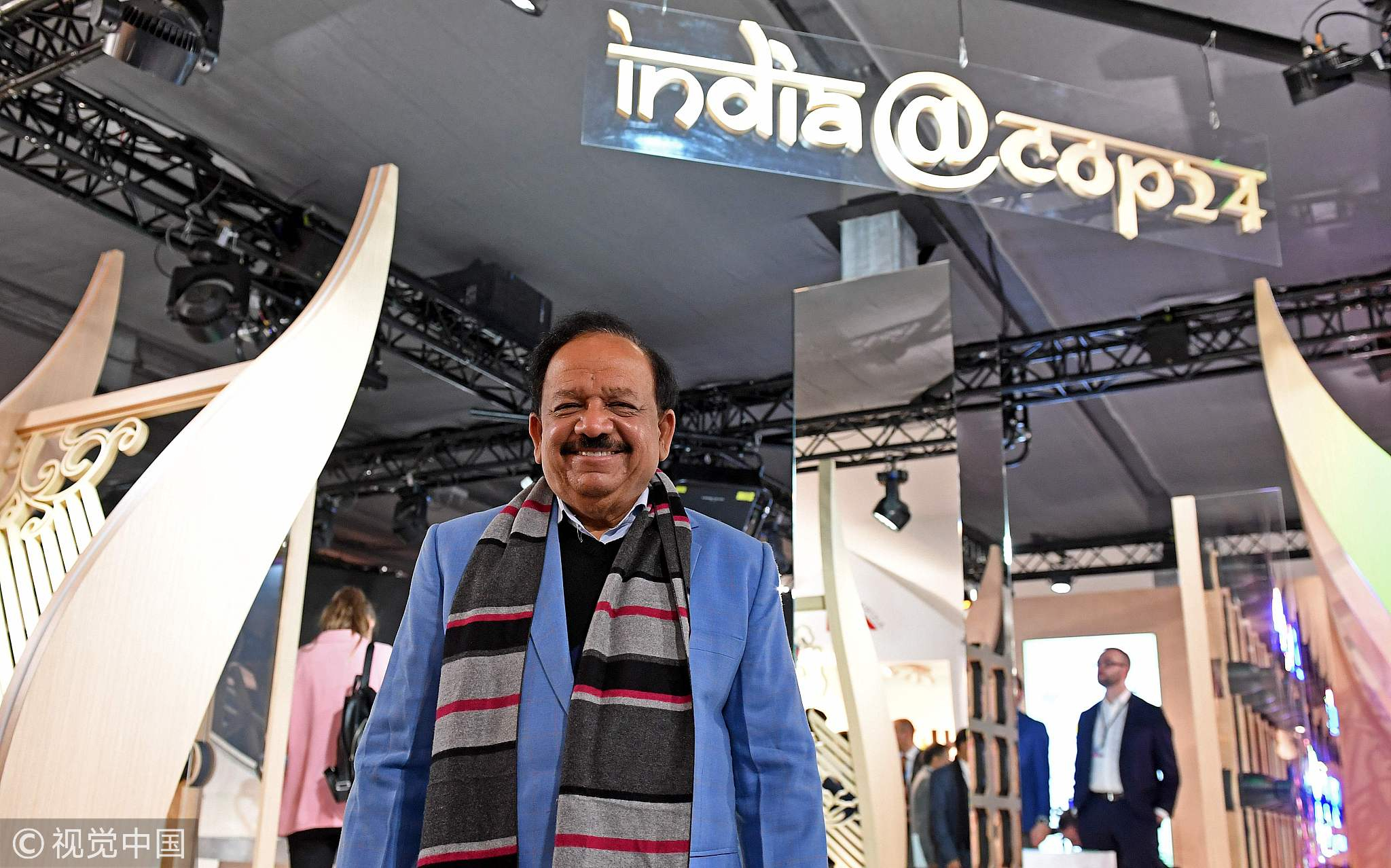 Despite being one of the world's largest CO2 emitters, China is "committed to its international climate obligations" and the Chinese government adopted “ecological civilization” as its slogan and floated a raft of policies.
In his speech at the opening ceremony of the Paris Climate Change Conference on November 30, 2015, President Xi reaffirmed that China pledges to peak CO2 emissions by 2030 and strive to achieve it as soon as possible, reduce the emission of CO2 per unit of GDP by 60 percent–65 percent from the 2005 level by 2030, increase the share of non-fossil fuels in primary energy consumption to approximately 20 percent, and increase forest stock by approximately 4.5 billion cubic meters against the 2005 level.
So far China's performance should encourage other countries, big and small, to honor their respective nationally determined contributions. Despite being a major source of energy in China, coal-fired power plants and steel factories have come under the hammer. 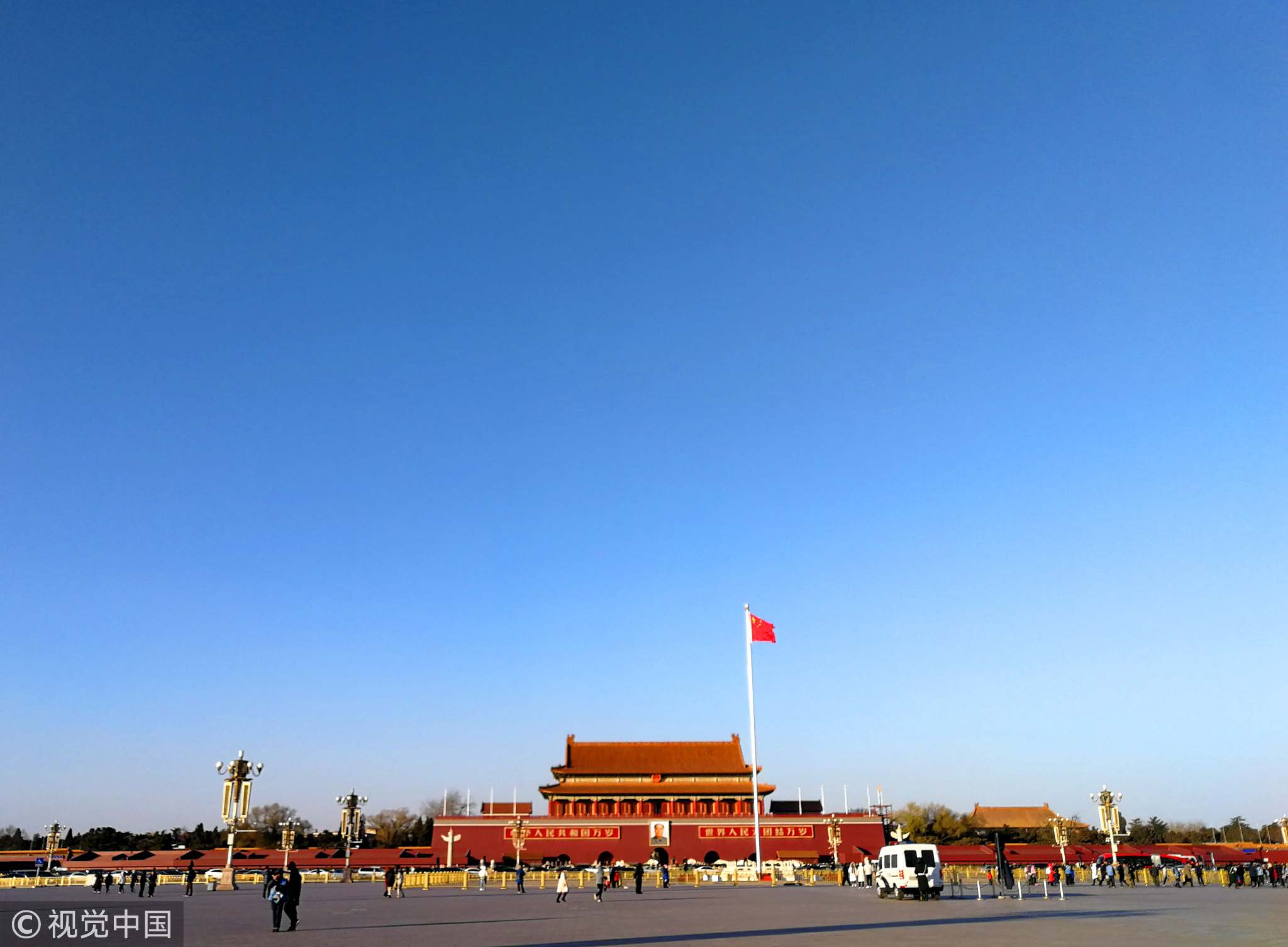 Beijing has implemented the world's largest clean coal-fired power generation system over the past five years by completing the "ultra-low emission" transformation of coal-fired power plants with combined capacity of 640 million kilowatts, 68 percent of the country's total installed capacity of coal-fired generating units.
The transformation has resulted in 83 percent decrease in sulfur dioxide emission, 50 percent cut in nitrogen oxides, and 67 percent reduction in smoke dust.
On the other hand, although India, third highest CO2 emitter, has taken many concrete steps towards addressing climate change, a lot more needs to be done on emissions reductions opportunities such as mobility choices, agricultural production, green buildings, etc. At present, nearly two-thirds of the electricity in India is produced from fossil fuels, mainly coal.
Encouragingly, at Katowice, India reaffirmed that it will achieve 40 percent electric power generation from non-fossil fuel sources by 2030, and reduce the emission intensity of its gross domestic product by 33-35 percent from the 2005 level. This implies that India will raise the share of renewable sources when it comes to energy generation. 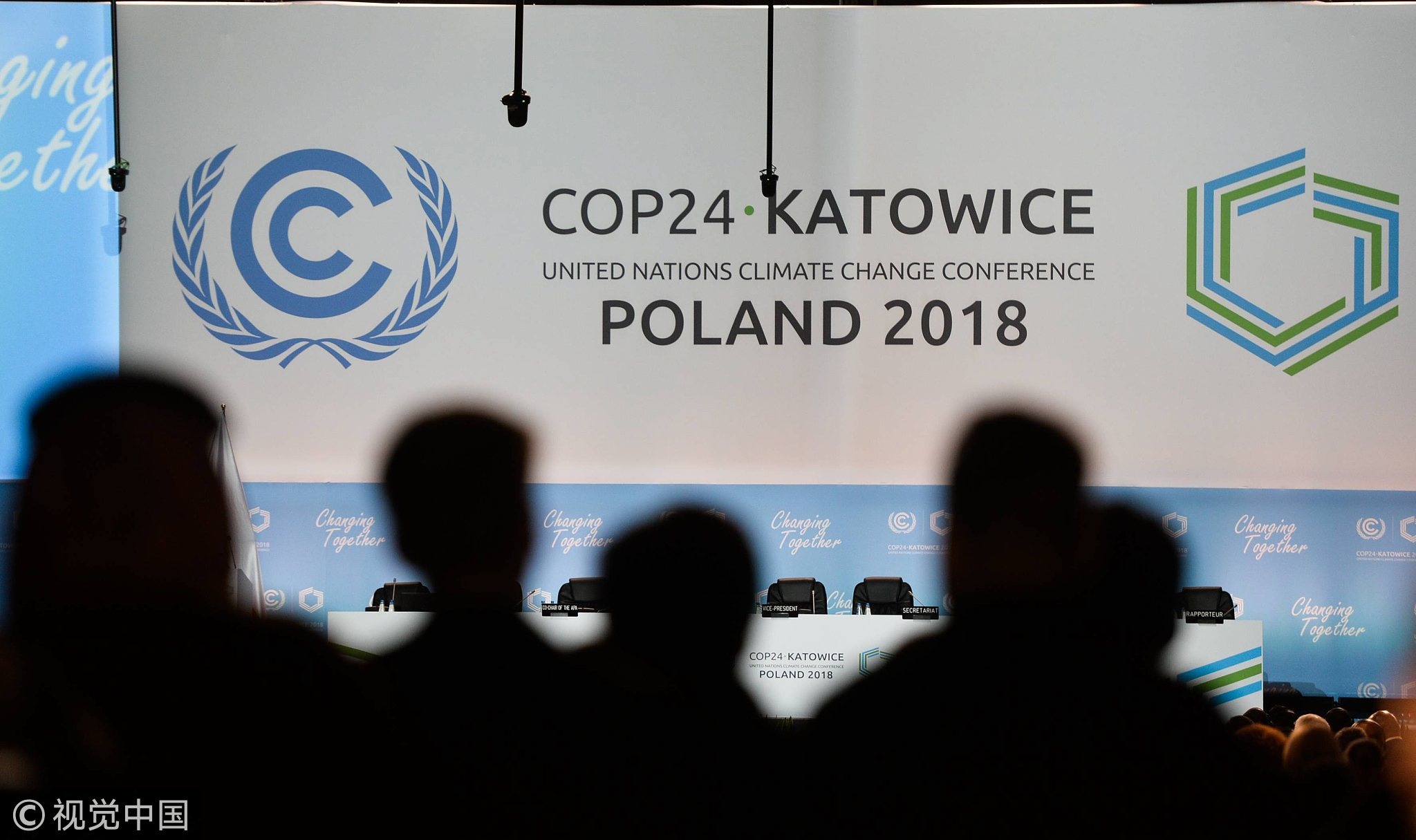 In the background of differences prevailing between developing and developed countries such as U.S. retreat and a fractious Europe to the promises made in Paris three years ago,  it's the right time for China and India, world's 2nd and 6th-largest economy respectively, should act together and quickly on climate change since time is running out.
It is anticipated that the two countries should be able to frame the guidelines of the “rule book” at the COP24 with other climate negotiators from rich and poorer countries to make the planet livable.
The heat is on. Let's heal it, now and quickly, with a pledge echoing the voice of Bengal's ever-youth poet Sukanta Bhattacharya: “I'll make this world livable for this child born tonight before I go.”
(If you want to contribute and have specific expertise, contact us at opinions@cgtn.com)