Trump shrugs off Romney's blistering attack on his record
CGTN 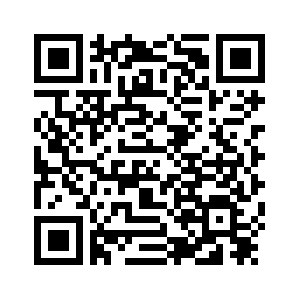 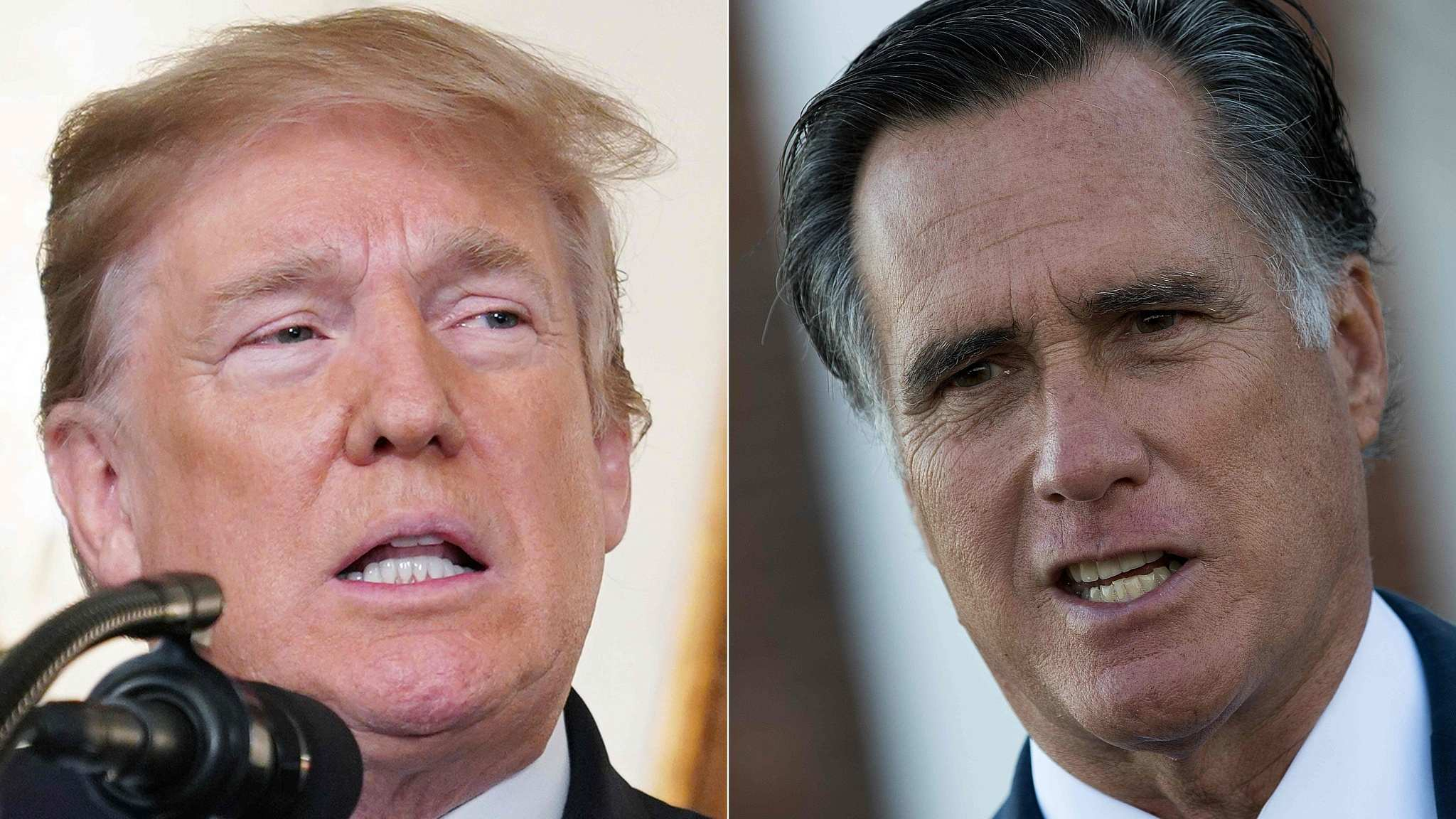 U.S. President Donald Trump has shrugged off a stinging personal attack on his presidency from senior fellow Republican Mitt Romney, BBC reported.
Incoming Senator Mitt Romney published a scathing op-ed targeting Trump on Tuesday, saying he "has not risen to the mantle of the office" and his actions have alienated America's allies.
Trump said he was "surprised" Romney criticized him so quickly, adding that "if he fought really hard against President Obama like he does against me, he would have won the election".
The president hit back by tweeting one day after Romney's comments, "I won big and he didn't," noting Romney's failed 2012 White House bid. 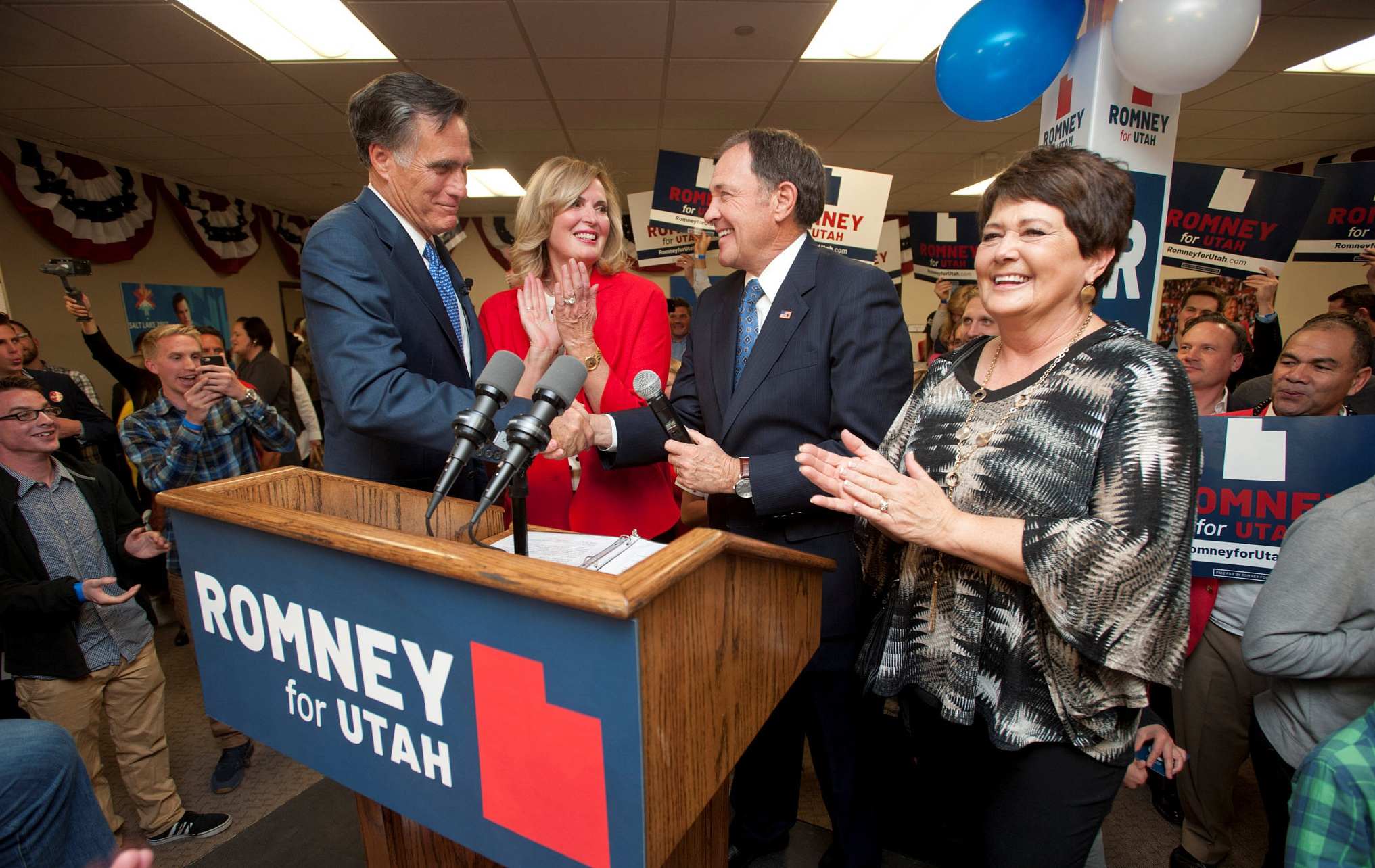 Mitt Romney shakes hands with Utah governor Gary Herbert at his election night party after he was declared the winner of the mid-term race in Orem, Utah, U.S., November 6, 2018. /VCG Photo

Mitt Romney shakes hands with Utah governor Gary Herbert at his election night party after he was declared the winner of the mid-term race in Orem, Utah, U.S., November 6, 2018. /VCG Photo

Meanwhile, Trump took a shot at former Republican Senator Jeff Flake, who has just retired from Congress and who has been one of the few Republican lawmakers to be openly critical of the president.
“Here we go with Mitt Romney, but so fast! Question will be, is he a Flake? I hope not. Would much prefer that Mitt focus on Border Security and so many other things where he can be helpful. I won big, and he didn't. He should be happy for all Republicans. Be a TEAM player & WIN!” Trump wrote on Twitter.
He repeated this theme later during a cabinet meeting, saying he wished Romney could be more of a “team player".

It is the latest twist in a relationship that has run hot and cold for years.
Romney called presidential candidate Trump a fraud and a phony in 2016, but last year, he thanked Trump for his endorsement as Romney ran for a Senate seat from Utah.
In the op-ed piece, Romney noted he had not supported Trump as the Republican Party's nominee in 2016.
Romney said he had hoped the Trump campaign would refrain from name-calling and had not.
He welcomed Trump's initial inclusion of steady-hand figures in his cabinet like James Mattis as defense secretary and John Kelly as chief of staff. 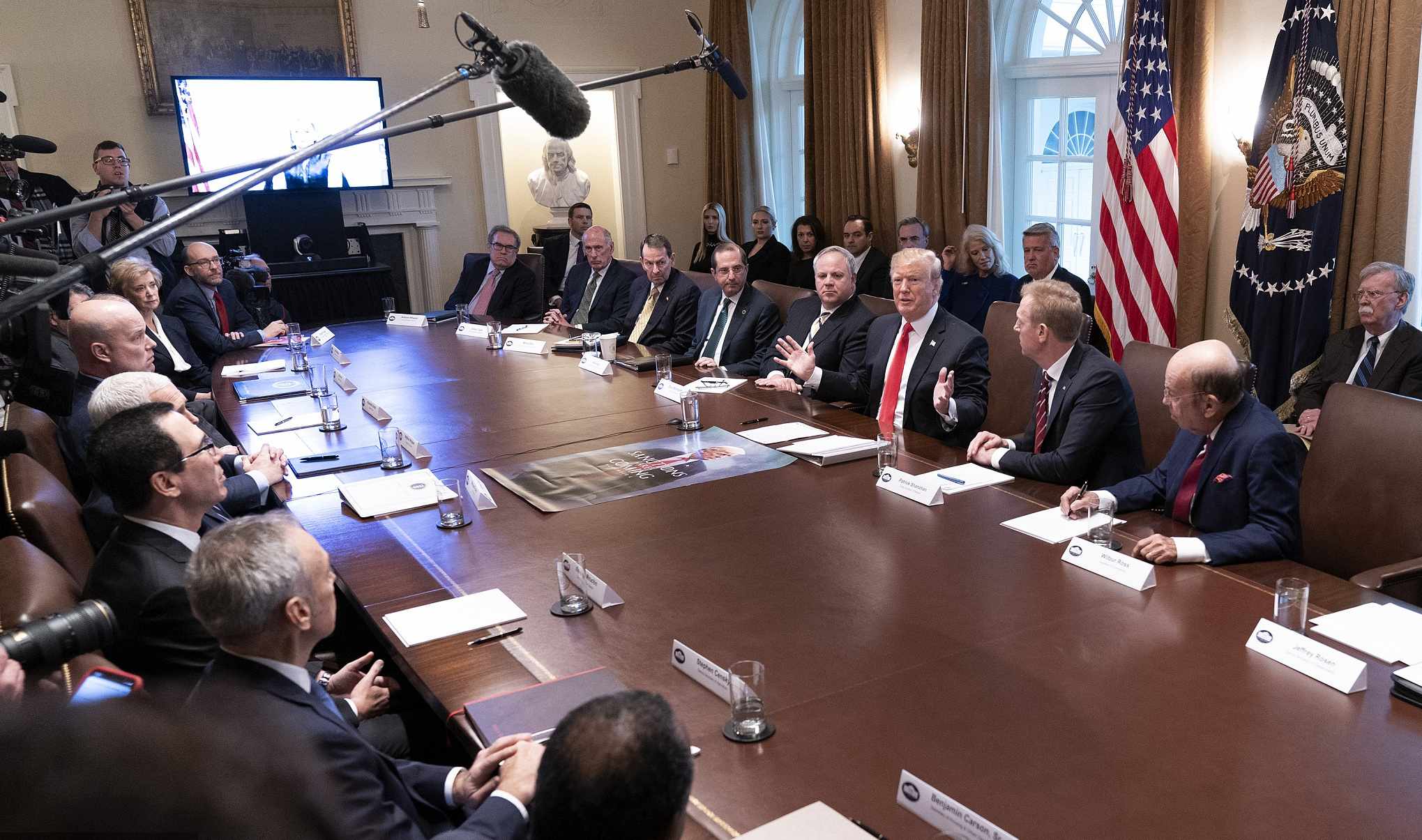 "But, on balance, his conduct over the past two years, particularly his actions this month, is evidence that the president has not risen to the mantle of the office," Romney wrote.
The incoming senator said that last month – when Trump abruptly announced he was pulling U.S. troops out of Syria, and Mattis resigned in protest – was particularly disturbing.
"The Trump presidency made a deep descent in December," Romney wrote.
Romney said he will treat Trump as he would any president, either in or outside his party.
"I do not intend to comment on every tweet or fault," he wrote. "But I will speak out against significant statements or actions that are divisive, racist, sexist, anti-immigrant, dishonest or destructive to democratic institutions."
Source(s): AFP ,Reuters