The launch took place one day after the peninsula marked the 64th anniversary of the signing of the Korean Armistice Agreement that brought the Korean War to an end.

The missile was launched at around 11:11 p.m. local time. It flew more than 1,000 kilometers at a maximum altitude of around 3,700 kilometers, added the JCS. 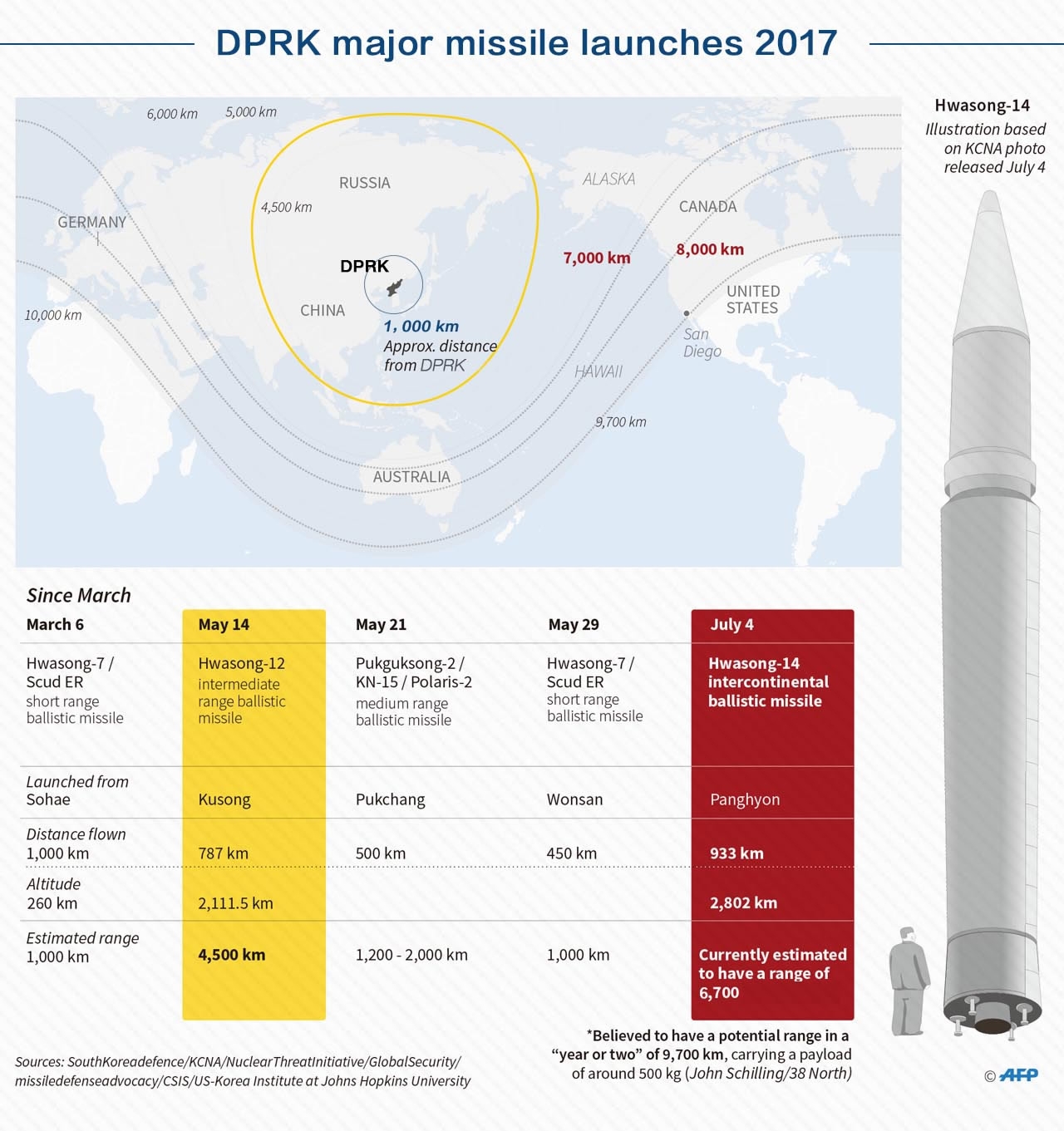 The DRPK fired its first ICBM, which is capable of reaching the US state of Alaska, on July 4, America's Independence Day.

This is the fifth ballistic missile launched by the DPRK since new ROK President Moon Jae-in took office in May.

UN Security Council resolutions ban the DPRK from conducting any launches that use ballistic missile technology, nuclear tests or any other provocation. 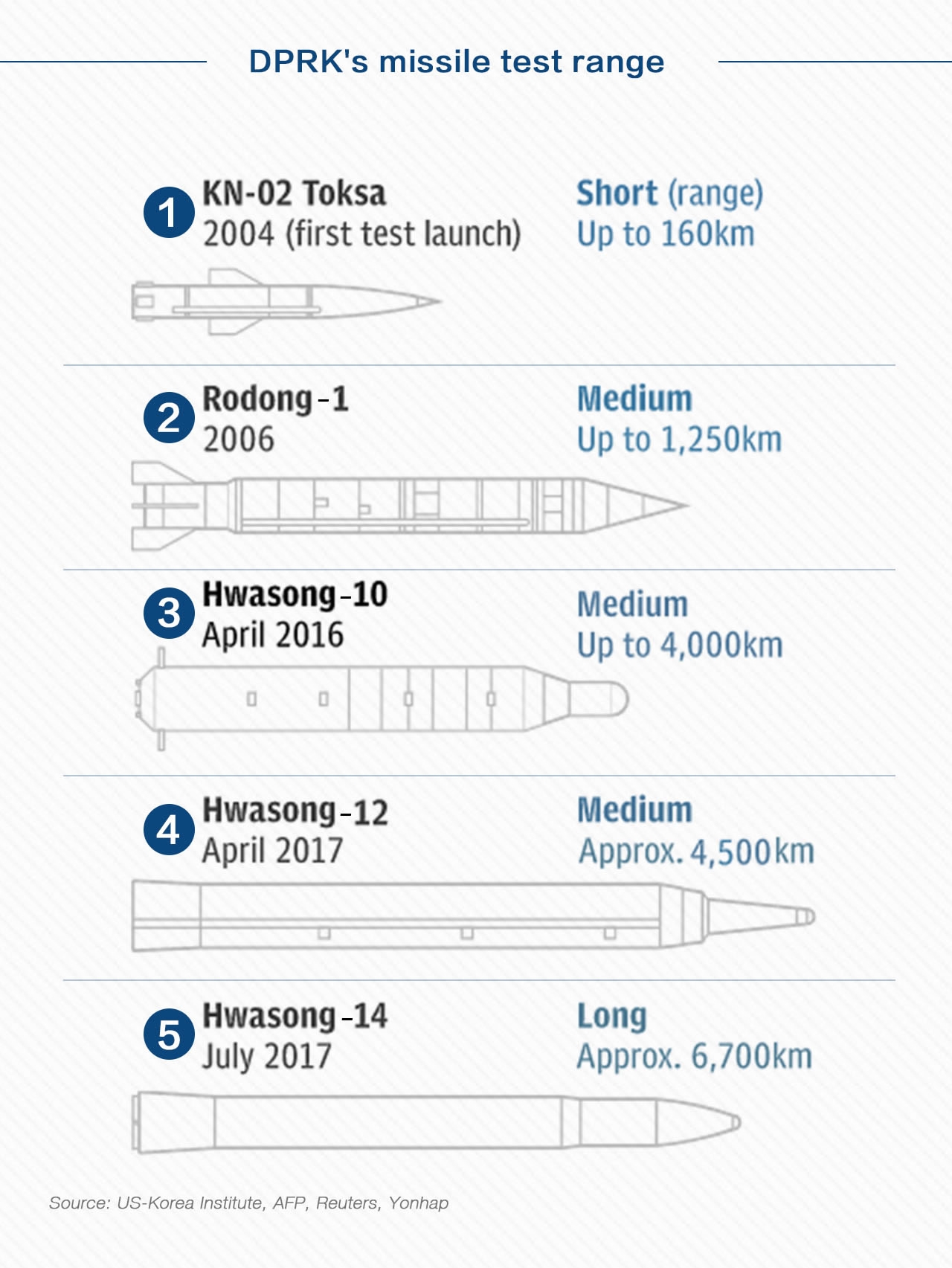 China has repeatedly opposed missile launches by the DPRK and urged all sides to exercise calm and ease tensions. China has expressed hope that all sides can work to return to the right path for a peaceful dialogue.