‍‍‍Not every piece of space hardware can say it made its debut in a Hollywood blockbuster but that’s the case with a new lunar rover being developed by a German team, which is set for a Moon landing in 2018.

But if the little lunar rover thought the rigors of filming were tough, its biggest challenge is yet to come. In mid- to late 2018, its makers hope to make it part of the first privately-funded mission to explore the Moon.

“As far as we know it’s the first piece of technology that is due to go into space that’s featured in a movie first,” Kate Arkless Gray of PTScientists, the team behind the new rover, told CGTN during a presentation in Beijing.

3D printing to the moon

PTScientists have been developing the rover for about eight years, first partnering with the German space agency DLR. Then in 2015, they sparked the interest of German automaker Audi, which brought in cutting-edge 3D-printing technology.

This meant components could be built with thinner layers and more spaces between them to reduce weight. In all, 80 percent of the rover was made using 3D printing, including the wheels.

The result is a sleek, light-weight remote-controlled rover with a top speed of 3.6 kilometers per hour that weighs just 35 kilograms, a fraction of the weight of similar devices sent to the Moon by the USSR, USA and China. 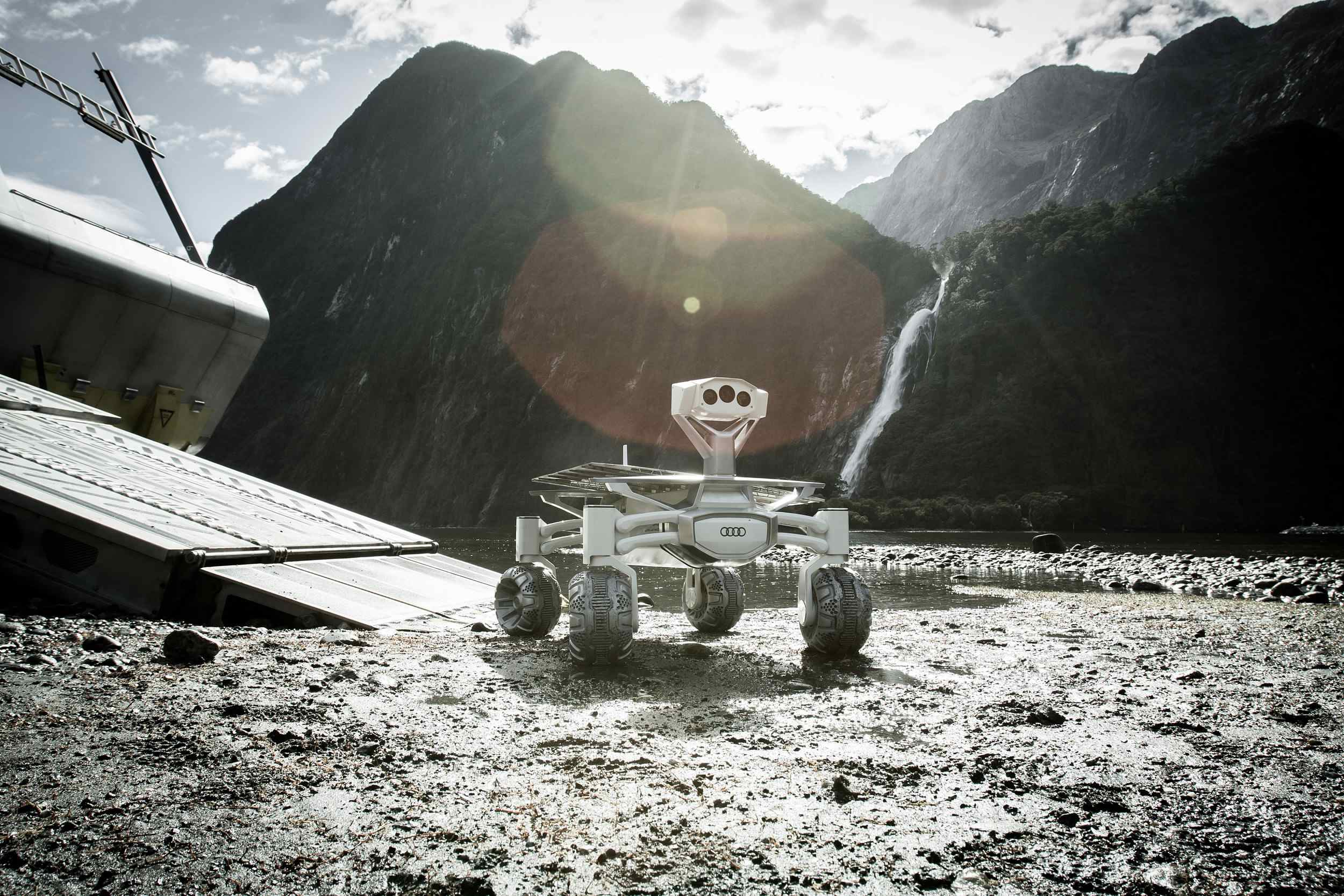 The streamlined look is precisely what grabbed the attention of film director Ridley Scott, who approached PTScientists to use the prototype in his new movie.

“He thought this is a really good fit to have something that’s so advanced looking. It looks much nicer than most (rovers),” Karsten Becker, who operated the rover in the film, told CGTN.

Becker is head of electronics at PTScientists. “When we started out, none of us had actual experience or education in space,” he recalls.

The PTScientists group was originally called Part-Time Scientists, and that's precisely what they were: a group of space enthusiasts with day jobs in IT or software development, who got together to work on a Moon mission in their spare time. 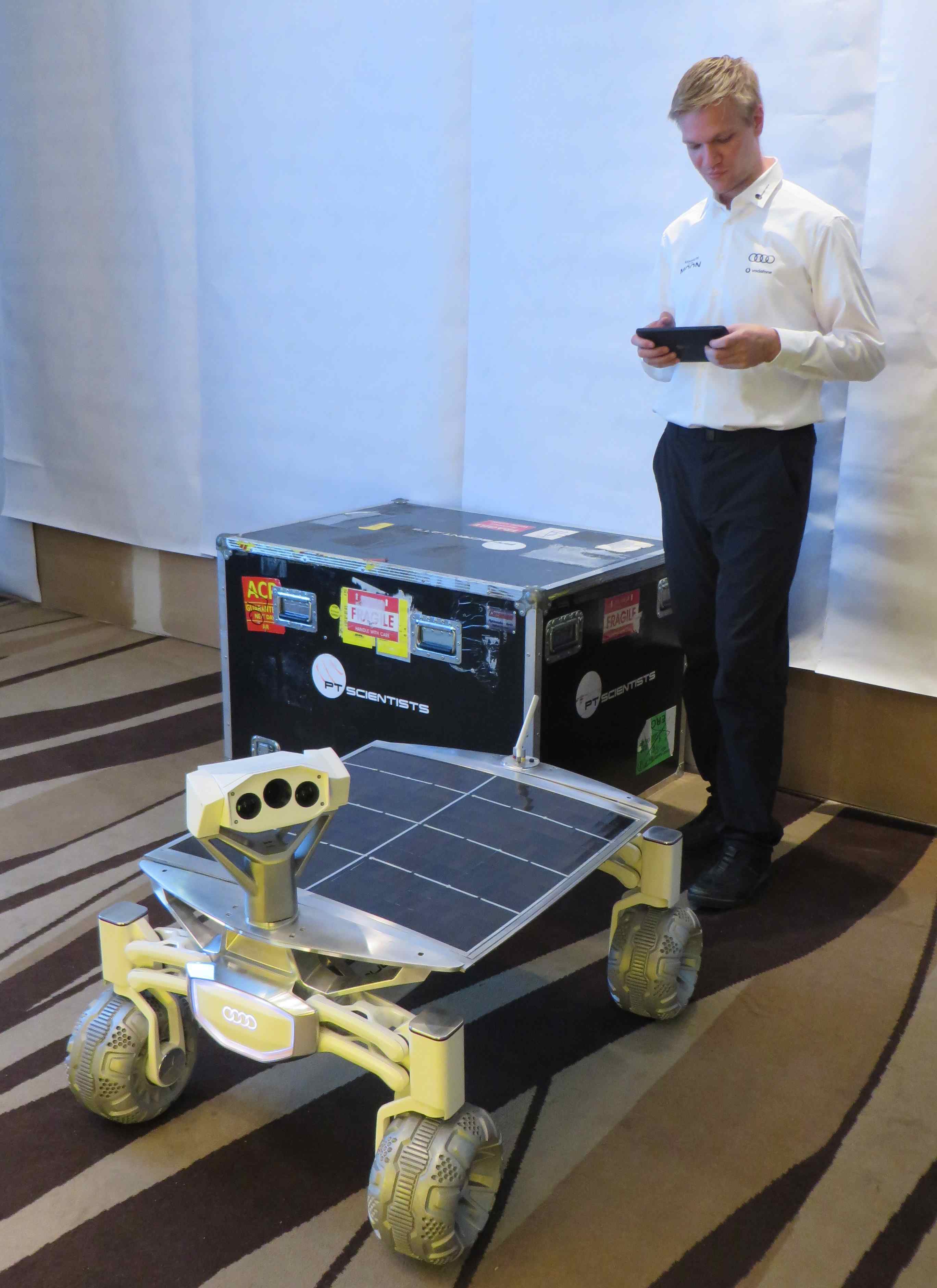 Even now the team, headquartered in Berlin, only has around 35 members, not counting their Audi partners. But they have their sights set on much more than just a Moon vehicle.

The team is already developing a space module, ALINA, to land the rover on the Moon. Beyond that, they hope to facilitate access to space for independent researchers in the future.

“We’re interested in providing low-cost access to the surface of the Moon so that anyone that really wants to put anything on the Moon has an opportunity to do so,” said Becker.

Later, PTScientists hope to help build a Moon village. “We’re looking at the whole picture. We’re really aiming to be one of the key suppliers of the Moon village. We want to make that happen. If we wait for NASA and ESA (the European Space Agency) to do it, it will not just take ages it will be horribly expensive.”

PTScientists are not the only private company to be reaching for the stars. They began as one of over a dozen teams taking part in the Google Lunar X-Prize contest to launch a privately-funded lunar rover by the end of the year.

At this point however, the end of 2017 no longer seems a feasible deadline, according to Becker.

“We hope still to be the first private mission on the moon,” said Gray.

Mission to the Moon

Two Audi Lunar Quattro rovers are now set to take off on board a SpaceX rocket next year from Cape Canaveral, Florida.

The rocket will bring them to Earth's orbit, and the ALINA spacecraft will land them on the Moon.

The two rovers, remote-controlled from the Earth, will be able to film each other on the lunar surface. The goal is to bring them as close as possible to the Apollo 17 moon buggy, abandoned in 1972, to see how it has survived. The mission will last 10.5 days, after which the cold temperatures are expected to shut down the rovers. 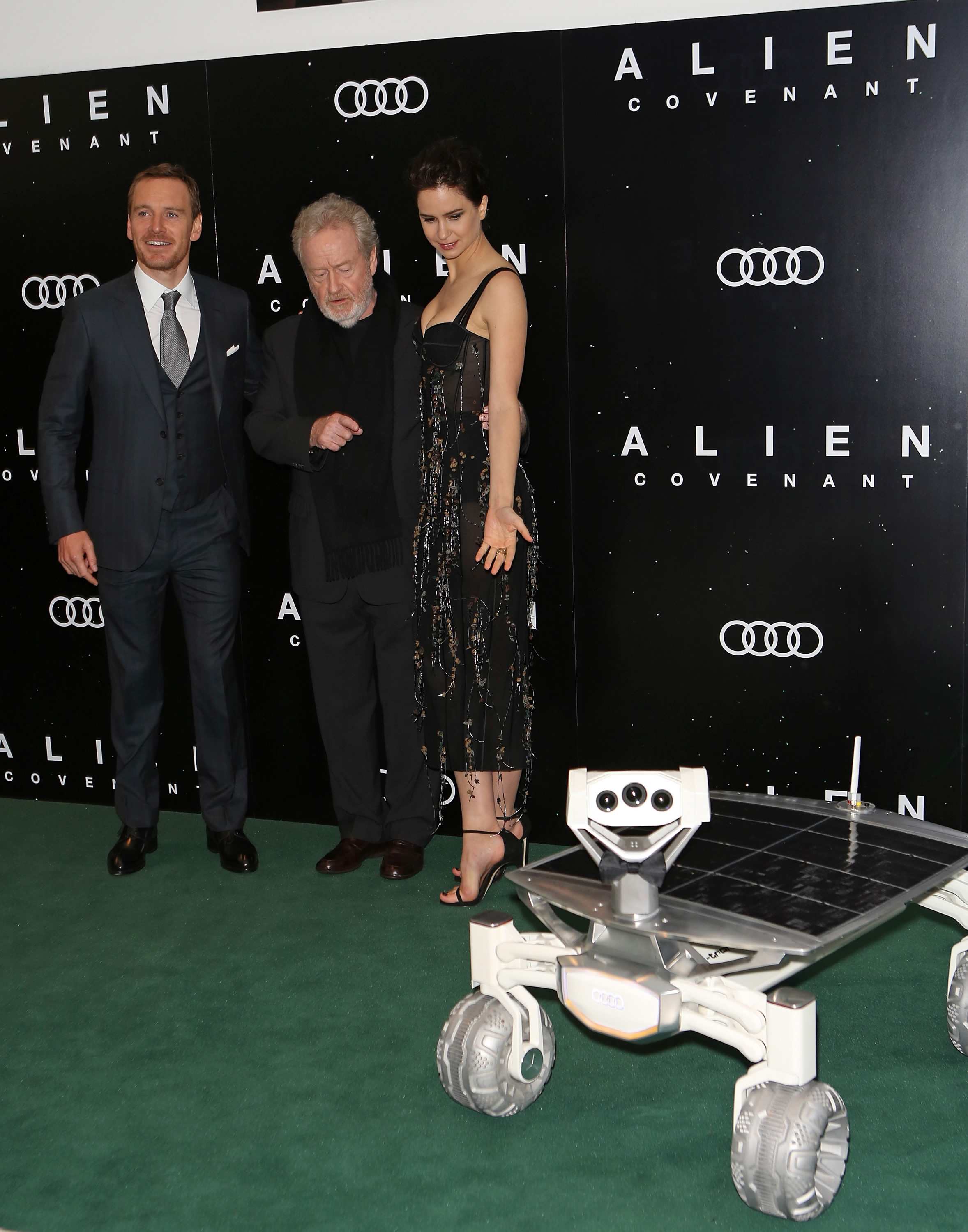 Michael Fassbender, Ridley Scott, Katherine Waterston and the Audi Lunar Quattro at the London premiere of 'Alien: Covenant' on May 4, 2017. /Audi/PTScientists Photo

In the meantime, PTScientists are relishing their time in the limelight and being ahead of Hollywood.

“Reality is overtaking fiction in this case, this is the really cool part about it,” said Becker. ‍