Rural students are facing increasing difficulties when competing with their counterparts from urban areas, one of China's top scorers on Gaokao, or the national college entrance exam, has stated, blaming uneven distribution of resources.

"It is getting harder and harder for students from rural areas to be enrolled in good schools," Xiong Xuanang, a recent graduate from Beijing No.2 Middle School who scored 690 out of 750 in the liberal arts Gaokao, told The Paper, a Shanghai-based publication on Friday.

"People from middle class families like me, with educated parents living in big cities like Beijing, could worry less about living conditions. We enjoy particular academic advantages. Many non-locals or kids from rural areas would never gain the access to what we have, which means I had many shortcuts compared with them when it comes to studying," the candid student admitted. 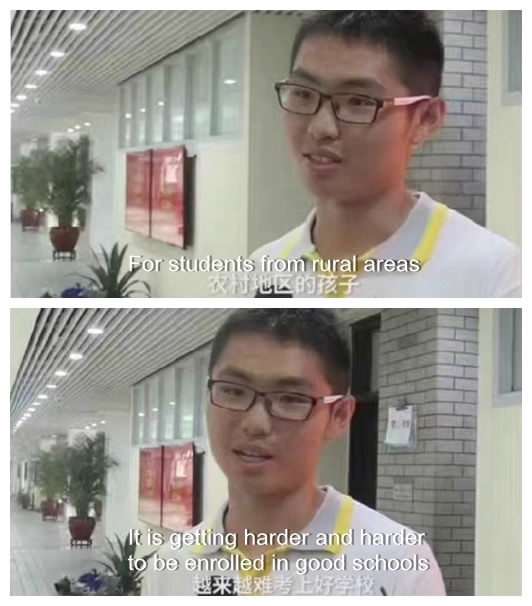 Xiong Xuanang expressed his opinion on education for students in rural areas in an interview with the Paper. /Screenshots from The Paper interview

Xiong said those who receive high marks on the entrance examination these days have solid family backgrounds.

Taking his story as an example, Xiong said his middle class family and his parents, who work as diplomats, have provided him with abundant resources and a suitable environment while growing up – everything he achieved soon fell into place.

Online, his remarks triggered a wave of discussion. Some thumbed up his courage to speak up for those in need, while others said that personal willpower matters more than resources, regions or family backgrounds when it comes to academic achievements.

There is a significant educational gap between urban and rural areas in China, amplified by a lack of quality teachers in underdeveloped areas, among other factors. 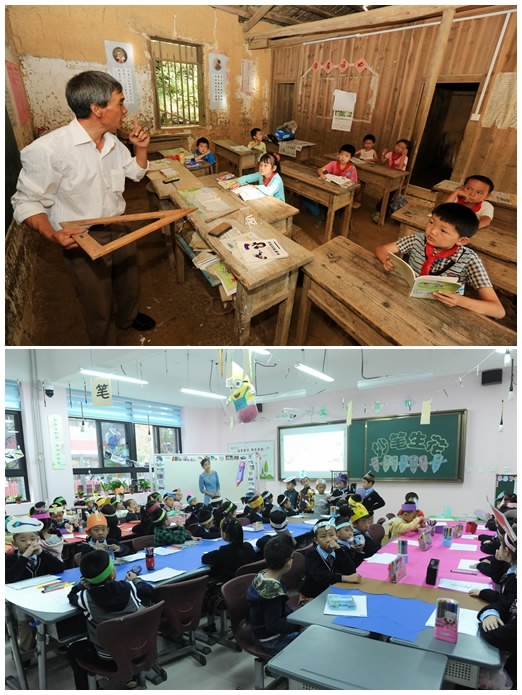 There is a significant educational gap between urban and rural areas in China. /VCG Photo

The government has taken notes of such disparity and has been working on finding solutions to the problem.

Is the Gaokao fair?

The tough climb to education