Chinese President Xi Jinping urged the world to reject protectionism and instead work together to guide and adapt to economic globalization in a keynote speech to the World Economic Forum (WEF) in Switzerland on Tuesday.
Speaking at the opening ceremony of the annual gathering of global powerbrokers in Davos, Xi acknowledged that economic globalization was a double-edged sword but stressed that blaming it for the world’s problems is inconsistent with reality and unhelpful to solving the problems.
Xi insisted that “many of the problems faced by the world are not caused by economic globalization.” He argued that the financial crisis was a consequence of greed and poor regulation, while the refugee crisis was a result of war, conflict and regional turbulence. 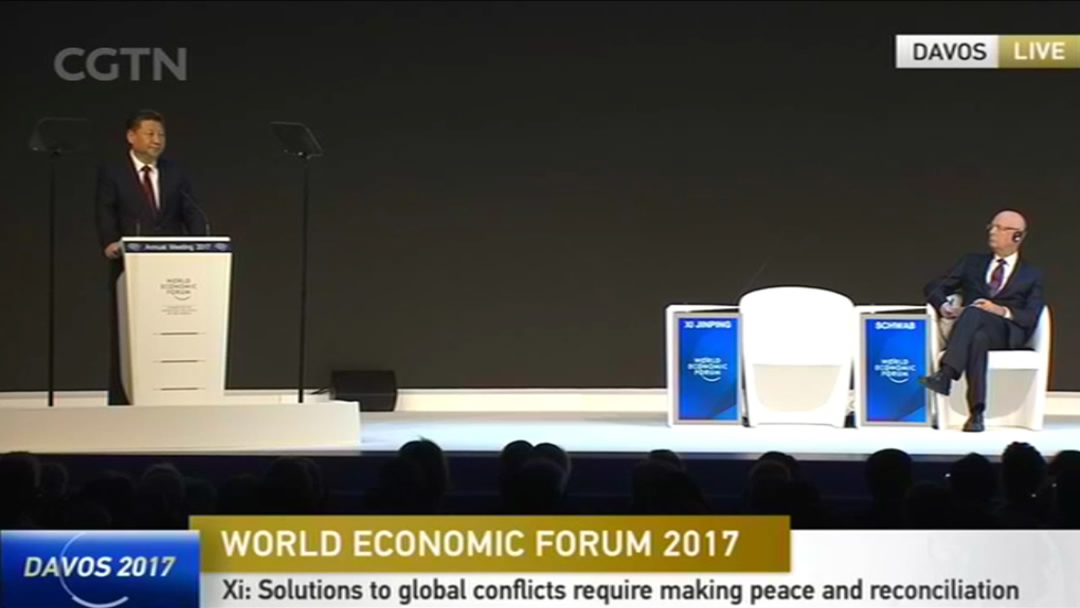 President Xi Jinping dubbed the WEF gathering “Schwab economics” in his speech at the opening session of the annual meeting on January 17, 2017. /CGTN Photo
He emphasized the need to adapt to and guide economic globalization, cushion its negative impact, and deliver its benefits to all countries and nations. “We must release its positive impact and rebalance the process of economic globalization,” the president said.
Xi also insisted that protectionism must be countered. “…And say no to protectionism. Pursuing protectionism is just like locking oneself in a dark room. While wind and rain may be kept outside, so are light and air. No one will emerge as a winner in a trade war.”
Xi identified three deep-rooted causes of the sluggish global economy: lack of robust driving forces for global growth, inadequate global economic governance, and uneven global development.
He stressed the need to develop models of dynamic innovation-driven growth, open and win-win cooperation, fair and equitable governance, and a balanced, equitable and inclusive development, so as to walk the world economy out of its predicament. 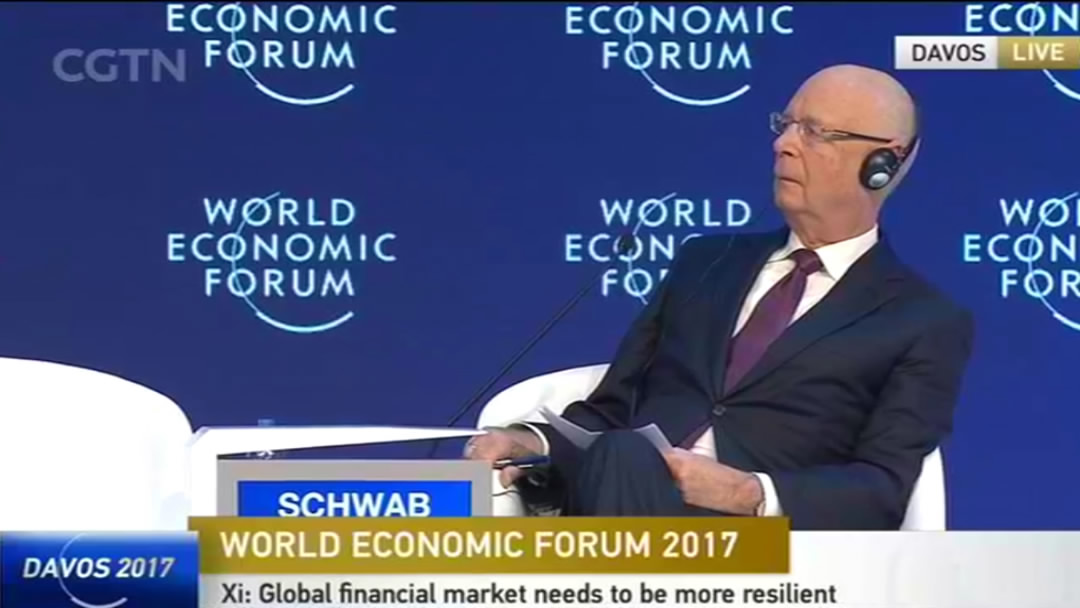 The opening session of the WEF on January 17, 2017 /CGTN Photo
Since the global financial crisis China has contributed 30 percent per year to global growth on average, Xi stated, adding that China has not only benefited from economic globalization but also contributed to it. He went on to say that China has no intention of boosting its competitiveness by devaluing the RMB, and has no interest in launching a currency war.
Xi also elaborated on China’s achievements and development experiences since its reform and opening up by drawing the international community’s attention to China’s economic hotspots and its successes in poverty alleviation. He noted the progress of the Belt and Road Initiative, saying that while the project originates in China it has delivered benefits well beyond its borders.
The president outlined China’s current economic situation, policies and measures. He accepted that China’s economy faces downward pressures, but described them as temporary hardships and said the country remained firm in its resolve to push ahead. He added that China still has enormous potential and space for development, and stressed a desire to foster new drivers of growth through innovation-driven development while revitalizing older growth drivers.
Xi finished the first speech by a Chinese president at Davos by declaring that “no difficulty, however daunting, will stop mankind advancing.” He said the countries of the world must not complain, blame others, lose confidence, or run away from responsibility, but should join hands and rise to the challenges.
Xi has chosen Switzerland as the destination for his first state visit this year. Xi will meet later Tuesday with Klaus Schwab, founder and executive chairman of the WEF. He will also visit offices of the International Olympic Committee, the World Health Organization and the United Nations on Wednesday.
7955km
Copyright © 2017