The Chilean government has announced that it is looking at installing an underwater fiber optic cable across the Pacific Ocean to China.

The project would help Chile bolster its telecommunications network and reduce the cost of international communication, and China is excited about its potential to increase trade, scientific and cultural exchanges between the two countries.

The cable, which would be the first such direct link between Asia and Latin America, is among a number of options being considered right now. According to Xinhua, Chile's Under-Secretariat of Telecommunications and China's National Development and Reform Commission have signed a deal to carry out a feasibility study on various alternatives.

Beginning in the city of Valparaiso, the cable would pass New Zealand, Australia and French Polynesia before ending up in Shanghai, China. 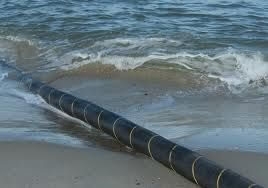 Reuters reported that it would cost around 50 to 650 million US dollars, and stretch some 20,000 kilometers.

Rodrigo Ramirez, Chile's telecoms secretary, told journalists at a press conference on Wednesday that the project shows China views Chile as a bridge to Latin America. "Through here, the largest flow of information and data will be passed," he said.

He continued, "Chile is among the leading countries in Latin America for Internet access with over 26 million connections, and we have the fastest broadband in Latin America, but we need the right infrastructure for what is upcoming," citing the Internet of Things as a key future development.