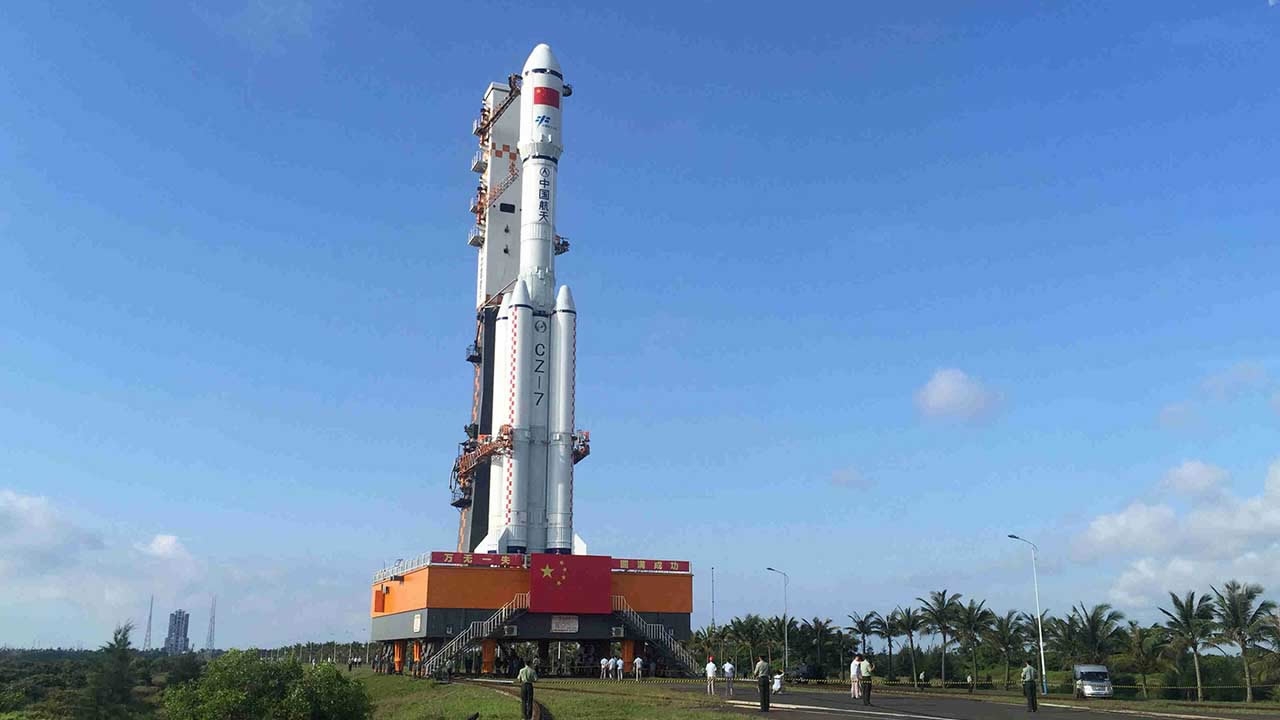 A Long March-7 Y2 carrier rocket was transferred to the launch pad at Wenchang Satellite Launch Center in south China's Hainan Province on Monday morning, ready for the launch of Tianzhou-1.
Tianzhou-1, China’s first space cargo ship, will blast off between April 20-24, to dock with space lab Tiangong-2 to refuel propellant in orbit, deliver supplies and carry out other space experiments.
The vertical transfer of the rocket started at around 7:30 a.m. BJT on Monday morning, and took about two and a half hours to complete. The Long March-7 rocket was transported to Wenchang Satellite Launch Center in February, and has been assembled and undergone various tests prior to Monday's transfer. 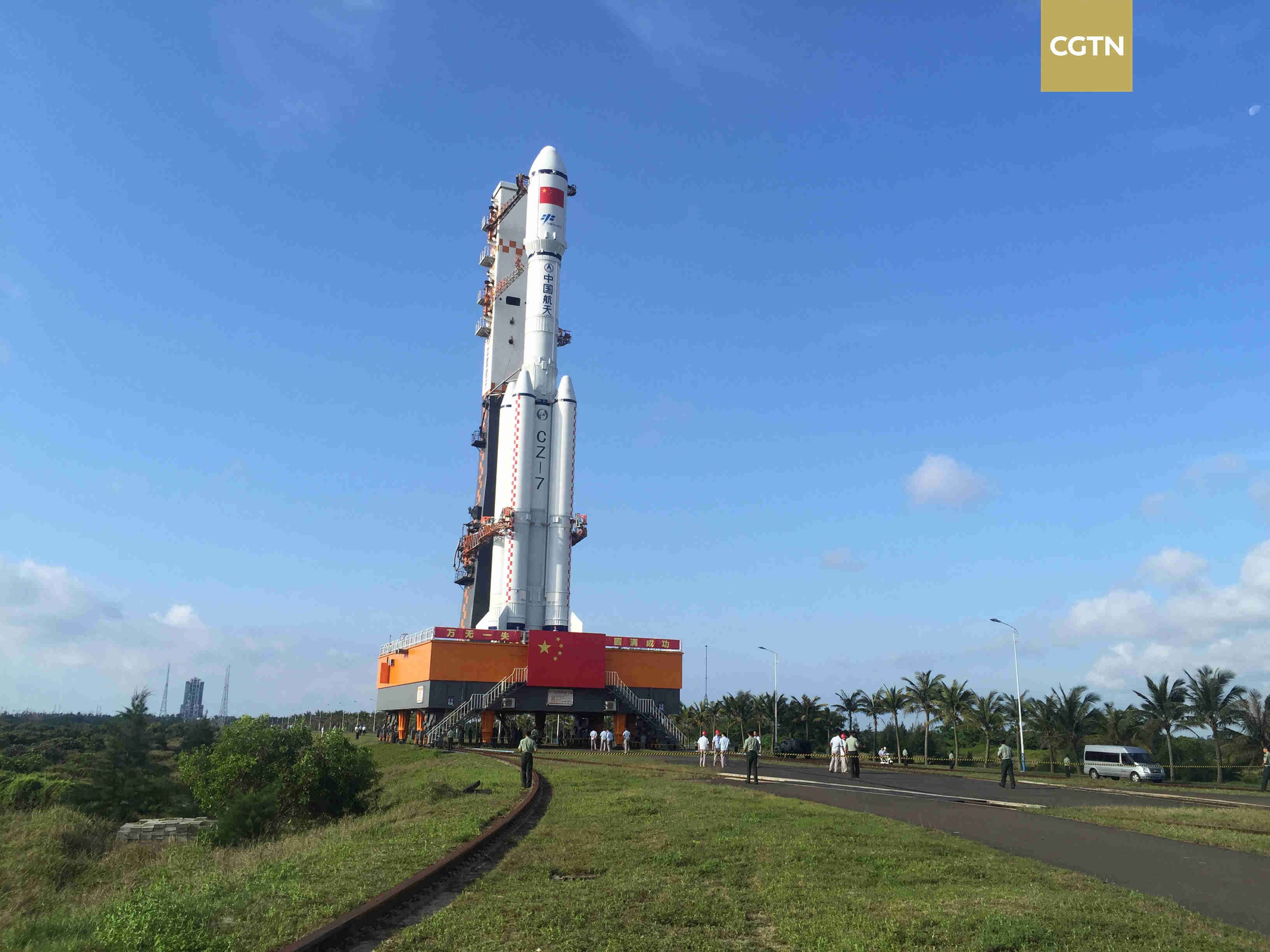 Before the mission, the rocket will be examined and have all of its functions tested, and will be fueled after a final confirmation that it is in a condition to launch.
The completion of the vertical transfer means that Tianzhou-1 is now ready to launch.

During the mission, the space cargo is expected to dock with the orbiting Tiangong-2 for three times to refuel it. Measuring 10.6 meters in length, and 13.5 tons in its takeoff mass, Tianzhou-1 is said to be China’s largest and heaviest spacecraft as of the present. 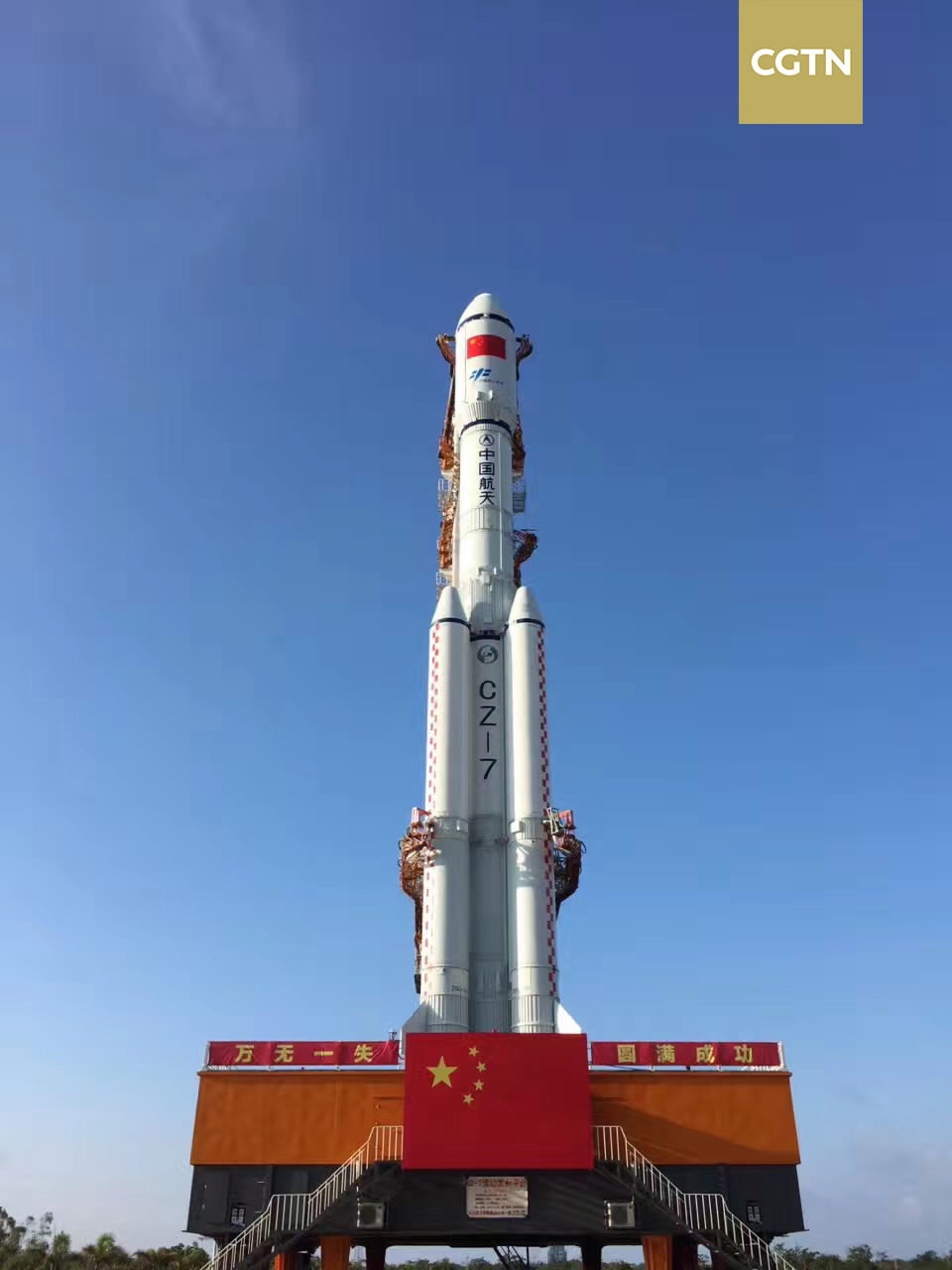 The main objective of Tianzhou-1 mission is to conduct the on-orbit transfer of liquid propellant to Tiangong-2. If succeed, China will be the second country in the world to perform the cutting-edge technology, coming only after Russia.
Tianzhou-1 will make three rendezvous with Tiangong-2 while staying in orbit. After the first dock, the combination of the two will orbit together for two months.
After that task, Tianzhou-1 will separate with Tiangong-2 space lab, and orbit by its own for another three months. Tianzhou-1 will also carry out other experiments and tests during that period of time.
When the mission was completed, the cargo spaceship will leave the orbit and fall back to earth under control, while Tiangong-2 will continue its experiments there.

As a cargo spacecraft, Tianzhou-1 has a large capacity of transportation. It could ship up to 6.5 tons of material into the space, with the payload ratio reaching 0.48, the most efficient in the world for the present. 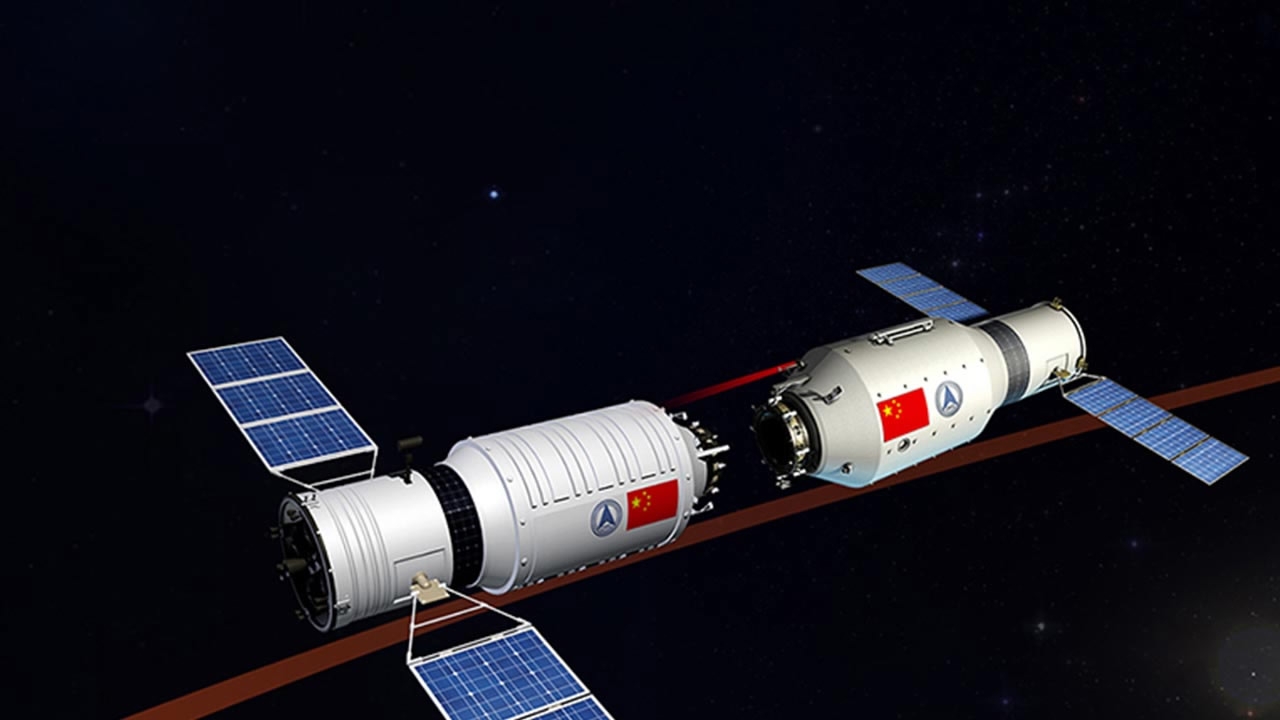 Payload ratio refers to the ratio of the cargo weight to the weight of the spacecraft. A high payload ratio means high carrying capacity of the spacecraft.
According to Bai Mingsheng, chief designer of Tianzhou-1, one of their principle in developing and designing the spacecraft is to “achieve the highest carrying capacity with the lowest structural weight.”
Besides two tons of propellant, Tianzhou-1, the space courier will also carry on board materials needed by the astronauts. In order to test the actually transporting capacity, Tianzhou-1 will carry with it various kinds of cargoes, such as food, water and extravehicular spacesuits, said Bai Mingsheng.
The Tianzhou-1 mission will be the last step of China’s second phase of its manned space program. After that, China is expected to start the final phase of the program – to establish its own space station around 2022.‍
2323km