By Wang Dong
Presidents of the world’s two largest economies - China and the US - have met for the first time since Donald Trump took office earlier this year. The relationship between the two countries has immense repercussions not only for their own people, but for other economies all around the world, as well as  influencing the continued success and growth of globalization. 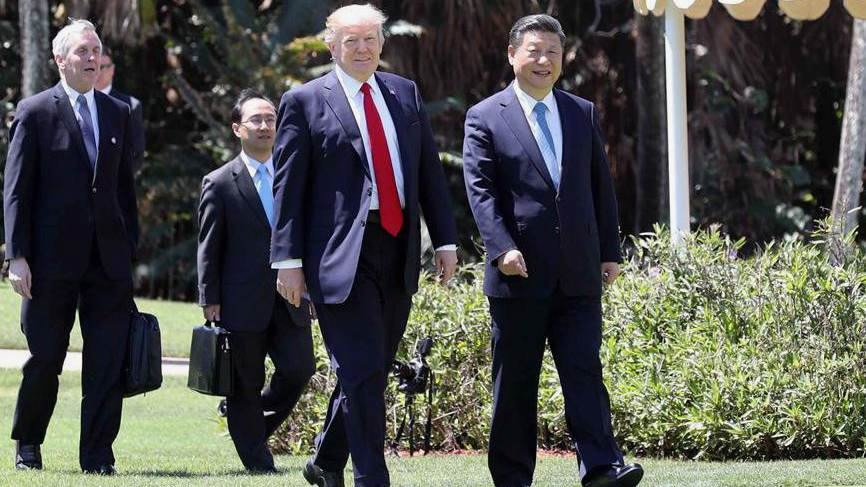 Chinese President Xi Jinping and his US counterpart Donald Trump at the Mar-a-Lago resort in Florida, the United States, April 7, 2017 /Xinhua Photo
Nearly half the US trade deficit is with China, and this week in an interview with the Financial Times President Trump said the US "cannot continue to trade if we are going to have an unfair deal like we have right now". Talking on CGTN's Dialogue program, Victor Gao Zhikai, director of China National Association for International Studies, seemed to echo some of Trump's concerns when he said the imbalance of bilateral trade between China and the US is not sustainable.
00:02
00:15
00:17
“There is a huge trade imbalance between China and the United States. And China has a huge surplus and the United States has a huge deficit. And this is not sustainable. Therefore, I think, it is right that China and the United States need to do something to achieve balanced trade between them. ”
In the Financial Times' interview Donald Trump also accused China of manipulating its currency, a charge he has articulated numerous times. The idea however was labelled "ridiculous" by Einar Tangen, author and columnist, also speaking on Dialogue.
00:13
00:13
00:13
“The fact is, China spends one trillion of its reserves not trying to push its currency down, but trying to keep it up. So it’s absolutely ridiculous for Trump to say that China is manipulating the rates.”
Copyright © 2017