The father of the young Syrian boy, who captured the world's attention last August when images of him sitting in an ambulance after an airstrike were widely circulated across the Internet, exposed the truth about how the "white helmets" had used his son and lied to the world in an exclusive interview with CCTV reporter Xu Dezhi in the Syrian city of Aleppo.

When his blood-and dust-covered face made the pain of war more tangible, the four-year-old boy, Omran Daqneesh, became a symbol of civilian suffering in the city of Aleppo last year. Yet a young boy is not supposed to know what war feels like, and his father certainly did not want the distressing media attention or infamy.

Eight months later, Omran and his family sat down with CGTN, only this time the boy's cheeks were pudgier and his face cleaner. 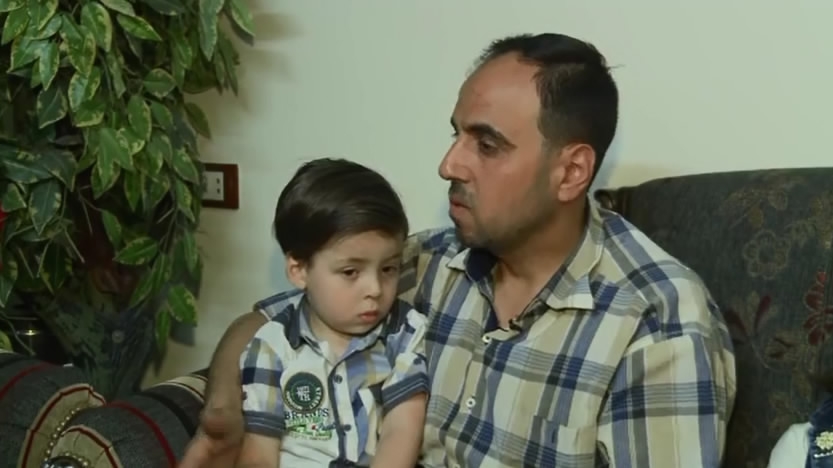 "He only sustained minor injuries. I was injured as well, and it was my blood on his head," explained Daqneesh. "I refused to cooperate with them (Syrian opposition), then they said Omran died via their media. They are not to be trusted.”

The father said that he was urged to succumb to the narrative that the Syrian government was responsible for bombing his neighborhood, and some journalists even offered him 10,000 US dollars to decry President Bashar al-Assad, which he refused.

While reviewing the footage from last August, you may find the two White Helmets' actions disturbingly abnormal. The Syrian Civil Defense is a self-appointed, all Syrian, volunteer force of rescue workers who call themselves the White Helmets.

In the footage, a man in a yellow vest placed Omran on an orange seat. Orman sat there making no sound barely blinked, and the man in the yellow vest bent down to get a walkie-talkie and disappeared, then another man with a camera started to film Omran. 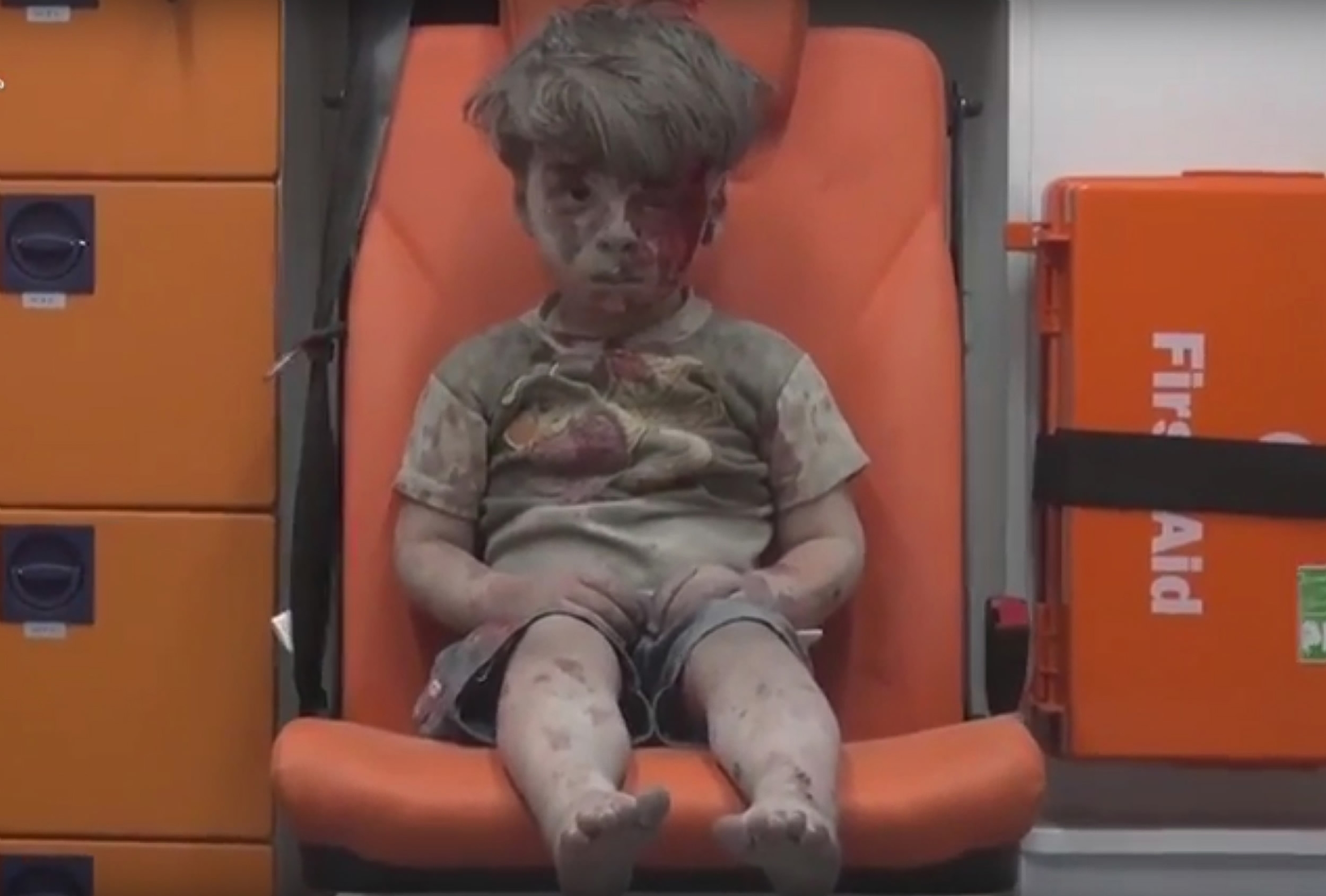 A boy sits in shock, bloodied in the back of an ambulance after surviving an airstrike in Aleppo, Syria on August 17, 2016. /VCG Photo

Meanwhile, Daqneesh said he feared for his son's safety after the first images spread across the Internet. He even changed Omran's name and haircut to hide the boy from media attention and the rebel forces.

It wasn't until the Syrian government took full control of Aleppo that he felt safe again and decided to tell the truth.

"Because I remained silent, reluctant to slander the Assad government, I had received numerous death threats," said Daqneesh.

Even so, the father insisted on staying in the city, turning down invitations of multiple international organizations to come to their country and settle down.

"We had lived a beautiful life here, and it is wrong to leave during crisis." stressed the father.

'Son of peace in Syria'

Now, Daqneesh has returned to his former business, running a machine mill.

He expressed that his family's living standards have greatly improved since the Syrian government took full control of the city, and Omran would start school next year.

"They all call him (Omran) the son of war, but I hope he will become the son of peace in Syria one day."

Should Omran be the symbol of anything, let him be the symbol of not just what war looks like, but the urge for war to end. While it is impossible to ignore the miserable situation in Syrian, it is equally so to turn a blind eye to Western complicity.