Was respected bookstore the latest victim of Beijing’s crackdown on illegal construction?
SOCIAL
By Li Jing

Today is World Book Day, but there is little cause for celebration for one Beijing bookstore. The bookstore located on Mao'er Hutong. /Beijing News Photo
Pudaocaotang has received writers, artists and visitors from the world during its nine years in business, but the owner says authorities have ordered him to close following a crackdown on illegal construction. 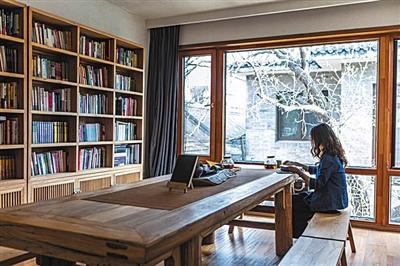 Inside the bookstore/ Beijing News Photo
The bookstore is just off Nanluoguxiang, an historic residential street redeveloped into a tourist hub crammed with cafes and boutiques. Concerned for residents’ way of life and preservation of the street’s original architecture, local authorities have recently been at pains to regulate businesses on the street, including any adjustments they have made to the premises. A particular focus has been commercial establishments converted from first-floor residences.
According to Beijing News, Pudaocaotang’s front door was illegally sited in a section of wall such that it weakened the building and caused safety issues. 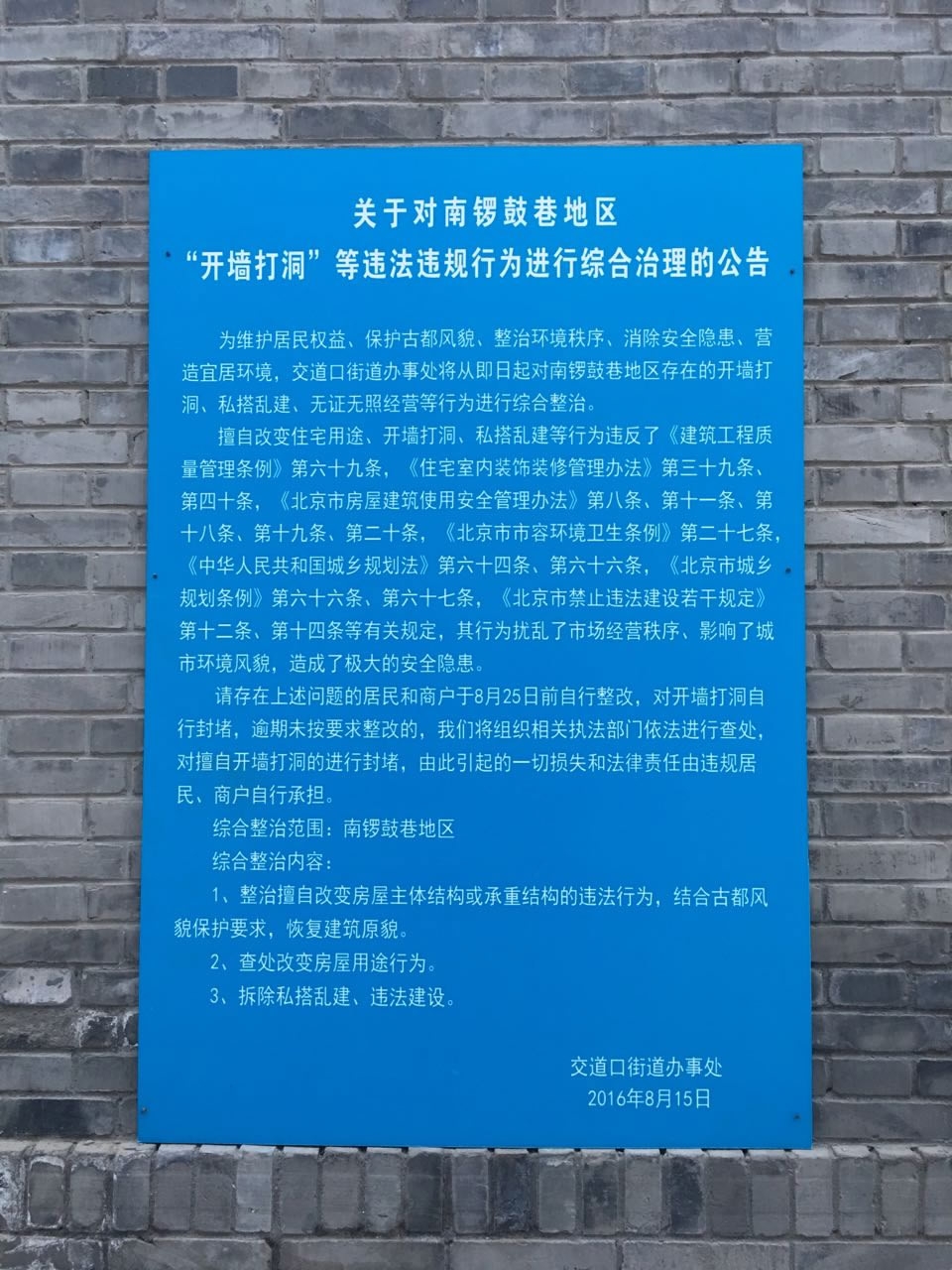 A notice about the crackdown on Nanluoguxiang. /CGTN Photo
The store occupies less than 20 square meters. It not only sells books but has hosted author talks and salons. Many literature lovers are disappointed at the loss of such a book nook.
“I guess they are not going to open it again. People are less interested in going to bookstores these days, and it is not easy to find one with good taste,” said one visitor taking photos outside Pudaocaotang on Saturday.
Li Yong, from Chengdu in southwest China, put the bookstore on the itinerary for a Beijing visit. “It is quiet and comfortable, a nice place for reading. It is a pity to close it down,” Li said. 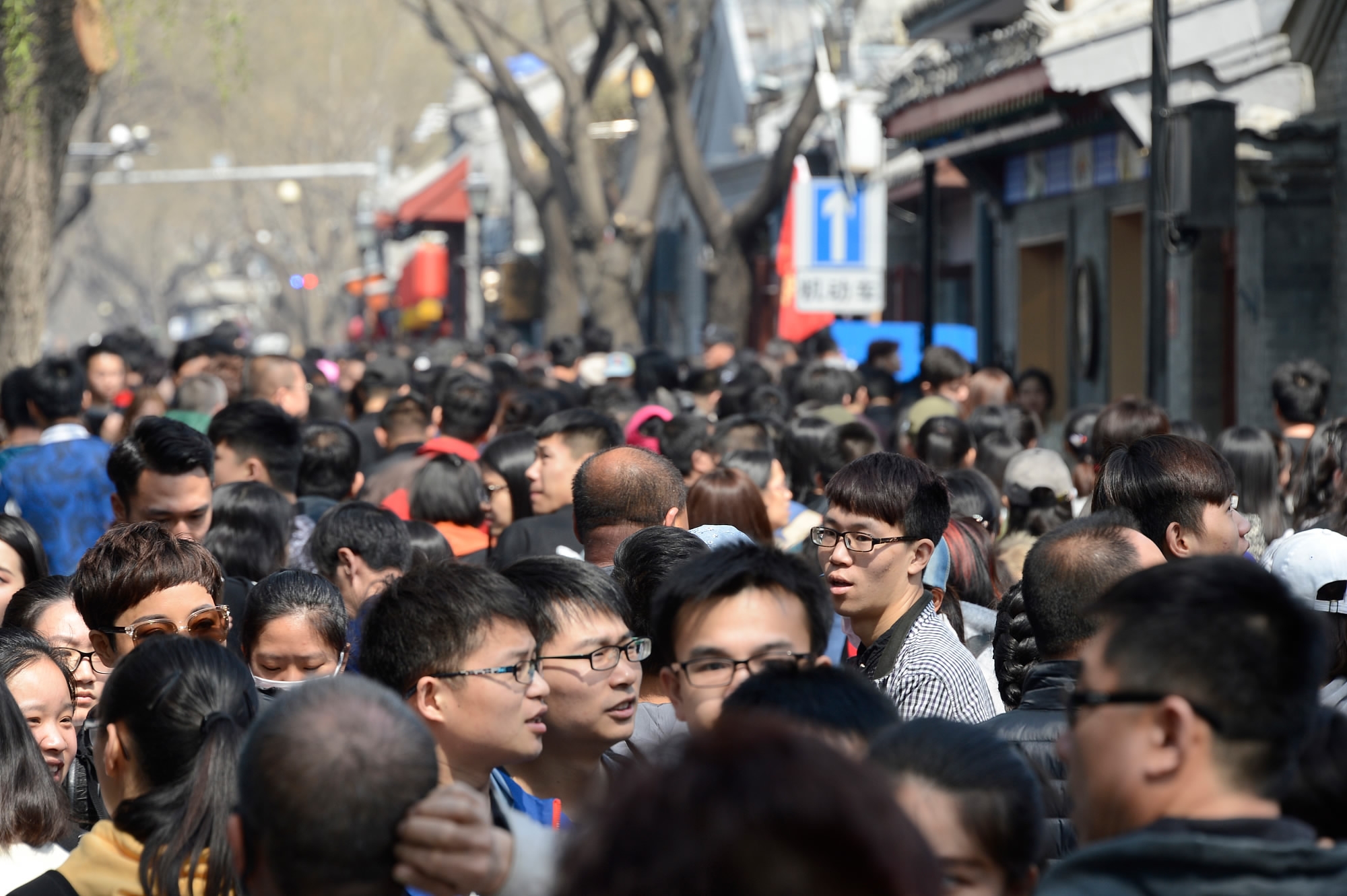 The overwhelmed Nanluoguxiang /CFP Photo
A man living near Pudaocaotang who gave his name as Mr. Chen said all buildings in the neighborhood used to be residential but that many of their walls were converted into shop fronts when Nanluoguxiang started to become busy. “Traffic has become a big headache for the 200 residents here because there are so many tourists. We often have to take a detour for our daily commute,” he complained. 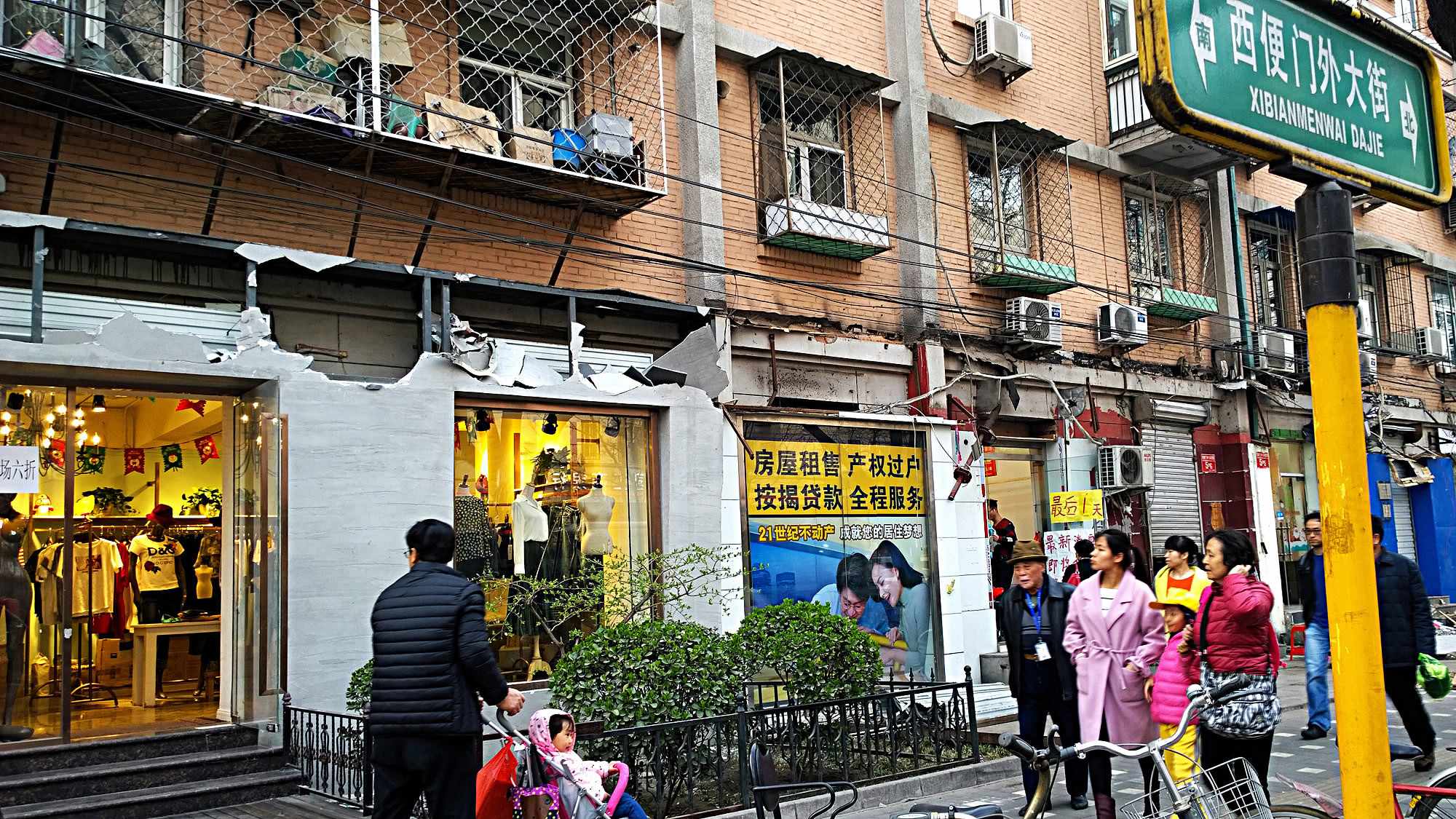 The first floors of many Beijing residential buildings have been illegally converted for commercial use. /CFP Photo
The bookstore is not the only target along the street, as a total of 54 residences and stores have been ordered to undergo facelifts. Similar crackdowns are reportedly taking place in other parts of Beijing.
Earlier this year, the 800-meter-long Nanluoguxiang reopened after a two-month renovation. Around the same time, tourist groups were barred from the street to ease overcrowding.
Copyright © 2017