By CGTN’s Wang Tongxuan
The Asian Infrastructure Investment Bank (AIIB) is celebrating its first year in operation. The first multilateral financial institution to be set up in the 21st century, its establishment has been described as the most dramatic recent shift in the development investment landscape. Yet its growth and significance have mostly stayed under the radar of Western media.
An estimated 90 trillion US dollars are needed to meet Asia’s infrastructure requirements by 2030. Infrastructure building means huge financial backing and long-term profit return. As such, it is rarely the first choice for business investment. This is where the AIIB comes in.
“The official establishment and opening of the AIIB will effectively boost infrastructure investment in Asia,” China’s President Xi Jinping said at the bank’s inaugural meeting in Beijing on January 16, 2016. 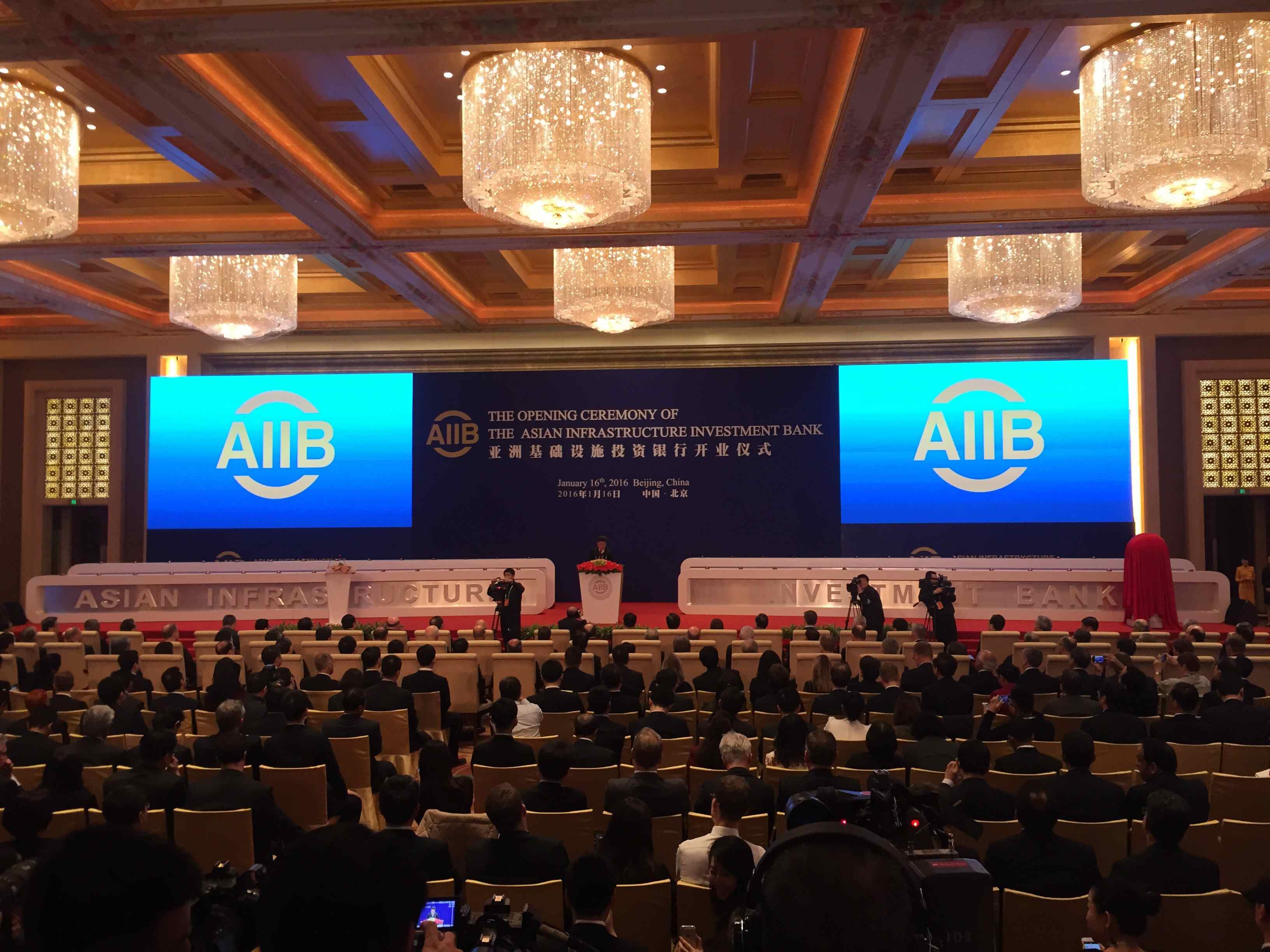 AIIB inaugural meeting. /Wang Tongxuan
Beyond that, the bank also wants to focus on the development of other productive sectors in Asia, including energy and power, transportation and telecommunication, and rural and agriculture development.
Amid concerns that it could be a rival to other leading multilateral development banks, the AIIB has sought partnerships with key institutions including the World Bank, Asian Development Bank (ADB) and the European Bank for Reconstruction and Development (EBRD).
Six months after its launch, the AIIB’s first loans for four infrastructure projects, worth 509 million US dollars, were released. Three of them were co-financed with the bank’s partners. Without cooperation, it would be impossible for the bank to achieve its targeted lending, AIIB President Jin Liqun noted. 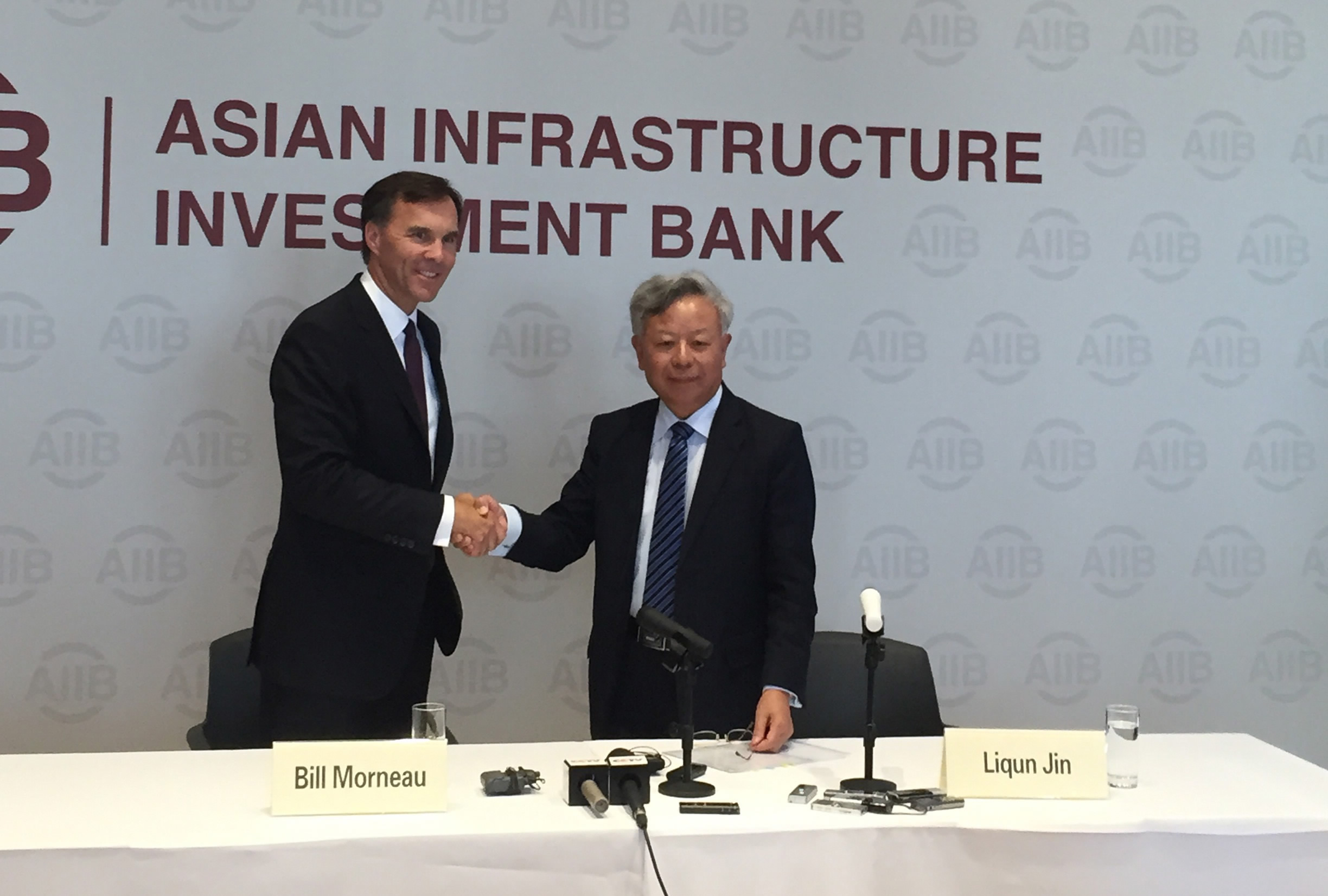 Canada's Finance Minister Bill Morneau with AIIB President Jin Liqun. /Wang Tongxuan
In total, the AIIB approved loans worth 1.73 billion US dollars to nine projects in 2016, spanning the energy, urban development and transport sectors - in Pakistan, Oman, Bangladesh, Indonesia, Tajikistan, Myanmar and Azerbaijan.
As the AIIB moves into its second year, its investments, membership and influence are set to expand quickly. In 2017, the bank aims to lend 2.5 billion US dollars for 10-15 projects. Its membership is expected to increase from its founding 57 to 90 by the middle of the year. China, India and Russia top the shareholder list at the moment and their shares will be diluted with new entries. The bank is also considering issuing bonds to better mobilize private capital funding for its development. 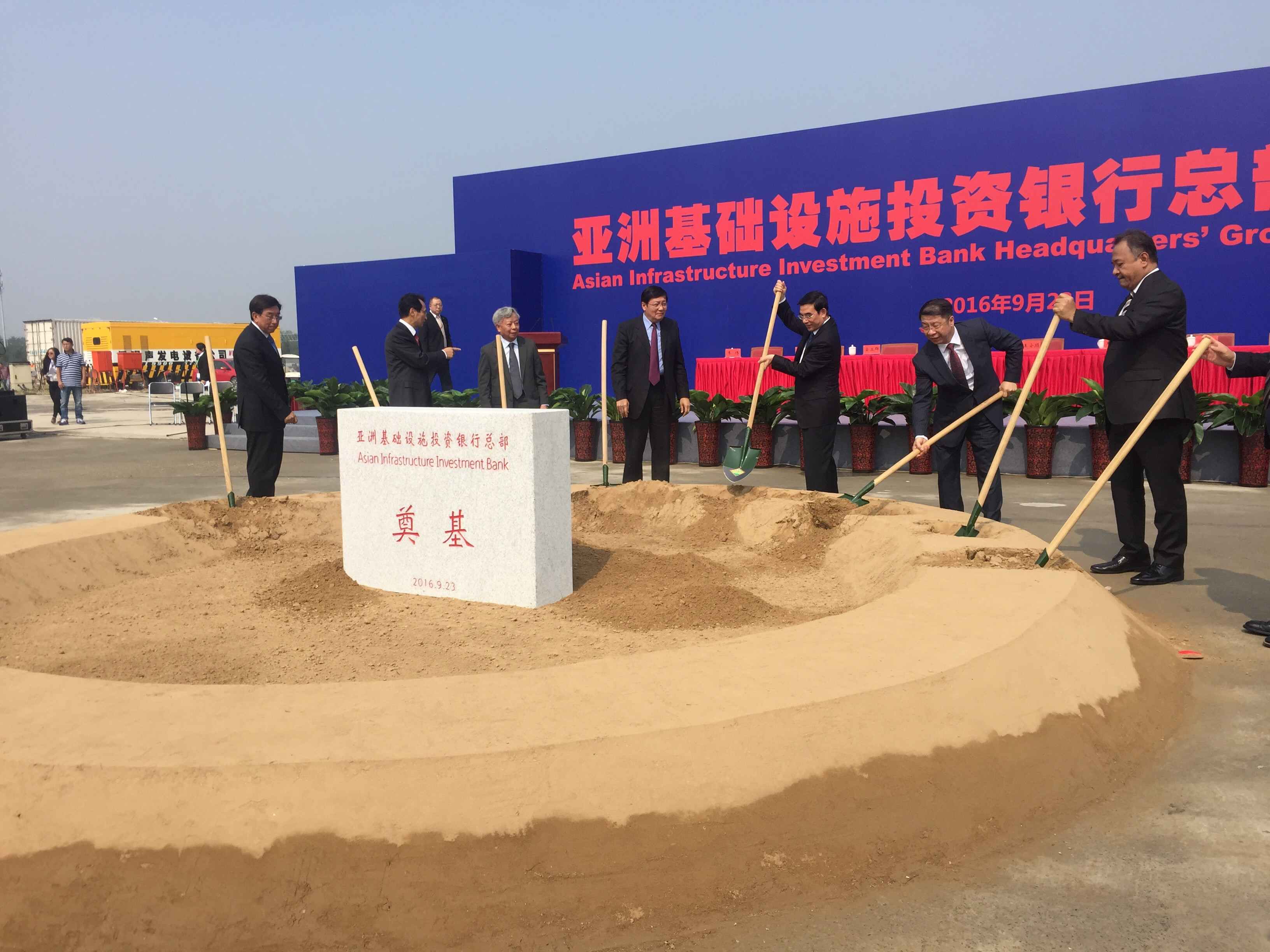 AIIB headquarters' ground-breaking ceremony. /Wang Tongxuan
In September, a ground-breaking ceremony was held for the bank’s permanent headquarters in Beijing, which will be located near the Olympic Park.
Through investing in sustainable infrastructure, the AIIB wants to promote prosperity and peace by facilitating broad-based economic social development, Jin said.
Copyright © 2017