For better or for worse: 45 years since the historic Shanghai Communique
SOCIAL
By Jin Zixiong

The Jinjiang Hotel in Shanghai, where China and the US jointly published the Shanghai Communique on February 28, 1972. / CGTN
As one of China’s earliest international metropolis, Shanghai was hailed for its openness. It was one of the first cities to have an American community. “We have seen more and more Americans employed by either multinational or Chinese companies to work in Shanghai, and also more and more Americans they are married to Chinese citizens and they now live in Shanghai,” said Wu Xinbo, director of the Center of American Studies in Fudan University.
David and Jing Nealis, who have been married for over 10 years, exemplify this relationship. 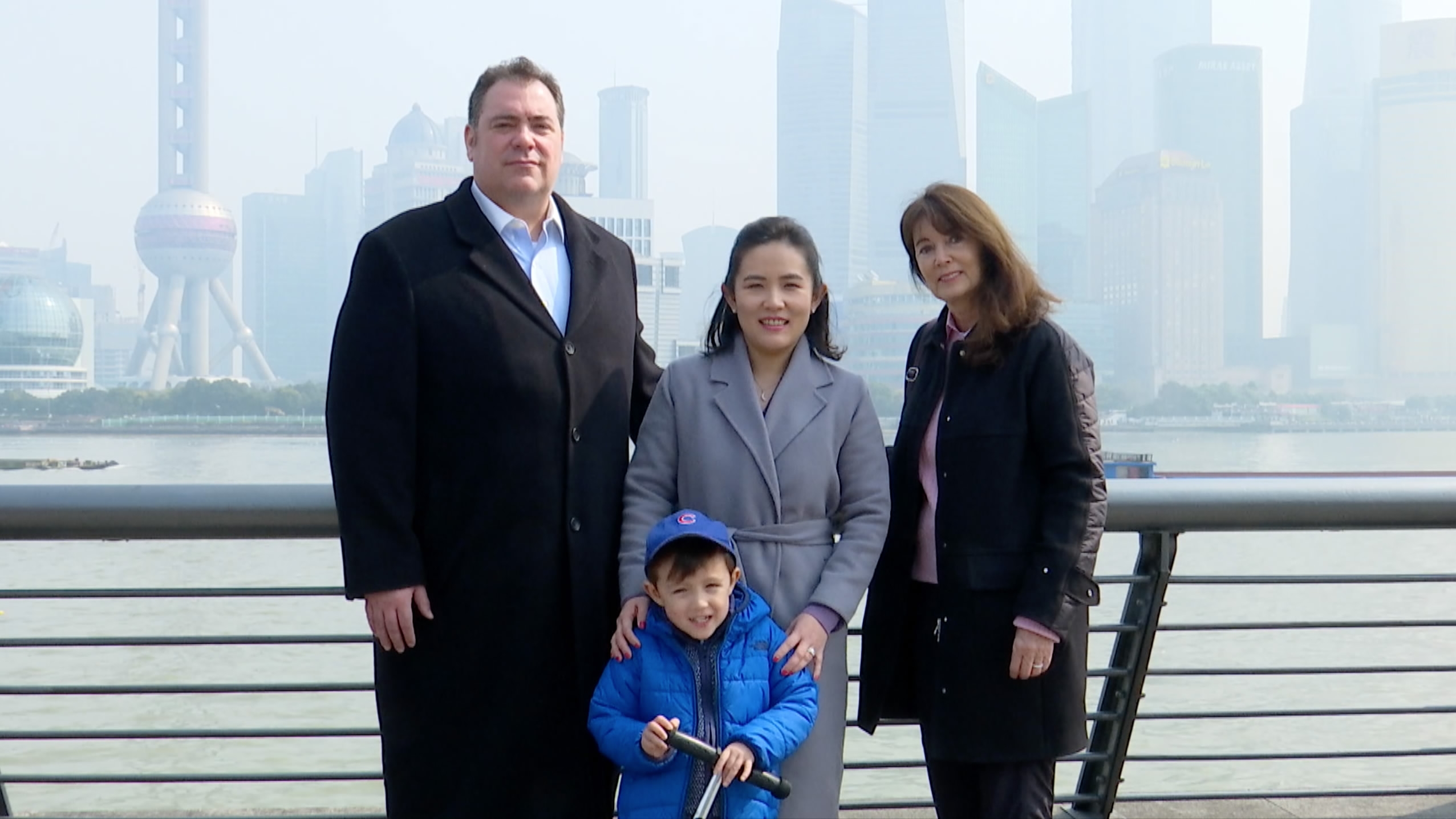 The Nealis family. Their son David Jr., born and raised in Shanghai, is naturally bilingual / CGTN
David is a global capital markets trader, part of a wave of US financial professionals that are more and more engaged in the Chinese market. He hopes to bear witness to a more open and globalized capital market in China. “I hope I’ve contributed to some of the growth here in educating people who are really great at the local market, but international market a little new. I look forward to the market opening up here someday for international traders to come in. I think that will be very exciting," he said.
And 45 years after the Shanghai Communique, China and the US have become more economically intertwined. But tensions do occur, especially in terms of trade in recent months. Jing feels it first hand, as she works for a solar energy company.“Unfortunately my industry is already in a trade tension. The US already has anti-dumping (tariffs) against China," Jing said.
Chinese solar panel exports to the US dropped some 30 percent in 2016 because of anti-dumping tariffs. So how do they approach talking about these topics at home?
David said: "It definitely takes some diplomacy sometimes. But both of us understand both sides of the situation. My wife lived in the US for 10 years, I’ve lived here for eight, I think we are able to look at both sides and find a common ground.”
That sentiment reflects what many officials and experts in both countries are advocating, which is that beyond all the finger-pointing, China and the US are too interdependent to go against one another in the 21st century. “The two countries are married, just like we are. When the United States and China realize that we are in a relationship together and we really need to work together to be successful. I think we are going to get along a lot better," David said.
Copyright © 2017