By CGTN’s Ding Dai‍
The Asian Infrastructure Investment Bank (AIIB) is an active partner of the Belt and Road Initiative and shares the same principles of creating mutual benefits and development.
Just before the two-day Belt and Road Forum for International Cooperation in Beijing on Sunday, the AIIB approved seven new applicants to join the bank, bringing its total membership to 77. 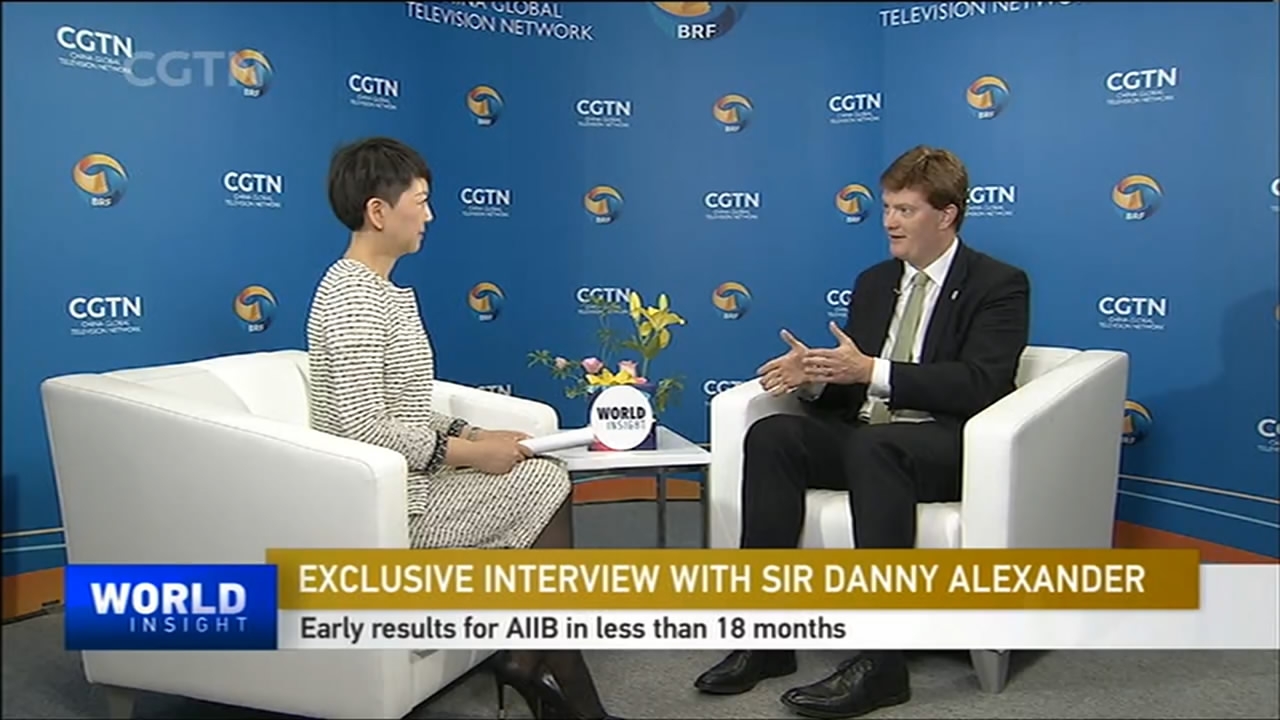 Sir Danny Alexander believes the UK has many great companies to help mobilize finance. /CGTN Photo
CGTN’s Tian Wei sat down with Sir Danny Alexander, vice president of AIIB, to talk about their diversified group and work.
“We have a very good international team, a very high quality team of people,” he noted. Their job is to make sure AIIB delivers on all the instructions given by all of its members, which is to invest in infrastructure but do so in a way that is environmentally sustainable, socially acceptable and economically beneficial, he added.
As a former UK member of parliament, who served as Chief Secretary to the Treasury from 2010 -2015, Alexander also explained how Britain could work with the Belt & Road Initiative.
“It’s been put forward in this conference that countries in Europe, countries in Asia must become better connected. And that isn’t just about what goes on in China,” he said.
Alexander added he believes the UK will have many great companies to help mobilize finance. "There is a big role for the UK in mobilizing for projects across the region," he said.
Copyright © 2017