The symbolism behind trees: what do they mean to you?
CULTURE
By Li Yezi

CFP Photo
Ever wondered why Harry Potter can battle against Voldemort with a wand made of holly? Or why the yew tree is so often connected to eternal life? From east to west, humans through the ages have embedded their understandings and aspirations into trees.
In China, Arbor Day falls on March 12. Citizens collectively involve themselves in tree seedling, cultivation and tending. Many also choose to plant a tree today. So after tending to the sapling, let’s review the symbolic meanings behind trees.
Trees are used to represent life and growth in mythologies, legends and novels. Trees are considered representative of life, wisdom, power and prosperity. Philosophers regard trees as observers witnessing the evolution of humans and the planet around them.

TREES OF DIVINE AND FAITH 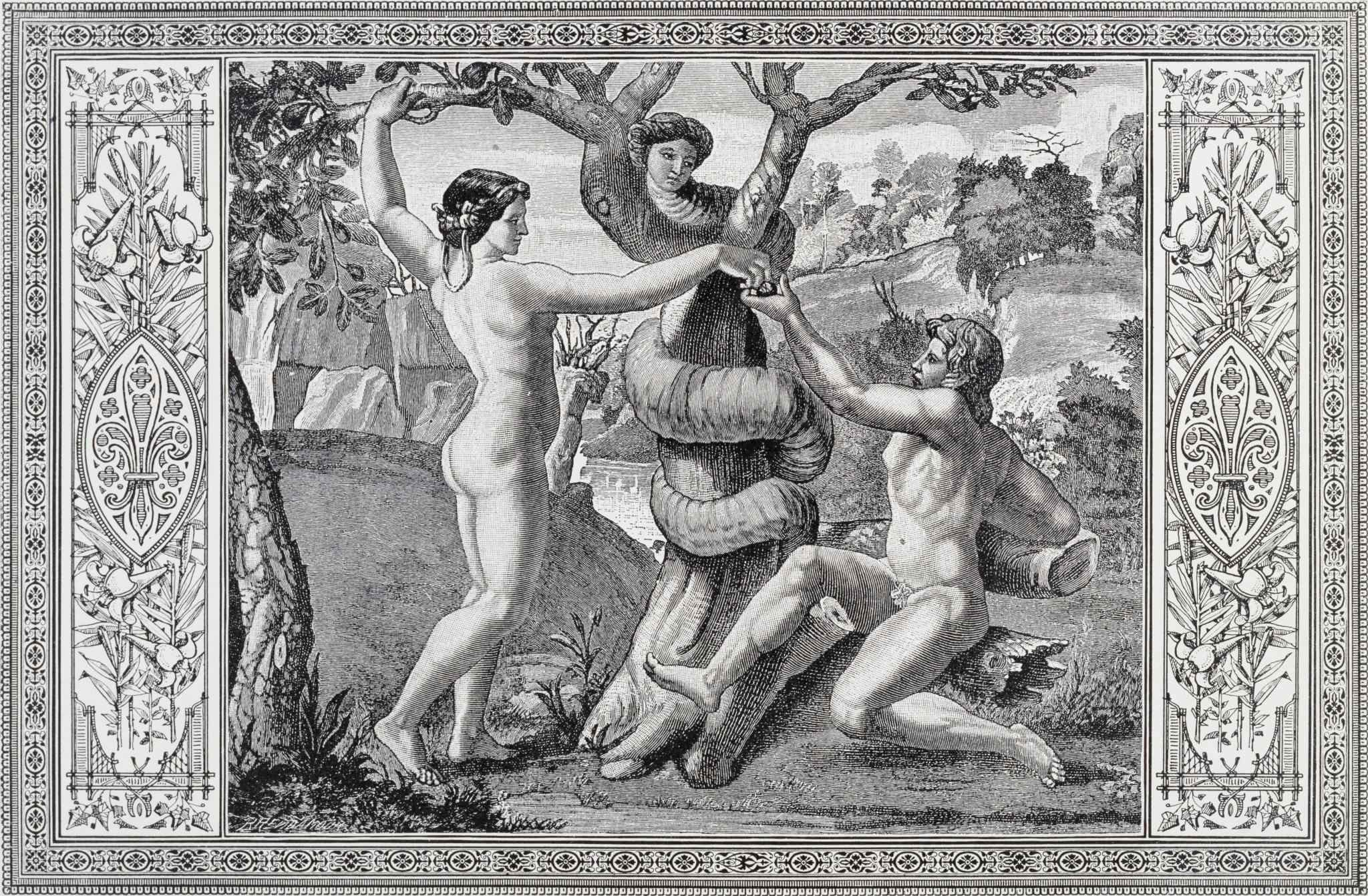 CFP Photo
Trees are often mythologized as fundamental elements that fuel life and existence. The Tree of Knowledge in the Garden of Eden in the Bible, representing wisdom and sinfully delicious temptation, is often the very first tree of symbolic meaning to enter human consciousness. 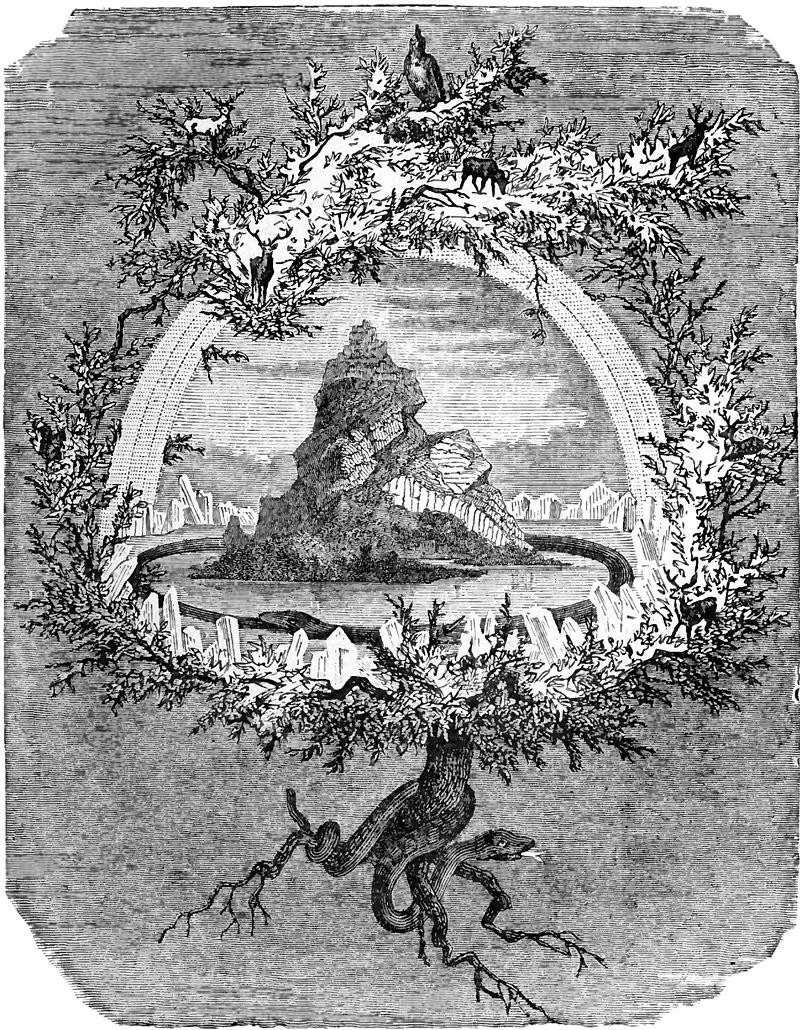 The Ash Yggdrasil 1886 by Friedrich Wilhelm Heine. /CFP Photo
In Norse mythology the cosmology of the nine worlds centers around a tree named Yggdrasil. Yggdrasil is a Fraxinus that reaches high above the clouds with roots that delve deep into divine realms. Gods in charge of all facets of life inhabit the worlds attached to Yggdrasil. At a certain point the divine Fraxinus in Norse mythology becomes almost equally important to time. 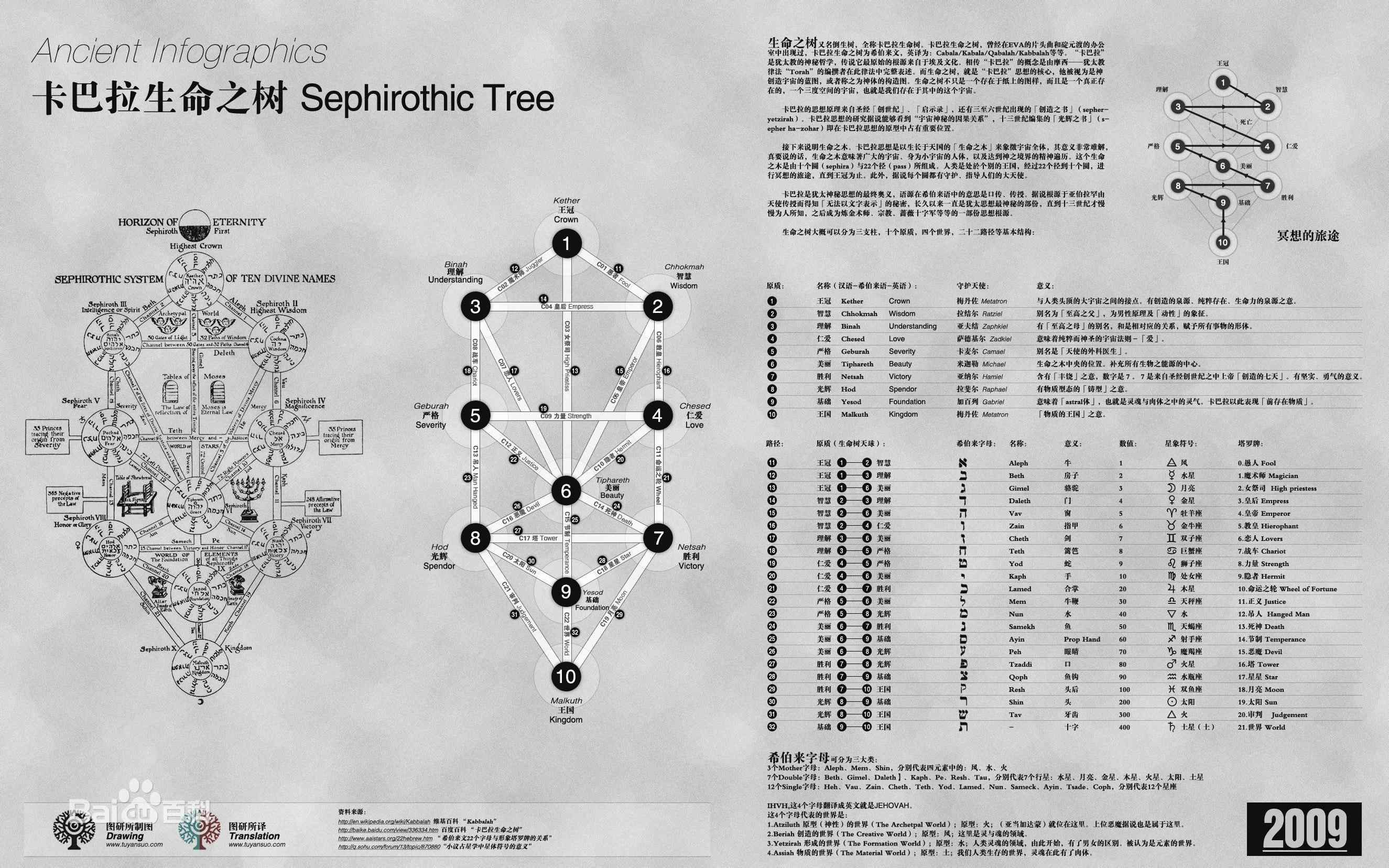 Designed by Tuyansuo via Baidu
Kabbalah, an esoteric discipline that originated in Judaism, adopts the other tree, the Tree of Life, in the Garden of Eden – rooted next to the Tree of Knowledge of good and evil. The Tree of Life (Etz Chayim in Hebrew) represents the methodology and philosophy of God’s creation from nowhere and all other existence. The Tree of Life has now been simplified into a totem, but many art works, like the movie “The Tree of Life”, adopt a phoenix tree to illustrate the concept.
The tree image appears regularly in religious systems, including Hinduism and the ancient Egyptian culture. The relatively high status which trees enjoy in mythology means they are usually worshiped as symbols of control that have power over life.

TREES OF RELATIONSHIP AND EMOTIONAL ATTACHMENT 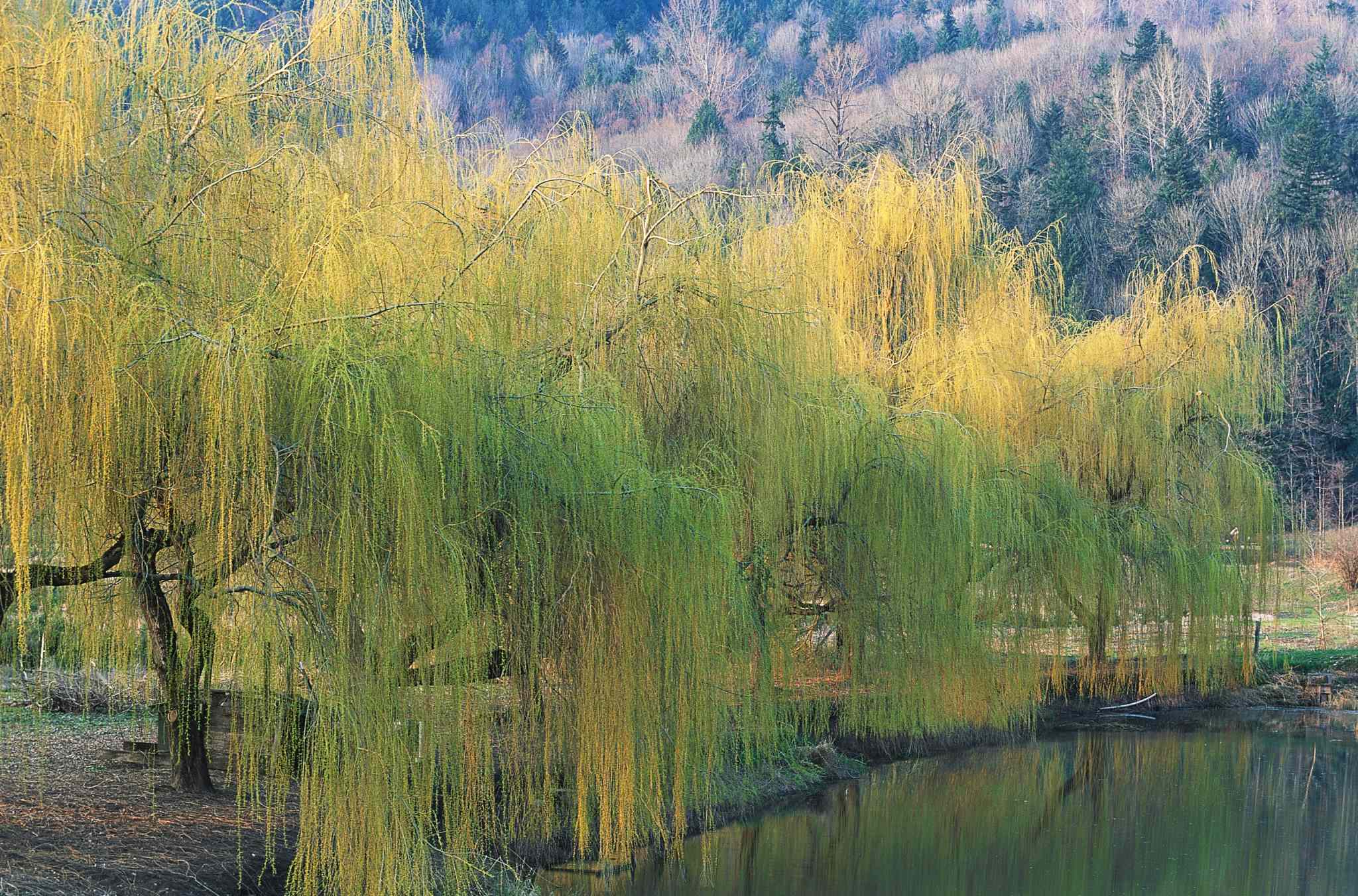 CFP Photo
Ancient Chinese regularly adopted trees into their poems and literature. Willow was the most used in poems from the Tang and Yuan dynasties, and also tops in verses from Tang, Song, Yuan and Ming, according to Chinese academic Pan Fujun. Willow in Mandarin sounds the same as “to stay”, hence poets use a wave of willow twigs to depict saying farewell to their friends. 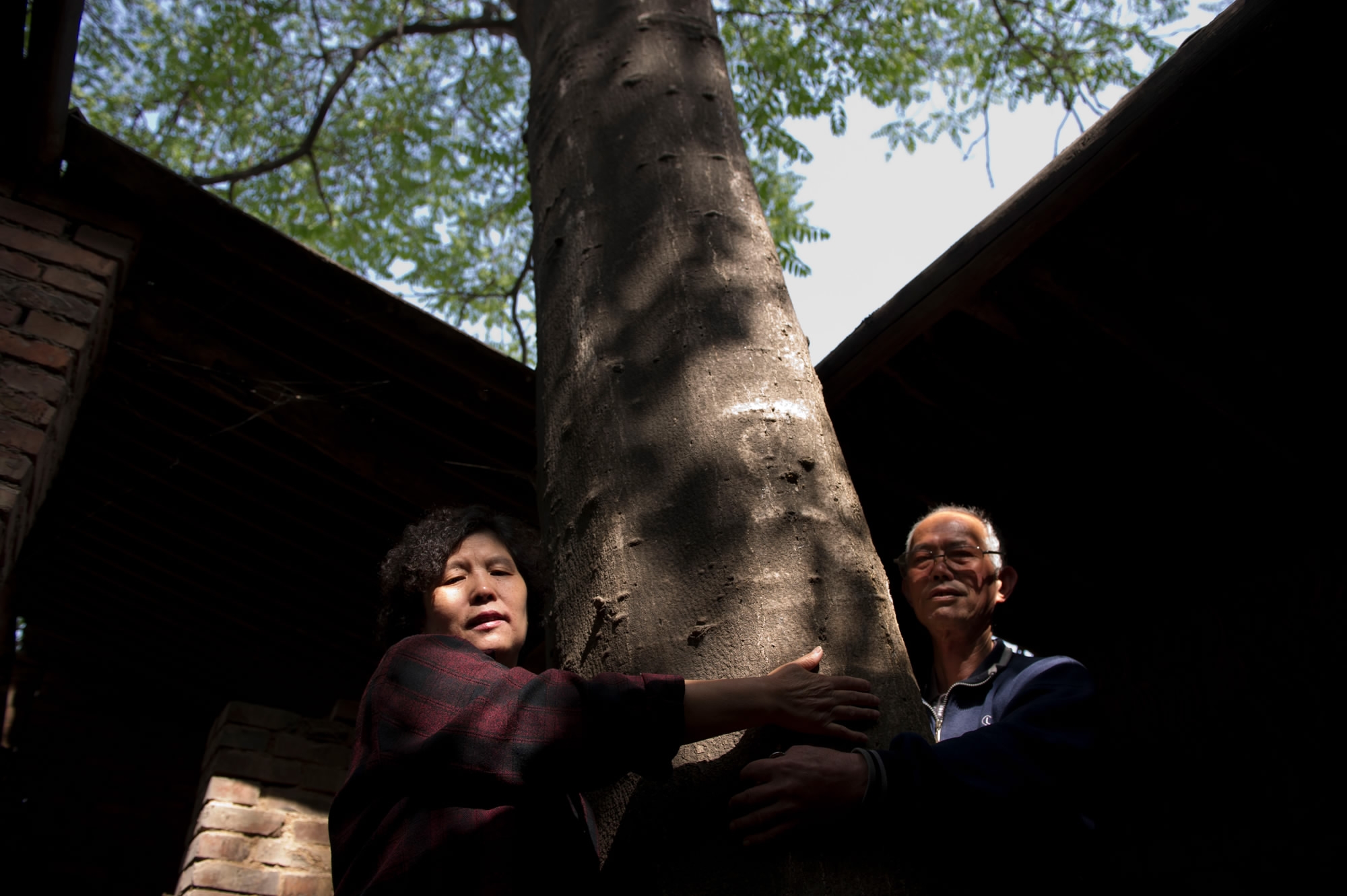 CFP Photo
Did you know some trees represent the male relationships in your life? In China, fatherhood is represented by Chinese Toon, or Chun(椿), which is an image in “Enjoyment in Untroubled Ease(逍遥游)” that enjoys a great lifespan with its “spring was 8,000 years, and its autumn the same.” In Western culture, the father is represented by an oak tree, which is also the symbol of strong moral fiber, integrity, honesty and unbending scruples. The Chinese Redbud is adopted in many works of literature as representative of brotherhood. 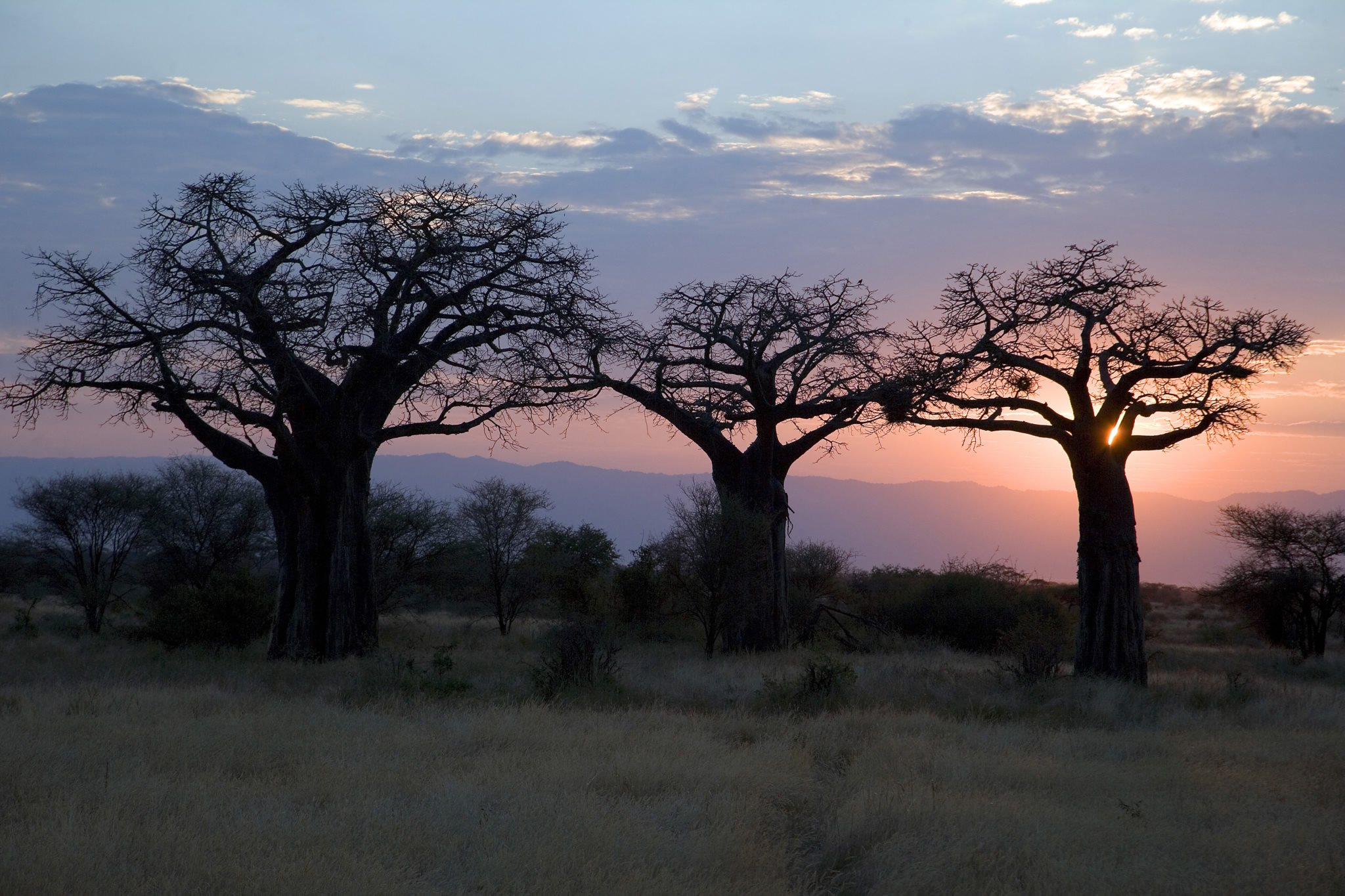 CFP Photo
Not all tree images are positive in literature. In old Chinese poems, pine and cypress trees often indicated sadness and death. Do you remember the Baobab tree in Antoine de Saint-Exupéry’s “The Little Prince?" The fearsome image it represents, when posing a constant threat to the rose that the prince adores, suggests the evil Baobab trees symbolize Nazism.
But back to the start. The wand Harry Potter used to fight against Voldemort was made of holly, which symbolizes protection, overcoming anger and the celebration of the winter solstice. Yew, however, represents enormous lifespan, which came to signify immortality.

CFP Photo
We have so much to learn about trees, their habitats and their suitable environments. And it is even more fascinating to understand their characters. Human civilization endows more meaning into this strong, beautiful biont as it progresses.
Next time you plant a tree, remember to dig deeper and learn more about the sapling you are tending. You can even pick a tree that matches your wishes the most!
Copyright © 2017