China's first national red alert for fog, the highest-level, was issued on Tuesday. It is set to remain in place until Wednesday evening. The alert, issued by the National Meteorological Center (NMC), warned of heavy fog in vast areas of northern and eastern China. The fog is forecast to limit visibility to only 50 meters in some areas. 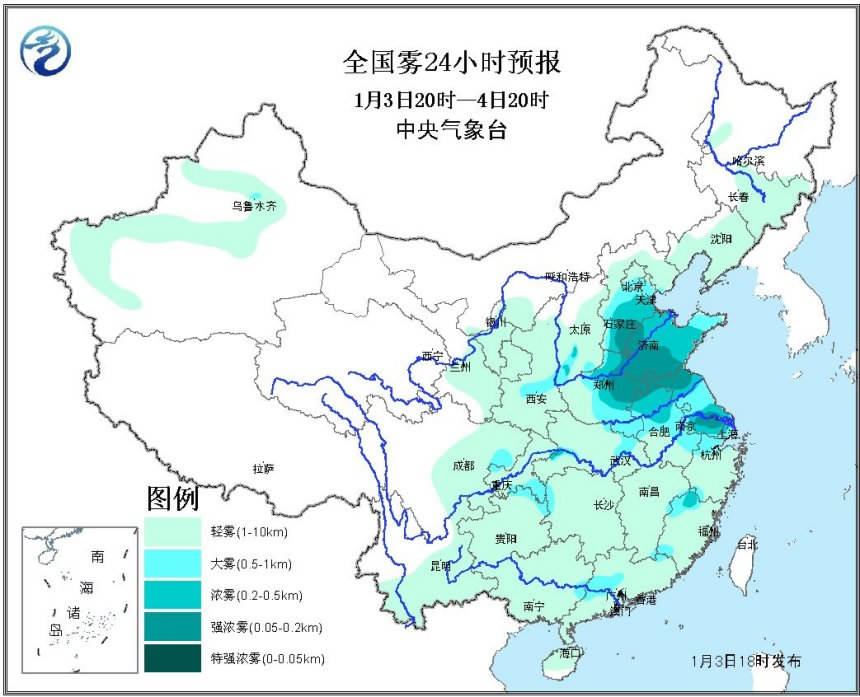 Map of fog forecast for Wednesday. /NMC
The NMC said drivers in affected regions should slow down to safe speeds, while airports, freeways and ports should take precautionary safety measures.
An orange alert for smog in roughly the same areas was also renewed. 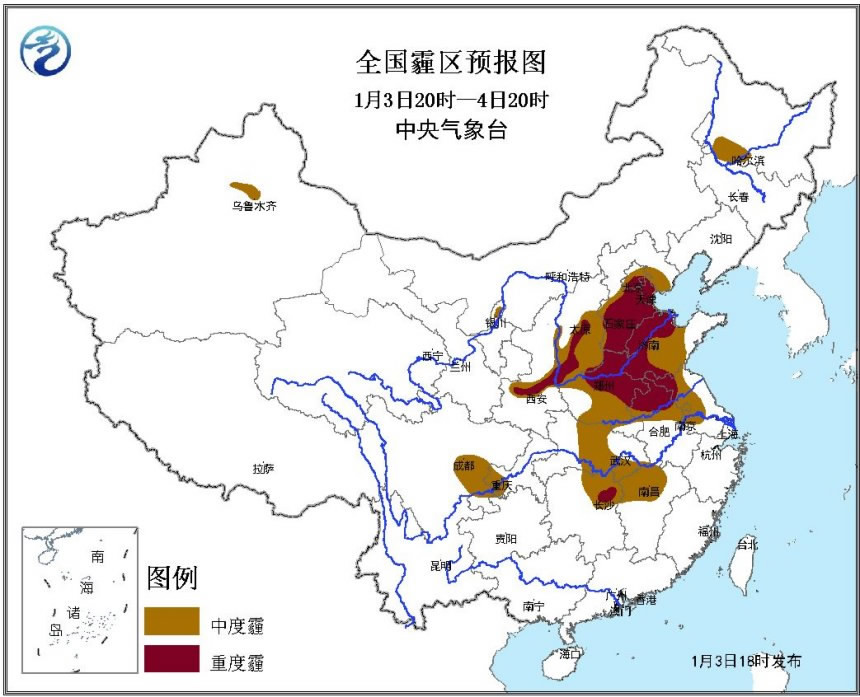 Map of smog forecast for Wednesday. /NMC
China has a four-tier color-coded warning system for severe weather, with red being the most serious, followed by orange, yellow and blue.
FOG OR SMOG?
Air quality in China, especially in northern China, has been hampered by serious smog for years. But fog and smog are two meteorological terms that should not be mixed up. The word "smog" was coined in the early 20th century as a portmanteau of the words smoke and fog to refer to smoky fog. So smog is only one kind of fog. 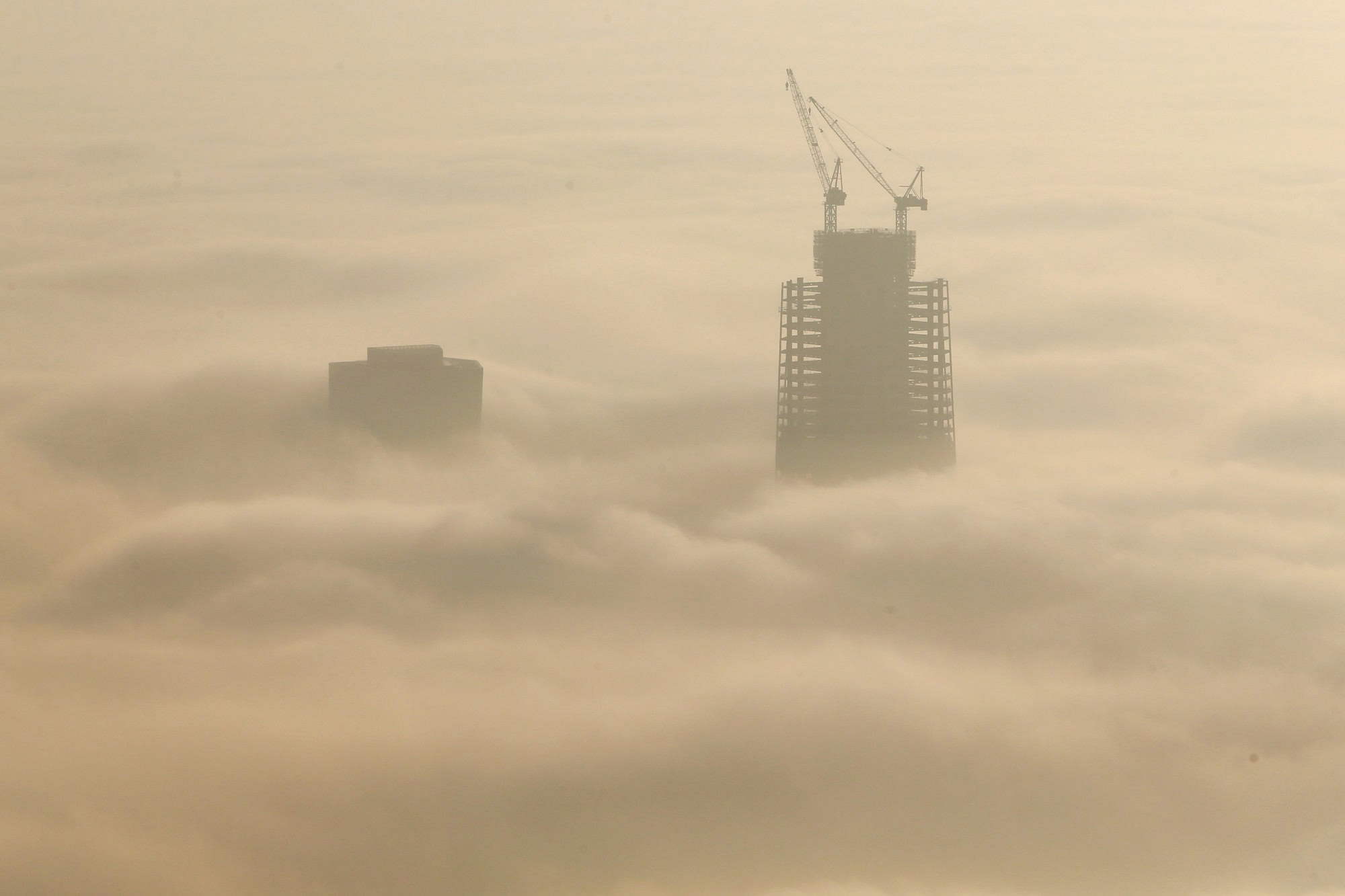 Heavy fog and smog envelop ‍northern China's Tianjin on Tuesday. /CFP Photo
Fog usually means a cloud of water droplets hanging near the ground, which will not harm our bodies.
But smog is well known for its negative effects on human health. Some very small particles in smoky air, known as PM2.5 and PM10, can enter our lungs and potentially cause serious health problems.
Copyright © 2017