Dragon boat racing, one of the traditional sports associated with China's annual Dragon Boat Festival, has been gaining in popularity in recent years. And this has led to a new wave of prosperity for one of the country's centuries-old crafts – dragon boat building.

59-year-old Xu Guisheng from Hunan province has inherited the family business of building these iconic vessels. His company now sells more than 200 boats every year and sales are on the rise. 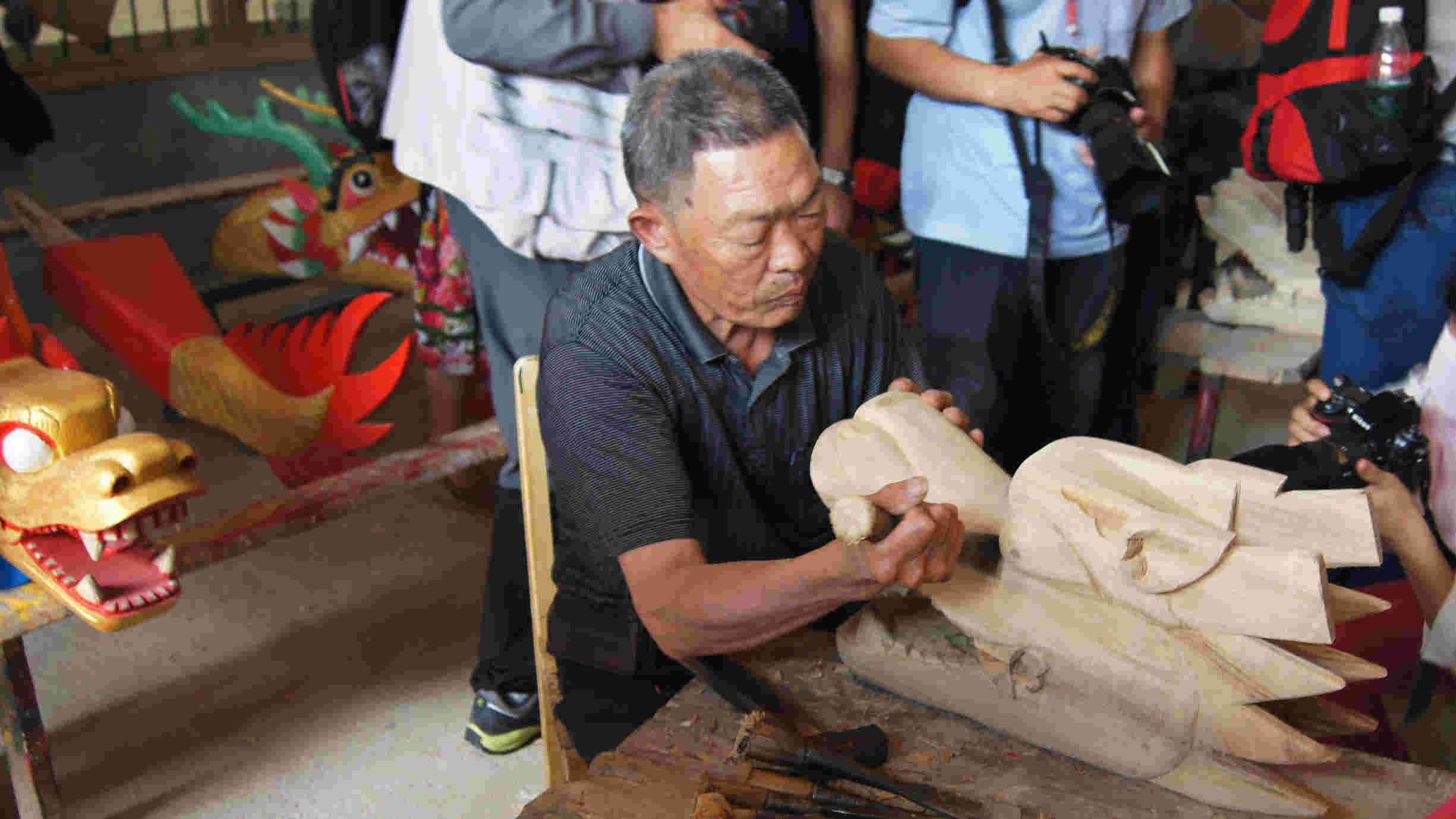 A craftsman carving a dragon head-shaped ornament as decoration for a dragon boat in Yueyang, Hunan Province. /CFP Photo

Dragon Boat Festival is celebrated around the end of May, but orders for boats must be placed about three months in advance as demand is growing faster than ever.

“We have 14 dragon boat factories in town, making around 4,000 boats and around 90 million yuan a year. Nationwide, about 30,000 boats are sold with 10 to 20 percent growth each year. Overall the market is about one billion yuan,” said Li Jianjun, chairman of Hunan province's Dragon Boat Association in Miluo.

The busiest time for these craftsmen starts right after the Spring Festival and runs until the first day of the Dragon Boat Festival. Business owners also have to recruit early to make sure they have enough people on hand to complete the orders.

It takes four to five people one week to finish building a standard dragon boat. From logging and sculpturing to painting, there are usually ten steps to follow, all of which still demand traditional skills and handicraft.