Simba, the lion and Lula, the bear, the last two residents of Mosul zoo, were flown out of Iraq Monday to receive emergency care from an animal welfare group. 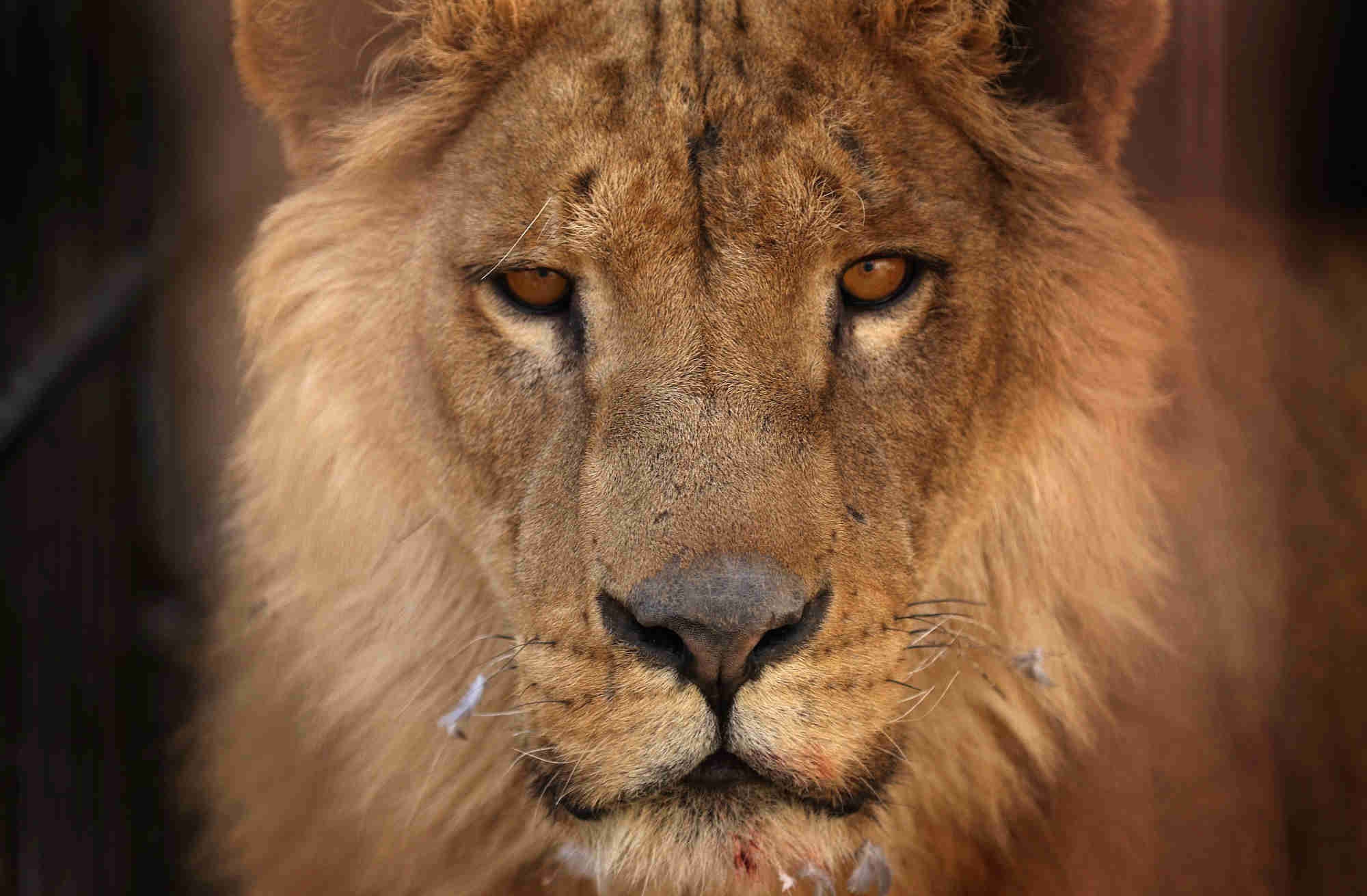 Simba, an abandoned lion, standing in his cage before receiving treatment from members of the international animal welfare charity "Four Paws" at the Muntazah al-Nour zoo in eastern Mosul on February 21, 2017. /CFP Photo
A group of veterinarians from the Four Paws International charity took the animals out of Mosul, and after an epic administrative saga, managed to fly them out to Jordan from the Iraqi Kurdish capital of Arbil.
"We're in the plane with the animals, we're leaving now," said Amir Khalil, a vet who headed the Four Paws mission.
The doctor found the pair covered in dirt and excrement in February, abandoned in their cages at the privately owned Muntazah al-Nour zoo in the eastern half of war-torn Mosul. 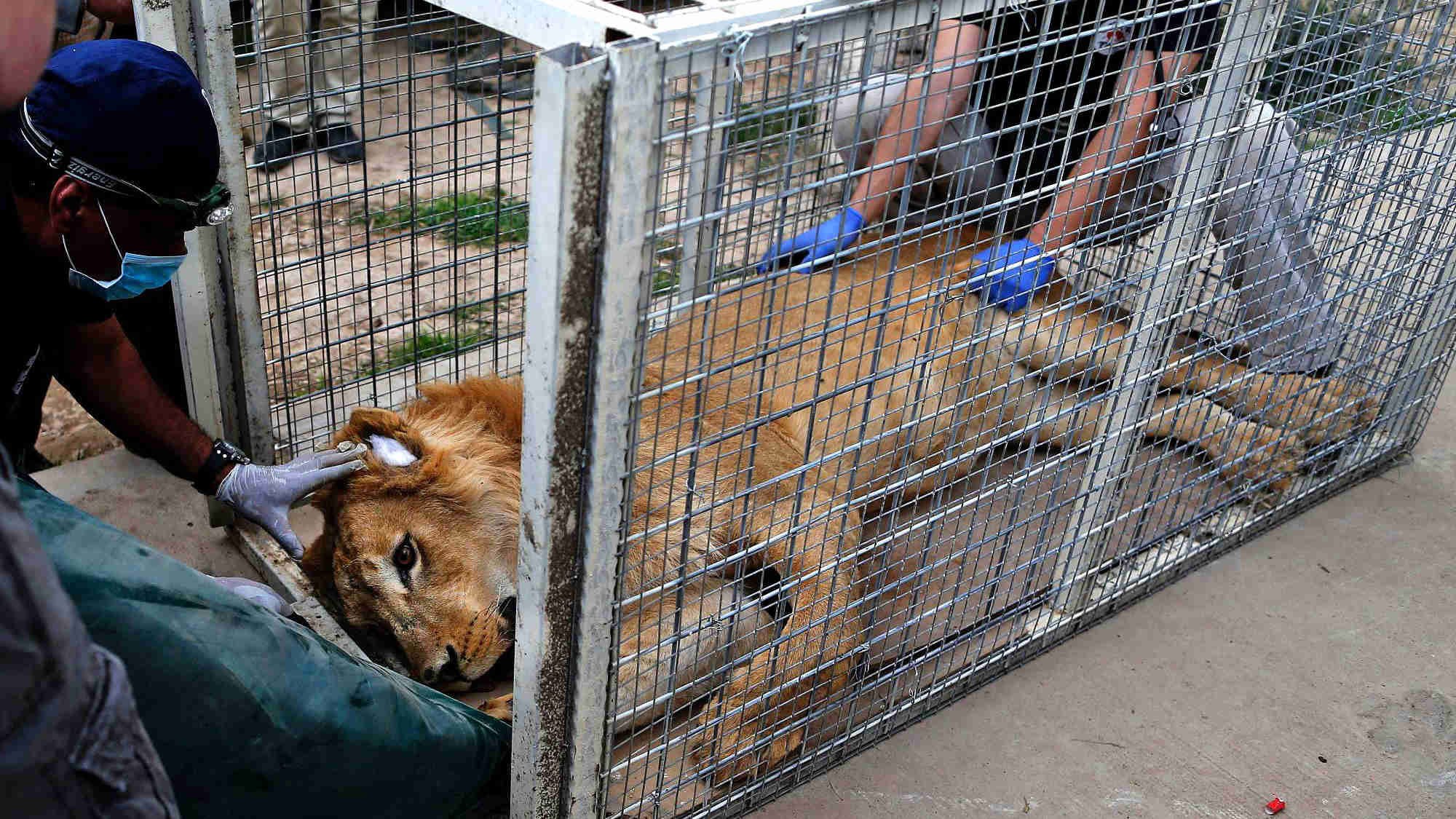 Members of the international animal welfare charity "Four Paws" treated Simba, a lion abandoned at Muntazah al-Nour zoo in Mosul, as they try to evacuate the animals left at the zoo on March 28, 2017. /CFP Photo
Iraqi forces launched a massive operation to retake the city, Iraq's second largest, from the Islamic State group in October and spent weeks battling the jihadists street by street before eventually retaking the east bank in January.
When Four Paws reached the zoo, nobody had entered their cages in weeks and no other animals apart from the female bear and the male lion had survived.
When Khalil and his team came back to the region in late March, they had one goal which was to remove the animals temporarily from Iraq so they could receive proper veterinary care.
Before the plane finally took off, doctor Khalil was relieved.
"This is the beginning of a new life for the animals," he told AFP. "From now on, they won't have to be part of this war."
(Source: AFP)
Related story:
The last survivors at the zoo of Mosul
6244km
Copyright © 2017