As of 06:40 p.m. local time, six bodies have been found, 112 people are missing and 62 homes have been buried, according to the local emergency office.

Meanwhile, 1,959 people and 31 machines are participating in the search and rescue operation at the scene.

Five bodies have been found, said rescuers at the site of the landslide.

According to a CGTN reporter at the site, two more people were found under the debris, and digging continues. It is unclear if the two survived.

Experts at the site have said that the rescue operation will be really difficult.

Over 120 people are missing after a landslide buried 62 homes in Sichuan Province, the latest report by provincial authorities said. The latest information revised the number of missing people from earlier reports of 141.

According to the government, the initial investigation shows the landslide occurred when the high part of a mountain collapsed due to rainfall.

A special team from China's State Council is on the way to the site.

As of now, over 1,000 people have been dispatched to the scene for the rescue operation. 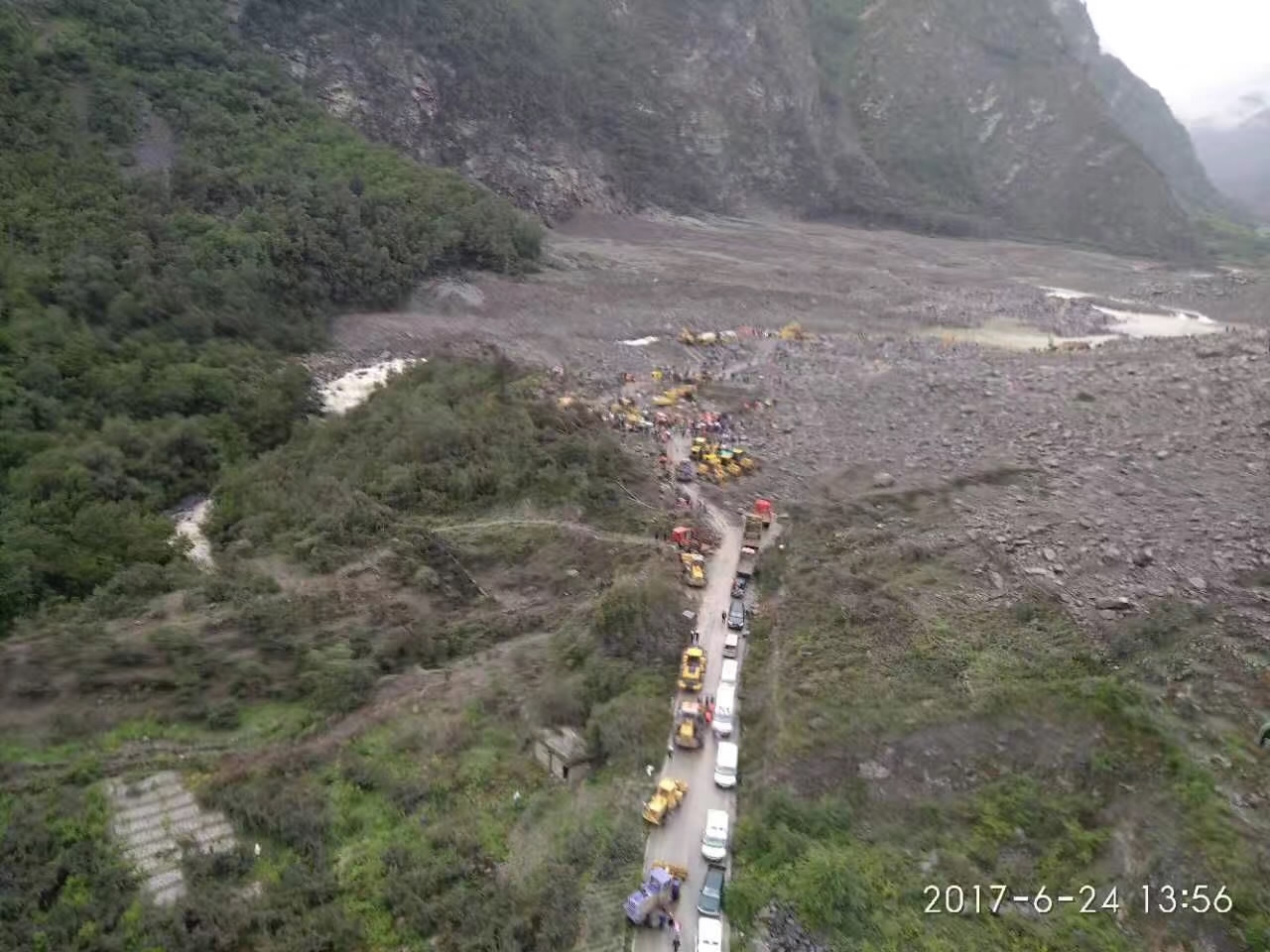 Chinese State Councilor Wang Yong on Saturday led a working group to Tibetan and Qiang Autonomous Prefecture of Aba in southwest China's Sichuan Province on behalf of the Communist Party of China (CPC) Central Committee and the State Council.

Wang and the working group are expected to oversee the rescue and follow-up work after the massive landslide that hit Maoxian County on Saturday morning.

The landslide has reportedly blocked a 2-km section of a river and buried 1,600 meters of road.

Local authorities have confirmed that 141 people are missing after the massive landslide.

A family of three escaped the mountain of debris, and were sent to the Maoxian People′s Hospital.

Chinese President Xi Jinping said rescue workers should do all they can to reach people buried and minimize casualties. 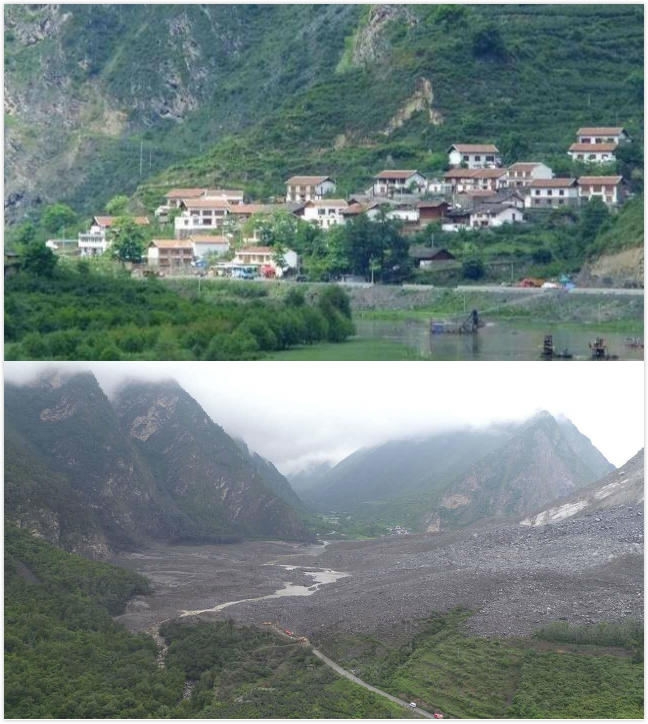 Pictures showing before and after scenes of the area hit by the landslide on June 24, 2017. / VCG Photo

‍China's land and resources ministry has upgraded its response measures to level-II, the second highest on a four-tier system against geological disasters, following the landslide. A group of experts has been sent to the scene.

No rescues had been made by 11:26 a.m. local time. Wang Yongbo, a member of the rescue team, said signs of life have been detected under the debris.

Some rescuers were evacuated due to fears of another landslide.

The area was one of the hardest hit during the 2008 Wenchuan earthquake.

Most houses in the village are masonry buildings that were rebuilt after the devastating Wenchuan earthquake in 2008, according to Wang Yongbo.

Where is Maoxian County?

Maoxian County is located in the southeastern part of the Tibetan and Qiang Autonomous Prefecture of Aba in Sichuan Province, southwest China, on the edge of the Tibetan Plateau.

In 1933, a magnitude 7.5 earthquake jolted the town, leaving over 1,000 people dead. A barrier lake was formed after the earthquake, and has been regarded as one of the largest quake relics. 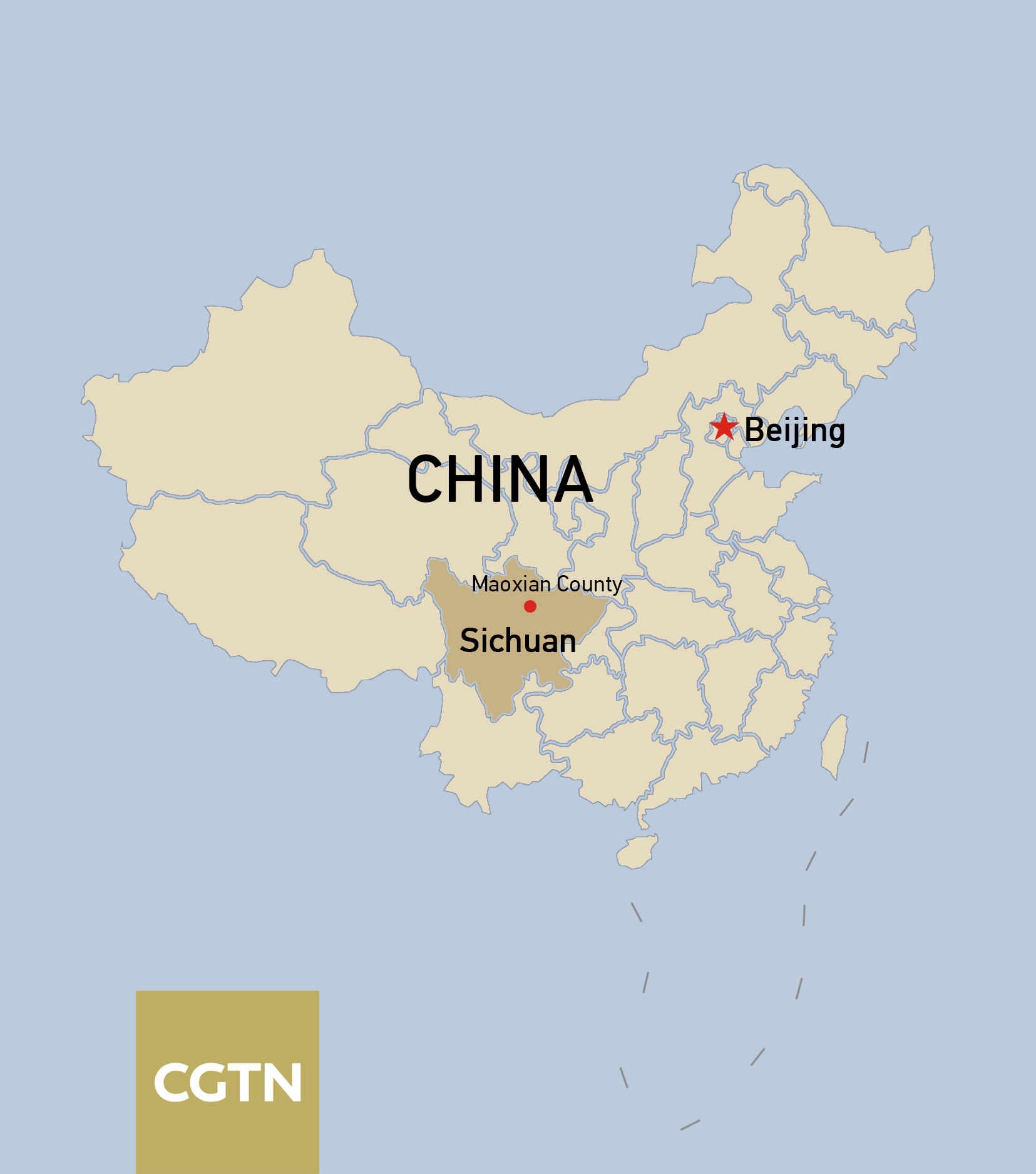 Local authorities said 18 rescuers were sent to the scene immediately after an alarm received at 6:15 a.m. local time.

The Sichuan Fire Department has dispatched over 500 people to the scene for further rescue work. 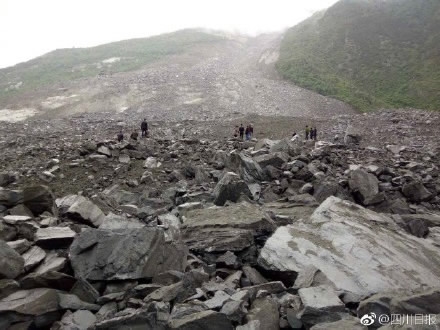 The incident took place at around 6:00 a.m. local time and at least 100 people from 40 households are feared to have been trapped.

The full extent of the debris flow is yet to be determined.

Search and rescue operations are underway.

This is a developing story. Stay tuned to CGTN for more information.