Pursuing green development to limit greenhouse gas emissions is one of the basic concepts outlined in China's 13th Five Year Plan (2016-2020). As part of the plan, China is set to establish its first national carbon emission trading system, which would be the world’s largest carbon market.
Besides the government launching this carbon trading scheme and its efforts to regulate polluting industries, how can individuals help to develop and improve the environment, and how can their efforts to decrease their own carbon footprints be quantified and recorded? 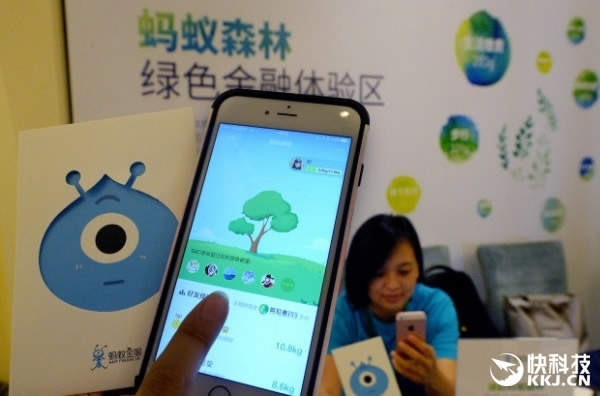 kkj.cn Photo
In recognition of wide public concern over environmental protection, Alibaba's Ant Financial Services Group (Ant Financial) launched the Ant Forest app on the Alipay platform on August 27, 2016, providing more than 450 million users with a comprehensive online “carbon account” to measure how individuals’ daily activities reduce carbon emissions.
If the users walk, travel by subway, pay utility fees online, shop online or adopt other environmentally-friendly habits, they can use the app to record their actions taken to reduce their carbon footprints and collect “energy” points on their “carbon accounts.” The points can be used to grow a virtual tree in the Ant Forest, and can eventually be converted into a real tree when the equivalent of 17.9 kg of “energy” is saved.
Chen Long, CSO of Ant Financial, said that as of January 2017, more than 1.1 million real trees have been planted by Ant Financial and selected social organizations, in line with an average reduction of 2,000 tons of carbon each day. 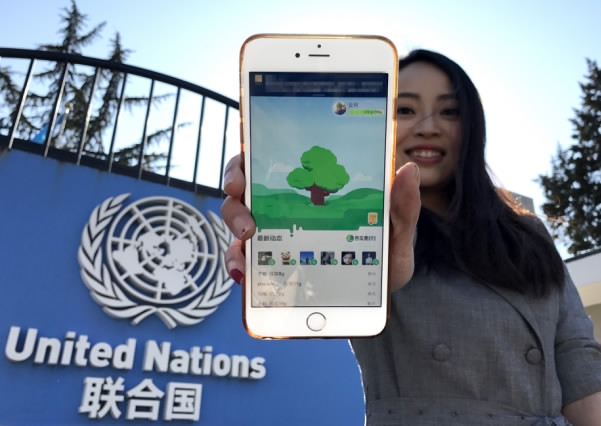 CFP Photo
The United Nations Development Program (UNDP) released a report on China’s carbon market on February 17 and specifically analyzed Ant Forest, the world’s largest platform for gathering data on individuals' efforts to reduce their carbon footprints. The UNDP’s report said the Chinese platform has “a special significance in enhancing personal contribution to the global response to climate change”.
Ant Financial and the UN Environment Program (UNEP)  launched the world’s first green digital financial alliance during the Davos World Economic Forum on January 19, 2017, with the aim of harnessing digital technology to promoting financing that addresses global environmental challenges. The collaboration marked the UNEP's first joint venture with a Chinese company since it was established 45 years ago.
Copyright © 2017