Molten iron spray show sells out, but who will carry the flame?
SOCIAL
By Liu Chen

On the third day of the Lunar New Year holiday, Nuanquan Old Town – a four-hour drive from Beijing – was filled with visitors.
They came to see a spectacular but dangerous performance, known as Datiehua in China, displaying sprays of molten iron lighting up the night sky. 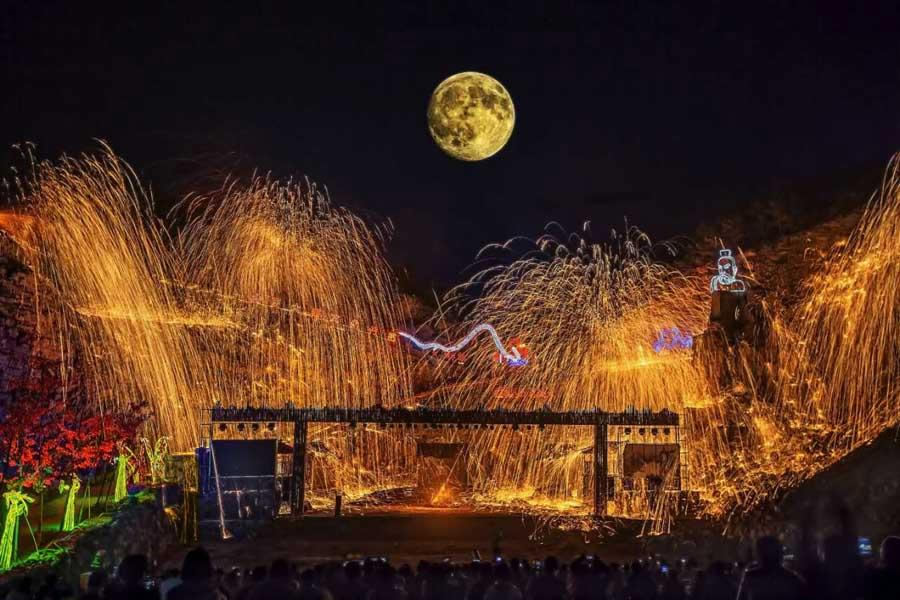 Ecns.cn Photo
Datiehua is a tradition dating back 2,000 years in central China’s Shanxi Province. It is a celebration of the New Year, and is also said to scare away demons.
Once iron melted in pots reaches 1,700 degrees Celsius in temperature, performers spray the scorching liquid into the air and produce a shower of sparks which looks like fireworks. 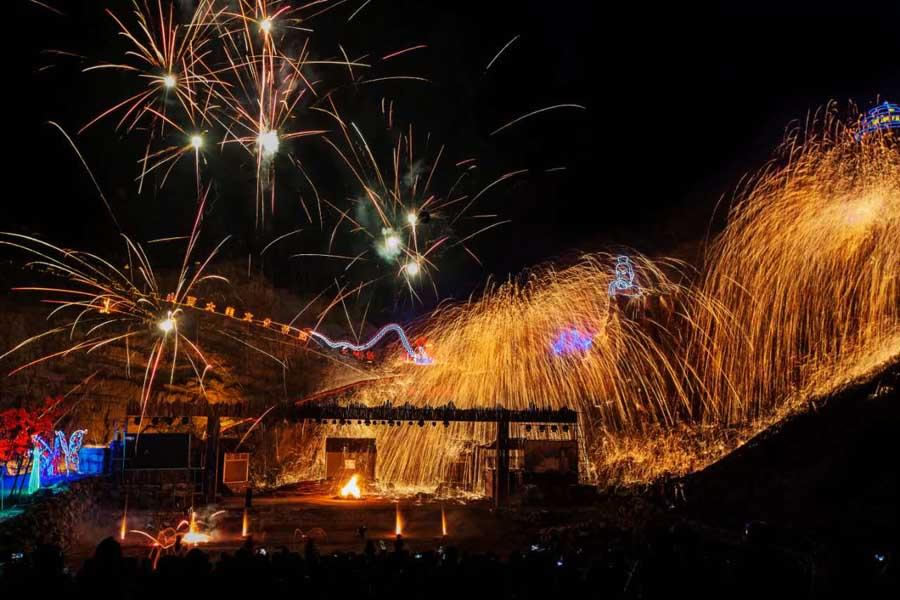 Ecns.cn Photo
At 4 p.m. on Monday afternoon, visitors gathered in the central square of Nuanquan Old Town for a sold-out show in the outdoor theater. Many people had to wait for the second performance in sub-zero temperatures.
Meanwhile, scalpers were busy selling secondhand tickets, capitalizing on visitors' desire to see the hottest ticket in town. 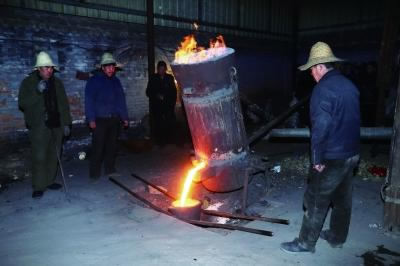 EasyNet Photo
Back on the stage, performers prepared special clothes. Wang De, a man with a family history of performing Datiehua, was one of them. All his clothes were made of sheepskin, including one top, one pair of pants, hat and gloves.
Before the performance, he watered the sheepskin to prevent it burning. 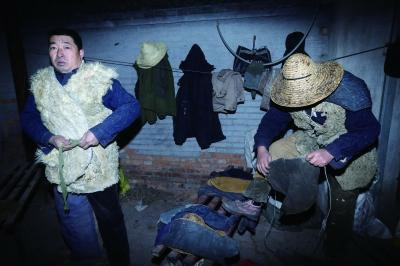 EasyNet Photo
“I have been performing this for over 30 years,” Wang said. "It is an ancestral skill of my family. But it is very risky. You see I have scars on my body.”
Not only on his body - his thick sheepskin clothes were burnt with multiple holes. Wang believes Datiehua is a game only for the brave. 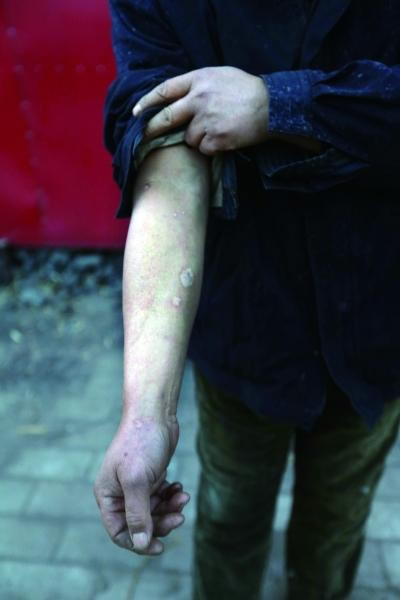 EasyNet Photo
The skills required to perform Datiehua have been passed on to four people in the town, but none of them have taught their children, as it is very dangerous.
But Wang said local officers do care about the heritage of traditional skills. He is looking for apprentices to carry the flame and maintain the tradition of Datiehua.
Copyright © 2017