Seldom has any cosmetic surgeries being so effective in bringing a gain to compensate the pain. It does in the case of this stray cat who recently reaped a quick fame on China's social media after receiving an oculoplastic surgery to cure its eye disease.

The cat named Fatty was rescued in Chengdu, southwest China's Sichuan Province by a volunteer social worker surnamed Chen and accommodated in a pet hospital waiting for adoption. After being diagnosed as suffering from "rolling eyelid", which results in the eyelash consistently rubbing the eyeball, an oculoplastic surgery was performed to prevent the risk of inflammation. After a successful operation, reported by a local newspaper, an unexpected "side effect" occurred: the cat's appearance, with the eyes much enlarged, is much improved. 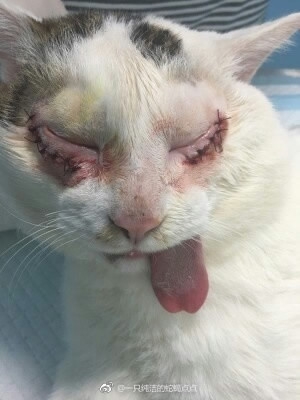 Pictures of the lucky cat before and after surgery, after being posted by Weibo user @一只和谐的蛇蝎点点, went viral online. The impressive effect, applauded by tens of thousands of netizens, evoked the strong aspiration to beauty among cosmetology believers and became a source of amusement. Many expressed the strong will to apply the same procedure on their own pets; some even said, probably jokingly, that they would like to try it on themselves with a veterinarian.

Oculoplastics such as open-canthus, double eyelid are the most practiced cosmetic surgeries in East Asia where the beauty of eyes is aesthetically highly esteemed.  People endowed with big and bright eyes are usually deemed as noble and trustworthy while the opposite, humble and snarky. That is why many of the manga characters originated from Japan are depicted with disproportionately big eyes to make them look cuter. 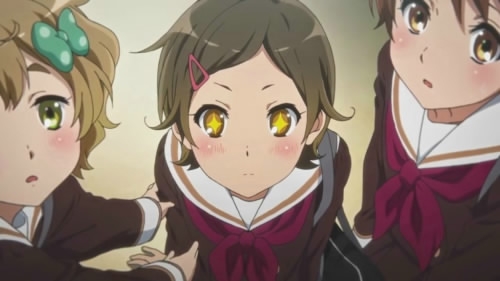 Even though the fanaticism is criticized by many as superficial, it indeed benefits Fatty with great fortune. It is reported that the cat has been adopted by a cozy household in Chengdu. "It is beloved and living a happy life now," confirmed Chen, the volunteer.