As a high-end market for rail transportation equipment, the EU has stringent requirements on the quality and reliability of the trains.

CRRC ZELC's EMU trains for Macedonia, the first batch of Chinese multiple unit trains exported to Europe, have met technical standards for railway products of the European Union and got the Technical Specification for Interoperability (TSI) certification – the EU's highest-level certification for railway products. It means the China-made train set has earned a passport to EU nations. 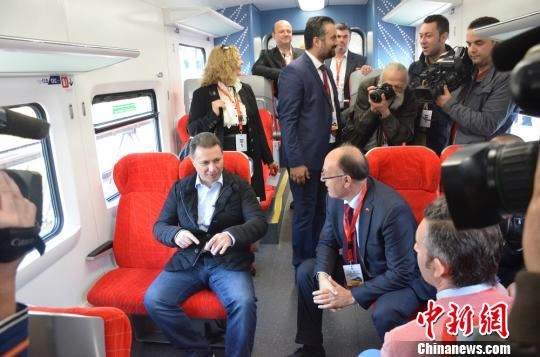 CRRC ZELC's first EMU train for Macedonia departed from its capital Skopje on November 15, 2015. Since then, the EMU trains, with a maximum operating speed of 140 kilometers per hour, have proved their quality and reliability during peak days in Macedonia such as the beer festival and Easter.