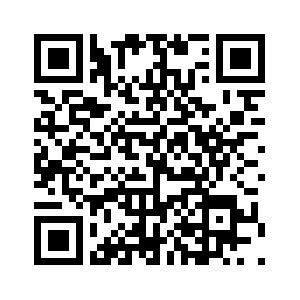 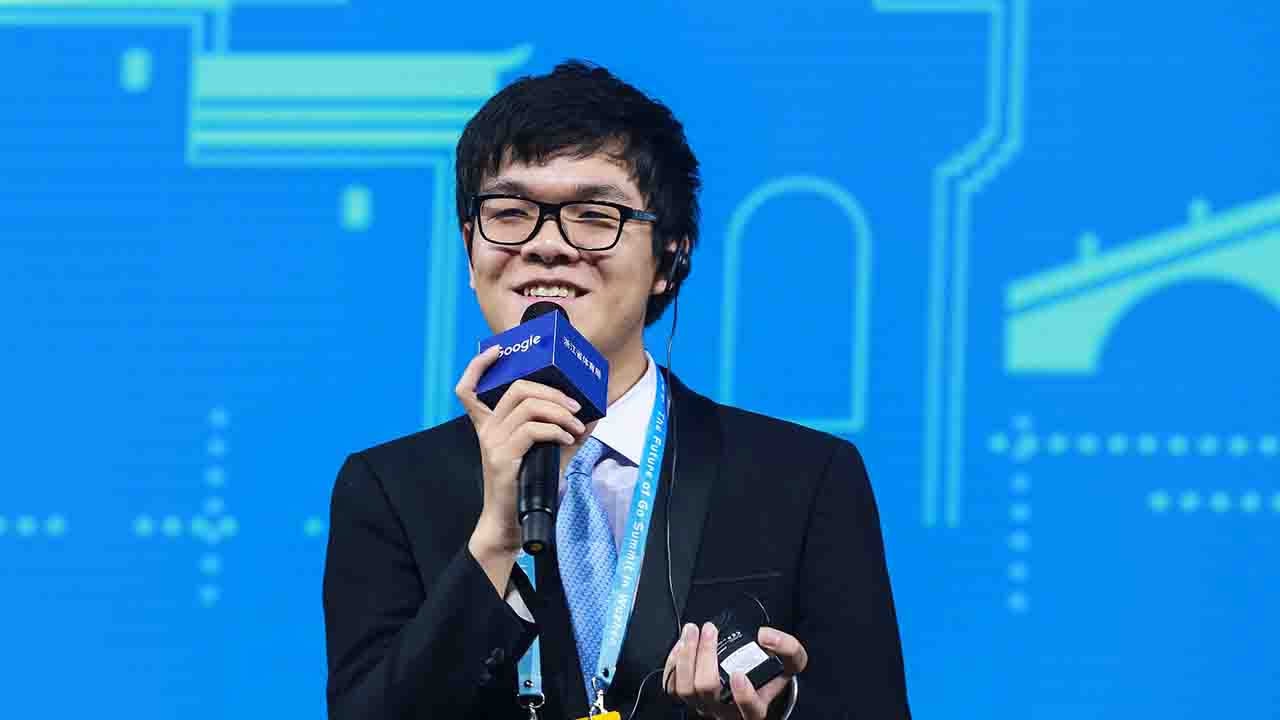 ‍The world's top weiqi (go) player Ke Jie lost his first round clash against the artificial intelligence (AI) program AlphaGo -- by the smallest possible margin -- in a four-hour match on Tuesday.
Ke calmly accepted the result. “AlphaGo played a wonderful game and I also tried my best,” said Ke at a news conference after the match.
“There are many things we can learn from AlphaGo. It changes our ideas of weiqi. Any move can be made. We should be bold to explore and innovate, and be free to play the game of weiqi,” he added.
Though he tried his best, Ke later posted on Weibo that he did not play well. “It is difficult to reverse the situation once you step into AlphaGo’s pace.” Regardless of the outcome, he hopes to bring the audience a more exciting match on Thursday. 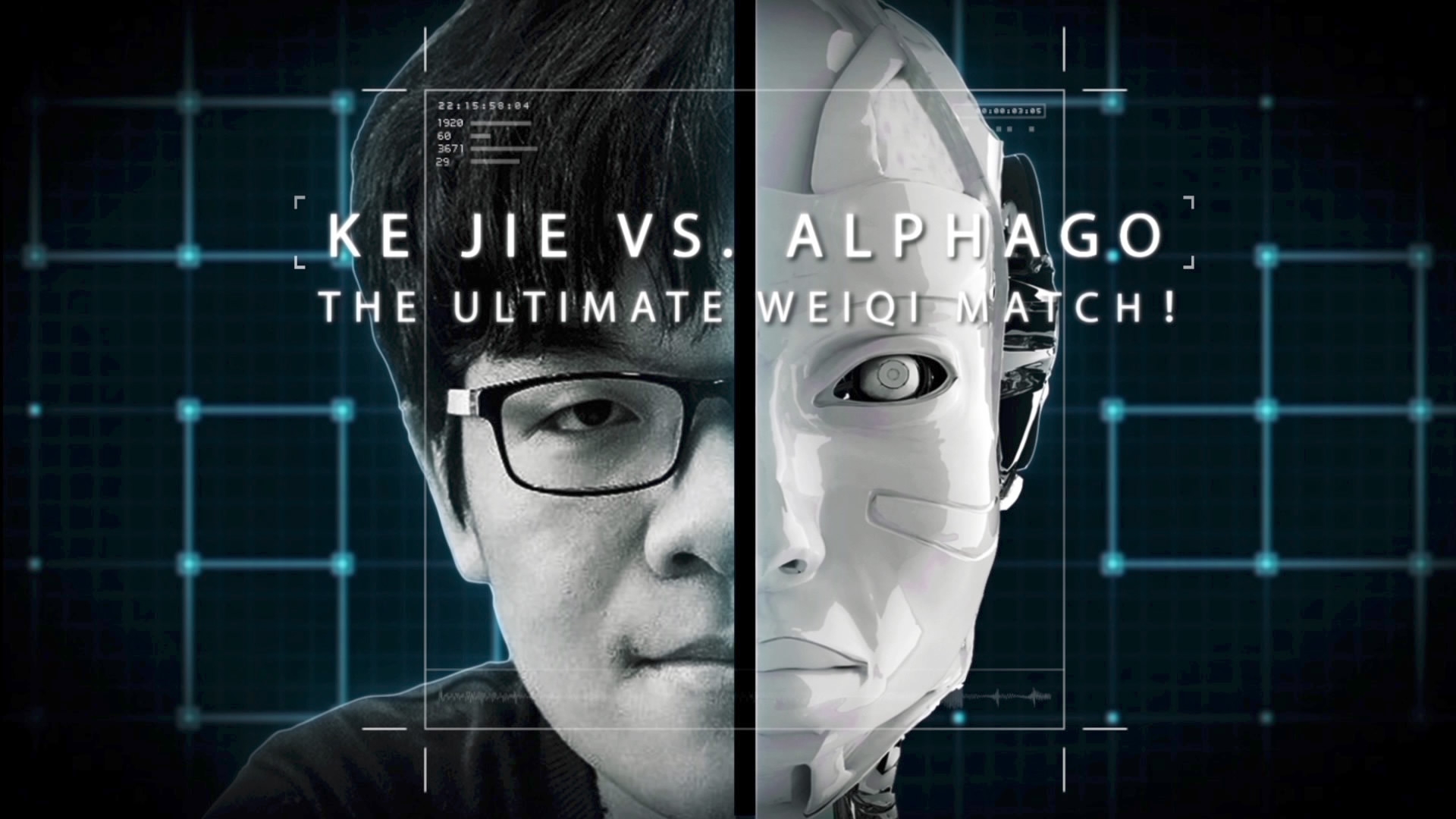 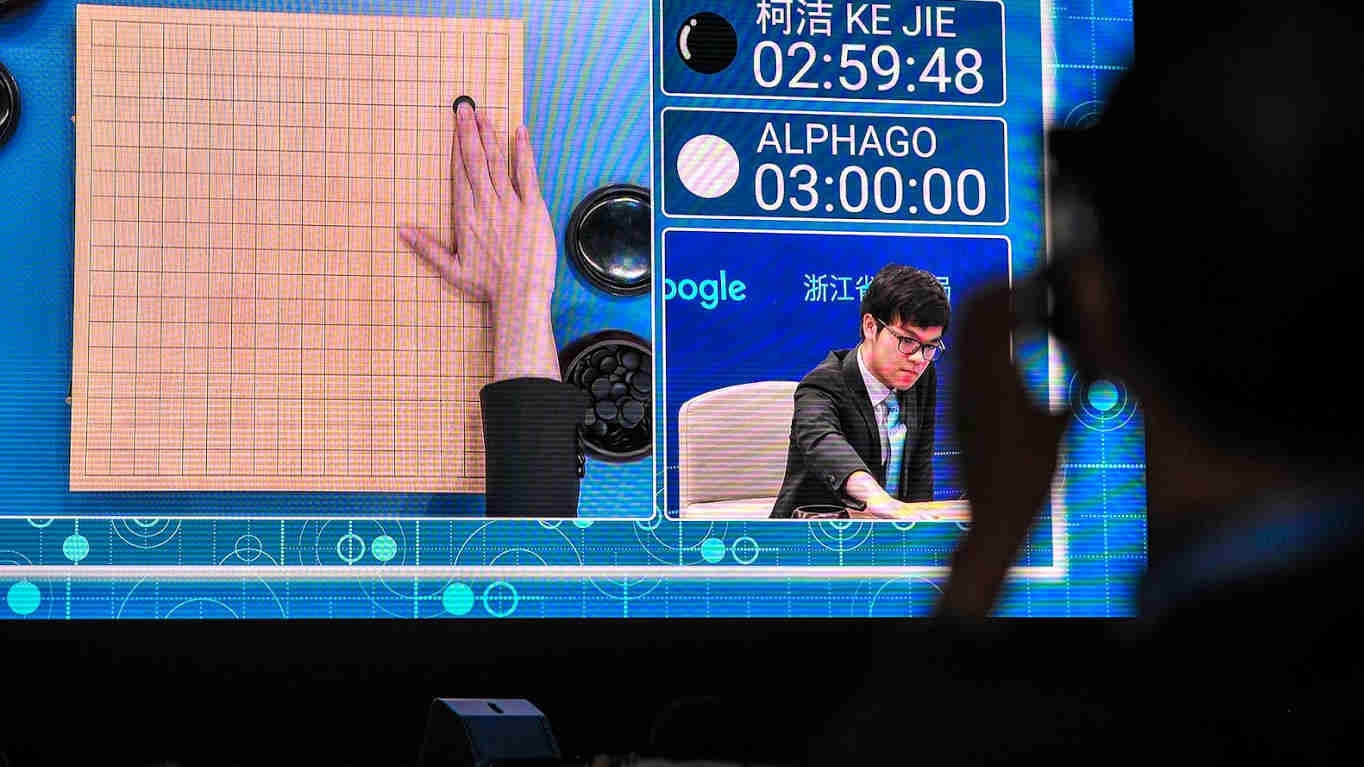 An unusual move was made by Ke just after the first two stones were put on the board.
The "3-3" cornering is rare in professional weiqi matches. Some people in the observation hall began to discuss if Ke was trying to play in a special way, possibly expecting AlphaGo's lack of knowledge about such a move.
Could this be Ke's "secret weapon", as widely expected by netizens over the last few months?
Statistically, it worked. Ke seemed to gain some advantages during this initial period of the match. In the main battle over the four corners of the board, Ke showed a lot of care regarding actual territories, harvesting solid points around the corners and edges.
Though it seemed to be a good strategy to Ke, this playing style gave AlphaGo the potential for large gains in the middle land.
On the upper edge, the computer tried to invade into Ke's land, and managed to survive with a branch reaching out deep into an area Ke had taken.
After a few trades, the expected territory of AlphaGo took over the lead. 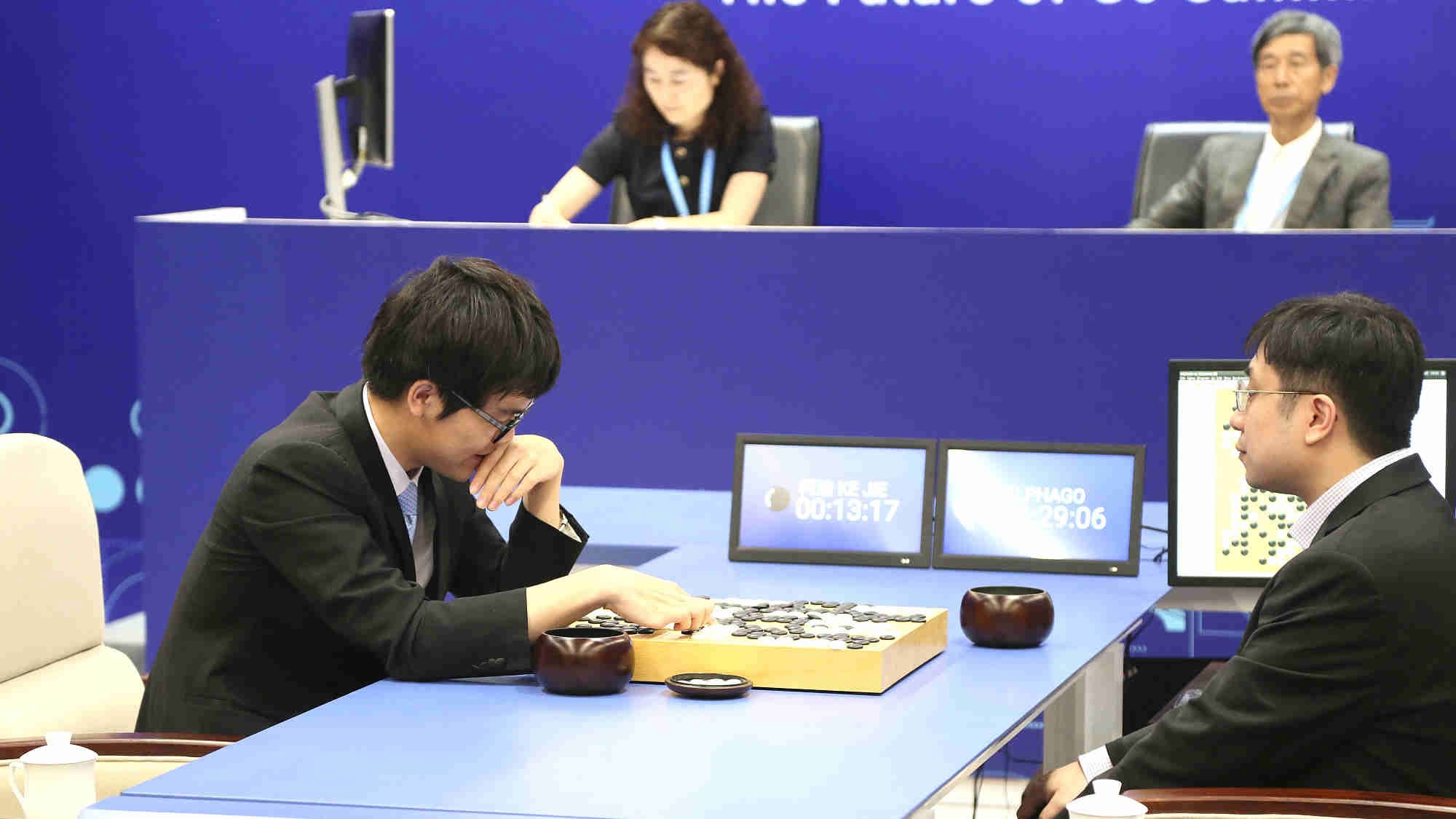 The two players in the final stage of the match. /VCG Photo

The two players in the final stage of the match. /VCG Photo

In the final stage, AlphaGo seemed to be more confident, playing a stable game, rather than taking any risk for gains.
The machine looked like its goal was merely winning the game, without caring about minor losses.
AlphaGo won against the star player with a narrow margin of only a quarter of a point, the smallest possible victory according to the Chinese rules.

This was the first round of the three matches set for Ke and AlphaGo. The second and third matches will fall on May 25 and 27.
Related stories:
Man vs. Machine: The ultimate weiqi match
Man vs. Machine: ‘I'll treat AlphaGo as a human,’ says Ke Jie