President Xi Jinping on Tuesday pushed for increased efforts on poverty alleviation.
He stressed the importance of precision in the battle against poverty, saying that poverty alleviation should focus on targeted people and industries, and use the right tools to produce results.
Xi made the remarks during a tour of the city of Zhangjiakou in northern China's Hebei Province, where he inspected an impoverished village, visiting and chatting with poor families, discussing how they could shake off poverty.
"Fighting poverty is the fundamental task in building an all-round moderately prosperous society," Xi said.
He called for more efforts to help the poor develop industries that could grow in a sustainable manner, set up sustainable mechanisms for poverty alleviation, and create ways for them to achieve prosperity. 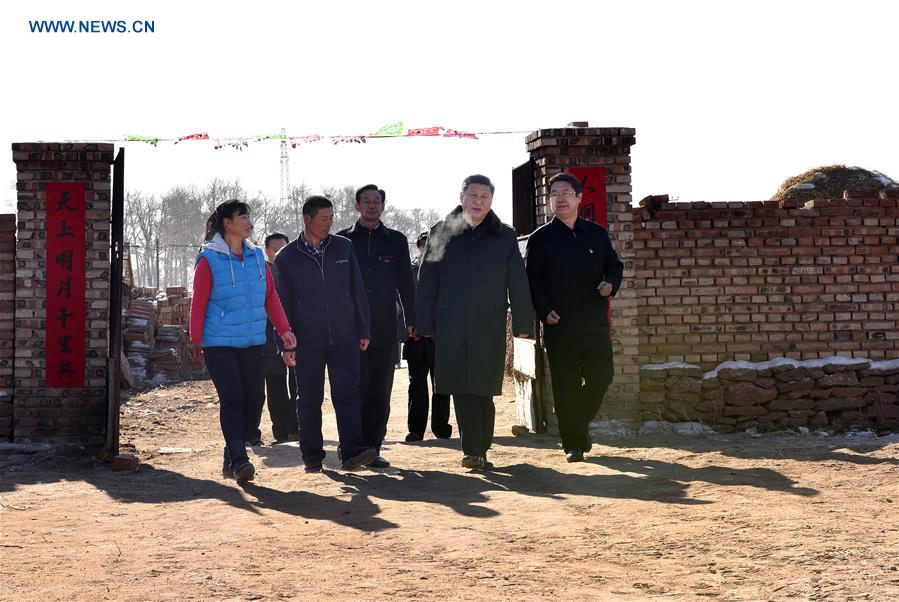 Chinese President Xi Jinping visits the home of villager Xu Xuehai in Desheng Village, Xiaoertai Township of Zhangbei County in north China's Hebei Province, on Jan 24, 2017. /CFP Photo
Poverty relief is high on China's 2016-2020 agenda, and the government has vowed to lift everybody out of poverty by 2020. By the end of 2015, China still had 55.75 million people living under the country's poverty line of living on 2,800 yuan (407 US dollars) per year.
Since the start of reforms and opening-up in 1978, China's economic boom has helped lift more than 700 million people out of poverty.
"Poverty alleviation is getting more and more difficult as it progresses to the end," Xi said.
He stressed the importance of making sure every poor family had a program for increasing income and every poor person had a way of casting off poverty.
The president pointed to relocation as an important supplementary approach in fighting poverty and highlighted the role of ecological compensation, which would not only help improve the ecological environment but also boost incomes.
Stressing the importance of education in poverty alleviation, Xi said, "Making sure children of impoverished families enjoy access to high-quality education is a fundamental solution to poverty." 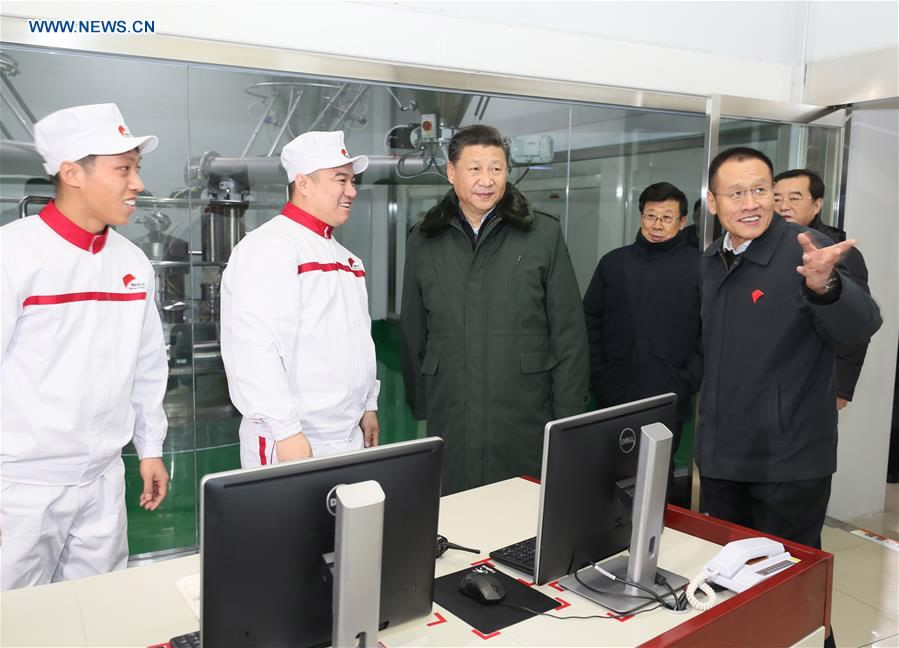 Chinese President Xi Jinping inspects a dairy company in Zhangjiakou City of north China's Hebei Province, on Jan 24, 2017. /Xinhua Photo ‍
During the tour, Xi also inspected a dairy company in Zhangjiakou, where he urged for more efforts to create a globally competitive dairy industry with safe, high-quality products.
He said that the most rigorous standards, the strictest regulations, the harshest punishments and the most serious mechanisms of accountability should be adopted to ensure food safety.
Xi also listened to local officials briefing on the local economy at a meeting, where he said cutting excessive production capacity in the iron and steel sector was crucial for Hebei, a major steel producing province, to improve its industrial structure and create new growth engines.
Xi called for efforts to ensure outdated production capacity was eliminated and "zombie enterprises" phased out.
During the tour, Xi also pushed for the Beijing 2022 Winter Olympic Games to be made into a "remarkable, extraordinary, excellent" event.
The Zhangjiakou site of the Beijing 2022 Winter Olympic Games is regarded as having the best natural ski slopes in northern China.
(Source: Xinhua News Agency)
162km
Copyright © 2017