Why are there 384 days in the Year of Rooster?
CULTURE
By Sun Xiao

People in China use two calendars: the widely-used solar calendar, better known abroad as the Gregorian calendar, and the Chinese lunar calendar.
For traditional Chinese festivals and holidays - like the Lantern Festival, the Mid-Autumn Festival and the most important one, Spring Festival - people use the lunar calendar.
However, the upcoming Year of the Rooster will be a special year, with 384 days on the lunar calendar… 30 more than usual!
HOW DO 30 EXTRA DAYS APPEAR IN THE LUNAR CALENDAR?
Generally, there are 353, sometimes 355 days, in each Chinese lunar year, as it is based on the cycles of the moon.
Given the difference in the number of days between the lunar and the solar calendar, various intercalation schemes were invented during the Shang Dynasty (about 1675 to 1046 BC) to reconcile the two calendars. One of them was the 19-year lunar phase cycle, which has been handed down to present times. 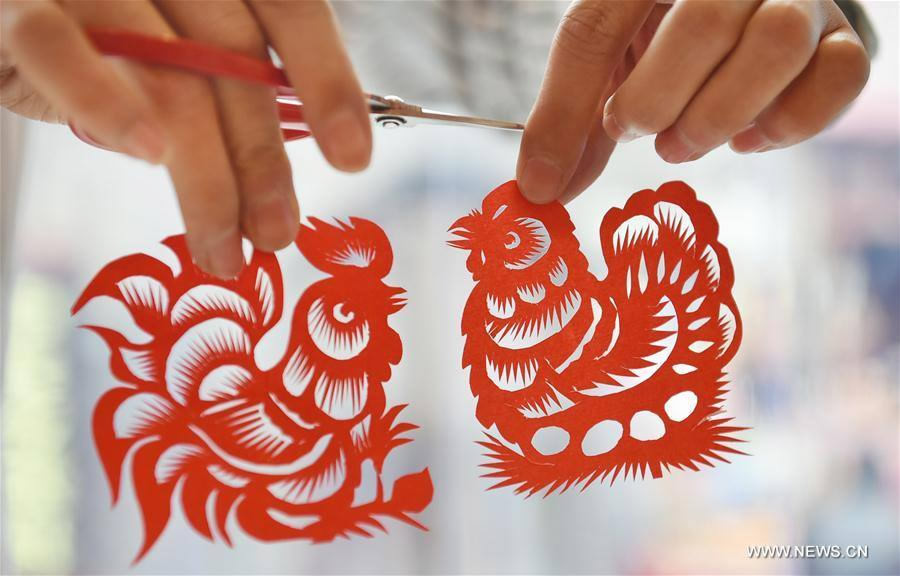 Xinhua Photo
Under the 19-year cycle, an extra month is added to the lunar calendar seven times in each cycle to ensure that both the lunar and solar calendars are synchronized. These leap years occur every two or three years and the Year of the Rooster is one such year.
Accordingly, there will be six months with 29 days and seven months with 30 days in the Year of Rooster, according to astronomer Zhao Zhiheng. The last leap year occurred in 2014 and the next will be in 2020.
WHEN IS THIS EXTRA MONTH HAPPENING?
The extra month isn’t always inserted into the lunar calendar at the same time of year. When it occurs depends on calculations involving the 24 solar terms in each year, which are divided into 12 Zhongqi and 12 Jieqi.
This year, the extra month will fall after the 6th lunar month, from July 23 to August 21. It is simply called the 6th intercalary month, to avoid changing the order of the following months.

CGTN Photo
DID YOU KNOW THE YEAR OF THE ROOSTER WILL HAVE TWO START DATES FOR SPRING?
“Lichun” is the start of spring in the Chinese lunar calendar and is one of the 24 solar terms, usually happening on February 3 or 4. Since the Year of the Rooster will be longer than usual, starting on January 28, 2017 and ending on February 16, 2018, it will include two “Lichun”. 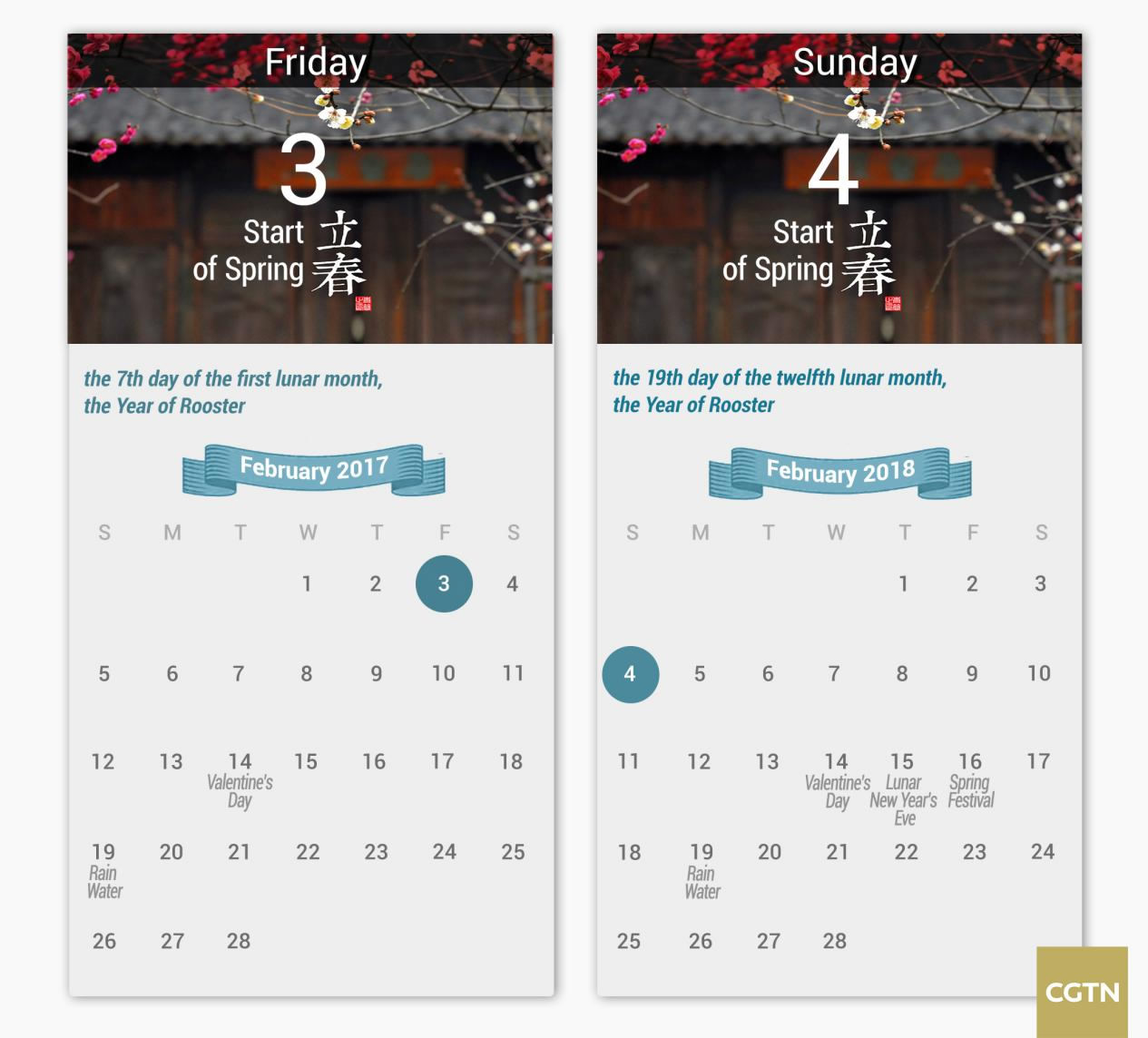 CGTN Photo
Guo Kuncong, a specialist in folklore at Xiamen Folklore Academy says that this “double” event augurs well and since spring is a season when all living things come back to life, the double spring will be a perfect time for people to get married and have children.
Copyright © 2017