A Chinese tourist fainted in the arms of bystanders after trying on – and breaking – an expensive jade bracelet in southwest China's Yunnan Province on Tuesday.

The woman had a panic attack after discovering that the jadeite bracelet had a price tag of 300,000 yuan (44,100 US dollars). 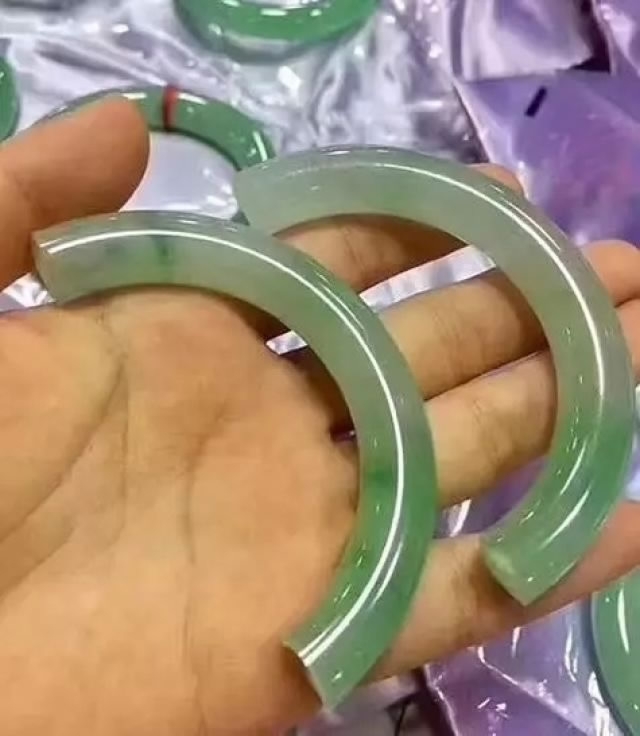 The tourist, whose identity was not disclosed, went to the Ruili Jiegao Jade market and tried on the bracelet. The jewelry slipped out of her hand and broke in half. 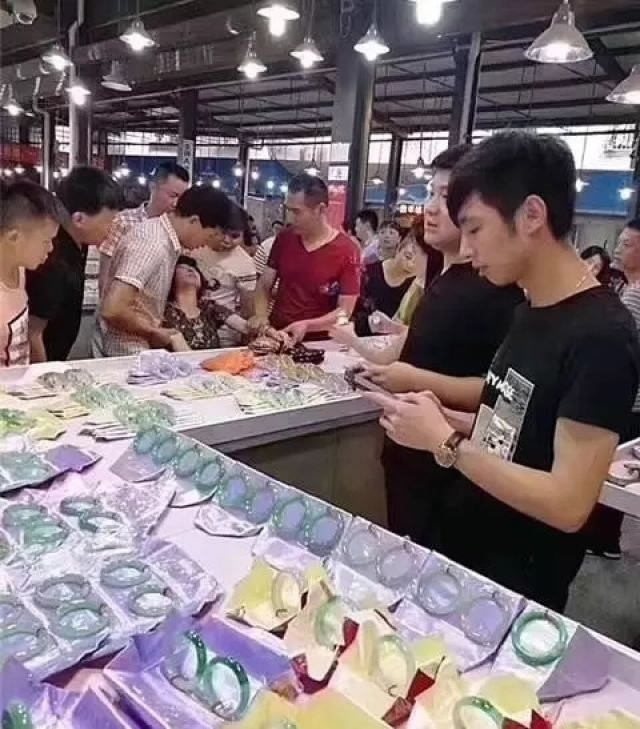 The woman fell into a faint when she realized what she had done. /kungming.cn Photo

“She fell in a faint, but luckily she didn’t have any serious problems,” Lin Wei, the son of the storekeeper, told local media. 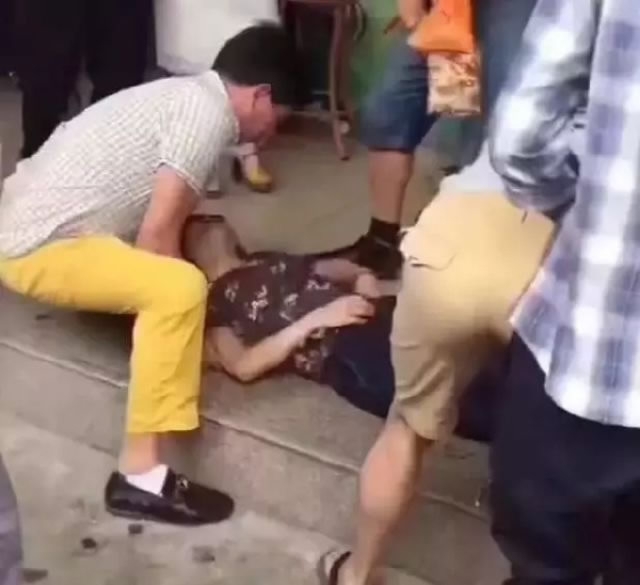 The broken bracelet was authenticated and valued at 180,000 yuan (around 26,470 US dollars) according to an assessment of the Ruili Gem and Jade Association, which is backed by Ruili Administration for Industry and Commerce. 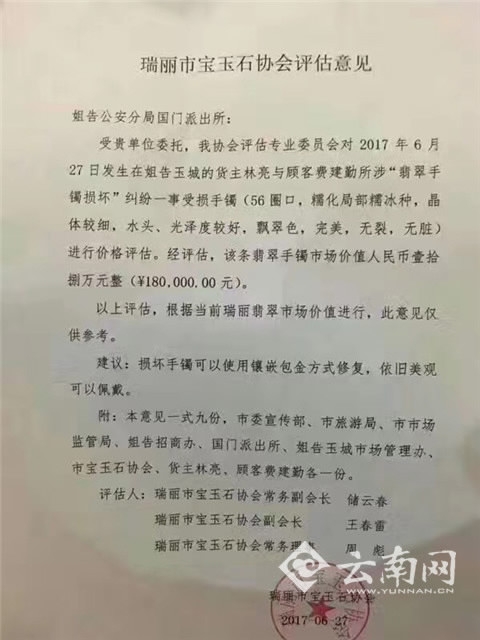 The assessment paper of  Ruili Gem and Jade Association /yunnan.cn

Both parties are now negotiating compensation for the damaged jewelry. 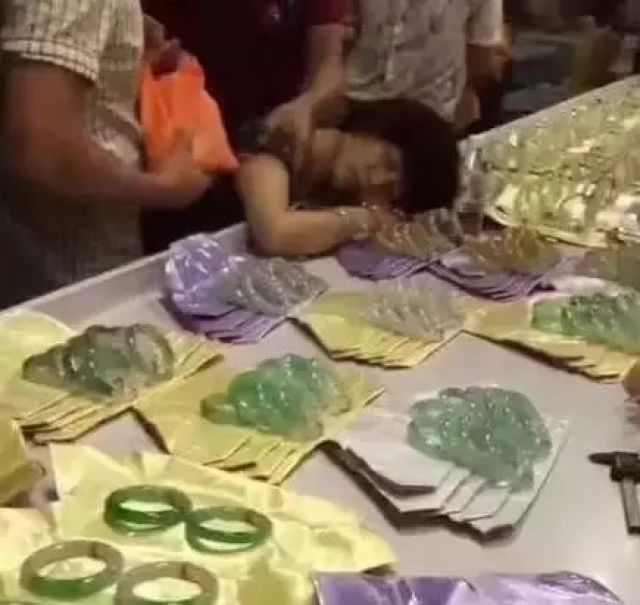 The case has sparked a heated debate on Chinese microblogging platform Weibo, with users accusing both parties of careless behavior.

“Don’t touch a thing once you see it! Even if you like to try it on, think about your financial capacity. You may not afford your curiosity!” the user @xiaocaolina posted.

“You cannot sell jade hand to hand, didn't the seller know it? Did he remind the customer?” @sahuanerbandeguorizi said. 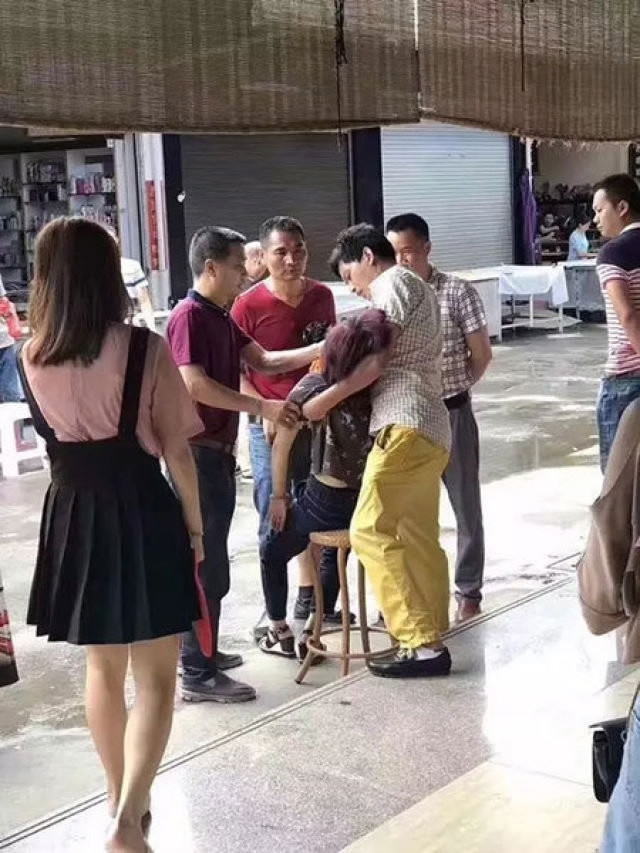 But the incident has also led to questions about why such a high-priced item was being sold like common goods in the market.

“Ruili is a large jade market, jewelry worth hundreds of thousands yuan are always placed like ordinary ones, nothing strange,” @peidadayo explained.