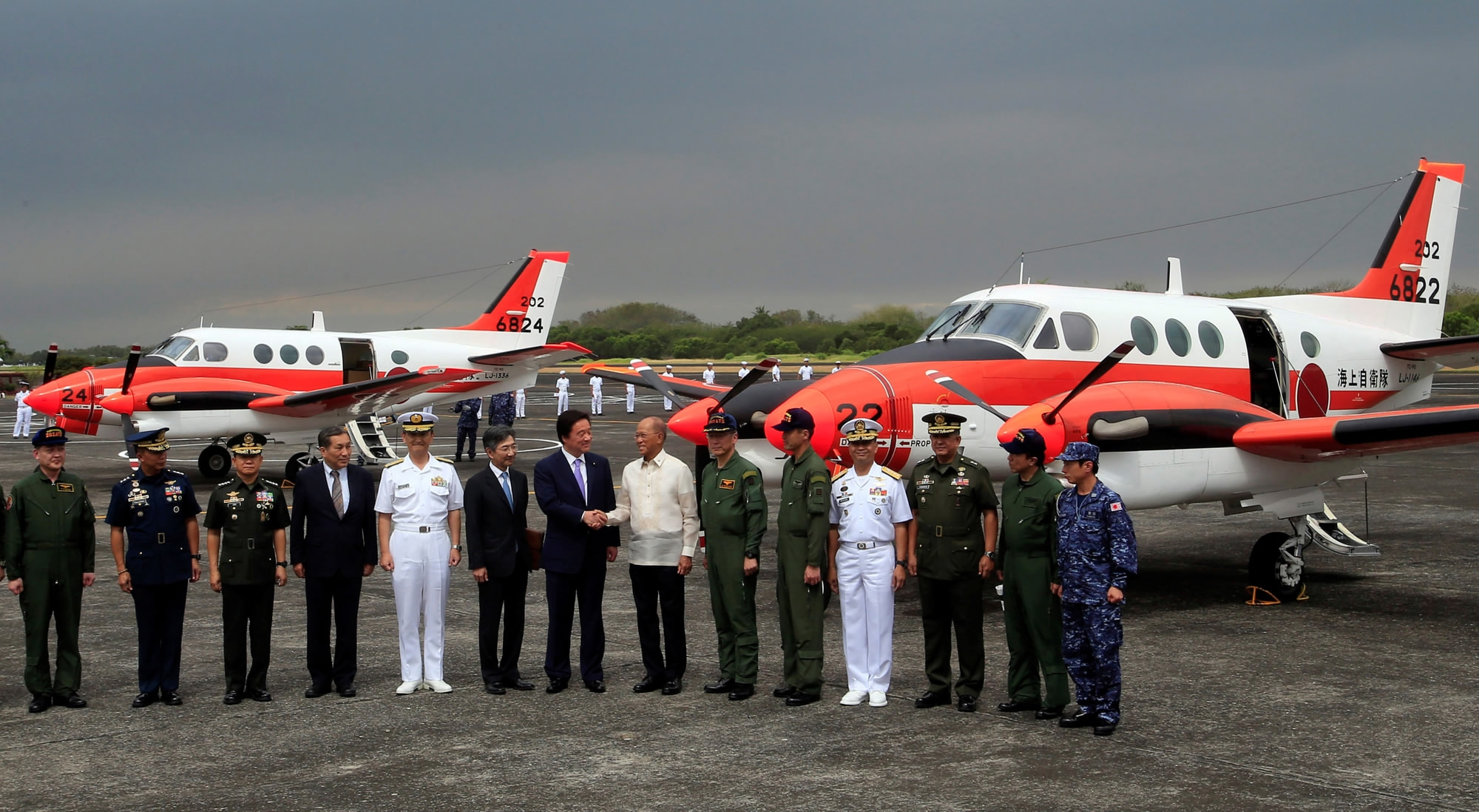 Philippine National Defense Secretary Delfin Lorenzana (C, right) greets Japanese Minister of Defense Kenji Wakamiya upon the arrival of the two Beechcraft TC-90 training aircraft from the Japanese Ministry of Defense (JMOD), during a transfer ceremony of the aircraft to the Philippine Navy at the Naval Air Group (NAG) headquarters in Sangley Point, Cavite city, Philippines on March 27, 2017. /CFP Photo
It is the first batch of a total of five TC-90 King Air advanced trainer aircraft that Japan's Ministry of Defense (JMOD) agreed to lease to the Philippine military in an deal signed with the previous Aquino administration in February 2016.
The remaining three units are expected to arrive by March 2018.
The Philippines will pay 28,000 dollars a year, pending a legal framework that will allow Japan to donate defense equipment to foreign countries.
The two aircraft left Japan on March 23. They were flown by Japanese pilots and made stops in Laoag Airport and Villamor Airbase before reaching Sangley Point. 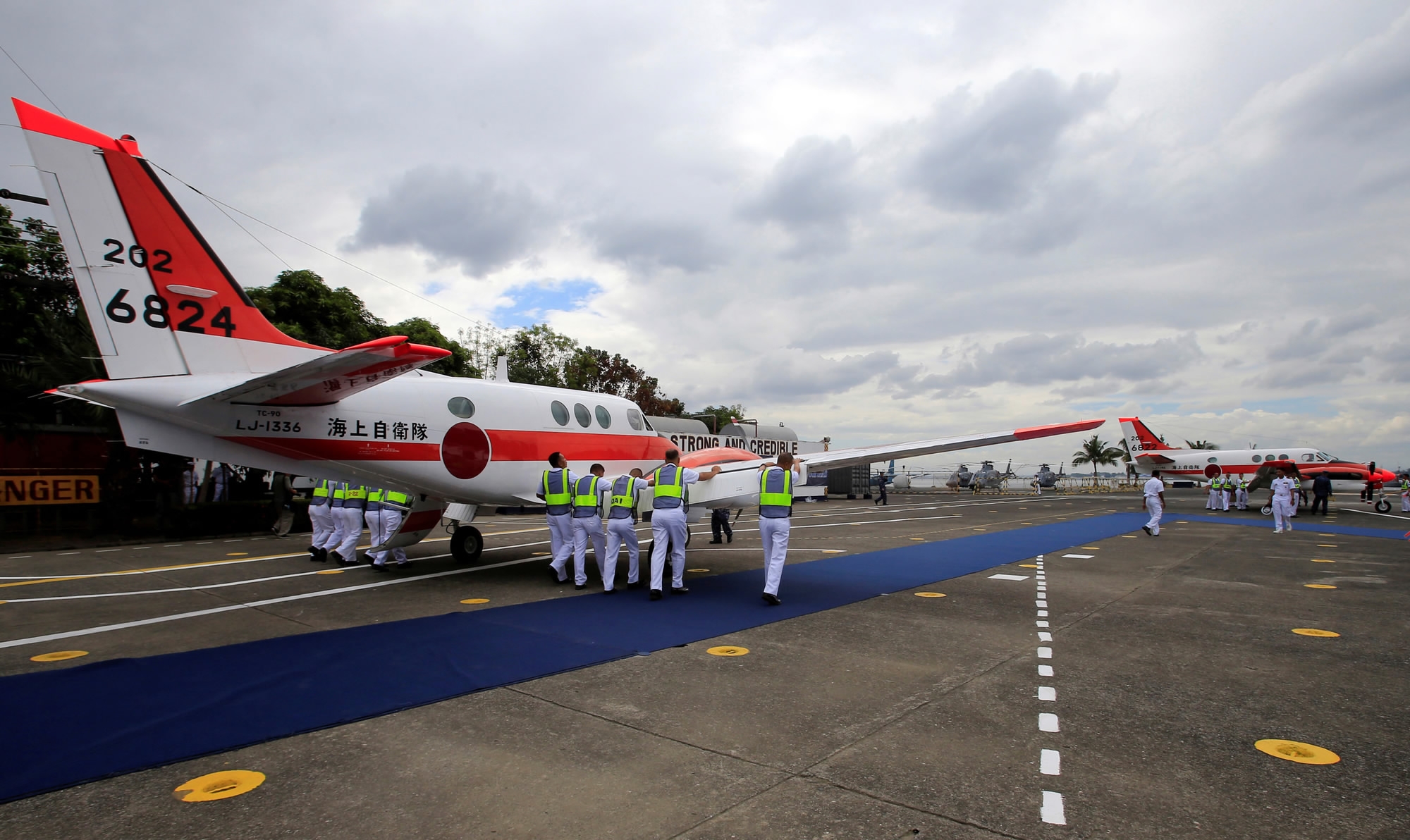 Members of the Philippine Navy push one of the two Beechcraft TC-90 training aircraft units during the transfer ceremony to the Philippine Navy at the Naval Air Group (NAG) headquarters in Sangley Point, Cavite city, Philippines on March 27, 2017. /CFP Photo
Last November, two PN pilots and six more PN maintenance personnel left for Japan to begin their TC-90 training.
The TC-90’s patrol range is double that of small Philippine aircraft which only have a maximum range of 300 kilometers.
"These TC90 aircrafts are leased from the JMOD to allow the Philippine Navy to enhance its capability in humanitarian assistance and disaster relief operations, limited transport, and maritime domain awareness including maritime air surveillance and intelligence surveillance reconnaissance," said PN spokesperson Lued Lincuna.
Military publishing firm Jane's reported in March 2016 that the TC-90s will not be weaponized and are expected to feature only basic surveillance systems. However, this represents one of Japan's first programs to transfer military aircraft since the country lifted its defense export ban in 2014.
2864km
Copyright © 2017