Surveillance video footage of a fight that broke out in a restaurant in Dalian, northeast China last Friday after a university student appeared to kick a noisy child has divided opinion over who was to blame for the violent incident.
With both the student and the four-year-old girl’s mother coming in for vicious criticism online since the clip went viral, the case has also highlighted a worrying trend for cyberbullying in China.
While many have condemned the student, others have rebuked the child’s mother for responding with violence and her failure to control the child in the first place. 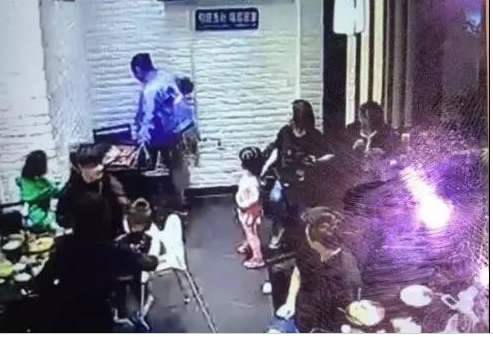 The university student kicked out at the child hiding behind a chair. /Screen shots of the video footage posted by Song in her WeChat
A young woman in a blue denim jacket, who was later identified by police as a local university student surnamed Fan, was captured in the footage getting up from her seat and kicking out at the child, who was hiding behind a chair. The girl had reportedly screamed several times during a hide-and-seek game, which disrupted Fan’s dinner with her boyfriend.
Fan was also seen throwing a water bottle at a friend of the mother who was holding the girl. 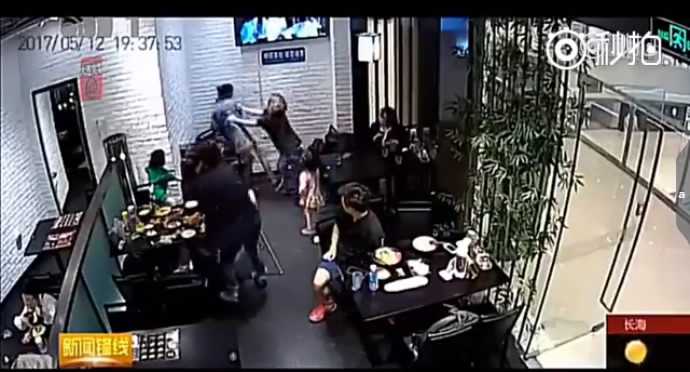 The mother of the four-year-old girl fought with the young woman. /Screen shots of the video footage in a local TV program
The mother, surnamed Song, fought with Fan before restaurant workers rushed in to try to break up the two. 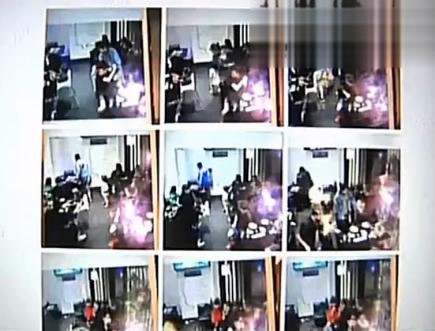 Photos posted by Song in her WeChat
The case came to netizens’ attention after Song posted her account of the incident along with several screenshots of the surveillance footage provided by the restaurant in her WeChat instant-messaging application last Saturday. 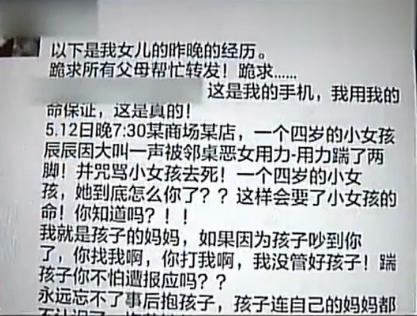 Song's WeChat post
“I’m the kid’s mother. Why don’t you beat me for not being able to control my child instead of kicking her?” Song wrote.
She said her little girl was too intimidated to talk to her afterwards. She also left her phone number at the end of the post and called for people to help her track down Fan.

Netizen's comment on Weibo
“The student’s behavior is extremely outrageous. She does not even deserve to be called a human being, let alone a university student,” said someone with the screen name @YYtianshideyanlei on the Weibo platform.
@BottleJin backed the stance, saying, “You are a beast for first kicking her and then throwing the bottle of water.”
Fan said in an interview with China Youth Daily on Monday that she had not actually kicked the girl, but rather the chair she was hiding behind. She added that she would also like to apologize and offer some compensation to the family. 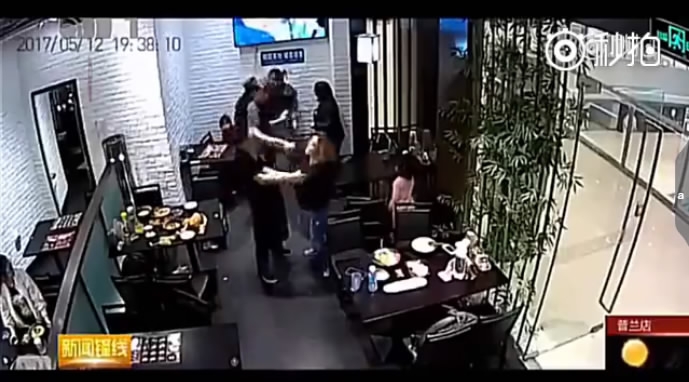 Netizen's comment on Weibo.
“Song was malicious in distorting the facts and instigating netizens to criticize the student. The girl has apologized – what else do you want? Do you think you yourself did nothing wrong?” @wwliangtu asked.
@yehenalawen said Song should focus on disciplining her child rather than attacking others. 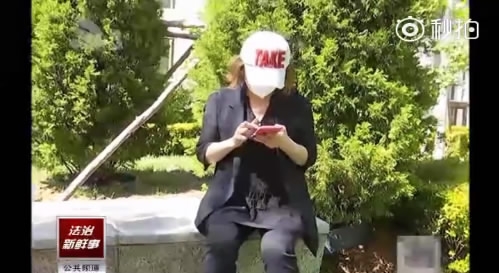 Song looks at her phone bombarded with cursing messages and calls. /Screen shots of local TV program
Song told local media her phone is now bombarded everyday with hundreds of calls and messages cursing her behavior. 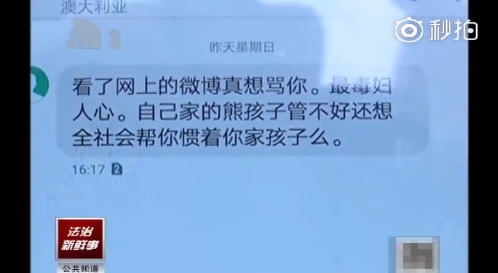 Cursing message Song got on her phone. /Screen shots of the video footage in a local TV program
Claiming to have apologized to the waiter right after the incident, Song said in the interview that she could not understand why people continued to abuse her for protecting her child.
“How could I stand by and call the police at the sight of my child being beaten?” she asked.
Copyright © 2017